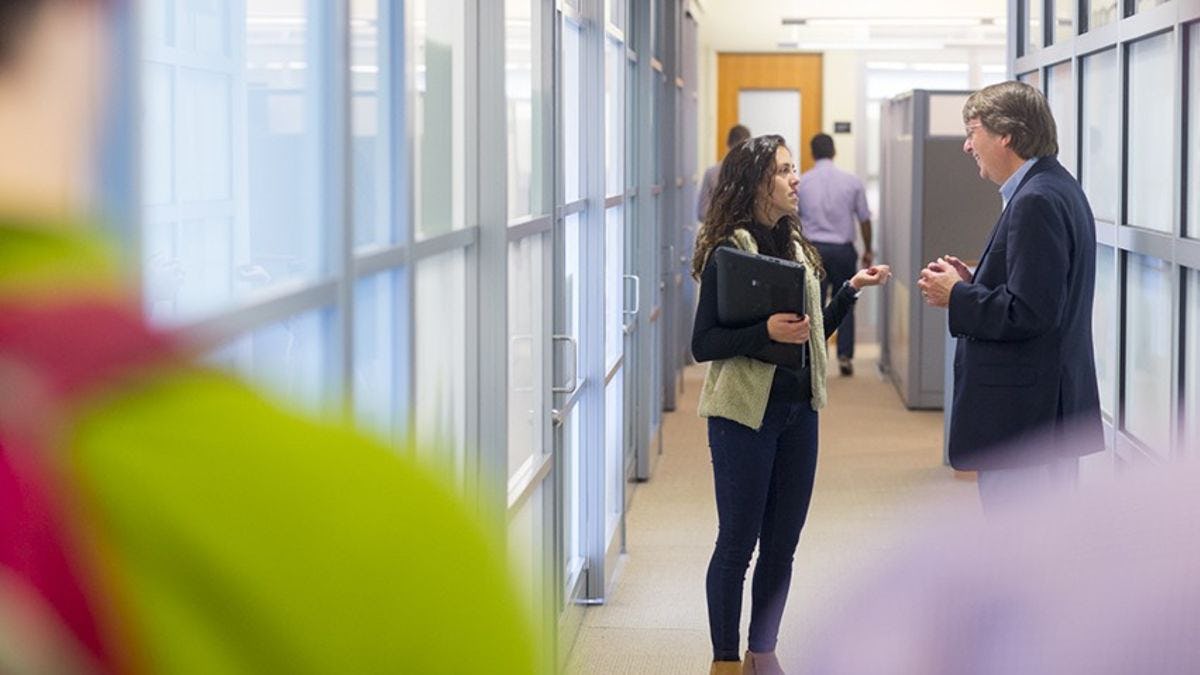 Katti Thomasian, left, speaking with Dr. Kevin Ryan in the Babbio Center at Stevens. 'No matter what company you're applying to, everyone is looking toward technology for the future,' she says of her degree.

Sometimes, the most valuable lesson you get from an internship is that the career you thought was such a good fit isn’t right for you after all.

Katti Thomasian can tell you all about it.

Now a senior at the School of Business at Stevens Institute of Technology, Thomasian completed an internship at a well-known bank during her sophomore year that left her feeling unfulfilled.

Fortunately, at Stevens — with its location just outside New York City and its curricular emphasis on technology and innovation — many business students complete multiple internships, and Thomasian feels much more assured after spending her most recent summer with the online retailer Jet. 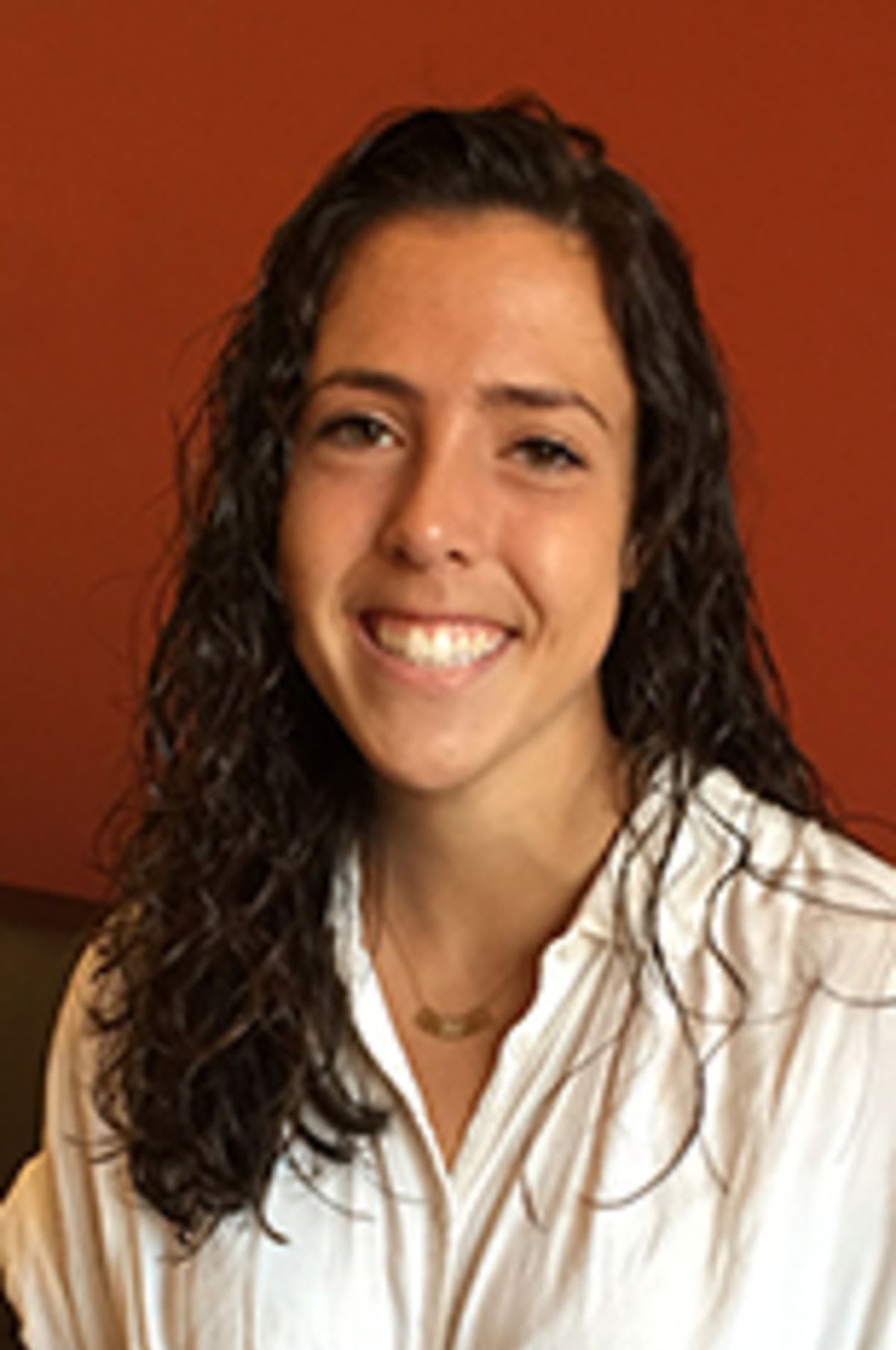 “I got to look at some new disruptive technology products, which was really interesting,” she said. “It’s a research project that’s pretty much everything you think of when you think of Stevens and how everything is about cutting-edge technology.”

Like many Stevens students, Thomasian has benefited from a Stevens Career Center that supplies résumé writing assistance and interviewing strategies, but her work with Jet was the result of a School of Business career panel on fashion and e-commerce. The event included speakers from Liz Claiborne, Louis Vuitton and others; after the event, Thomasian connected with Marcie Cheung, an associate director at Jet who ended up being her manager.

“The Business & Technology major is not a traditional business degree,” Thomasian said. “That concentration in technology is such a differentiator, and so is the culture at Stevens — it opens us up to different technologies and opportunities out there. And no matter what company you’re applying to, everyone is looking toward technology for the future.”

At Jet, Thomasian worked as a category specialist on the women’s intimate apparel team. In addition to more routine tasks like pulling reports, coding and working with buyers, she was able to get into comparative pricing and the disruptive projects research — “things like drones; basically, anything that might create waves in either the e-commerce or the fashion industries,” she said. For instance, fashion companies are increasingly looking at online 3D modeling for consumers, to help them judge how clothes will fit them — increasing sales and curbing returns.

We have professors who are working in technology companies and in high-tech roles in other industries, which gives us amazing insights in class.
Katti Thomasian '18, intern, jet

One job responsibility that took some getting used to was just how much control she enjoyed over product listings — not only on the company’s website, but on Wal-Mart’s, which purchased Hoboken-based Jet in 2016.

“Any changes I made would go immediately to the site,” Thomasian said. “At first, it was very nerve-wracking, now I’m a lot more comfortable with stuff like that, and I make changes on a daily basis.”

A project of which she was most proud was a top-to-bottom rebuild of the retailer’s watch segment, which involved evaluating product images, title syntax, descriptions and specifications to improve the customer experience.

“While I was working on that, I was tracking the sales of our top 200 watches, and in the three months after the cleanup, our sales skyrocketed,” she said. “A watch that was selling maybe 11 units a month is now 200 units a month. Being able to see the numbers, to see that all my Excel work was making a difference, was incredibly validating.”

She credited her Stevens coursework and professors with preparing her to embrace the responsibilities Jet extended to her during her internship — and currently, as she’s returned to the retailer for part-time work as she wraps up her academic career.

“We have professors who are working in technology companies and in high-tech roles in other industries, which gives us amazing insights in class,” Thomasian said. “They know so many people, which makes it easy to get introduced to someone in whatever industry you’re interested in.”

Thomasian said she’s not sure what she’ll be doing after graduation, but she’s certain it will incorporate technology in some way.

“I definitely want to stay in the field of technology for sure — everything’s moving that way,” she said. “I’m confident my experience with Jet and my Business & Technology major will give me an edge in finding the right job for me.”