To Retain Top Employees, Give Them the Skills They Need to Leave 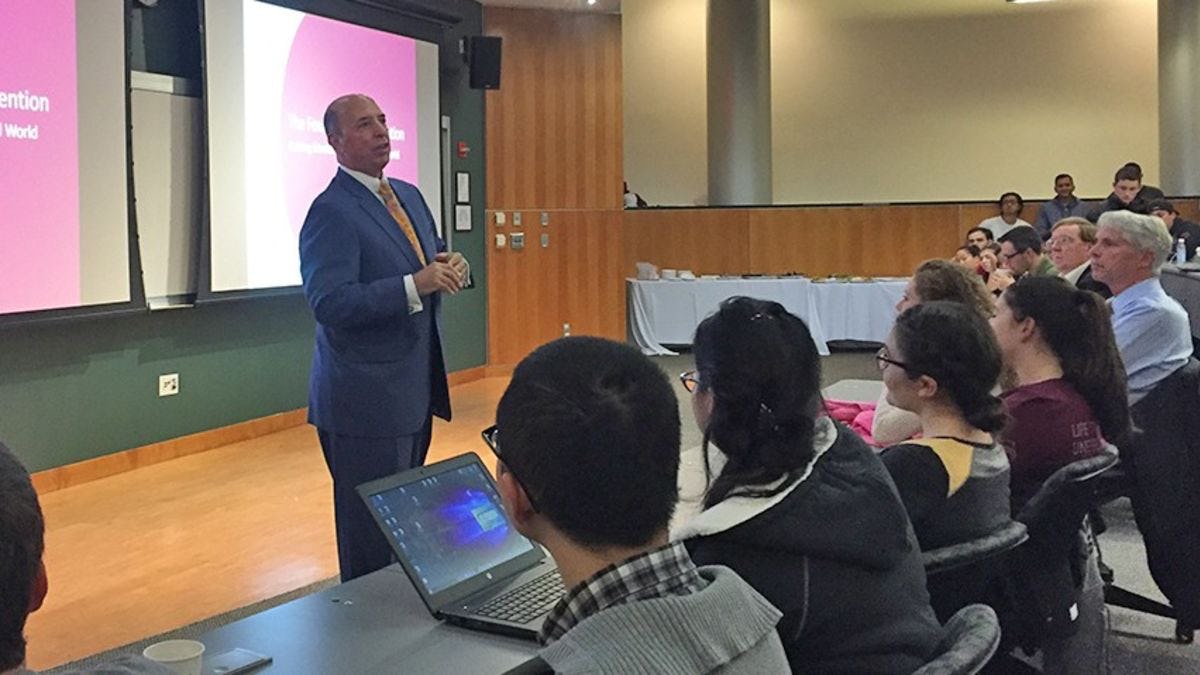 Fran Dramis speaking to a standing-room-only auditorium at Stevens. He shared lessons from his long career in leadership with students in the School of Business.

In Heath Lecture Series, Fran Dramis Shares His Insights from a Successful Career in Leadership

When he was a young executive at AT&T, Fran Dramis got a clear sense of how the business world was changing.

When the telecommunications giant hired him in the 1970s, the company boasted it had never laid off a single employee. But on his first day as a manager with the company, he was told he had to reduce his team’s headcount by 40 percent to 50 percent.

In the subsequent meeting with the staff, he remembers telling his team, “You’re the sixth-largest technology organization in the U.S. My job is to make you the 12th largest.” 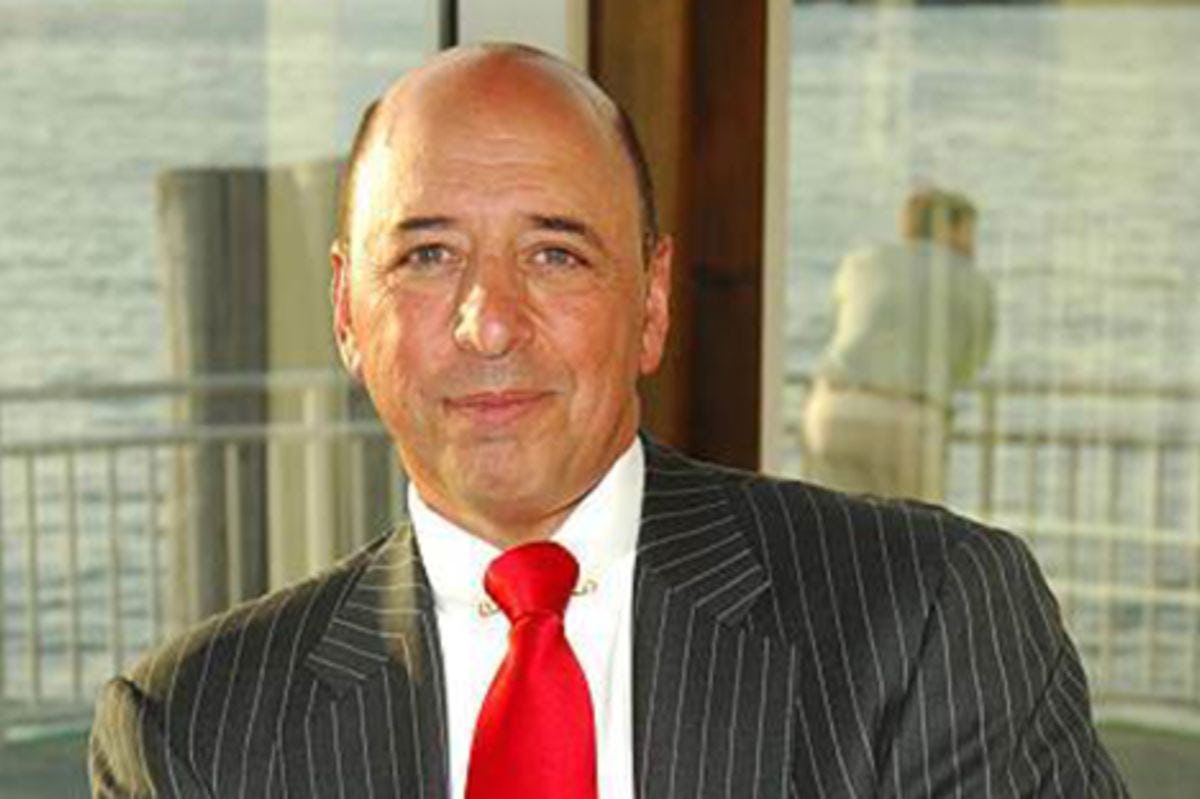 In his talk, Fran Dramis encouraged students to look for jobs that challenge them to be strategic: 'When the downsizing happens, the people who get eliminated are the support people.'

In his talk, part of the Heath Lecture Series at the School of Business at Stevens Institute of Technology, Dramis talked about how that assignment began to shape his understanding of leadership, as well as of retention. He told a lecture hall packed with students that in an age where the social contract between corporations and their employees is long gone, they needed to start thinking about how their career paths could align to their business life goals.

The average tenure of a chief information officer — the title he held at BellSouth — is five years, Dramis said, and the average employee stays with that CIO for less than three years.

“I tried to figure out how to retain the people I wanted when I couldn’t offer them job security,” Dramis said. “You have to increase their marketability, help them learn new skills — give them life security, not job security. If you give someone life security, they’ll stay with you. Those are the kinds of jobs you want to look for when you’re starting out — jobs that give you new skills and techniques to make you marketable across industries.”

'He gives you the ability to leave, but you don't' 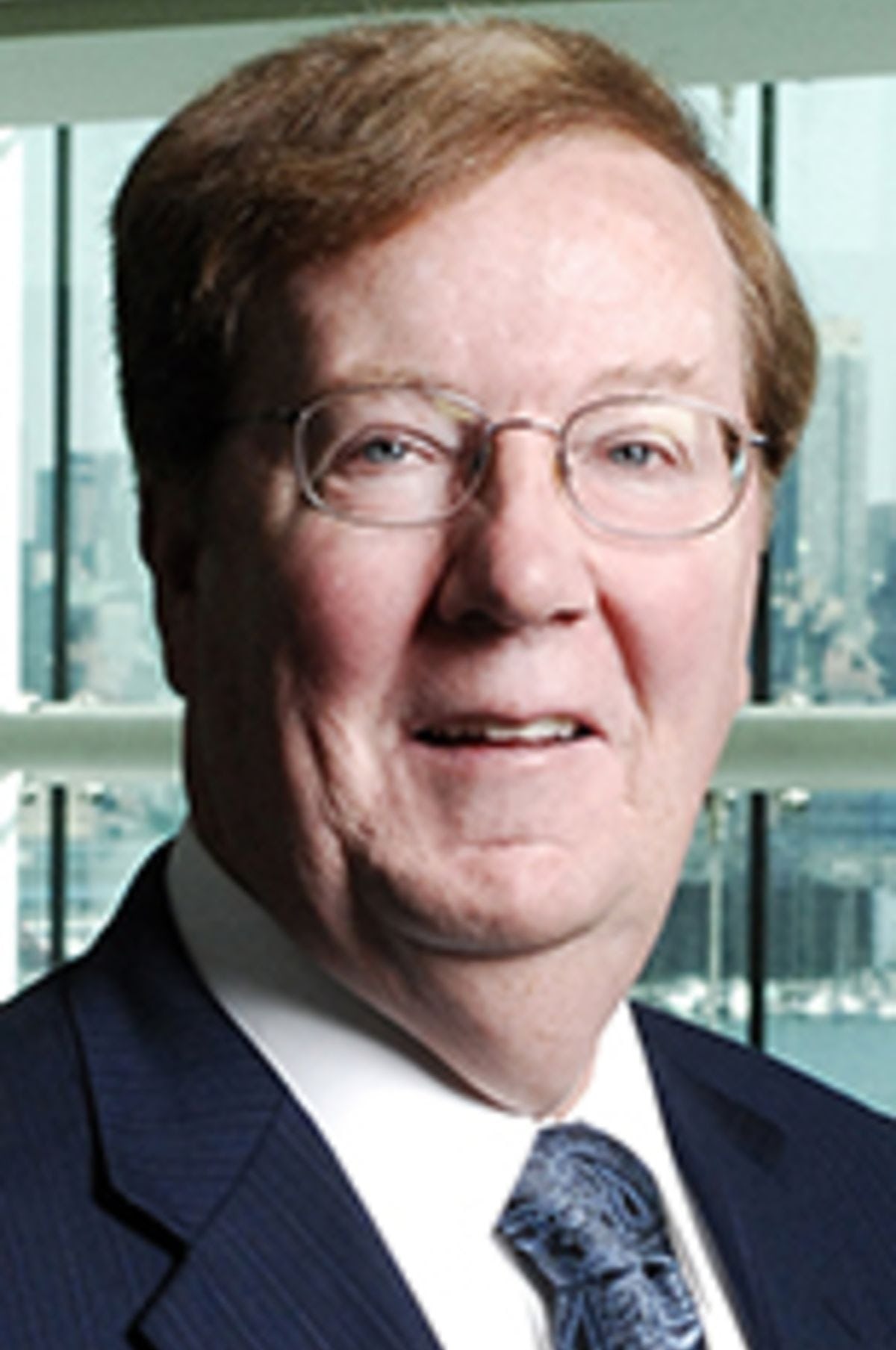 In introductory remarks, Professor Michael Parfett, an information systems expert with three decades of corporate experience, described Dramis — his former manager on several jobs — as someone who worked hard to create such opportunities for his employees.

“He kept asking me if I was updating my résumé. No other boss has ever asked me to do that,” Parfett said. “People do that when they’re getting ready to leave. In his book, it’s part of his technique — he gives you the ability to leave, but you don’t want to.”

Dramis, who also held leadership positions at Salomon Brothers, CitiBank, Coopers & Lybrand and elsewhere, talked about the need to make employees strategic and create a culture of shared values in order to get buy-in and encourage top performers to stay.

“You want to be strategic, not stuck in the back office,” he said. “When the downsizing happens, the people who get eliminated are the support people, not the strategic people. Your job as a leader is to make your organization and your employees strategic. Don’t go to work someplace that doesn’t offer you that, or you’ll be the first to be laid off.”

Technology's impact on the job market

Students asked Dramis a number of questions about growing strategically and competing for jobs in a marketplace that’s fast changing as a result of the introduction of new technologies and analytical techniques that give decision-makers key insights about their customers.

“We’re rapidly moving to a digital society, where the interaction between business processes and digital enhancement is creating incredible opportunities,” he said. For humans, the implications of that are not yet understood — restaurant owners, for instance, say alcohol consumption has increased as Uber has become more prevalent. “How do you deal with that, from a business process standpoint,” Dramis said. “How do you make it so unintended consequences become intended? That’s what I mean about preparing yourself to be strategic.”

And it doesn’t mean any job in technology is one you’ll hold your whole career, he warned students.

“Tesla, a lot of people would say is a great place to work — but they cut 300 jobs just last week,” he said. “No company will hire you and tell you you’ll be there for the next 30 years. You have to take responsibility for your own life security.”

The Heath Lecture Series is named for Stevens alumnus A. Roy Heath, who believed virtues like honesty, loyalty and teamwork are as essential as technical prowess when managing technical enterprises. Speakers in this series exemplify the leadership traits Heath considered crucial for success.