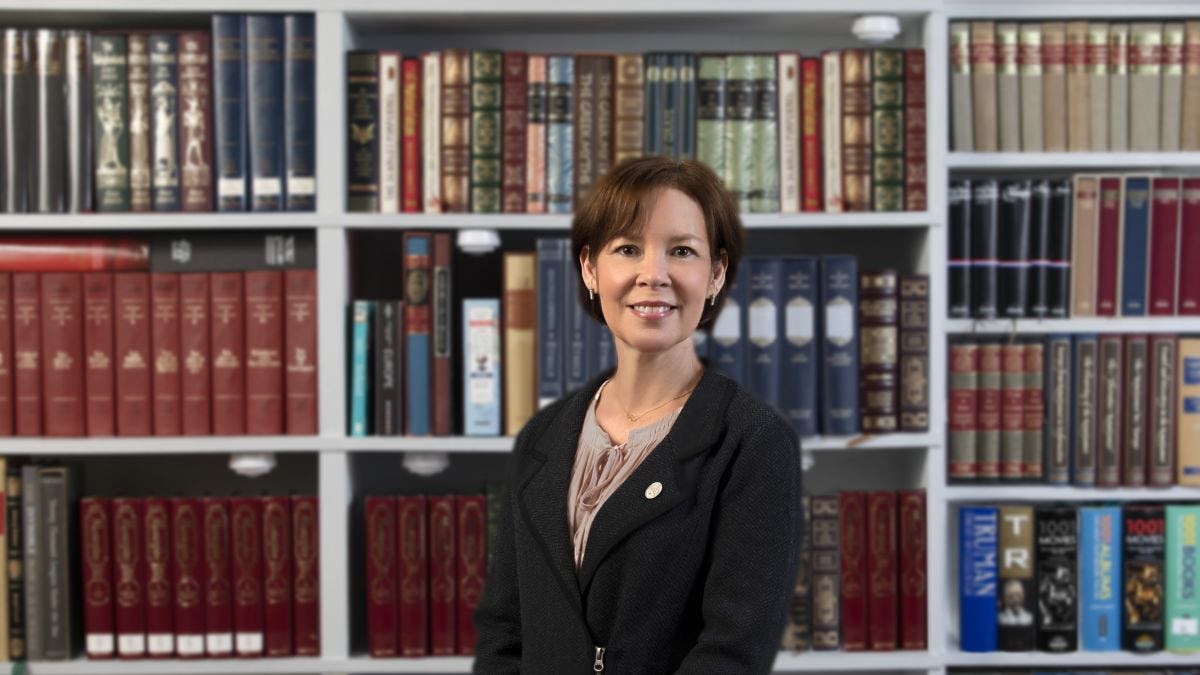 Beth McGrath, an accomplished 33-year veteran of the Stevens community who has served as a key member of the president’s office and president’s cabinet since 2012, will lead the newly-created Division of University Relations.

Beth McGrath, an accomplished 33-year veteran of the Stevens community, will lead the newly-created Division of University Relations while also retaining duties as chief of staff

(Hoboken, N.J. – Nov. 19, 2020) – Stevens Institute of Technology President Nariman Farvardin announced the creation of the Division of University Relations, a new organizational structure at the university that will encompass central communications and marketing, campus communications, government relations, community relations and a university hub for corporate relations. The new division will be led by Beth McGrath, an accomplished 33-year veteran of the Stevens community who has served as a key member of the president’s office and president’s cabinet since 2012.

“It would be difficult to imagine anyone better suited by knowledge, temperament and direct experience to serve in the role of vice president for university relations,” said Farvardin. “Beth’s knowledge of local, state and federal government affairs, of strategic communications, and of issues of concern to higher education and to the Stevens community, will enable her to build and lead the newly-created Division of University Relations.”

McGrath will be responsible for the strategic integration of the university’s internal- and external-facing communications and alignment of these operations with the priorities and knowledge base within the Office of the President. As a result of the substantial growth of marketing, communications, engagement and outreach across the university, a key objective of this new organization is to facilitate tighter coordination and closer collaboration with the other divisions that engage with external constituencies. McGrath will also launch a new corporate relations effort to serve as the hub for corporate engagement across the university. The creation of the new division was solidified after a review process that solicited input from university leadership, internal partners and clients, Trustees, other stakeholders and external experts.

“The creation of the Division of University Relations presents a strategic opportunity to tell the compelling story of Stevens’ ascent and to engage with key constituencies in an integrated and powerful way,” said McGrath.  “I look forward to facilitating these connections among internal stakeholders and external partners to fulfill Stevens’ greatest potential for our students and our community.” McGrath began her duties as the vice president for university relations on Nov. 9, 2020.

In 2012, McGrath joined the Office of the President as chief of staff and became vice president of government and community relations/chief of staff in 2018. In these roles, McGrath has contributed significantly to the development and oversight of the university’s 10-year strategic plan. She also played a pivotal role in securing approval of several critical university projects, including the Gateway Academic Center, the Babbio Garage expansion and new zoning which enabled the construction of the University Center/Student Housing project.

In previous Stevens roles, McGrath also served as the executive director of the Stevens Center for Innovation in Engineering and Science Education (CIESE) where, over nearly two decades, she conceptualized and developed proposals leading to $25 million in external funding, including a New Jersey statewide effort to require engineering as part of the K-12 curriculum. Under McGrath’s leadership, CIESE also received the President’s Award for Excellence in Science, Mathematics, and Engineering Mentoring, conferred in an Oval Office ceremony by President Obama in January 2011.

McGrath began her career at Stevens in 1987 in the unit then known as the Office of Marketing and Communications. She was later promoted to director of marketing and communications and in that role, supported undergraduate student recruitment and development and alumni engagement efforts; created award-winning institutional advertising campaigns; increased media coverage; and conceptualized and managed a number of significant university events.