To Be Successful, Organizations Should Let Introverts Be Introverts, Says Stevens Speaker 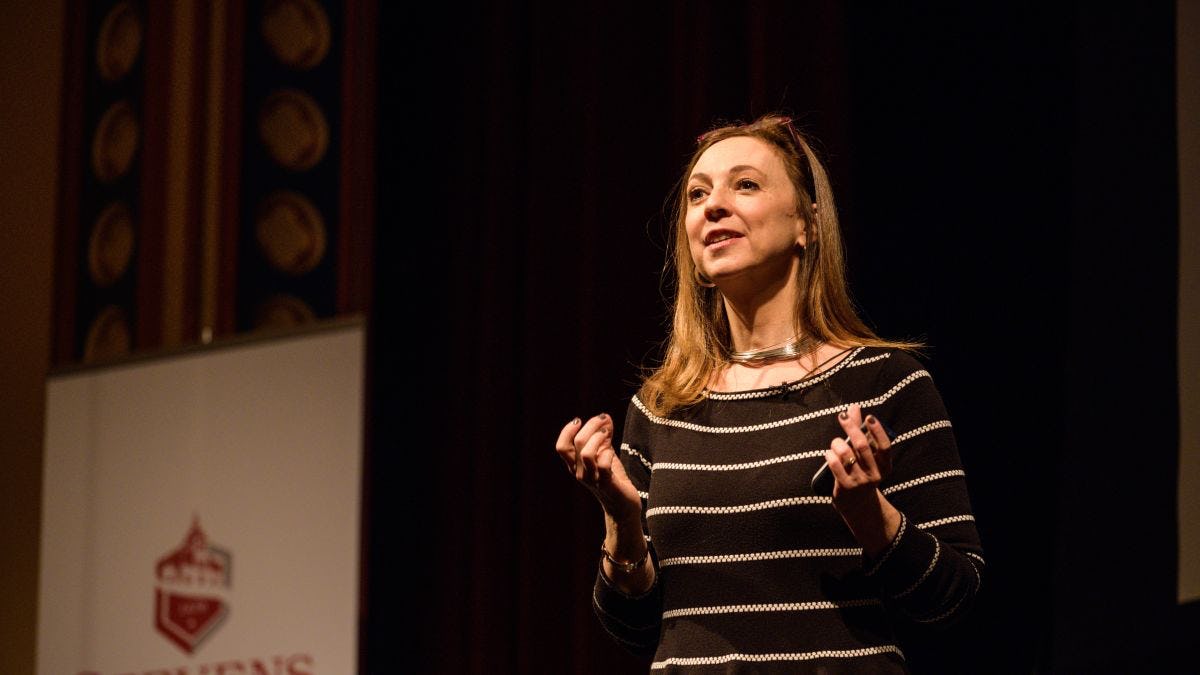 Introverts make up a third to a half of the workforce yet businesses waste time and money prodding introverts to act like extroverts, says best-selling author Susan Cain

The bias in a global culture that tilts excessively in favor of extroverted behavior is harmful not just for introverted individuals, but for institutions across the board, according to Susan Cain, the fourth speaker in Stevens Institute of Technology's Excellence Through Diversity Lecture Series December 12.

The series, launched in 2014, seeks to introduce thought-provoking ideas and perspectives on the value of diversity and the importance of an inclusive teaching and learning environment at Stevens.

Cain’s talk, titled “Quiet: How to Harness the Strengths of Introverts to Transform How We Work, Lead and Innovate,” centered on the fundamental differences between extroverts and introverts in the ways they cognitively interact with the world and how those differences play out in the workplace and in the classroom.

Along with her New York Times best-sellers Quiet Power: The Secret Strengths of Introverts and Quiet: The Power of Introverts in a World That Can’t Stop Talking, Cain’s discussions of the topic have won worldwide acclaim. Her record-smashing TED lecture has been viewed more than 20 million times and was named by Bill Gates as one of his all-time favorite talks.

“With National Science Foundation (NSF) funding and the enthusiastic support of President Nariman Farvardin and Provost Christophe Pierre, we invited Susan Cain here today because how we interact with each other really matters,” said Susan Metz, executive director of diversity and inclusion at Stevens.

For most of her life, Cain was told repeatedly she needed to break out of her introverted shell to model her behavior to be more like extroverts – outgoing, outspoken and even “rowdy,” she revealed. It was a message that steered her to a career as a Wall Street lawyer instead of as a writer — a mistake, she later realized.

There is no such thing as a one-size-fits-all environment. We need to be thinking day by day, team by team, office design by office design, how we can set things up so that there are varying levels of stimulation.
susan cain

In the workplace, this bias toward extroverts consistently rewards big personalities and favors "group think" – allowing the most vocal and assertive people to dominate meetings and affecting how companies hire, manage teams and develop leaders, she explained.

“There have been a whole bunch of studies that have come out over the years showing that most people believe that introverts make inferior leaders and are passed over for leadership positions. On the other hand, there is another set of studies showing that introverts in leadership positions often deliver outsized performance returns,” she explained, citing Warren Buffet and J.K. Rowling as examples of highly successful introverts.

Introverts make up a third to a half of the workforce, yet most workplaces are structured in ways that are counterproductive to how they create, innovate and problem solve, she pointed out. Not surprisingly, Cain isn’t a fan of open-plan workspaces where employees are in full view of each other all day, all the time.

Extroverts thrive in an environment where activity is happening around them, while introverts are most “switched on” when they are left alone to work and think, she explained to distinguish the two different creative styles.

The workplace imbalance between extroverts and introverts is particularly acute in meetings where three people often do 70 percent of the talking, she continued, citing a Kellogg School of Management finding.

“There is no such thing as a one-size-fits-all environment. We need to be thinking day by day, team by team, office design by office design, how we can set things up so that there are varying levels of stimulation.” 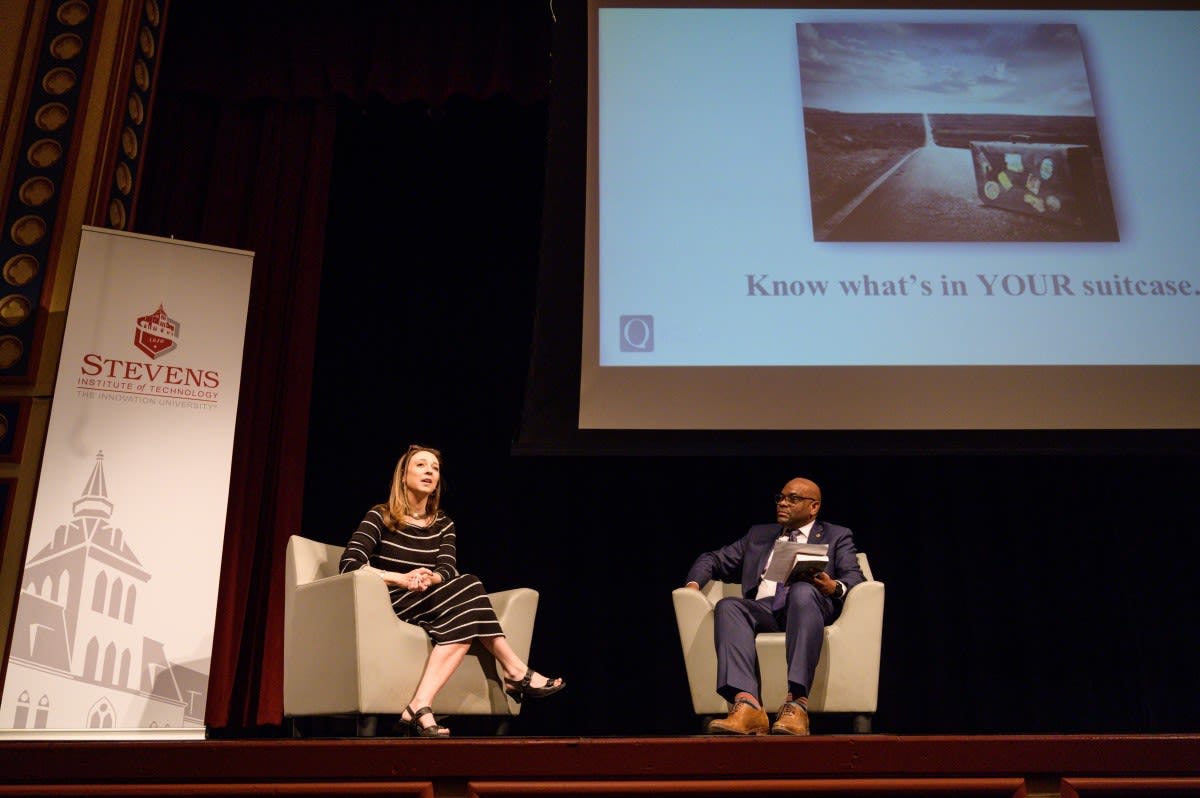 Susan Cain participates in a Q and A moderated by Warren Petty, vice president of human resources at Stevens

Cain concluded her talk by imparting some words of advice for members in the audience: identify individuals who are “super-talented, dedicated and committed” but not necessarily “natural leaders,” and find out how to help move them to the next level.

At the conclusion of the lecture, Cain participated in a Q and A period moderated by Warren Petty, vice president of human resources at Stevens, responding to questions that emerged from book group discussions held on campus by faculty, students and staff during the prior month leading up to the event.

The questions elicited responses related to best practices for creating more effective collaboration and opportunities for hybrid decision-making on campus.

“Susan challenged and encouraged introverts to step out of their comfort zones from time to time to engage in discussions and offer their perspectives, and called on extroverts to dial down their own behavior and create an environment where everyone is engaged and invited to speak. Getting to know your colleagues helps mitigate some of the challenges introverts and extroverts have when they interact with each other. That’s something we can all make an effort to do,” said Metz.

To learn more about the Excellence Through Diversity Lecture Series at Stevens, including past lectures and speakers, visit stevens.edu/diversityseries.