In May 2020 Stevens Institute of Technology Department of Biomedical Engineering assistant professor Antonia Zaferiou was named one of two recipients of the inaugural Stevens Presidential Fellowship.

Announced by President Nariman Farvardin and Provost Jianmin Qu, the Presidential Fellow recognizes early career faculty’s accomplishments in research, teaching and institutional service and their potential for contributions and impact in the future.

With a profound interest in biomechanics, Zaferiou conducts research as principal investigator of Stevens’ Musculoskeletal Control and Dynamics Lab, investigating turning and agile maneuvers among athletes and older adults who are prone to falling. This award is a reflection of Zaferiou’s accomplishments in understanding and improving human movement mechanics.

“I am honored to have our work celebrated and recognized with the generous support of the Presidential Fellowship,” she said.

In her youth, Zaferiou was a dancer, which she says helped ignite her interest in studying the mechanical components of the turns in dance.

“Dance training at a young age developed my ability to focus, provided me with a creative outlet and perseverance towards continual self-improvement. It also inadvertently taught me physics as I embodied the mechanics of movement,” she remarked.

This interest followed Zaferiou into her Ph.D. candidacy, in which her dissertation quantified the mechanical strategies and properties — such as angular momentum and force generation patterns — used during the turning maneuvers exhibited by dancers. 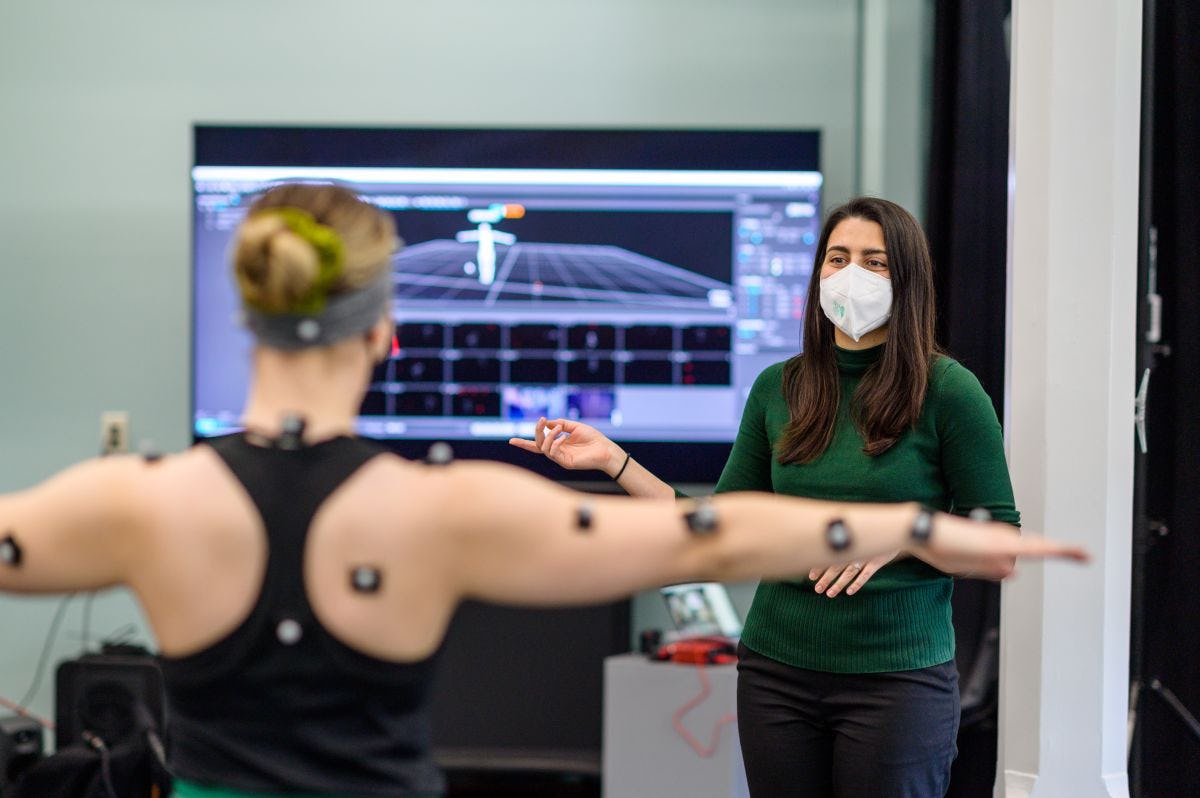 In the Musculoskeletal Control and Dynamics Lab, Stevens professor Antonia Zaferiou works with a dancer to determine how sound-based biofeedback can improve balance and agility.

Zaferiou’s current work focuses on designing movement-sensing technology to identify movement deficits and to train people to develop movement strategies that improve agility and balance via sound. Sonified (sound-based) feedback corresponding to movement translates biological sensor data into sound or musical responses (such as pitch). This sonified biofeedback leverages the roles that music and rhythmic cueing often provide in rehabilitation.

Zaferiou supervises three Ph.D. students: Mitchell Tillman and Zahava Hirsch, who focus on clinical applications of the research, such as for older adults with balance or mobility issues, and Sam Liu, who studies and analyzes sports mechanics. Her comprehensive team also includes master’s and undergraduate students, high school students, physical therapists and artists-in-residence.

AI as an ounce of prevention and personalization 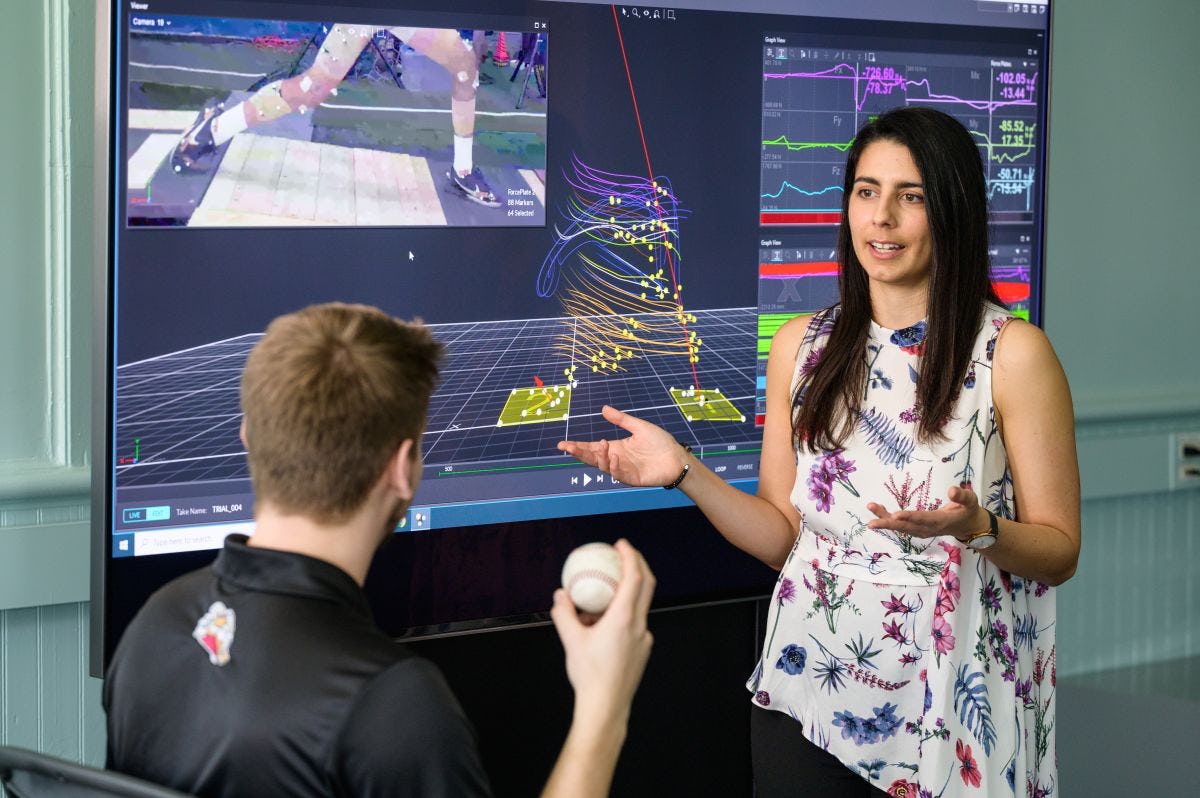 Antonia Zaferiou demonstrate stages of baseball pitching motion on a screen behind herZaferiou’s long-term vision for her work is to be able to offer proactive, preventative strategies before the onset of declining balance and agility in older adults. She also seeks to develop a collaborative AI system that balances the automation of machine learning and AI with the expertise of a clinician, such as a physical therapist.

“In the future we should be able to fully understand our movement patterns per individual and provide people with engaging and effective technology that helps people improve and preserve their movement patterns as part of ‘pre-habilitation,’ rather than relying on reactive clinical approaches that seek to fix issues after they arise,” she said.

Such technology, Zaferiou said, will collect more qualitative data to create musculoskeletal health solutions that are more personalized or automated to each individual.

While her current work targets older adults who may or may not be prone to falling but are otherwise healthy, in future she plans to extend her work to more vulnerable populations, such as those with neurological or developmental disorders.