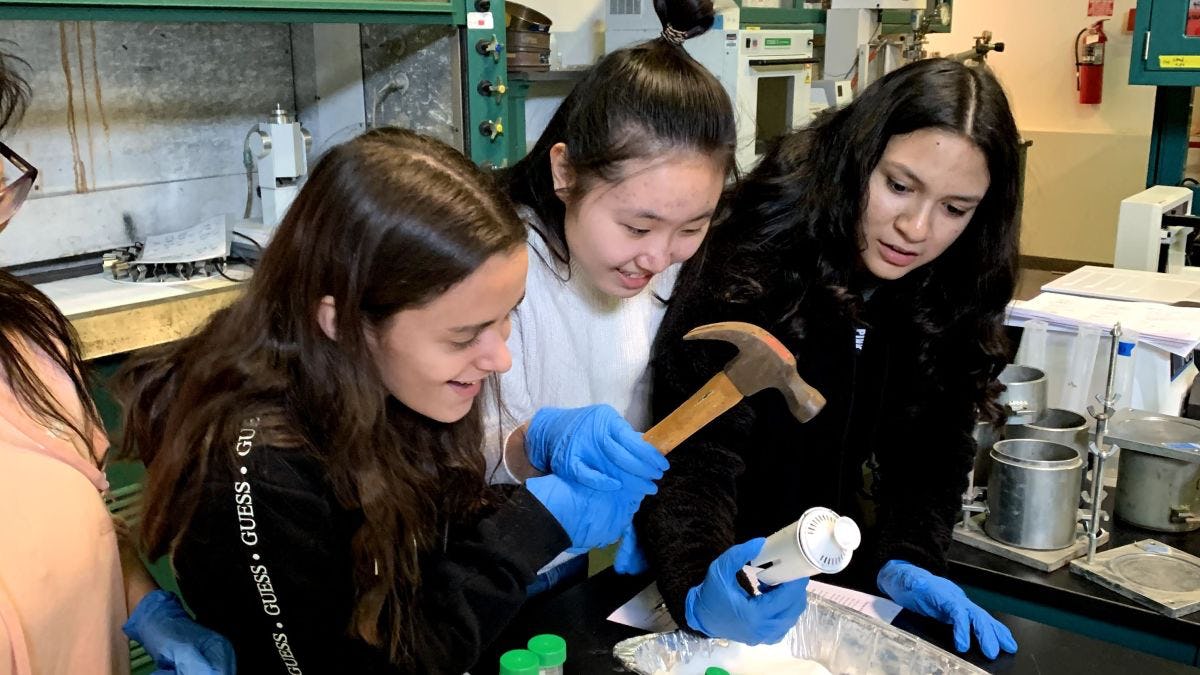 Art Harper Saturday Academy students strengthen their math skills, participate in project-based learning experiences, and get a taste of what undergraduate life would be like at Stevens — including work in campus labs, as seen here.

But for those who participate in Stevens Institute of Technology's Art Harper Saturday Academy — a multi-year program created to inspire and prepare high school students to pursue post-secondary education and careers in STEM-related fields — the rewards clearly justify the extra classroom time.

The Academy works with New Jersey high schools in under-resourced communities to identify talented students who are underrepresented in the STEM fields and may wish to consider a STEM degree and career. During ten Saturday sessions each year, students strengthen their mathematics skills, engage in project-based learning experiences and enjoy a taste of the college experience while interacting with Stevens student tutors and working in labs on the Stevens campus.

Students are eligible to begin the program as sophomores, and the program aims to keep students returning through their senior years of high school.

Giving the gift of opportunity 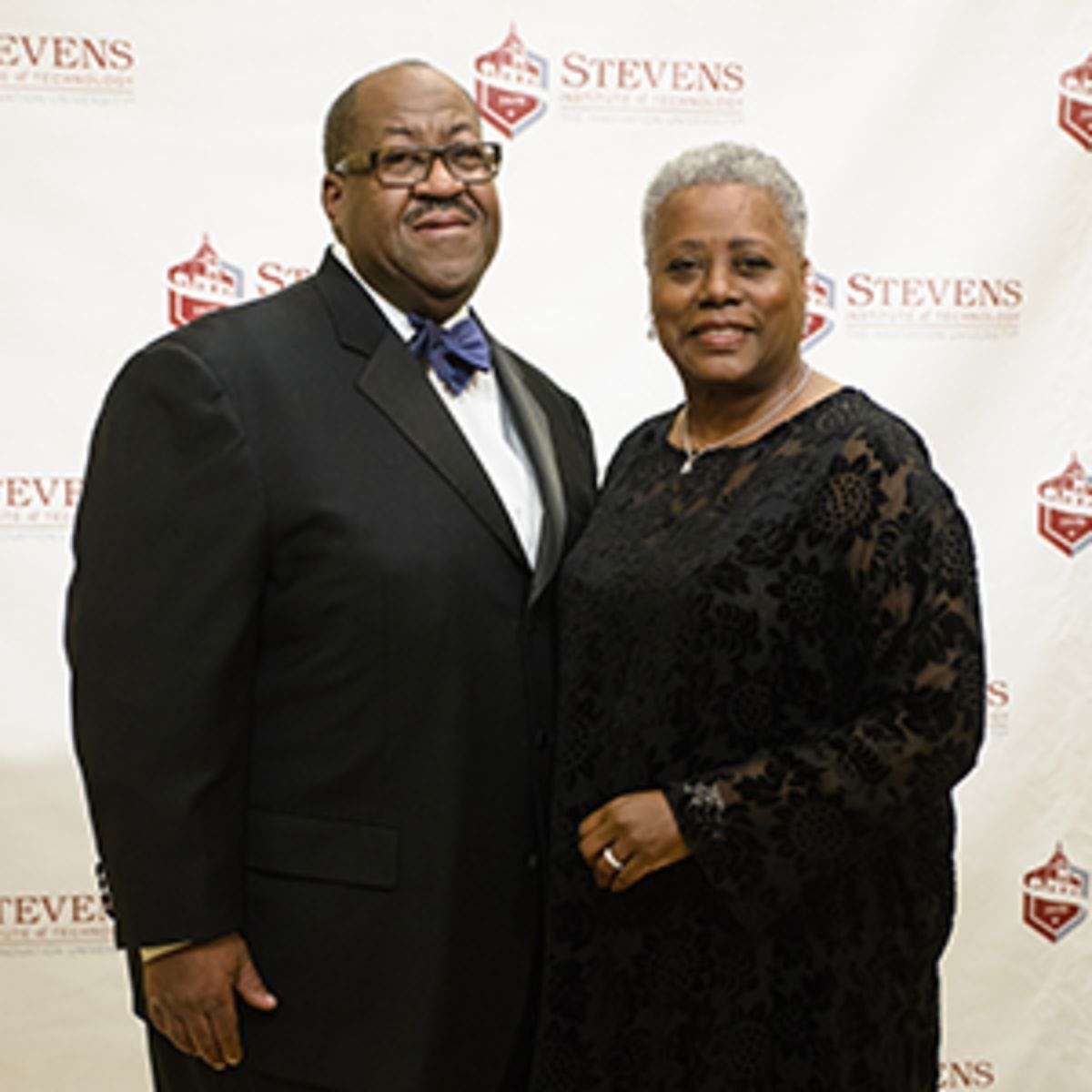 Art Harper ’78 with his wife, Linda, at the 2015 Stevens Awards Gala, where he received the International Achievement Award.

Named for the late Art Harper ’78, the program launched in 2019 thanks to a gift from Nate Davis ’76 and support from Art’s wife, Linda. Harper and Davis bonded during their time at Stevens through the Black Student Union, and through a shared commitment to giving back to their alma mater.

Both Davis and Harper have supported Stevens, especially with scholarships and initiatives in STEP, the Stevens Technical Enrichment Program (which Harper participated in as a student, and Davis supported as a tutor to local high school students). In 2017, Davis was a leading voice in creating ACES (Accessing Careers in Engineering and Science), which partners with local schools in underserved communities to steer interested students toward STEM learning. Following Harper’s passing in 2017, Davis was inspired to establish the Saturday Academy in his friend’s memory, creating opportunity for a new generation. “I am a lucky man,” Davis says. “I got an opportunity to go into all these fields and it changed my life … because of that, my dream is now to help others experience the same thing.”

The first year of the program, taking place during the 2019-2020 academic year, served 19 high school sophomores with great success. An analysis of pre- and post-academy math assessments showed that student performance scores increased by 42.9% on average from the beginning to the end of the year. Students, their families and school administrators gave the program high marks, citing increased confidence in participants’ academic abilities surrounding STEM and a clearer picture of their post-secondary education and career goals. While the final three sessions were held remotely due to the COVID-19 pandemic, all 19 students completed the program. 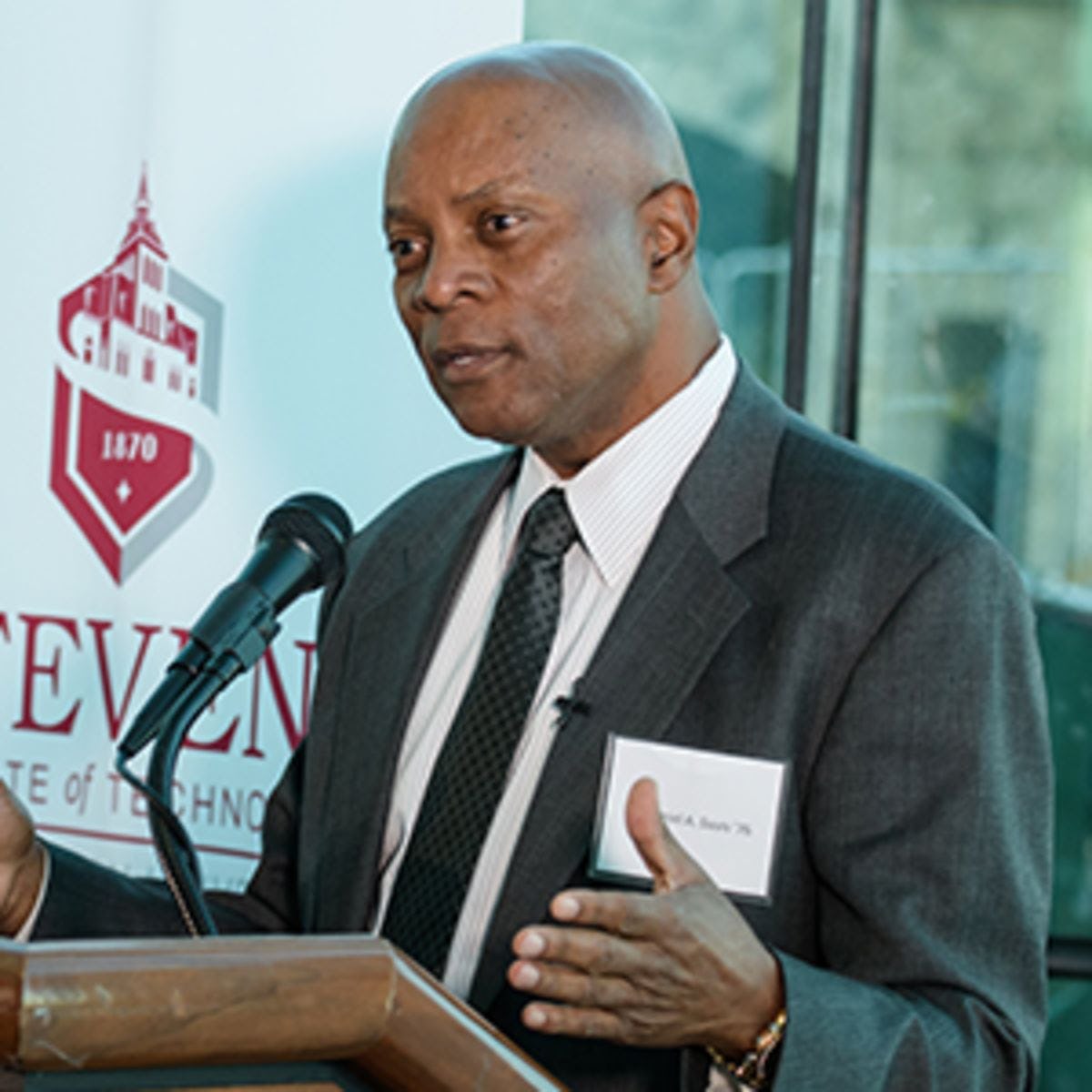 Most first-year participants returned to participate as juniors in the 2020-2021 academic year, along with a second cohort of 20 new sophomores. With pandemic restrictions still in place, Edlyn Thompson-Mettle, Stevens’ associate director for diversity programs, and her staff faced a daunting task: designing an immersive math and science curriculum to be taught entirely online. The team mailed supplies to the students and provided remote tech support to help them install software on their home computers.

Despite varying levels of equipment quality and Wi-Fi strength, Thompson-Mettle reports consistent attendance and engagement of all students as they tackle complex topics, including biomechanics and object detection using Raspberry Pi (a small device used to teach computer programming).

“These students are seriously committed” she says.

Many students lose their internet connection during class, so they log out and in intermittently throughout the lesson. Thompson-Mettle remembers a student disappearing from the screen after attendance was taken one day. When she reached out to check in, the student assured her that though her computer was down, she was on FaceTime with another program participant so that she could still watch the lesson.

“This is why I love the program and these students,” Thompson-Mettle laughs.

Grant Fowler, a Stevens senior, works with the Saturday Academy as a lab assistant and tutor for the project design component of the program.

“The most rewarding thing about the program has been to see that initial spark of curiosity when the students are interested in learning the topics we are teaching,” he says. “To pass down not only the knowledge, but also the mindset of seeking out knowledge … is so cool to see as a mentor and tutor for the students.”

In the face of a challenging pivot to virtual learning, Thompson-Mettle expects the program will demonstrate strong outcomes once again this year. In an April 2021 letter to Stevens President Nariman Farvardin, Nadia Makar, STEM supervisor at Jose Marti STEM Academy in Union City, New Jersey, marveled at the knowledge and confidence demonstrated by Saturday Academy students during an end-of-year project presentation.

“It was very inspirational,” she wrote. “This program is preparing future engineers and next generation leaders ... Pre-college programs are so important, especially to students in inner city schools. Besides the content that the students learn, the program helps the participants to develop the skills that will help them to succeed in the STEM fields. It also helps them to build their self-confidence and self-esteem.”

The hard work of the Art Harper Saturday Academy staff combined with the dedication of student participants are a fitting tribute to the man who inspired it. “No one who is successful does it alone; you need help along the way,” Harper once said. “I’ve been blessed to be surrounded by great people who’ve helped me along the way. It all started at Stevens with the great education I got there.”

Saturday Academy students describe the program in their own words 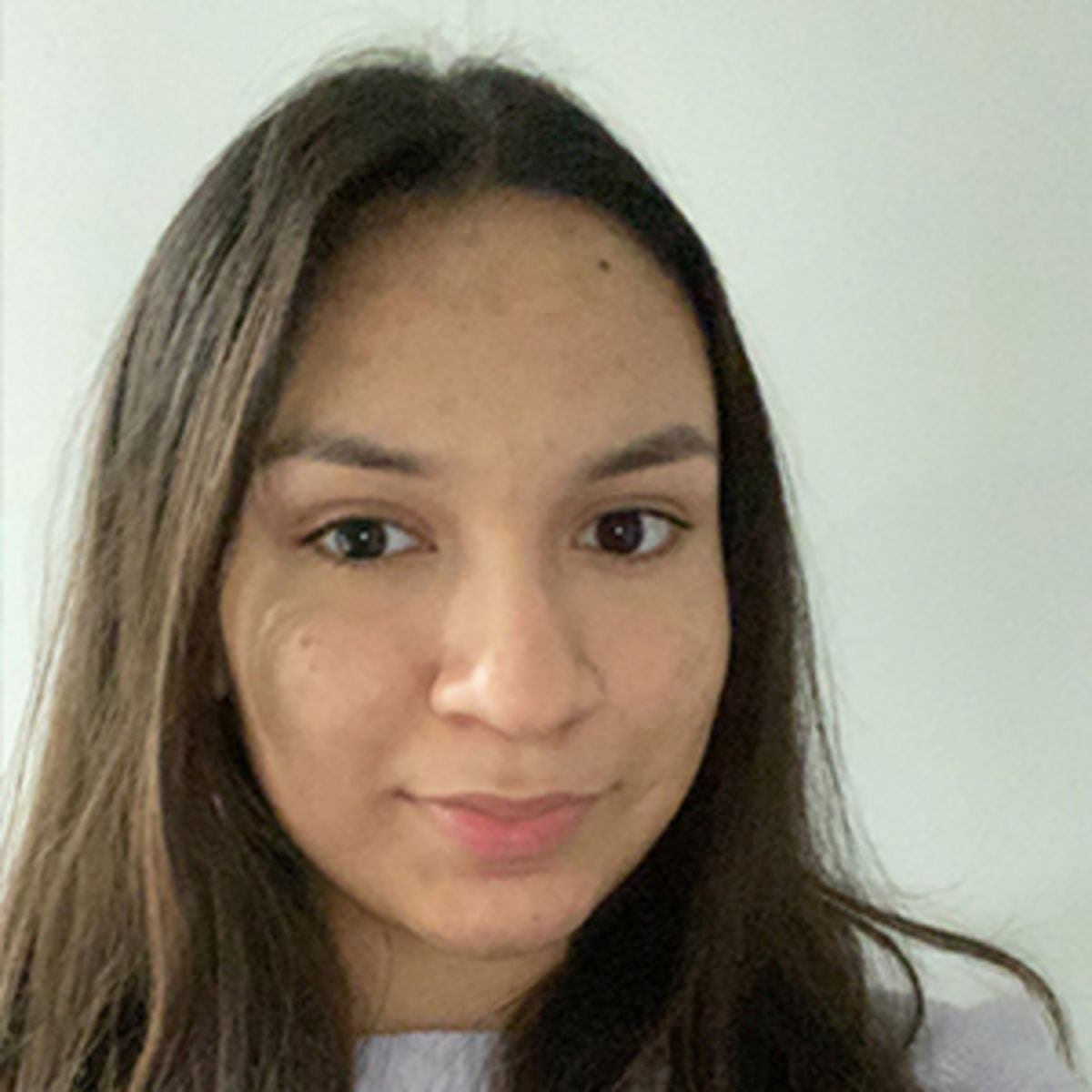 “The classes I have taken at the Saturday Academy have been different from my high school classes because my school does not have a lot of resources compared to other schools. In the engineering class I took with the Saturday Academy, I was able to work in one of Stevens’ laboratories, where I used high-level equipment that I had never seen before.

“In the past, I would have never considered a career in environmental engineering because I had not really learned about it. The Saturday Academy has helped me explore my options and exposed me to new ones.” 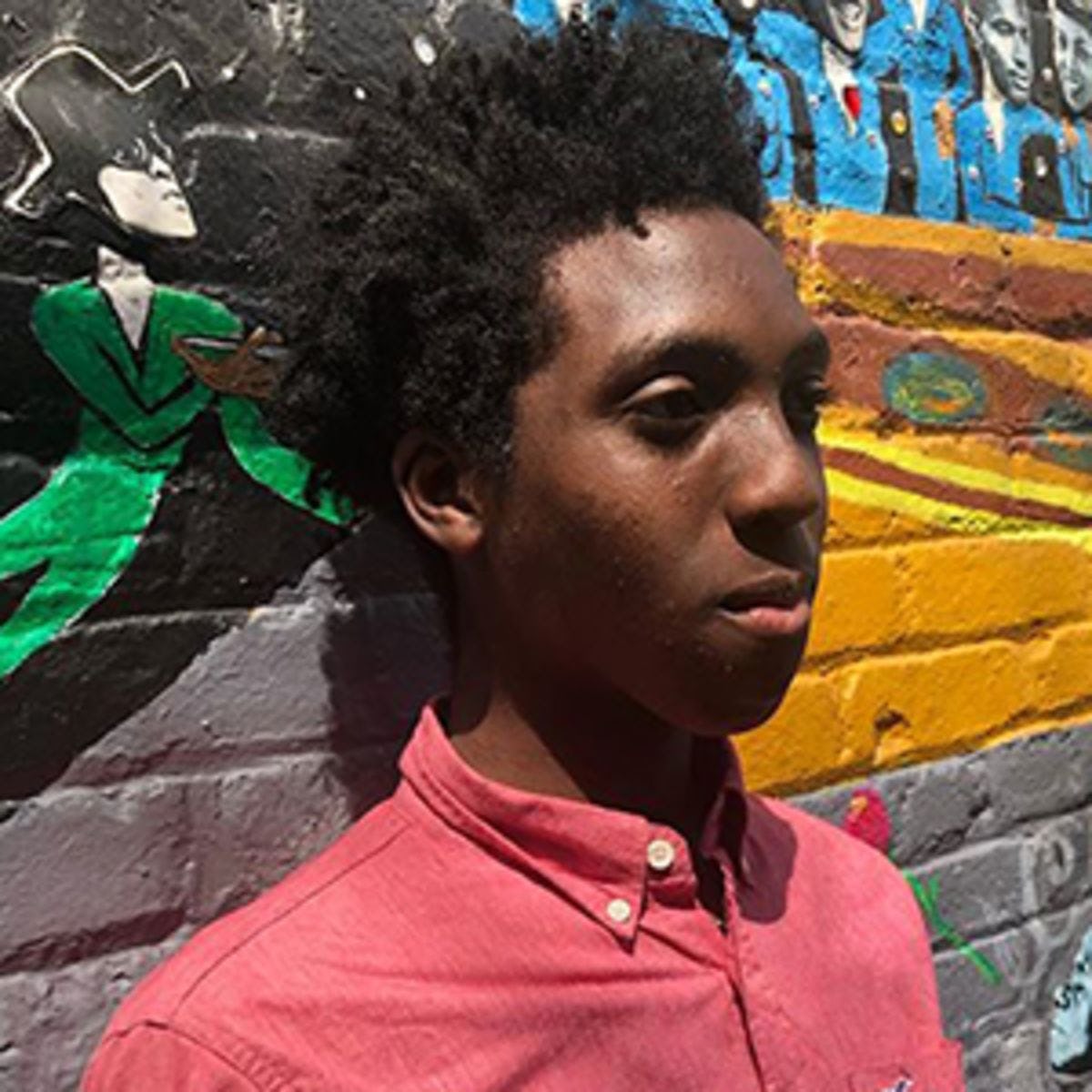 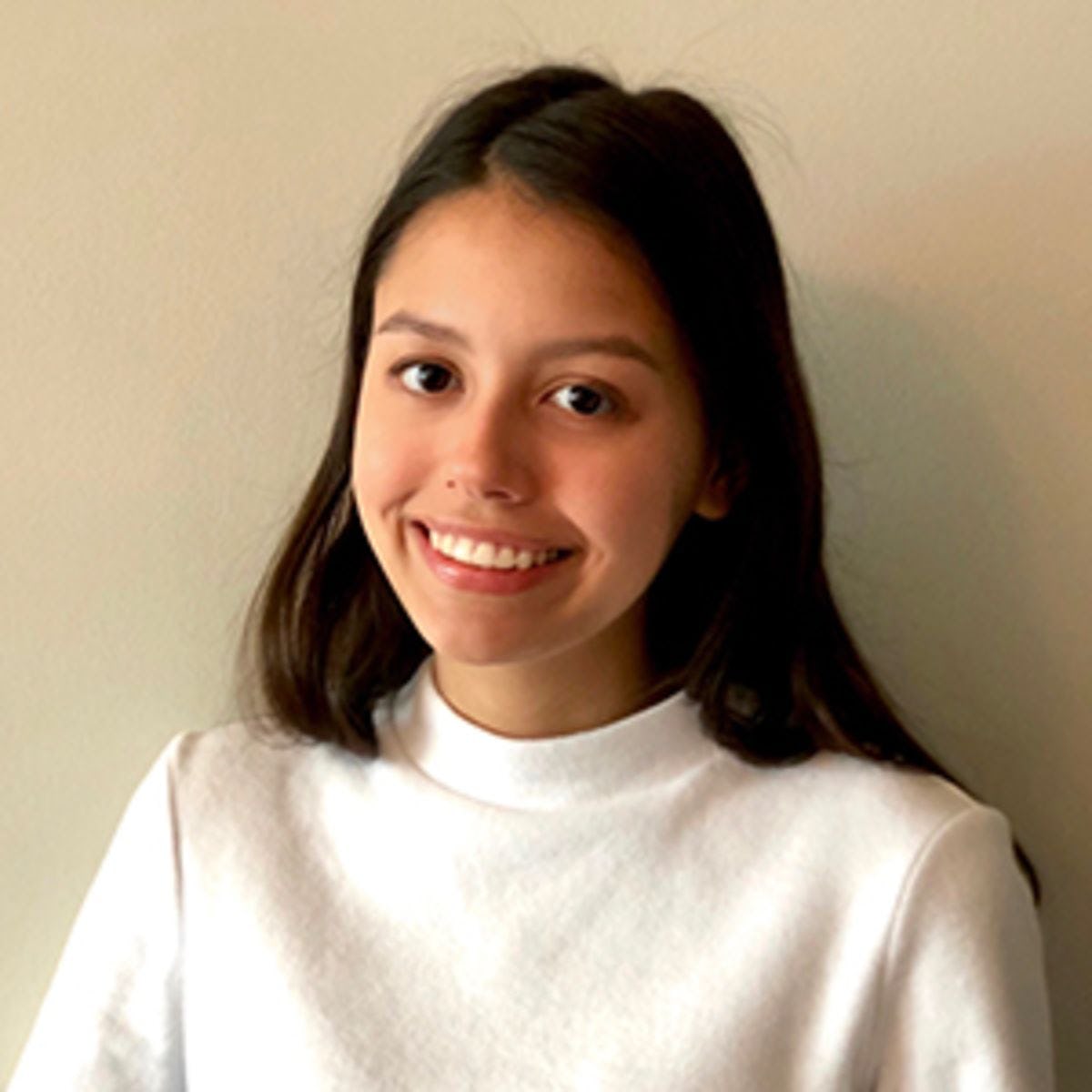 “My favorite Saturday Academy experience so far was collecting water from the Hudson River for last year's science project, which was on water contamination in different water supplies (including the Hudson River, fountains on the Stevens campus and water from home). After collecting that water, we tested its nitrate/nitrite, chlorine, and pH levels using test strips, which was fun.

“Participating in the Saturday Academy has strengthened my love for science. Right now, I'm planning on majoring in astrophysics, and I believe that the classes I've taken have given me a solid foundation for STEM in college.” 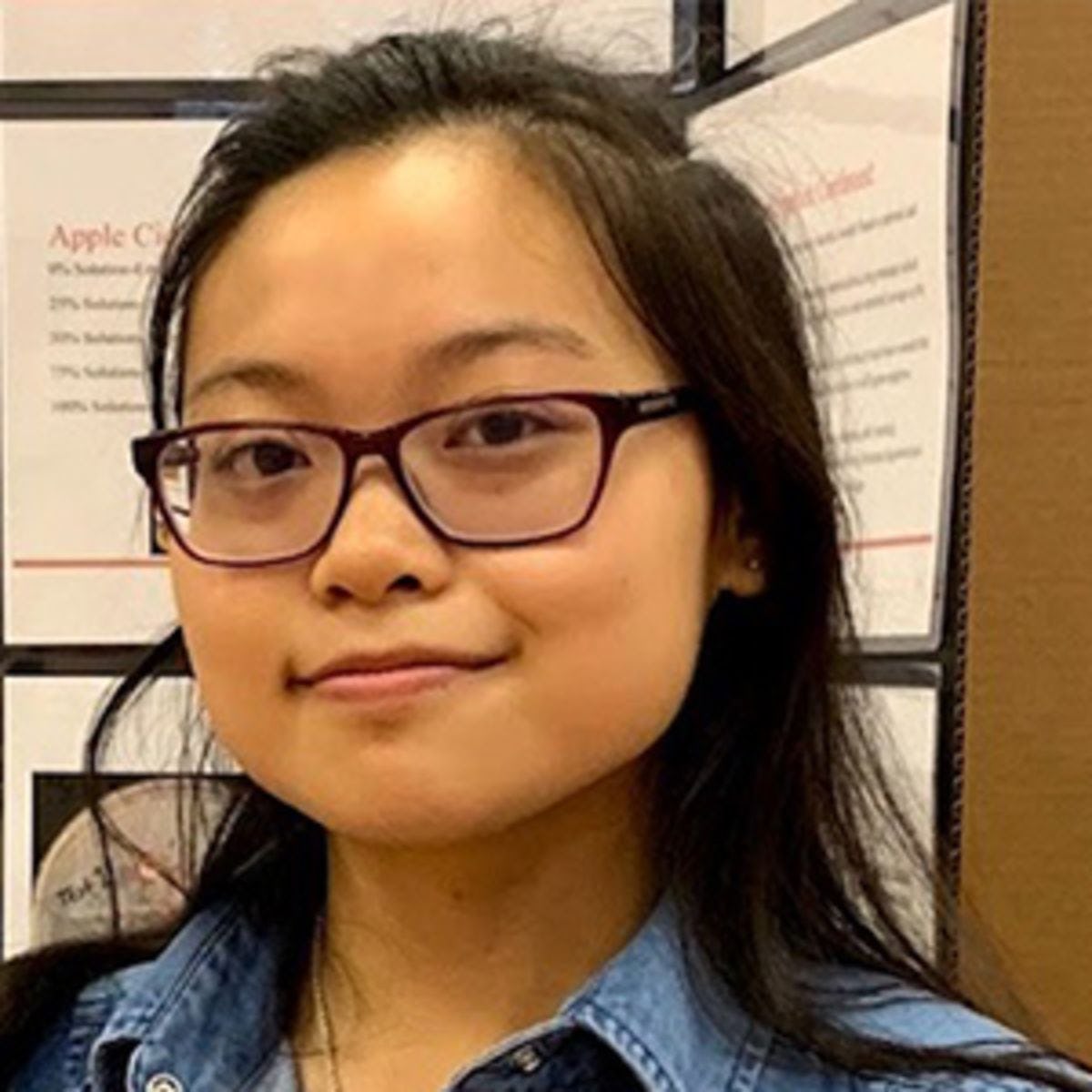 “Art Harper Saturday Academy has changed the way I think about my future education because when I first began the program, I would have never considered engineering as a career. By the end of the school year, I was able to become more open-minded. The program members and teachers have encouraged me to not have a narrow perspective in life and in education, but to embrace the multiple options that are available to me. I have found a new interest in biomedical engineering.”