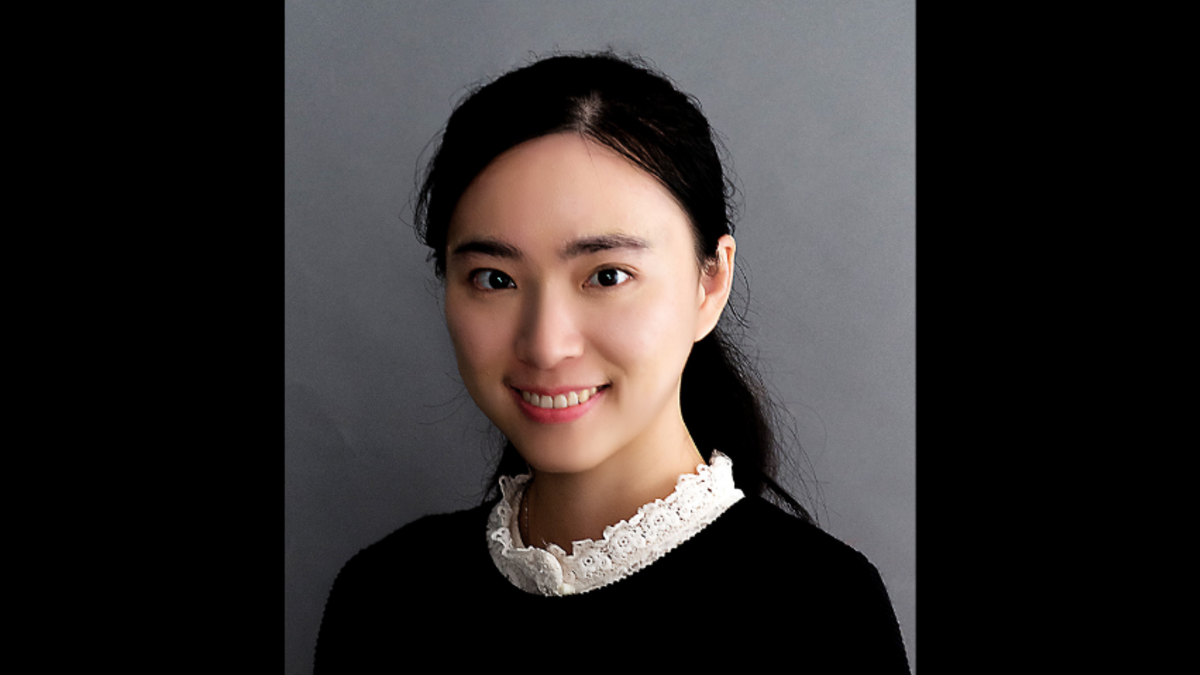 Zhang joined the Stevens faculty in 2018 after time spent as faculty at SUNY Buffalo and earning her Ph.D. in mechanical engineering at Columbia University.

Zhang will investigate how relative twist angles affect the thermal properties of graphene and provide STEM outreach at Stevens and in the community.

Imagine a transparent, skin-like wearable device that’s incredibly thin, super flexible and packed with microelectronics that can monitor your personal health information and send that data to your doctor. That’s the technology assistant professor of mechanical engineering Annie Xian Zhang is helping bring to reality in her Nano Research Laboratory at Stevens Institute of Technology.

Thanks to a $500,000 Faculty Early Career Development (CAREER) award from the National Science Foundation, which supports early-career faculty who are academic role models, Zhang will investigate how “twisting” two sheets of graphene can alter the thermal properties of two-dimensional (2D) materials and push the limits of thermal modulation.

A new twist on thermal transport

The Nano Research Laboratory uses a Raman Spectroscopy System to help determine the thickness of 2D graphene flakes and to characterize the thermal transport properties of 2D materials and their Moiré patterns.

That “twisting” relies on Moiré patterns—a geometrical design that shows up when you superimpose one hexagonal pattern on top of another and twist the top layer to offset it. The relative angle of that twist changes the pattern, and when the two sheets are actually atom-thick graphene crystals, the twist angle influences the physical properties of the 2D material. At one specific twist angle—called the magic angle and representing a 1.1 degree offset—the graphene can even become superconductive.

“I have been working on thermal properties of graphene and other 2D materials for over one decade,” Zhang explained. “And then just very recently the superconducting materials made of this magic angle became very popular. I would like to see how their thermal properties change.”

The graphene Zhang works with was discovered in 2004 — by two scientists who were doing science for fun on a Friday night and then won a Nobel Prize for the endeavor — and is a 2D crystal that’s a million times thinner than a human hair yet stronger than steel. Zhang grows graphene in her lab and uses the same mechanical exfoliation technique that won that Nobel Prize: she applies a piece of scotch tape to a chunk of graphene and lifts off crystal flakes that are each a single atom thick.

To investigate how the properties of the 2D material change at different twist angles, Zhang plans to use a small robotic arm to precisely rotate one layer of graphene on top of another to create a spectrum of Moiré patterns with different thermal properties.

In addition to “pushing the thermal modulation limits” of skin-like wearable devices, Zhang’s data could have applications in beyond-silicon electronics and sensors as well as superconducting thermal switches.

A key component of the CAREER award is serving as a role model, and Zhang’s project incorporates several layers of mentorship. At Stevens, she’s building a mentorship program for women graduate students and peer-to-peer mentorship for undergraduates to provide students with direct lab experience during the summer. She also plans to hold a few workshops for students each year.

Zhang says it’s important to expose students to research environments in a natural way: “If they really want to have expertise and interest, then it would be a great opportunity for their career,” she added.

The intrepid professor will also take her work off-campus and into the community. She will work with The Center for All Abilities in New York City to provide interactive STEM (science, technology, engineering and math) outreach for neurodiverse students. Zhang also plans to partner with local K-12 schools to provide workshops to help students draw connections between art and STEM. Students can design their own art using Moiré patterns and then Zhang’s lab will provide feedback about the thermal properties of the designs the students created — and that data will be incorporated into Zhang’s twist angle research.

For Zhang, providing these educational opportunities to students is coming full circle. She was exposed to STEM as a child because her father was a mechanical engineer, and she found her love for her research field after attending a seminar by her graduate school advisor, which inspired her to apply to join the lab. Now, Zhang will pass that inspiration on with her own workshops and mentoring, offering the next generation of mechanical engineers opportunities to find their own place in STEM.