From 3D Printing to a Better Internet, Stevens Professor Is on a Mission to Invent Better Tools and Programs 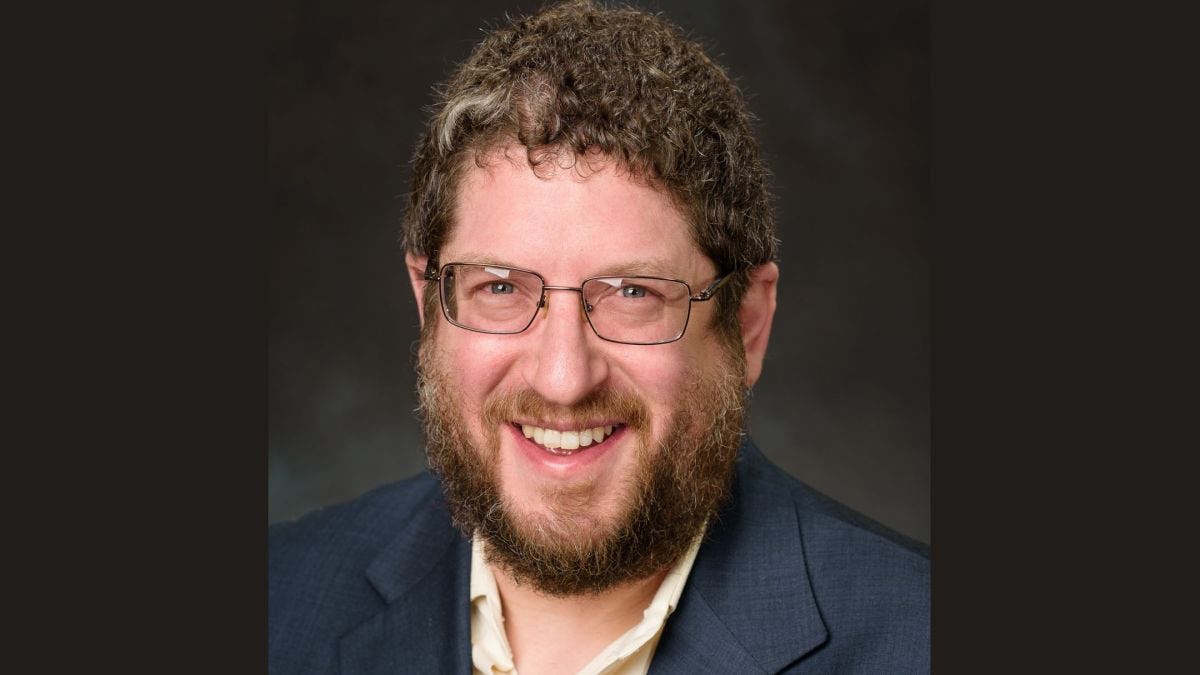 Dov Kruger is passionate about making things better. When the COVID-19 pandemic made it impossible to hold classes in person at Stevens Institute of Technology, Kruger, a teaching associate professor, had to administer tests and quizzes online, but found that existing programs he used took hours to input questions and answers.

Living the credo that necessity is the mother of invention, Kruger created his own quiz software program in less than five days. For Kruger, who is based in the Department of Electrical and Computer Engineering at the Charles V. Schaefer, Jr. School of Engineering & Science, this is just par for the course. When he encounters something frustrating, he attempts to devise a way to fix it or come up with an entirely new solution.

“It’s just something I enjoy. That’s how an engineer’s mind works,” he said. “Why do we have to settle on programs and things that don’t work when we can build something better? That’s what I do, and I hope I impart the same initiative to my students.”

Currently, Kruger has been concentrating his efforts on an ambitious project: a high-performance replacement of the behind-the-scenes plumbing that runs the internet. He has called this project Grail. His aim is a framework that would be vastly faster and more secure compared to our internet today.

As an example of this in action, Kruger envisions the Grail enabling banking transactions taking milliseconds to complete instead of several seconds.

“It may not mean much, but this level of efficiency would mean that a financial institution like Chase would require fewer servers to operate their front-end banking operations,” Kruger said. “Fewer servers means less power and money to consume. It costs money to run a machine room and these servers.” But more important than speed is the security. We are focusing on vastly improved security, and efficiency is just the byproduct, but a great one.

Besides monetary savings, a faster internet would have a smaller environmental footprint as well, Kruger said. Since servers take about 2% of the United States electrical grid, replacing the web with Grail could save 0.2 percent of the nation’s electricity, or the equivalent of one huge nuclear reactor.

In today’s internet, the languages HTML, CSS, and Javascript are the core technologies of the web, with Javascript embedded in many web applications and found in the engines of all internet browsers.

Before the rise of websites as we know them right now, Kruger said that many developers used basic HTML to create web pages, but then people demanded websites with beautiful pictures and rich interactive features. This necessitated the use of Javascript to enable these features, he said. The problem: Javascript is relatively insecure.

“There are hundreds of known bugs and unknown bugs,” Kruger said about Javascript. “All our webpages are running on this stuff—insecure languages and programs. But if we did it any other way, it would be slower—20 to 30 times slower.”

Kruger started working on the concepts in Grail about five years ago with the help of students. Recently, they started working on a web browser and hope to achieve several technical milestones by the end of this summer. Kruger plans on publishing an article about Grail and seeking funding for it. So far, the project has been developed on a shoestring budget.

In addition to the Grail, he is also working on perfecting LiquiZ, a new quiz/test program he created from scratch. He thinks technical teachers will find it to be an ideal format for learning and assessment.

All told, about 15 students this summer will be working with him on the Grail and LiquiZ. In addition, Kruger is teaching summer courses and helping run several summer student workshops with some computer and electrical engineering professors.

“We want to make a social environment for students who are isolated from each other during this pandemic,” he explained. “So, we created these workshops. Each professor teaches a topic they want to introduce, and students can learn from these sessions, assemble their friends, and make something.”

When it’s not summer, Kruger teaches a number of courses during the regular academic year, including C++, Java, Computer Architecture, and Data Structures. He mentors senior design teams in computer programming—some of whom have been working on Grail for their capstone projects.

Before the pandemic and his increasing focus on the Grail, Kruger helped create a new makerspace with 3D printers. When it’s not being used as a classroom, anybody is welcome inside to make things. Assigned undergrads oversee the space during makerspace hours.

“It’s hugely popular and it’s always full,” he said. “Everyone loves to come out there and work.”

Kruger is devoted to Stevens. In 1987, he earned a bachelor’s degree in electrical engineering and computer science at Stevens. He returned again for his computer science master’s degree, which he received in 2006. In 2010, he attained his doctoral degree in ocean engineering (robotics). His thesis centered on the development of an unmanned underwater vehicle in fast-moving water. He has taught at Stevens for seven years. Before that, he worked on Wall Street and ran his own consulting company.

“I love Stevens,” he said. “I keep on coming back because I want to give back to the community. I have great memories of this place, and I enjoy the students and how they learn and develop over the years. I help them build up their skills, and they learn to achieve things in a short amount of time.”