Skip to Content
Department of Chemistry and Chemical Biology

The Department of Chemistry and Chemical Biology at Stevens is known for its legacy of fostering and nurturing groundbreaking, world-class innovation.

Dr. Irving Langmuir, a former Stevens Chemistry faculty member, won the 1932 Nobel Prize in Chemistry for his discoveries in surface chemistry. Stevens was among the first to offer an undergraduate chemical biology degree in 1978 and today remains at the forefront of chemical biology with our internationally recognized faculty in the healthcare domain as well as with professionally diverse experiences in academia and industry.In the Department of Chemistry and Chemical Biology, our mission is to: 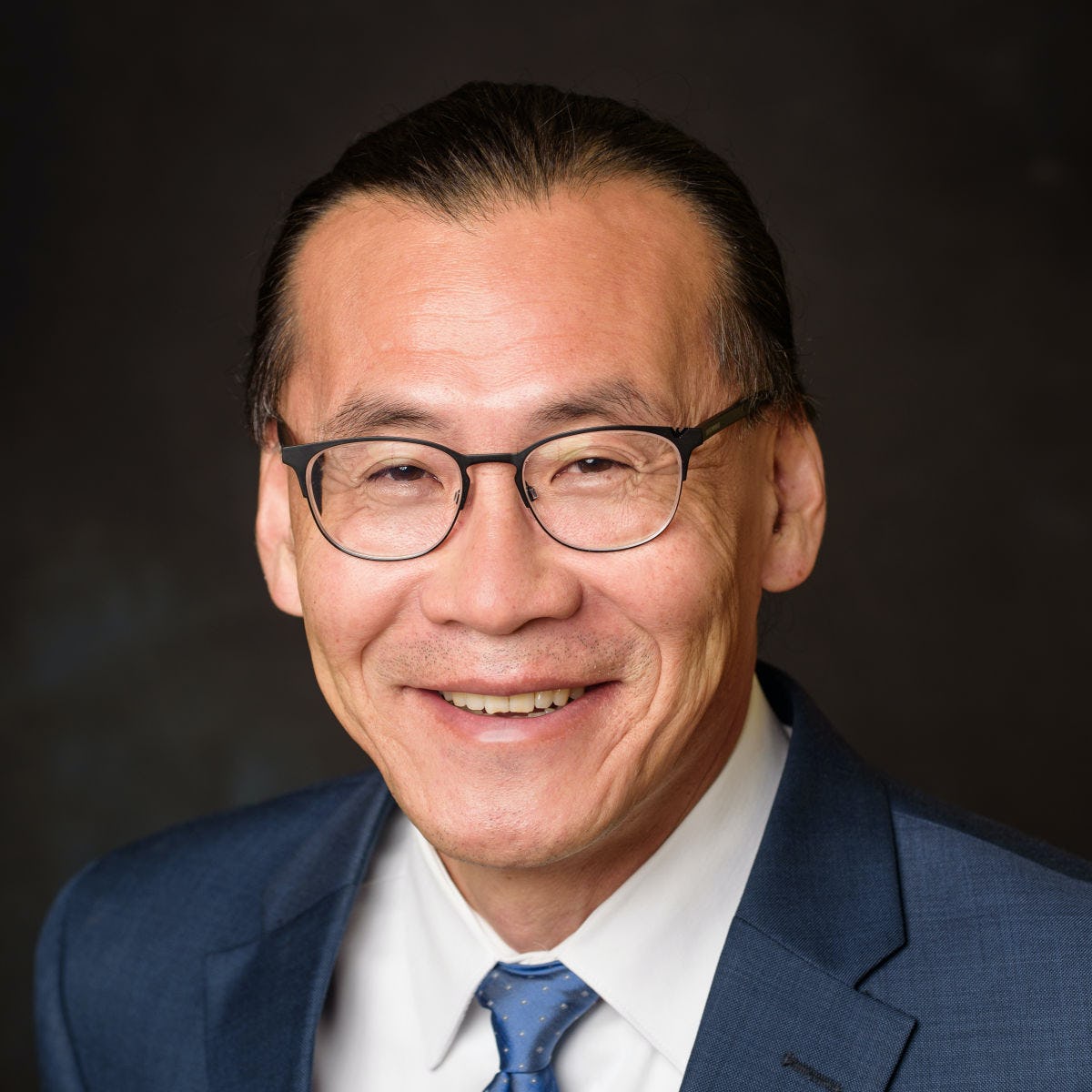 Dr. Woo Lee, Chair of the Department of Chemistry and Chemical BiologyChemistry and chemical biology is a thriving department at the Stevens Institute of Technology. In addition to offering access to spectacular views of New York City, the regional area has the highest concentration of healthcare-related enterprises in the world, including hospital networks and clinics, health insurance providers, pharmaceutical, life science and medical device companies, and other supporting industries.

With access to numerous regional resources, our students benefit from many experiential research and internship opportunities, and placement rates for graduates that are among the highest in the nation, including acceptance to medical school.

The department offers a several unique programs of study at the interface of chemistry, chemical biology, and biology, offering students the opportunity to work with a vibrant group of faculty who are performing research in areas such as computational, medicinal, physical and peptide chemistry, cancer biology and organoid-based disease modeling, drug discovery, and development and application of advanced bio analytical methods.

Even with these diverse research opportunities, we remain a relatively small department, which allows our students to develop close working relationships with faculty members. We strive to maintain a collegial environment, and we continue to offer small class sizes with updated teaching facilities. I invite you to join our community of researchers with molecular, cellular, and computational minds as a student member.

The Department of Chemistry and Chemical Biology (CCB) at Stevens is known for its legacy of fostering and nurturing groundbreaking, world-class innovation. Dr. Irving Langmuir, a former Stevens Chemistry faculty member, won the 1932 Nobel Prize in Chemistry for his discoveries in surface chemistry. CCB was among the first to offer an undergraduate Chemical Biology degree in 1978 and today remains at the forefront of chemical biology with our internationally recognized faculty in the healthcare domain as well as with professionally diverse experiences in academia and industry.

As the world around us continuous to evolve, we are presented with new challenges to address and new opportunities to explore. Especially, we know that Covid-19 is fundamentally reshaping the landscape of higher education. At the same time, this pandemic highlights in the most compelling way how important the mission of CCB is to our society and provides us with a historic occasion to reflect our past and project the future as an academic unit.

I extend my gratitude to the CCB faculty members who worked tirelessly together to develop this Strategic Plan through candid discussion, exhilarating brainstorming, benchmarking, and consensus seeking. This planning process was inclusive, receiving feedback from our students, administrators, alumni, and advisors. With the broader CCB community’s support, I am strongly committed to leading and empowering the CCB faculty and working with the administration to secure human and financial resources for the successful implementation of our plan. As Stevens continues to be a resource-lean institution despite its recent growth, we must be flexible, agile, focused, and selective in pursuant of our strategic initiatives in the most meaningful and impactful way.

The external advisory board of the Department of Chemistry and Chemical Biology is comprised of a diverse group of distinguished individuals in their careers as well as our recent alumni from a spectrum of fields related to the educational and research programs of the department. The board meets at least once per year, and is charged with reviewing programs and providing counsel and advocacy to the department's mission and strategic plan.

After graduating from Stevens Institute of Technology in 2003, Dr. Nicholas DePinto went on to dental school, and graduated from RSDM in May 2007. In August 2007, he joined RSDM and began treating patients and teaching fourth-year dental students soon thereafter. He currently oversees the operational, clinical, and administrative components of the faculty practice program at RSDM. In addition, he serves at the Vice Chairman of the Admissions Committee at RSDM. In 2015, Dr. DePinto was awarded the Excellence in Teaching Award. He continues to treat patients and teach dental students, at the first, second, third, and fourth year levels and teaches both in the dental school clinics, and as the didactic course director in Preclinical Operative Dentistry.

Simarna Kaur has experience in bringing new, innovative products to market. She is an inventor on 16 granted US patents, and a co-author on 18 peer-reviewed publications and 6 book chapters. Simarna is actively involved in mentoring new scientists and shaping talent development programs at Johnson & Johnson. She is a recipient of multiple leadership awards at J&J, including the prestigious Johnson Medal, the highest research award given within Johnson & Johnson.

Pek Lum is the chief architect of the science behind Auransa’s technology, combining her deep understanding of genomics and her vast experience in applying data science in the pharmaceutical industry. Before founding the computationally-driven pharmaceutical company, Lum was an early employee of Ayasdi, a deep tech software company. Holding the positions of vice president of product and chief data scientist, she created early business verticals and helped grow the company. Lum started off her career at Rosetta Inpharmatics, a pioneer in genomics and microarray technology. After Rosetta's acquisition by Merck, she continued to champion the integration of data science into biology, contributing to Merck’s development pipeline. Lum received her undergraduate degree as a Monbusho Scholar at Hokkaido University, Japan and received her Ph.D. studying yeast genetics at the University of Washington, Seattle. Her work has been widely published in scientific and medical journals, such as Nature and Cell, and her research has contributed to discoveries in drug development and the understanding of complex diseases.

Nadia Makar graduated in the first Women’s cohort from St. Peter’s University with certification in chemistry, physics and mathematics. She has since served in various positions in the K-12 school system. Makar has been responsible for shaping the careers of thousands of high school students and teachers by encouraging research opportunities at numerous colleges, universities, hospitals and companies. She serves on the National Project SEED (Summer Experience for Economically Disadvantaged Students) Committee. She has received numerous awards for her service: Best Science Teacher in North America, Best Chemistry Teacher from the ACS, Jersey Journal Woman of Achievement, Woman of the year Award from the National Business and Professional Women Organization, in addition to numerous awards, citations, and recognition from the Congress, the Senate, the NJ Governors, the NJ Assembly and Senate, the Hudson County Freeholders, the Union City Board of Education. In 1989, she received the Presidential Award for Excellence in Science and Mathematics Teaching for which, she was invited to the White House and was honored by President George Bush, Sr. She is the only teacher from Hudson County to receive this award.

Christina Puntiel graduated from Stevens Institute of Technology in 2020 with a B.S. in Chemistry, and then a MS in Chemistry in 2021. She currently works as a Quality Control Microbiologist at Bristol Myers Squibb in their Cell Therapy Development and Operations organization. In addition, she works part-time at Stevens Institute of Technology as the Graduate Program Assistant for the Art Harper Saturday Academy, a precollege program dedicated to inspiring and preparing high school students to pursue post-secondary education and careers in STEM related fields. While at Stevens, she was heavily involved with the American Chemical Society, Chi Alpha Epsilon National Honor Society, Stevens Technical Enrichment Program, and the Diversity and Inclusion Committee. Puntiel is committed to giving back to her community and changing the lives of others through innovation.

Joshua Ross is set to graduate in 2023 with an M.D. and an MBA from New York University Leonard N. Stern School of Business. In the past, he has spent time working as an EMT for the Hoboken Volunteer Ambulance Corporation and in the research and development department at the international specialty chemical company, Lanxess. While at Stevens Institute of Technology, he was involved with the American Chemical Society, Alpha Epsilon Delta, Gear and Triangle Honor Society, and Sigma Phi Epsilon.

Benjamin Tycko recently moved with his research group from Columbia University Medical Center to Hackensack University Medical Center (HUMC) and the HMH Center for Discovery and Innovation (CDI.) He is a member of the John Theurer Cancer Center (JTCC) at HUMC, and the Lombardi Comprehensive Cancer Center (LCCC) of Georgetown University, where he co-directs the Molecular Oncology Program. Dr. Tycko graduated from Princeton University with a BA in 1979 and then from New York University School of Medicine with an M.D. and Ph.D. in 1984. He did a residency and post-doctoral fellowship in Pathology at Stanford University, followed by a brief instructorship at Harvard University. He then joined Columbia University in 1991, where he directed a continuously NIH-funded research laboratory, progressing through the academic ranks to a professorship in the Department of Pathology and Cell Biology, which he held for the past decade before accepting the current position at HUMC. Dr. Tycko's research group has had a long-standing focus on understanding genetics and epigenetics in human development and disease, resulting in a total of more than 160 peer-reviewed publications. Current work in the Tycko laboratory includes: (i) the analysis of epigenomic effects that occur downstream of chromosomal aneuploidies, using trisomy 21 as a model system, (ii) combined genetic-epigenetic mapping as a “post-GWAS” approach to pinpoint functional genetic variants that underlie inter-individual differences in cancer risk, and (iii) studies on the mechanisms of epigenetically acting anti-cancer drugs in mouse models of cancer.

Adam Weinglass has led the Screening and Compound Profiling Department at Merck & Co. since 2018, driving the application of cutting-edge capabilities towards the identification and progression of small molecule, cyclic peptide and degrader chemical matter. Weinglass has also held positions of Director Automated Ligand Identification Systems (ALIS) and High-throughput Experimentation, Director of Cellular Pharmacology, Research Fellow (Diabetes) and Senior Research Biochemist (Ion Channels) since being hired at Merck in 2004. Prior to Merck, Weinglass was a Research Fellow of the Howard Hughes Medical Institute at the University of California Los Angeles, where he worked with Drs. Kaback, Faull and Whitelegge to explore the mechanism of action of molecular membrane transporters utilizing biochemical, biophysical & mass spectral approaches. Weinglass's research has resulted in over 40 publications, reviews and U.S. patents. His discovery efforts have contributed towards several clinical candidates, research collaborations and state-of-the-art technologies. Adam received a 1st class B.S. in Biochemistry and Molecular Biology from the University of Leeds and a Ph.D. from the same Department studying the over expression, purification and characterization of recombinant mammalian sugar transporters.

Browse current and past CCB newsletters using the links below.