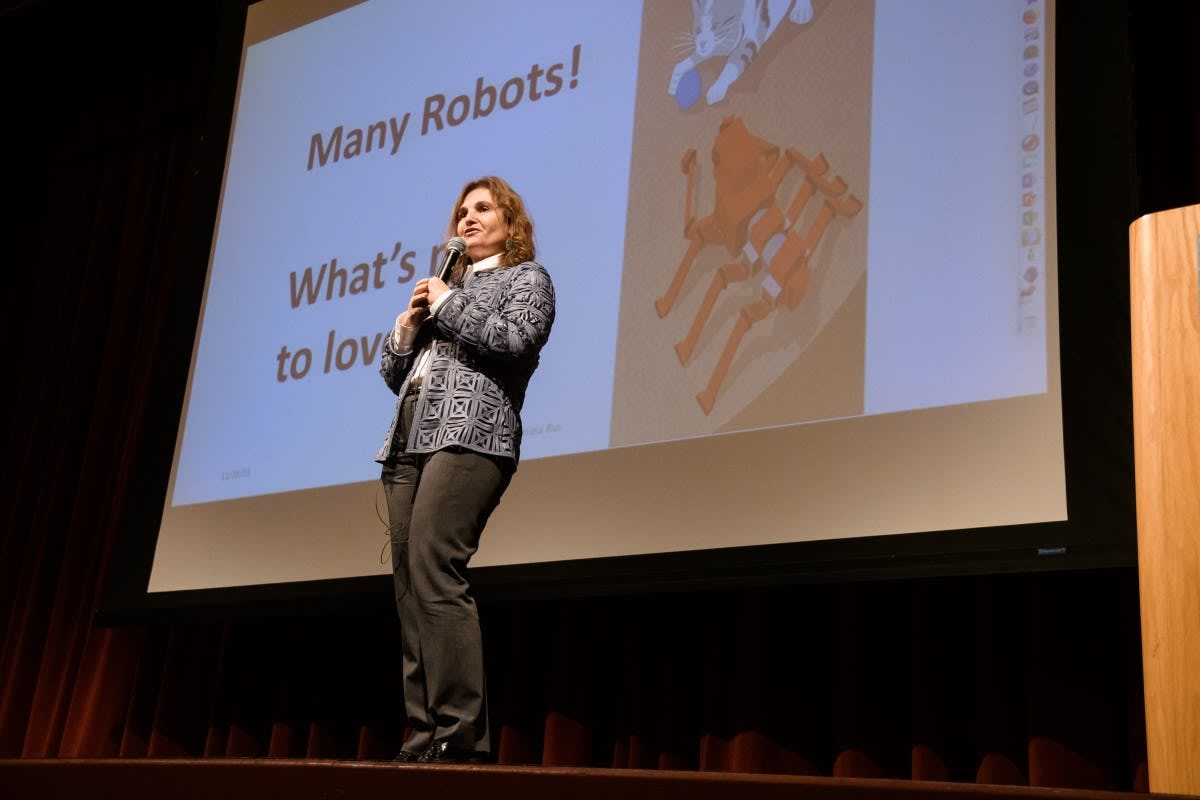 Note: A recording of Dr. Rus' lecture is not available

Lecture Summary: In the Future, Everyone Will Be Able to Make Robots→

ABSTRACT: The digitization of practically everything coupled with the mobile Internet, the automation of knowledge work, and advanced robotics promises a future with democratized use of machines and wide-spread use of robots and customization. While the last 60 years have defined the field of industrial robots and empowered hard bodied robots to execute complex assembly tasks in constrained industrial settings, the next 60 years will be ushering in our time with pervasive robots that come in a diversity of forms and materials, helping people with physical tasks. However, pervasive use of robots remains a hard problem. How can we accelerate the creation of robots customized to specific tasks? Where are the gaps that we need to address in order to advance toward a future where robots are common in the world and they help reliably with physical tasks? This talk will address recent developments toward pervasive robots and the role of computation in (1) on-demand creation of robots, (2) making robots more capable of reasoning in the world, and (3) making more intuitive interfaces between robots and people.

BIOGRAPHY: Daniela Rus is the Andrew (1956) and Erna Viterbi Professor of Electrical Engineering and Computer Science and Director of the Computer Science and Artificial Intelligence Laboratory (CSAIL) at MIT. Rus’ research interests are in robotics, artificial intelligence, and data science. The key focus of her research is to develop the science of networked/distributed/collaborative robotics, by asking: how can many machines collaborate to achieve a common goal? Rus is a Class of 2002 MacArthur Fellow, a fellow of ACM, AAAI and IEEE, and a member of the National Academy of Engineering and of the American Academy of Arts and Sciences. She is the recipient of the Engelberger Award for robotics. She earned her PhD in Computer Science from Cornell University.