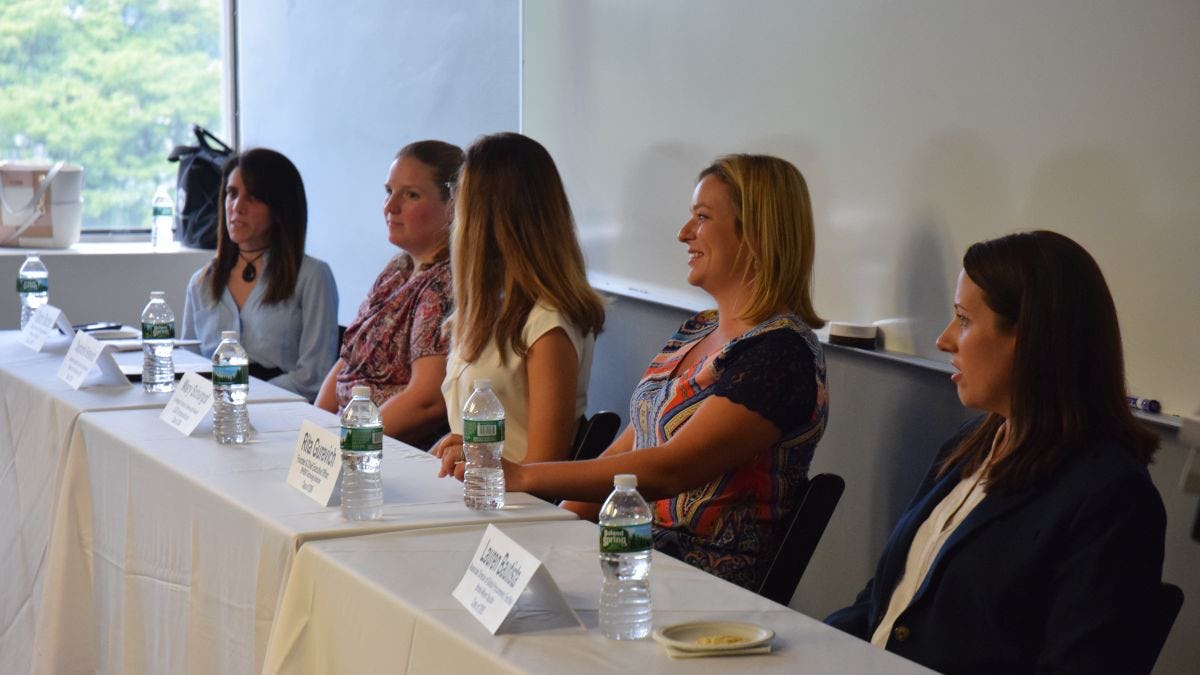 When it comes to closing the gender gap in STEM fields, Stevens Institute of Technology is a recognized leader – MarketWatch named it one of the top schools in the nation for getting women into STEM careers.

The underrepresentation of women in the engineering industry, in particular, was the subject of a panel discussion held at Stevens September 13, featuring four Stevens alumnae – Lauren Bautista ’05, Rita Gurevich ’06, Mary Schurgot ’06, Stephanie Senkevich ’14 and Grace Stecher ’03. The event was designed to provide current students with an opportunity to hear from current professionals, get career advice and cultivate a supportive network as they prepare to enter the profession.

The playing field remains uneven in subtle, and not so subtle, ways, according to the panelists.

Bautista, associate director of global procurement at Bristol-Myers Squibb, admits her own awareness of gender inequality arose only as she advanced in her career.

“It became more noticeable to me because there are less women at the higher levels.”

For Stecher, the disadvantages were glaring and apparent at the start of her career. Now an electrical engineer for Morgan Stanley, she had spent 11 years on the engineering-design side of the male-dominated construction industry.

“Being in the construction industry, you’re out in the field with all these male contractors and many times I’ve been told, ‘why don’t you go and bring back your boss?’” she recalled.

In addition to not being taken seriously, Stecher says there were barriers to promotion in an industry where the “all-boys club” culture is so pervasive.

“The higher-ups want to advance people they like. So it’s really hard to break that barrier when you’re not invited to things, like golf outings and sailing trips, because the men don’t feel comfortable with women being there.”

The workplace culture will only change when employers and society as a whole view the inclusion of women as an asset, rather than as a burden, according to Gurevich, founder and CEO of cybersecurity firm SPHERE Technology Solutions . 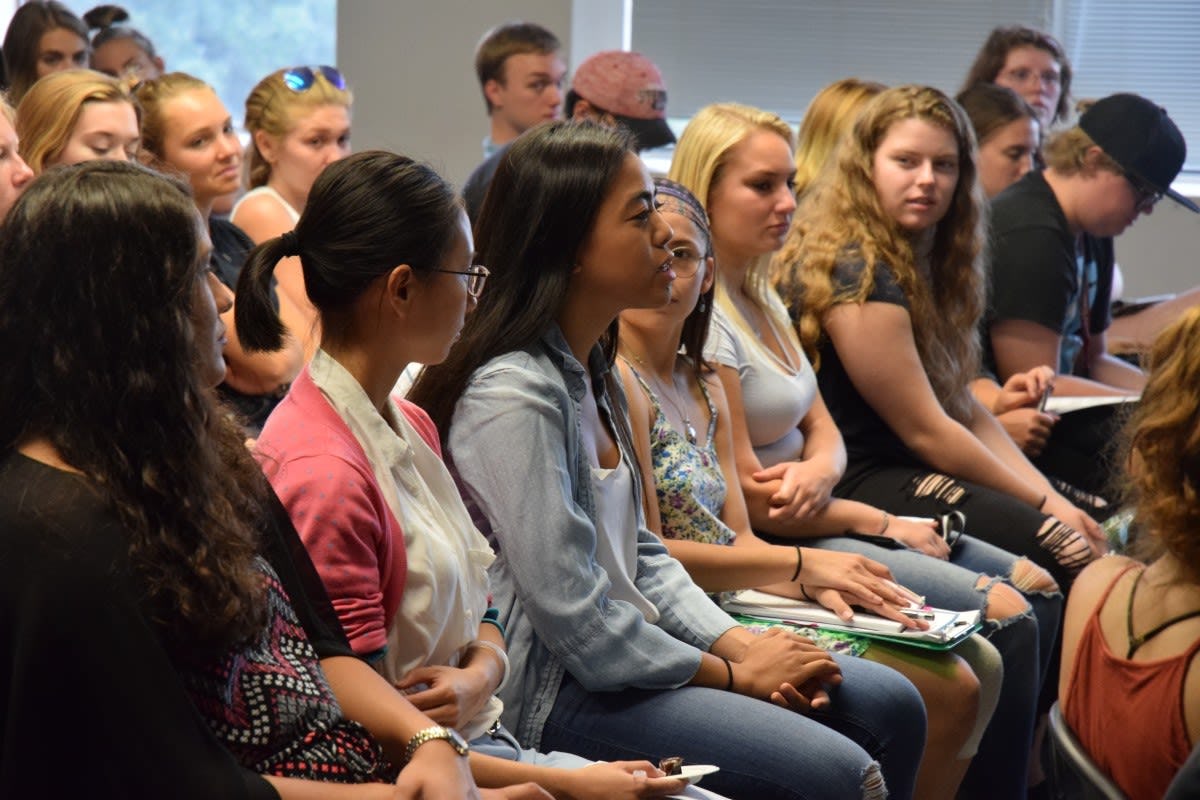 “As an employer, I want people around me who can offer different opinions and perspectives. Women are different from men, and that’s not a bad thing. If we view that as a positive, people are going to seek that and we won’t have to create special programs for women.”

The panelists urged the men in the audience to be actively engaged in the pursuit of gender equality in their professions.

“For the men: As you advance in your career be mindful of giving women opportunities and being an advocate who can speak on their behalf,” encouraged Bautista.

Senkevich, a mechanical engineer at the medical technology company BD, says she actively participates in promoting the Society of Women Engineers (SWE) at the firm.

“We’re now in partnership with SWE. We recruit from the national conference, and we provide free memberships to a lot of the employees who apply for it to really bring that awareness into the company as a whole.”

There was also sound career-search advice provided for the student audiences that applies regardless of gender. As a business owner, for instance, Gurevich has conducted more than 200 interviews in the last eight years, from entry-level positions all the way up to senior-level candidates with 25 years of experience. She says the key for all candidates is to come prepared with well-thought out questions.

Avoid using the “top five questions to ask on an interview” obtained from a Google search, she cautioned.

“Don’t ask any single one of them because every single person has already asked that. Spend time coming up with really unique questions.”

As for answering questions, it’s best not to fudge. 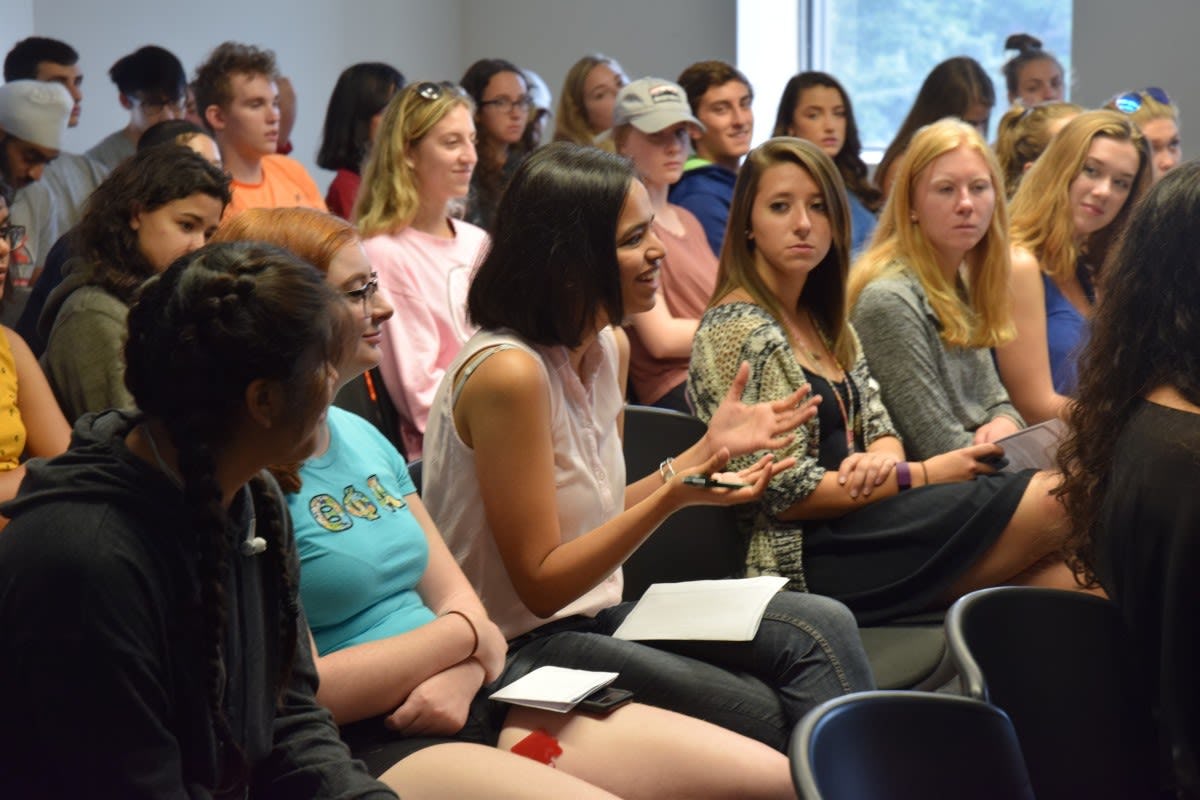 “If you don’t know the answer, don’t make it up,” warned Shurgot, senior technical manager in the cybersecurity research department at LGS Innovations. “Try to relate how you would solve that problem by talking about the steps you would take to solve that problem.”

Stecher advised students in the Stevens Co-Op Program to make each co-op different each time in order to learn what they want and don’t want to do. She added that one should approach choosing a job similarly to how one goes about “choosing a significant other.”

“It’s not as important to have a job as it is to have the right job – one that you’re going to learn, excel and succeed at," she said. "Definitely know what you want and do your research on the company. This is a huge decision where you end up going.”

Lastly, Bautista told students to be open to opportunities that don’t necessarily conform to a career plan they initially set out for themselves.

“I’m sure you have a vision of where you think you’re going to be, what your goal is, and what you want to do," she concluded. "It’s important to have vision, but don’t get so hung up on it if it doesn’t play out exactly the way you think it should. Don’t be afraid to do something different and try new things. Just be open to evolving.”

Photos courtesy of The Link.