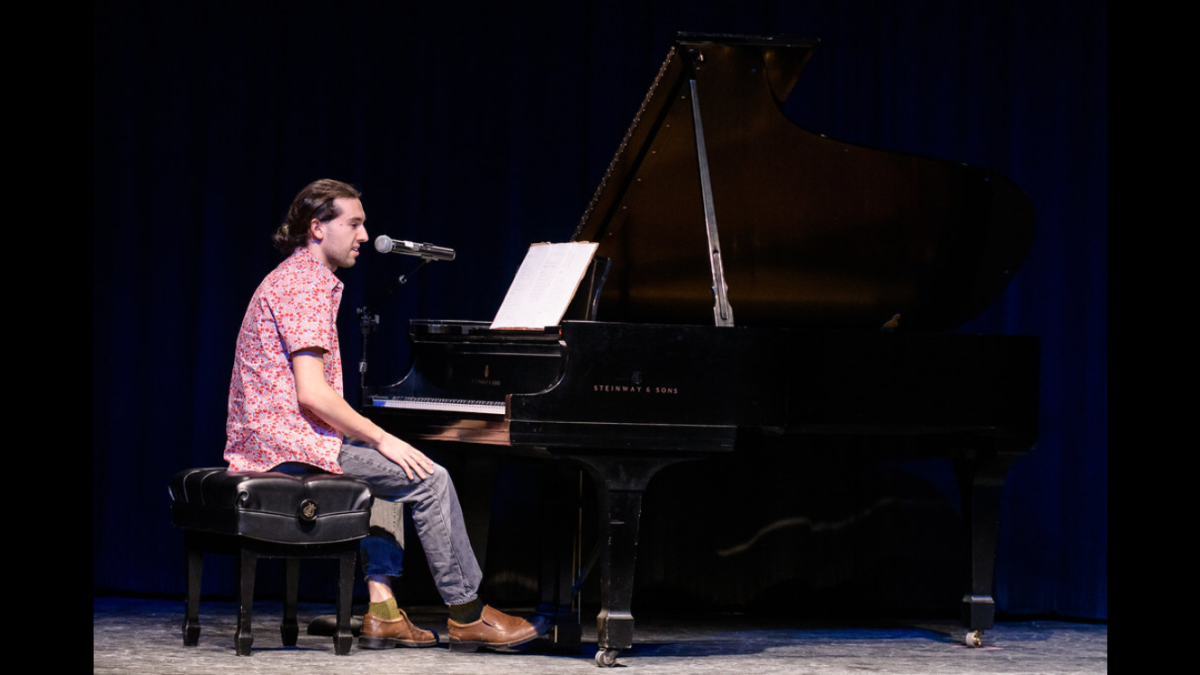 Stephen Lysak, a music and technology major within the College of Arts and Letters, has released his latest EP, "Utter Filth."

Our lives are suddenly different. The outbreak of COVID-19 disrupted every person’s normal, and the world now finds itself defined by chaos and stillness equally. Boundless change created a new, communal reality, but with it, unexpected inspirations for art, music and ingenuity also emerged.

During this time, one music and technology student at the College of Arts and Letters, Stephen Lysak, channeled his energies into a releasing a new EP, provocatively named Utter Filth. Described by Lysak as “brooding” and “bizarre,” the collection of songs serves as a litmus test for how many feel during these unexpected circumstances.

"Music, as well as art in general, is bound to time. Every album I've ever made is a time capsule sent from my younger selves. Utter Filth is no different,” said Lysak. “There are silver linings in every tragedy, and I use music as my way to express and ease my pains."

Originally used as practice for his senior thesis, these tracks eventually became a sandbox for Lysak, free to experiment and play. "Because of this, each track came about from unguided experimentation, and I think that level of freedom caused the EP to be somewhat of a Rorschach test for me,” said Lysak. “The EP's eccentric, brooding sonic textures were directly influenced by the anxiety and fear bubbling up back when we all started to realize the inevitability of Covid-19 coming to the US and Stevens.”

Using Logic Pro X and Audacity, Lysak also equipped production philosophies from his sound recording classes to create unsettling melodies. For example, Lysak overlaid a duplicate of the track ‘In Some Knee Ah’ atop of the original, but gradually sped up the copy using a sliding time scale. “Playing the two at the same time yields a process where the duplicate gradually gets out of phase with the original and then eventually becomes an increasingly distant echo,” said Lysak. “The sonic result is meant to embody the maddening feeling of not being able to sleep, which I think is a pretty common problem for people during quarantine.”

The album’s titular song is actually an extended version of another, ‘He’s Gonna Getchya,' but it’s played backward and pitched higher. “The result is one of the most bizarre tracks I've ever made,” said Lysak, “and I think it really emulates the madness that I wanted to come through on the album.”

One transition, titled ‘Cute Lil Ghost Party,’ adds a bit of whimsy and fun, and sharing these emotions is one of Lysak’s reasons for creating music during this time. “If an artist can brighten the day of, validate the feelings of, or inspire even just a few people with their art, then that artist ought to create.”

Want to listen to Utter Filth? It's available now on all major streaming platforms.