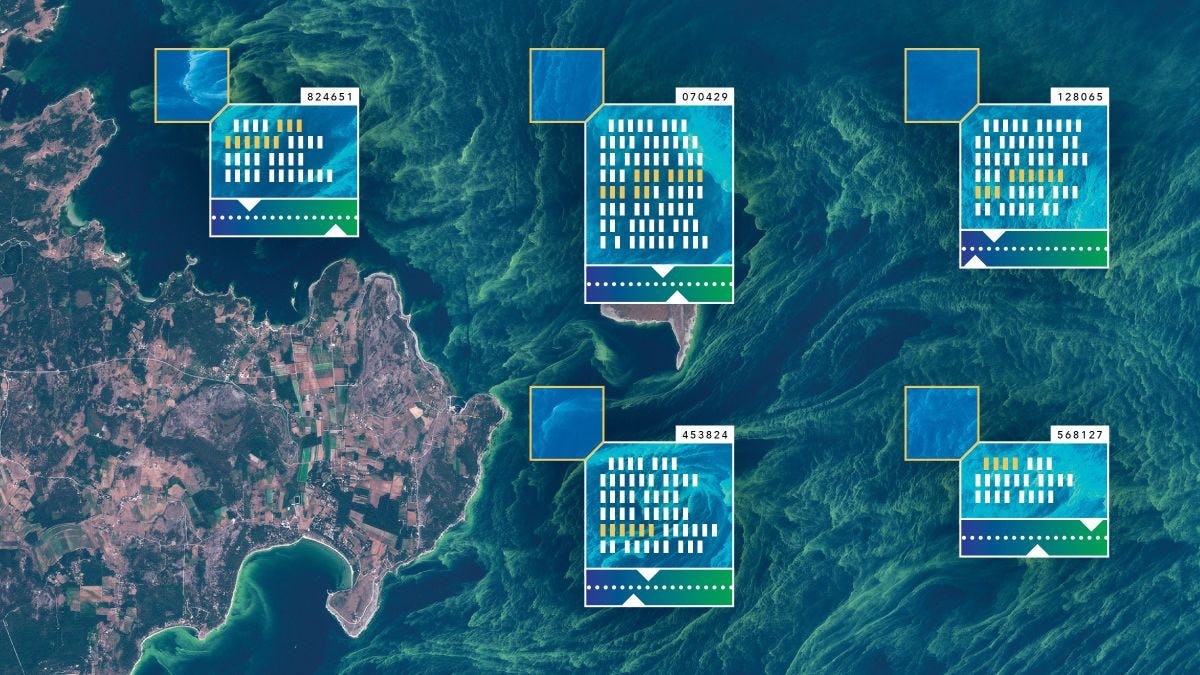 (Hoboken, N.J. – Feb. 24, 2021) – Researchers at Stevens Institute of Technology have developed a new machine learning-powered platform, known as OC-SMART, that can process ocean color in satellite images 10 times faster than the world’s leading platform. The work, which will be adopted by NASA, is one of the first machine learning-based platforms in ocean color analysis that can process both coastal and open ocean regions globally to reveal data on sea health and the impact of climate change.

The work, led by Knut Stamnes, a physics professor at Stevens, and spearheaded by Yongzhen Fan Ph.D. ‘16, a visiting physics scholar in Stamnes’ lab, solves a 30-year-old problem in retrieving data from both coastal regions and open ocean areas. For decades, NASA’s SeaDAS platform exceled at analyzing ocean color from open ocean with clean air, but it frequently recovered inaccurate results from coastal areas and inland waters such as the Great Lakes, where the complex interplay among the atmosphere, sea, light, reflections, and air particulates made analysis difficult.

“It is vital to study coastal areas and inland waters,” said Stamnes, an expert on radiative transfer whose work appears in the December 2020 issue of Remote Sensing of Environment. “Even though these areas make up a small fraction of the world in terms of mass, it’s where we live and where all the biological activity happens.” 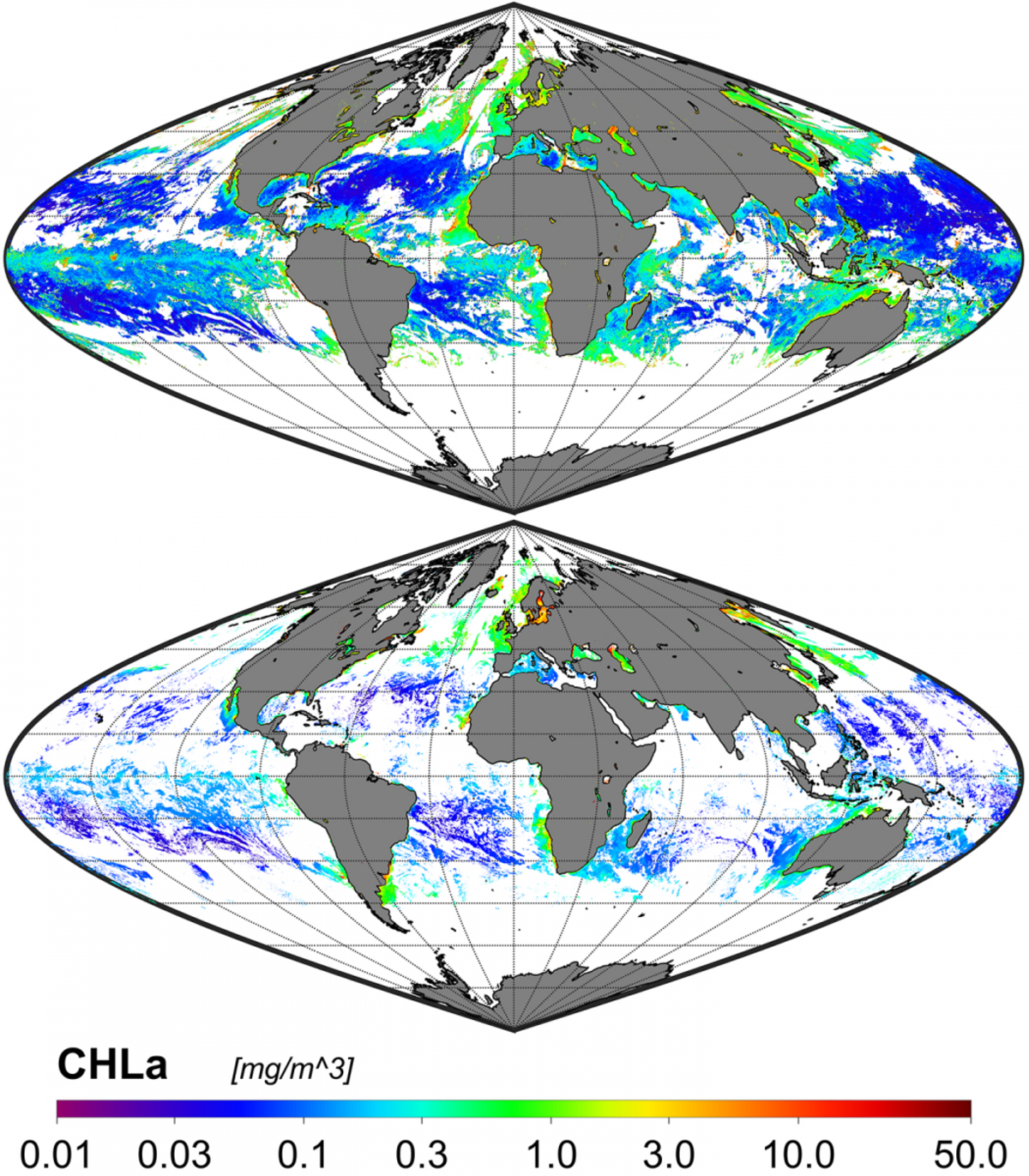 The goal of OC-SMART is to improve the quality of global ocean color products retrieved from satellite sensors, especially under complex environmental conditions. The top image shows OC-SMART's performance in picking up chlorophyll product compared to the performance of previous technology, bottom image.

The OC-SMART platform, or Ocean Color-Simultaneous Marine and Aerosol Retrieval Tool, adds to SeaDAS’ capabilities by taking data from satellite imagery and processing them through special algorithms, which are built on powerful machine learning techniques and extensive simulations of radiative transfer. In this project, radiative transfer is defined as the complex flow of electromagnetic energy between the ocean and the atmosphere. This process impacts how ocean color is perceived and analyzed by SeaDAS, the world’s leading platform for processing ocean color from satellite images for decades.

The OC-SMART software will now be incorporated into NASA’s SeaDAS platform. Final products of the software include useful data on chlorophyll concentrations and the presence of phytoplankton and pollution, all helpful indicators of the ocean’s state. Notably, Stamnes said, OC-SMART will be adapted to the upcoming NASA PACE mission scheduled to launch in 2023. Plankton, Aerosol, Cloud, ocean Ecosystem, or PACE, is a NASA Earth-observing satellite mission that will continue and advance observations of global ocean color, biogeochemistry, and ecology, as well as the carbon cycle, aerosols and clouds.

“OC-SMART is a general, all-purpose, easy to use platform,” said Wei Li, a physicist at Stevens who worked on the project and has been contacted by several researchers in other countries since the software became publicly available.

The European Space Agency has a platform similar to OC-SMART, but it focuses mainly on European coastal areas and not worldwide. A tool that could process coastal as well as open ocean regions globally was needed, said Nan Chen, a physicist at Stevens who was also involved in the project.

“For years, scientists were having difficulty processing ocean color in coastal regions and places that experience heavy pollution or other air particles such as sandstorms,” Fan, the lead author, added. “That’s why we developed OC-SMART in order to solve these problems.”

The OC-SMART comes at a time when there is growing interest in analyzing ocean color in coastal areas, said Stamnes. OC-SMART is also one of the first tools in ocean color analysis to use machine learning, which has only begun to make inroads into oceanography.

“There are satellites now in orbit that are giving us more information on what’s going on around the coasts and in places like the big lakes,” said Stamnes. “So, this opens new areas of research. And with machine learning, it’s a whole new game.”