A financial engineering student meditates on wealth and health 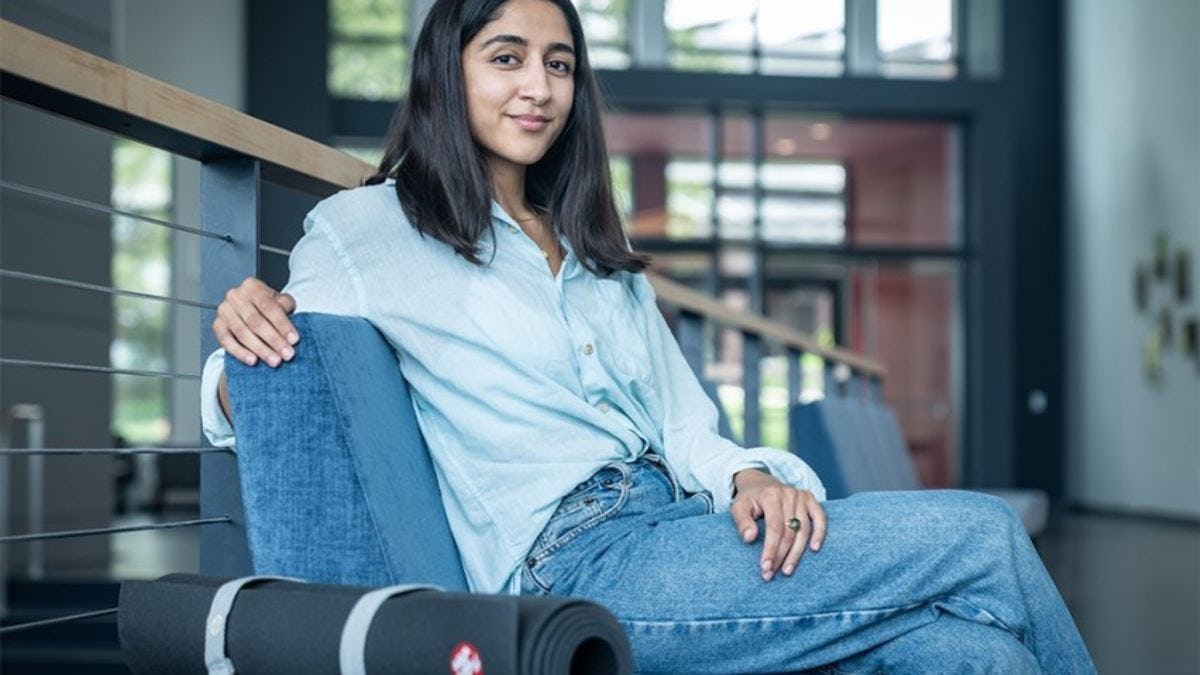 Saboura Salari Rad, a master's student in financial engineering, balances her work of tracking leveraged ETFs with a mindfulness practice of yoga and meditation.

“A lot of people think that coding is kind of boring," says Saboura Salari Rad. "But when I started to do it, I realized I really liked it. It’s kind of like a game for me, solving one problem after another. Engineering is all about being a problem solver, and I really enjoy that.”

Originally from Tehran, Iran, Rad came to the United States in August 2021 to pursue her master's in financial engineering, a program that is ranked number 21 nationally by QuantNet. For Rad, the transition to the New York City metropolitan area has been smooth for her. “New York is super diverse, but Tehran has a similar city vibe, so I feel at home here,” she says. “My brother, who’s a lecturer in social psychology, lives in Brooklyn. Having family here is comforting for me.” 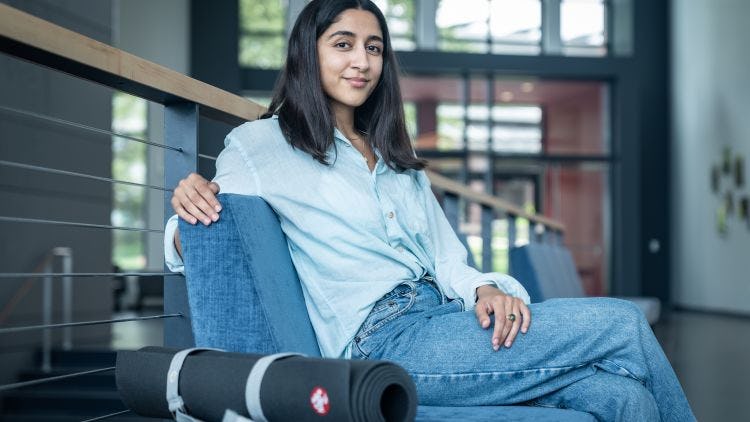 Rad is one of two Stevens students this year to win the Jérôme Lohez 9/11 Scholarship, which aims to shape the next generation of global citizens and international policy makers by promoting educational and cultural exchange. On campus, Rad has been actively involved in the Women in Business Club and other peer female support groups that promote gender equality. She was pleased to see that Stevens Institute of Technology is ranked No. 2 for the smallest gender gap in earnings among its graduates, with women out-earning men by 1.6 percent, according to data reported by Forbes magazine.

This summer, Rad has been doing a research project on portfolio construction with Professors Ionut Florescu and Emmanuel Hatzakis. The project involves maximizing returns by tracking leveraged ETFs, an investment similar to a mutual fund that can be sold on a stock exchange. Rad says that this could double the returns “from 10 percent to 20 percent.” While that seems very advantageous, Rad warns that it can also introduce higher risk to the portfolio. “The downside is that, for example, instead of losing only 10%, you could also lose 20%,” said Rad.

Eventually, Rad would like to pursue a Ph.D. in economics and teach at a university, like her parents and brother, who are all academics. But she also has abundant opportunities to build her professional network and pursue a career in industry. For now, she’s enjoying her summer in New York City.

Aside from her studies, Rad is a dedicated practitioner of yoga and meditation. In June 2022, she went on a three-day silent retreat in upstate New York at the Blue Cliff Monastery. “I started practicing yoga in Iran when I was 17 years old. My sister, who’s ten years older than me, was learning yoga and I started learning with her. At the time, I was doing yoga as a physical practice, as a workout, and I really liked it. It took a while to realize how it actually improved my mental health, not just my physical health.”

Since 1870, Stevens has been known for being at the forefront of technology education. However, Stevens also has a very strong culture of health and well-being. Earlier this year, the university received the 2022 Active Minds Healthy Campus Award and was named “one of the healthiest college campuses in the nation." In July, the School of Business invited Saboura to lead Yoga on the Plaza, a series of two beginner yoga classes held in front of the new University Center overlooking the New York skyline. About twenty members of the Stevens community showed up to participate in the two classes. "It's been my dream to teach yoga here," she said, after leading the first class in a series of stretching, deep breathing and meditation exercises. Excited to share her mindfulness practice with the Stevens community, Saboura will try to teach yoga again in the fall when she returns to campus.