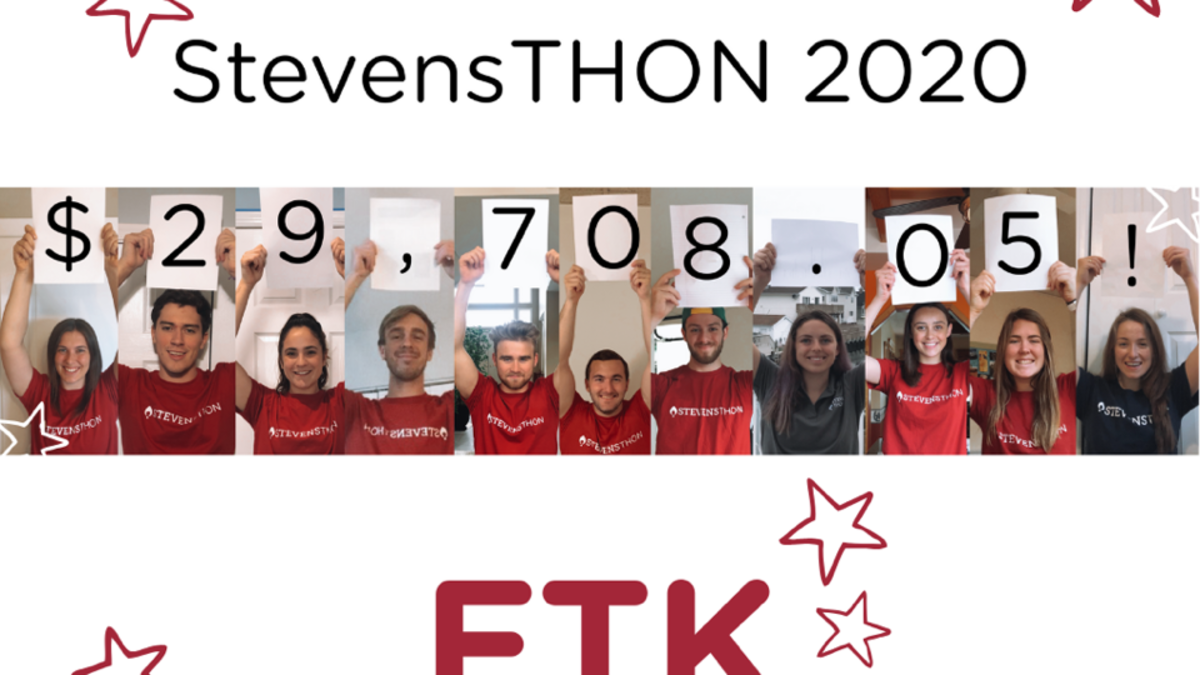 When Stevens students concluded a virtual 12-hour dance marathon at 8 p.m., Saturday April 25, they were tired but happy: happy because they had raised nearly $30,000 for Children's Specialized Hospital (CSH) in Mountainside, New Jersey.

“Leading up to [the dance marathon], there was a wave of sadness that we wouldn’t be physically together. But the atmosphere that I thought I would be missing out on we still made happen internally as a team. We were all talking and hanging out over Zoom calls and celebrating what we raised,” described mechanical engineering major Emily Walker ’22, this year's executive director of StevensTHON, an annual year-long philanthropic effort of intense planning and outreach by students culminating in the marathon event.

The final tally – $31,811.05 – distinguished StevensTHON as the highest fundraising dance marathon program in New Jersey for 2020.

And with this year’s fundraising haul, StevensTHON has now raised nearly $165,000 for CSH since its inaugural debut in 2016.

Campus closure forces StevensTHON to turn to Plan B

Walker has been involved with StevensTHON since her first year at Stevens, when she began as a "morale captain." She took on additional responsibilities as internal director last year, then even more this year as executive director. 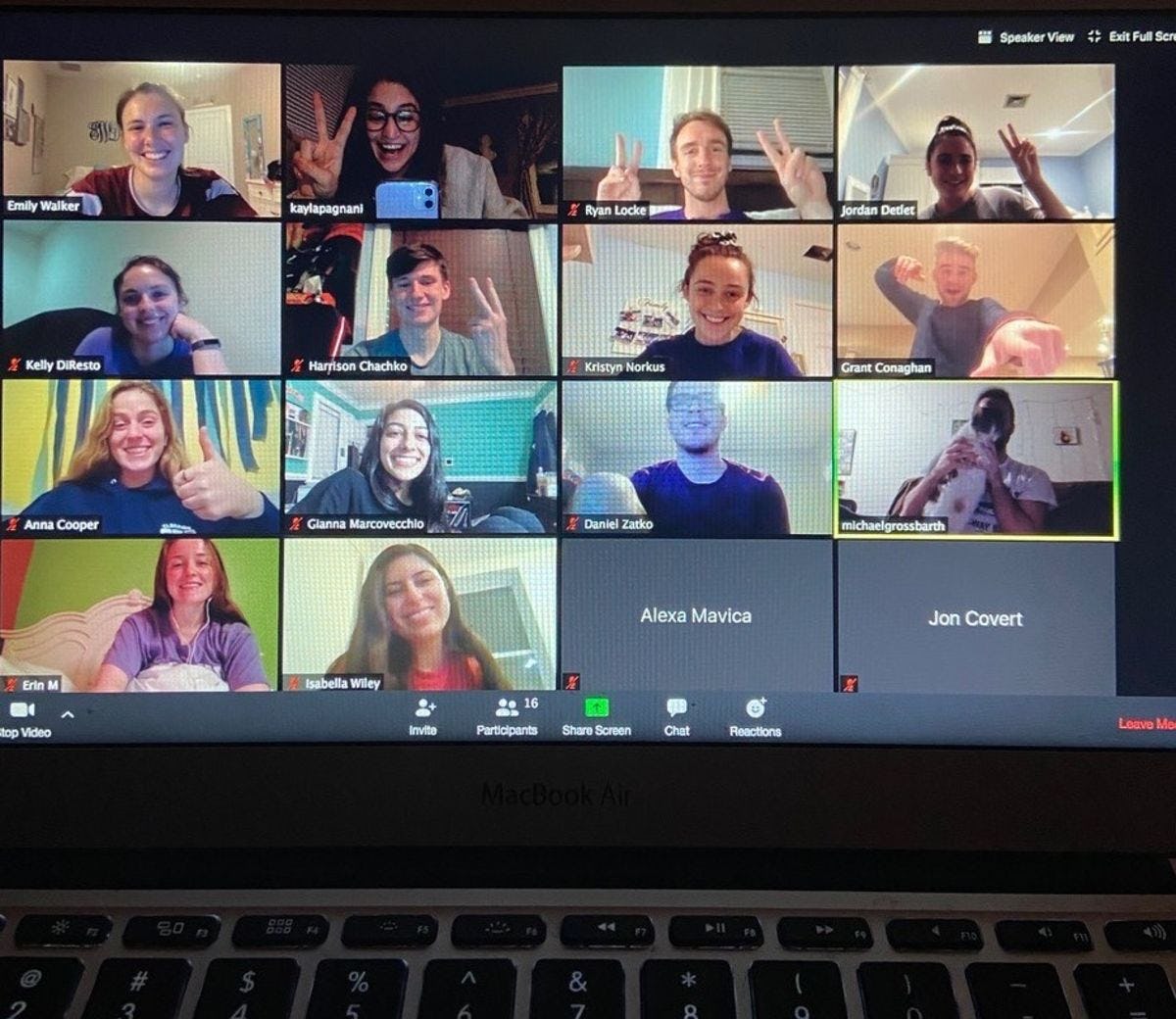 As coronavirus health concerns grew more alarming in the weeks before the campus closed in March due to COVID-19, Walker and other members of the StevensTHON executive board began formulating contingency plans.

And when the university announced that the campus would remain closed for the remainder of the spring semester, the StevensTHON e-board decided to move the dance marathon online. Canceling the dance marathon wasn’t an option, Walker says.

“COVID-19 does not stop the needs of these kids. They all have immune deficiencies, making them highly vulnerable to COVID-19. One of the major things CHS specializes in is rehabilitation. And some of the money benefiting these kids will go toward improving telehealth services so that patients who are unable to go to the hospital for their treatment can continue to get care.”

When the state’s quarantine orders were first announced, Kayla Pagnani, a CMN Hospitals program manager at CSH, had no idea what this year’s dance marathon would look like, or if it would be held at all. 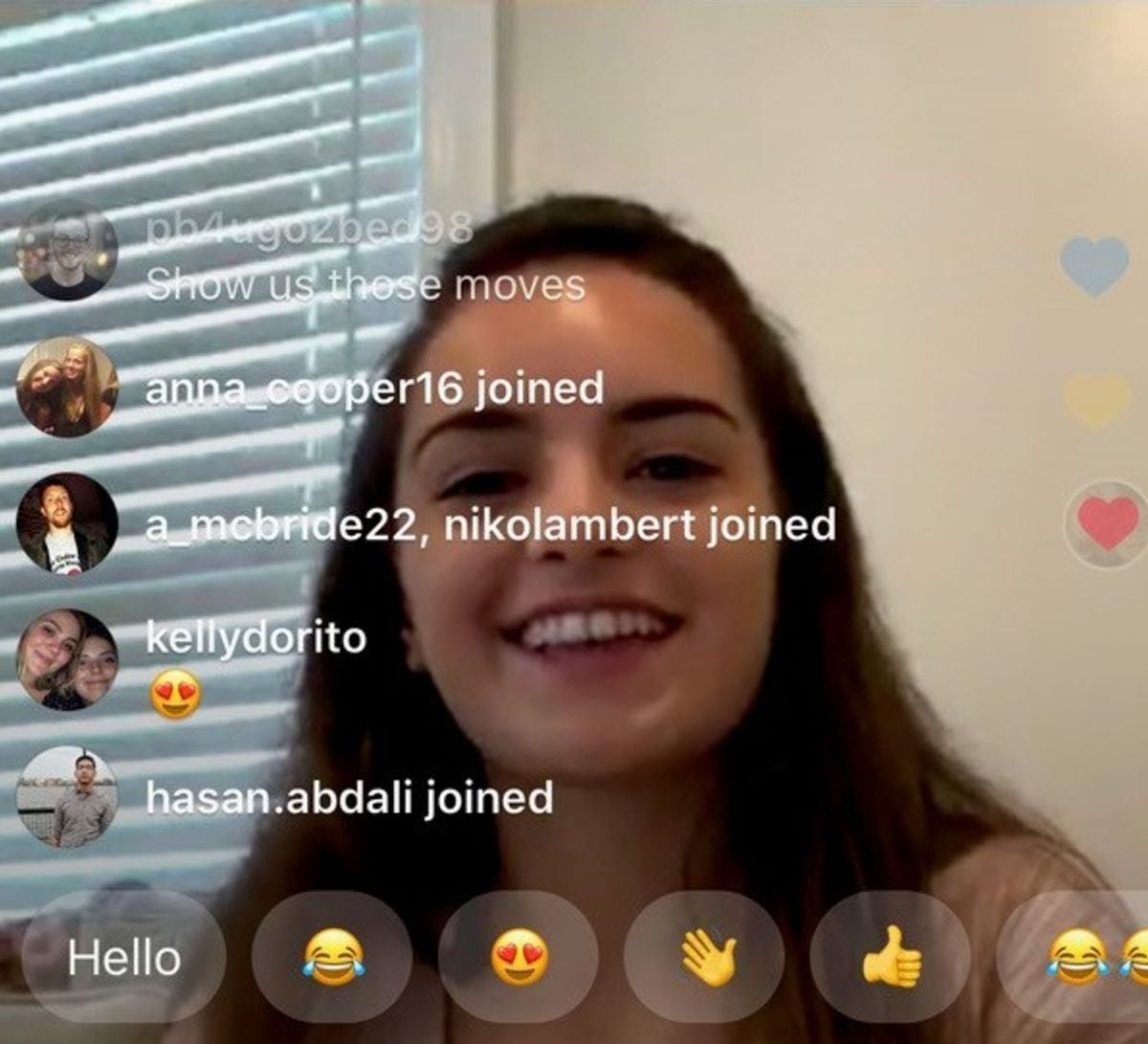 “We assumed it wouldn't happen because of the new challenges our students at Stevens were facing. However, the executive team for StevensTHON decided to persevere and continue to make miracles happen for local kids and their families,” said Pagnani

“The fact that this group was able to make StevensTHON fully available from the comfort of our homes speaks volumes about the character and passion behind the planning team. I am so proud of them, and so grateful for these students and the Stevens community for giving back to our kids during this unprecedented time.”

Pagnani wasn’t alone in her appreciation.

“These students worked tirelessly to fulfill their commitment to the kids and shined in the face of adversity, raising nearly $32,000 as a result. Each year I am incredibly proud of what this organization stands for and accomplishes, but this year gave that an entirely different meaning.”

When members of the e-board began considering a virtual dance marathon, they already had a fully operational website in place. 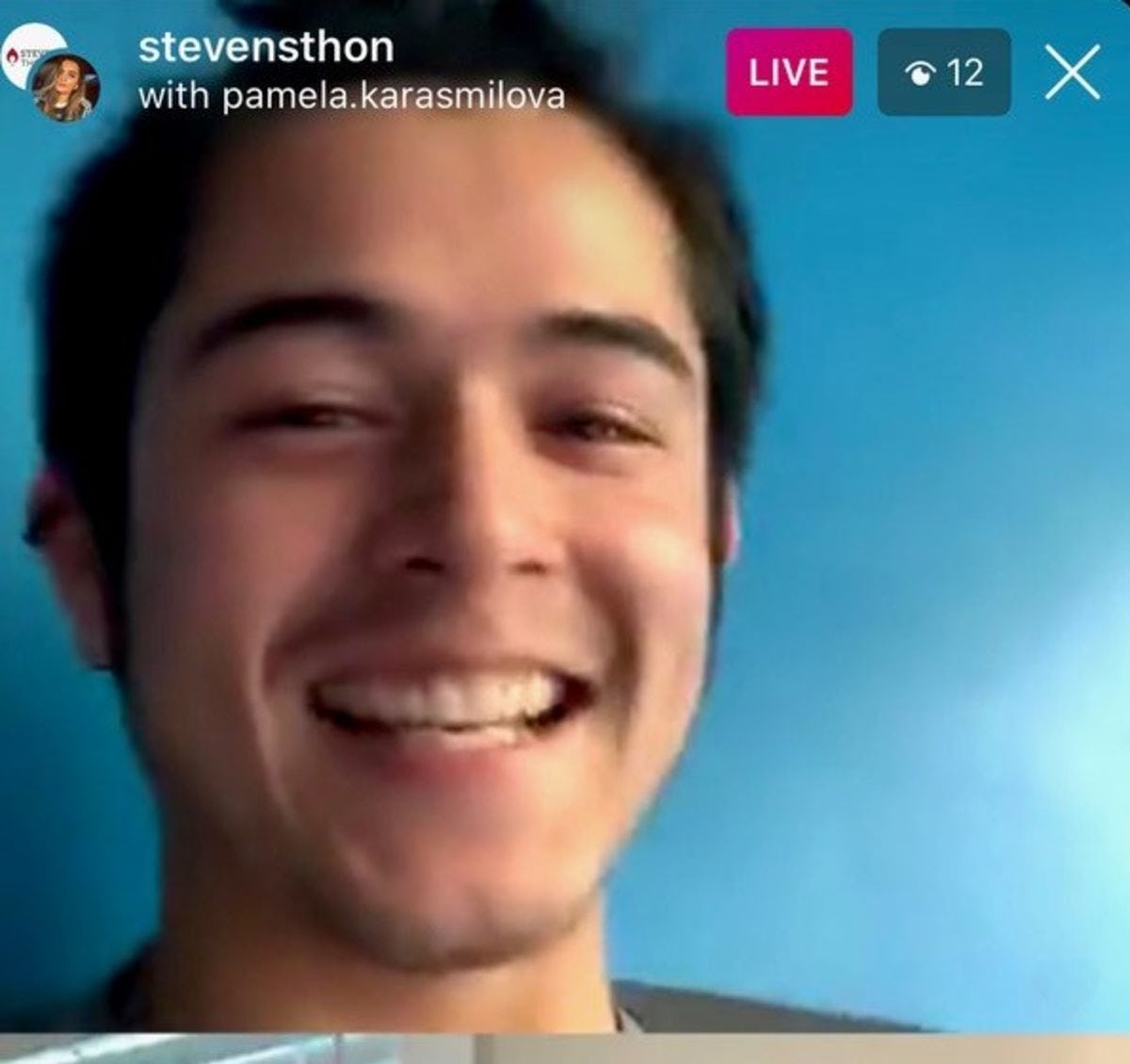 “We decided to turn that into a virtual platform for the dance marathon, and planned each hour with a scheduled activity, including performances and live updates from participating campus organizations, to resemble the physical marathon,” Walker explained.

Fundraising in a pandemic required more than just moving to a virtual environment. Walker and the e-board looked for strategic ways to maximize their fundraising. The biggest impact, Walker says, came from converting as many “zero dollar” dancers – individuals who have traditionally registered for the event but raised no money – into fundraisers themselves.

“Last year the percentage of zero dollar dancers was 66%. This year we recruited these zero dollar dancers to help fundraise through as many means possible by having them post on Facebook, do an Instagram fundraiser or sending emails. And we were pleasantly surprised to see our zero dollar dancer numbers decrease to less than 50% this year, the lowest it’s ever been in StevensTHON history.

Other noteworthy statistics from StevensTHON 2020 included more than 300 students registering to fundraise, more than 30 student organizations participating, and nearly 600 website visits on the day of the dance marathon. 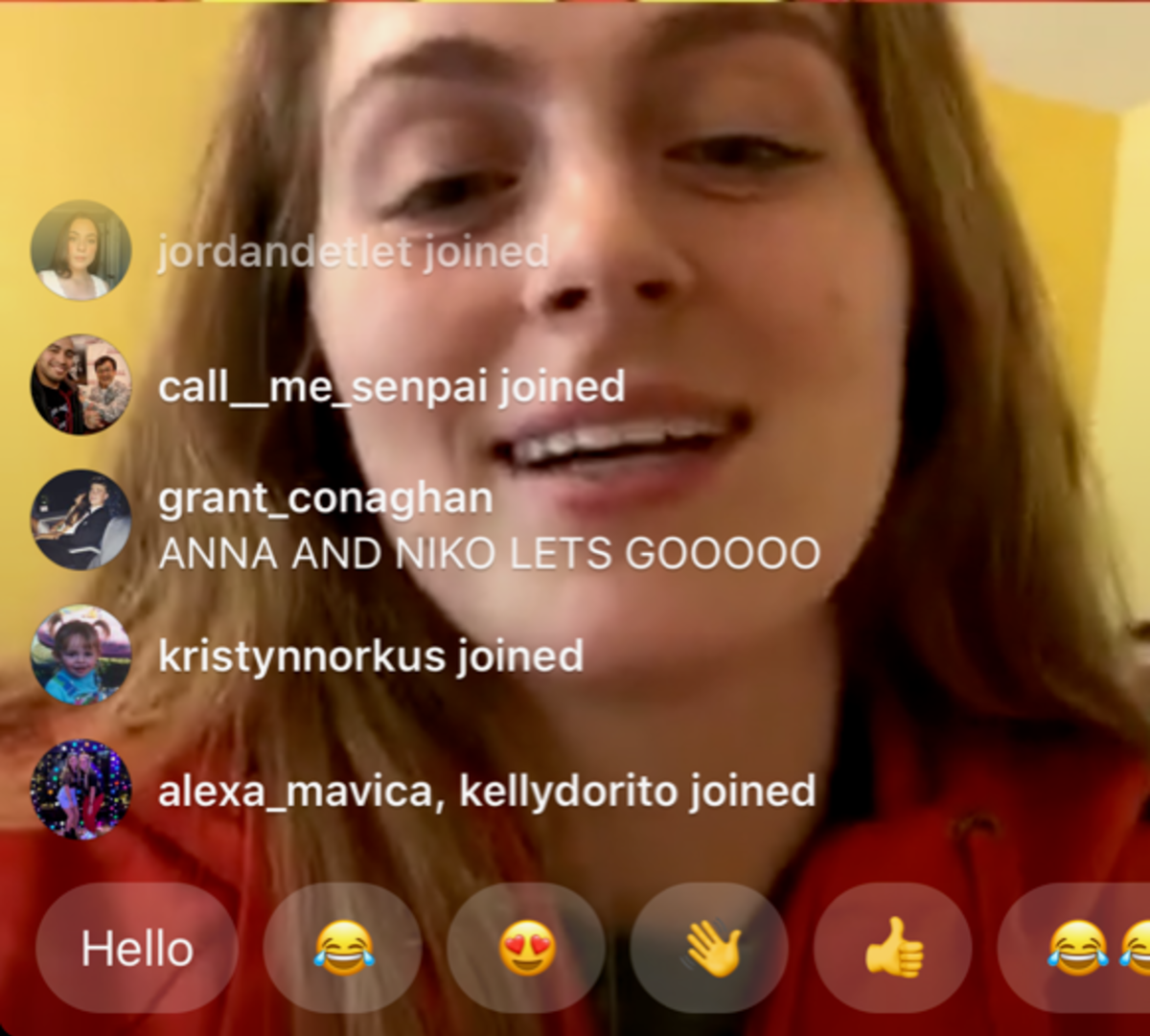 Shemanski, who has served as campus advisor for StevenTHON since its inception, adds that the resiliency and adaptability Walker and the other e-board members showed during their quick pivot to a contingency plan underscored the tremendous growth of the organization in its short time of existence.

“I have had the privilege of supporting the transformation of this organization as it has grown from an idea to a campus-wide movement. This year brought all of that growth together in a very big way.”