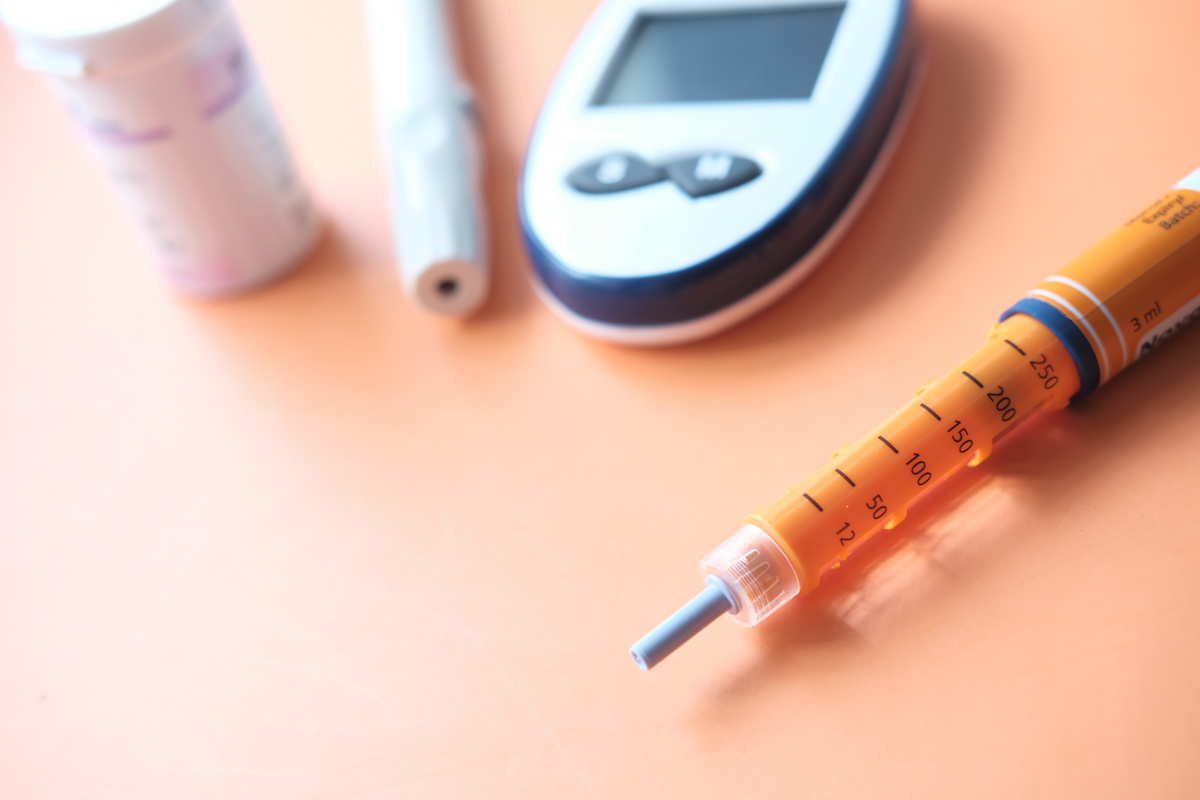 Biology major sought to analyze the reasons, context and trends on teen management of this chronic condition

Type 1 diabetes can be fatal or damaging to the body if left unregulated. Because the pancreas either produces very little or zero insulin at all, patients must be extra diligent about monitoring their blood glucose levels and administrating insulin.

This chronic condition typically appears in adolescence, an age group that historically has had a challenging experience performing routine management. According to researchers, 21% of adolescents, ages 13 to 18, are able to maintain their Hemoglobin A1c (HbA1c) at 7.5%, the recommended target. Hemoglobin A1c is a form of hemoglobin that binds to sugar in your blood, and too much of it is bad for the body.

To explore the reasons and context on the phenomenon of teens missing blood glucose targets and insulin administration, a biology student at the Stevens Institute of Technology deployed data science techniques to analyze information from a diabetes self-management app.

“This project focuses on helping adolescents with diabetes overcomes barriers to care,” said Leigha Tierney ’22, who had earned a bachelor’s degree this past semester and worked on this research for her senior design project, which was titled “Integration of Biobehavioral Feedback into Blood Glucose Monitoring for Adolescents with Type 1 Diabetes.”

Tierney started the project by looking at a dataset from the study “Mobile Momentary Assessment and Biobehavioral Feedback for Adolescents with Type 1 Diabetes: Feasibility and Engagement Patterns,” published July 2018 in the journal Diabetes Technology & Therapeutics, collected by Shelagh Mulvaney at Vanderbilt.

Researchers had one group of 30 teenagers use a diabetes self-management app called MyDay for one month along with a glucose meter. At breakfast, lunch, dinner and bedtime, teen participants measured their blood glucose levels, in addition to answering contextual questions and entering other information into the MyDay app. The software was meant to capture “location, social context, stress, energy, mood, contextual barriers to diabetes management such as hunger, rushing, and lack of privacy,” said Tierney.

“My dataset had hundreds of variables. It would have been basically impossible to use Excel or Google Sheets or something more rudimentary on this data set. Pandas is ideally suited for large data sets,” she said.

Her results were eye- opening. Teens were most likely to miss their insulin shots when they were tired and also when they were at home with their families.

“You would think adolescents would not miss their insulin shot when their parents are around because they would be reminding their kids about it. But we found out that wasn't the case,” she said. “But it's a really important result from the analysis because doctors and psychologists can target those places or those people for intervention. So, it could potentially help adolescents with diabetes in the future.”

Other findings showed that 80% of teens in this study were most likely to miss their insulin when they were tired and they were most likely to miss taking their insulin when at home at 86.7%. Tierney ranked reasons why patients missed insulin: tired at 40% of participants, rushing at 16.7%, and feeling that glucose was low at 13.3%. She also found that any strong relationships between glucose level, stress, energy, and mood were highly variable between each study participant.

“An extended study protocol and the use of continuous glucose- monitoring could reveal time-series trends in biobehavioral data,” she said.

Samantha Kleinberg, computer science professor, advised Tierney on her project. Kleinberg’s research includes using artificial intelligence to study people with diabetes. She weighed in on the significance of Tierney’s project.

“During adolescence, people with diabetes transition from having parents and caregivers manage their diabetes to doing more of their diabetes care themselves. However, it’s also a challenging and stressful time of life. We know that people often do not test their blood sugar or give themselves insulin when we’d expect them to, but we don’t know that much about what’s happening in the moment,” she said. “Did they forget? Were they having fun with friends? Were they overwhelmed? Leigha used a unique dataset that actually tracked all of this context to learn what is going on during these times. Going beyond just whether or not people took an action to understand the barriers adolescents face could help to develop better strategies for reducing them.”