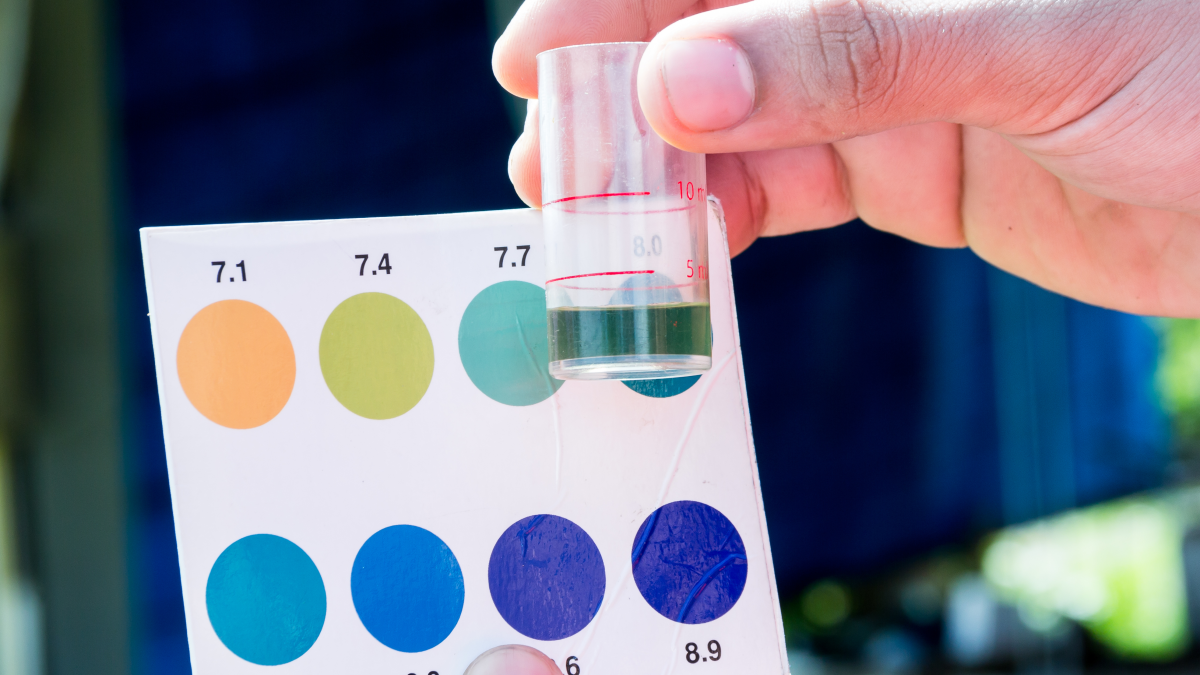 From alchemists in the Middle Ages to researchers today, people have long studied the element arsenic, which is extremely toxic at even minute levels.

Arsenic is common and insidious. The cancer-causing chemical leaches into groundwater from natural deposits in sediment and rock, and also from fertilizer, herbicide, and industrial sources such as coal-burning and copper-smelting. For all municipalities, it’s absolutely essential to track and remove arsenic in drinking water supplies.

A new study by researchers at Stevens Institute of Technology, published in the Royal Society of Chemistry’s journal, Environmental Science: Nano, found that arsenic can form water soluble molecular complexes with iron in acidic water and in neutral pH water, the safe pH level for drinking water. This new information could have implications on drinking water monitoring, how water gets contaminated, and current remediation methods.

“This is fundamental research that delves into the molecular level, but it is also significant,” said Xiaoguang Meng who is in the Charles V. Schaefer, Jr. School of Engineering and Science’s Department of Civil, Environmental and Ocean Engineering (CEOE). “The interaction of iron and arsenic has been studied extensively over the last 20 years by scientists. There are so many papers published about it that any new finding, such as this, is exciting.”

In their paper published this summer, “Formation of Fe(III)–As(V) complexes: effect on the solubility of ferric hydroxide precipitates and molecular structural identification,” the researchers explain that iron and arsenic have an affinity for each other and they can coexist in water.

“Arsenic in nature is typically associated with iron minerals,” said Meng. “Most arsenic contamination comes from natural sources, such as rock, compared to industrial sites.”

Taking advantage of iron’s natural affinity for the poisonous chemical, Shi said that iron-based methods have been used to remove arsenic from contaminated sites. Also, iron binding with arsenic can greatly impact arsenic’s transport through soil and water, making arsenic more mobile. Most research delving into iron and arsenic interactions have looked at how they interact in solid form in soil or as precipitate from water.

Previous studies have shown that the solubility of pure iron oxide (which could also be called rust) increased with the presence of arsenic. Meng’s team first reported its possible existence in their 2018 paper “Competing Interactions of As Adsorption and Fe(III) Polymerization during Ferric Coprecipitation Treatment,” showing that increasing the ratio of iron and arsenic also increased the solubility of iron in iron–arsenic precipitate. These experiments hinted that there could be possible soluble molecular complexes of arsenic and iron in the water, which Shi set out to find.

To find these iron–arsenic complexes and figure out their properties, Shi studied batches of water with these chemicals in varying levels of pH. Then, in order to model the molecular structure of these iron–arsenic complexes and figure out their molecular bond, he utilized a synchrotron light, which is generated by the high energy electrons under the speed of light at the Argonne National Lab in Lemont, Illinois, and the Brookhaven National Laboratory in Long Island, New York. He also performed computational quantum chemical modeling.

From his experiments, Shi found that arsenic can form water soluble molecular complexes with iron in water at less than 2 pH, which is very acidic. When the pH level increased, between 2 to 5, the formation of arsenic and iron tended to be in precipitate form. When water approached neutral pH, between 5 to 7, the arsenic and iron molecular complexes again appeared in the water. The complexes are made up of a cluster of arsenic molecules with one iron atom.

So, what are the nitty gritty, practical applications of these findings?

“That arsenic can form these soluble complexes with iron has significant, important implications for our drinking water,” said Meng. “That’s dangerous.”

Meng and Shi explained that knowing these molecular complexes exist can show how iron and, most particularly, arsenic, move through natural water systems that are potentially contaminated.

“It’s vital to know this information because arsenic in drinking water impacts over 200 million people worldwide and more than 2.1 million in America. And in North New Jersey, some families have elevated arsenic levels in their well water,” said Meng. “This is one of the biggest contamination problems in the world.”

Also, in regards to iron-based chemical methods that are used to remove arsenic from water, engineers would need to account for the presence of these molecular complexes when developing new cleaning techniques, Meng and Shi said.

“These molecular complexes would decrease the efficiency of these removal techniques,” said Shi.

Regulators also need to examine the toxic sludge that is left over from these remediation efforts. Because of the presence of these molecular complexes and their particular chemical properties, arsenic can potentially leak from these sludge piles and harm people’s drinking water, Meng and Shi said.

“If people continue to drink arsenic containing water, even at a lower level, they can have skin cancers, heart disease, diabetes and all kinds of problems. So, it's a really serious health issue,” said Meng. “So that’s why this finding is important. Scientists and engineers can use this information to build better, more efficient water treatment methods.”