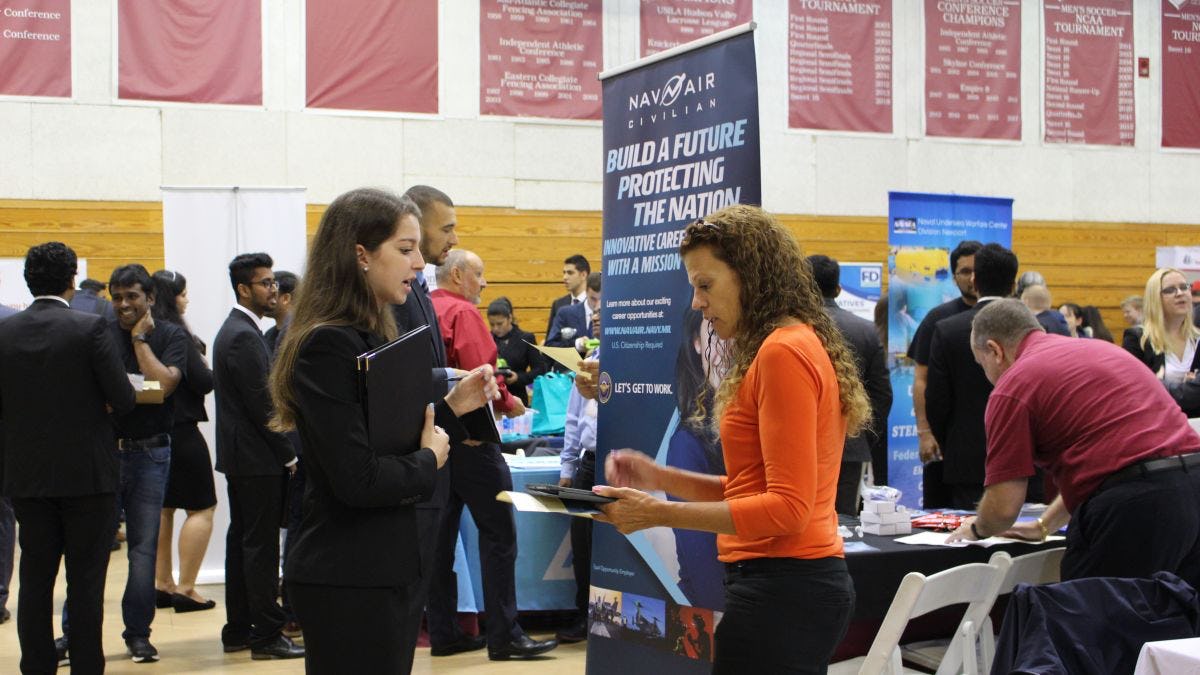 “We’re really trying to ramp up our early career programs across the board. So what better place to come to than Stevens Institute of Technology to try and recruit?” said Nicole Braun, HR generalist for Chubb, the world's largest publicly-traded property and casualty insurer. 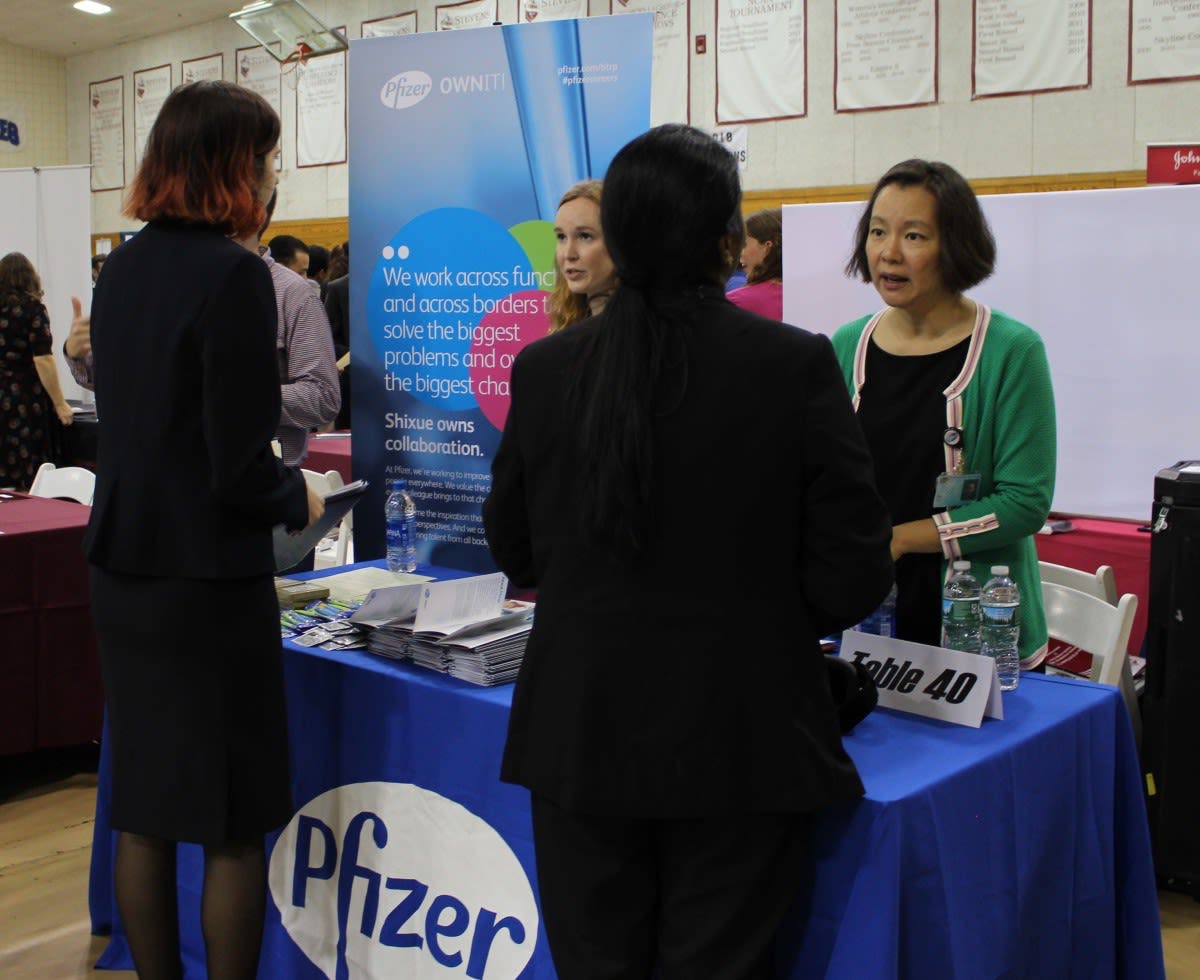 Chubb made its first appearance at the Stevens fall career fair, where the common sentiment among employers was: They’re not just hiring to fill open positions, they’re recruiting top talent to be part of their companies’ long-term futures.

“We’re trying to build a pipeline of well-rounded recruits who have a strong technical background. The Stevens Career Fair is an ideal opportunity to meet a range of majors we could use to fuel that pipeline,” said Donald Rick of beauty products maker Coty.

Chubb and Coty were among the more than 120 companies to attend the September 26 event, which included industry leaders such as American Express, BAE Systems, Con Edison, IBM, Johnson & Johnson, Merck, Nielsen and Pfizer.

Many were repeat employers like EY. Michele Kotler, campus recruiter for the Big Four accounting firm, says the technology-grounded education that Stevens students receive position them well for careers across all of EY’s practices, including advisory, tax and insurance. 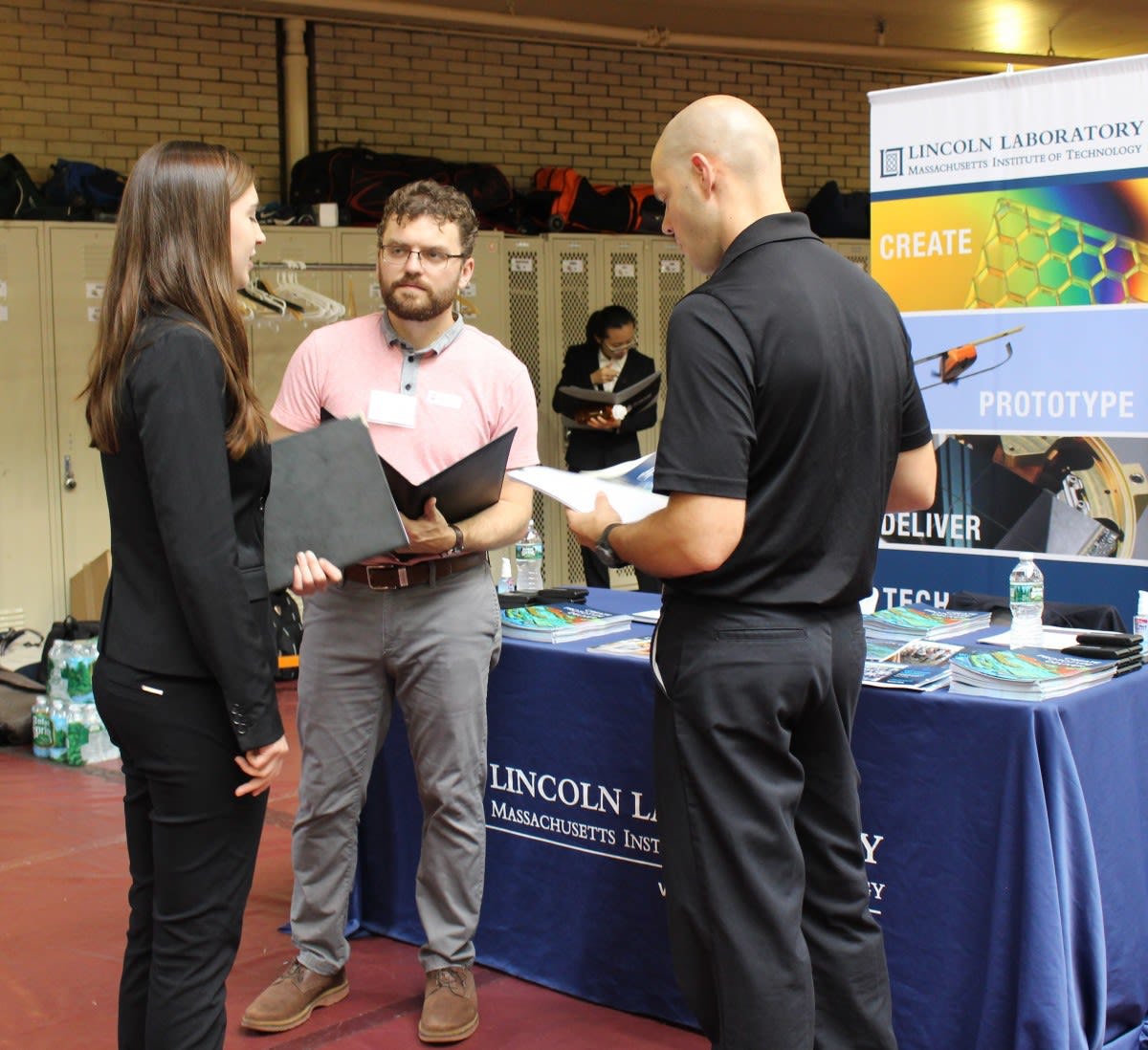 “Stevens students have that baseline of technical skills that we’re looking for. There’s a big need in business for that kind of talent right now. As a result, more and more practices are looking to recruit from Stevens each year.”

“Employers attend our career fairs because Stevens students are a reliable source of talent that can provide long-term value. They know the caliber of our students and their potential to contribute to their companies in significant ways. So they seek Stevens graduates in order to groom them for senior positions down the road,” said Insley.

Many of the recruiters greeting prospective candidates were Stevens alumni.

Timothy Cavagnaro '16, was recruited by medical technology company BD through a Stevens career fair two years ago. He was eager to return to his alma mater to help BD recruit more Stevens talent.

“There’s a reason why BD has such a close relationship with Stevens. We’re able to get the type of students who would fit perfectly into each of our rotational programs in manufacturing development, IT and R&D.”

Sean Vazquez '13, a software engineer at American Express, also knows first-hand how Stevens prepares students to thrive in the workforce. 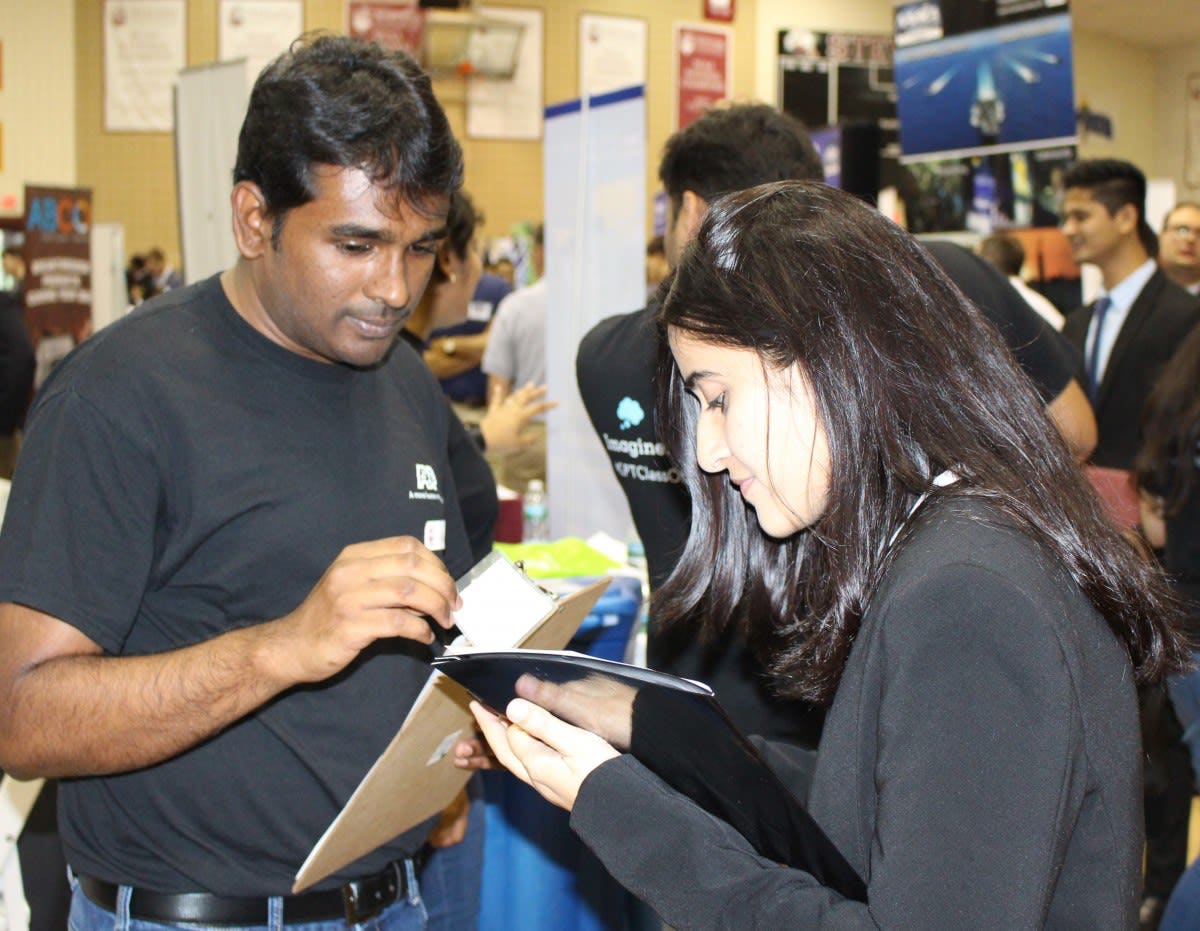 “The best thing Stevens teaches you is how to learn, and learn well for years to come,” Vazquez said. That technical agility, he says, is one of the main drivers of recruitment as American Express continues to focus on the customer mobile experience.

The fall career fair was open to Stevens undergraduate and graduate students who are graduating in December 2018 and May 2019, as well as alumni.

For Kiran Mankame, an electrical engineering senior, the appearance of so many alumni made interacting with recruiters engaging and helpful.

“The Stevens bond made asking questions easier and led to more effective information gathering because they’ve been in our positions and know the quality of the education we get here.” 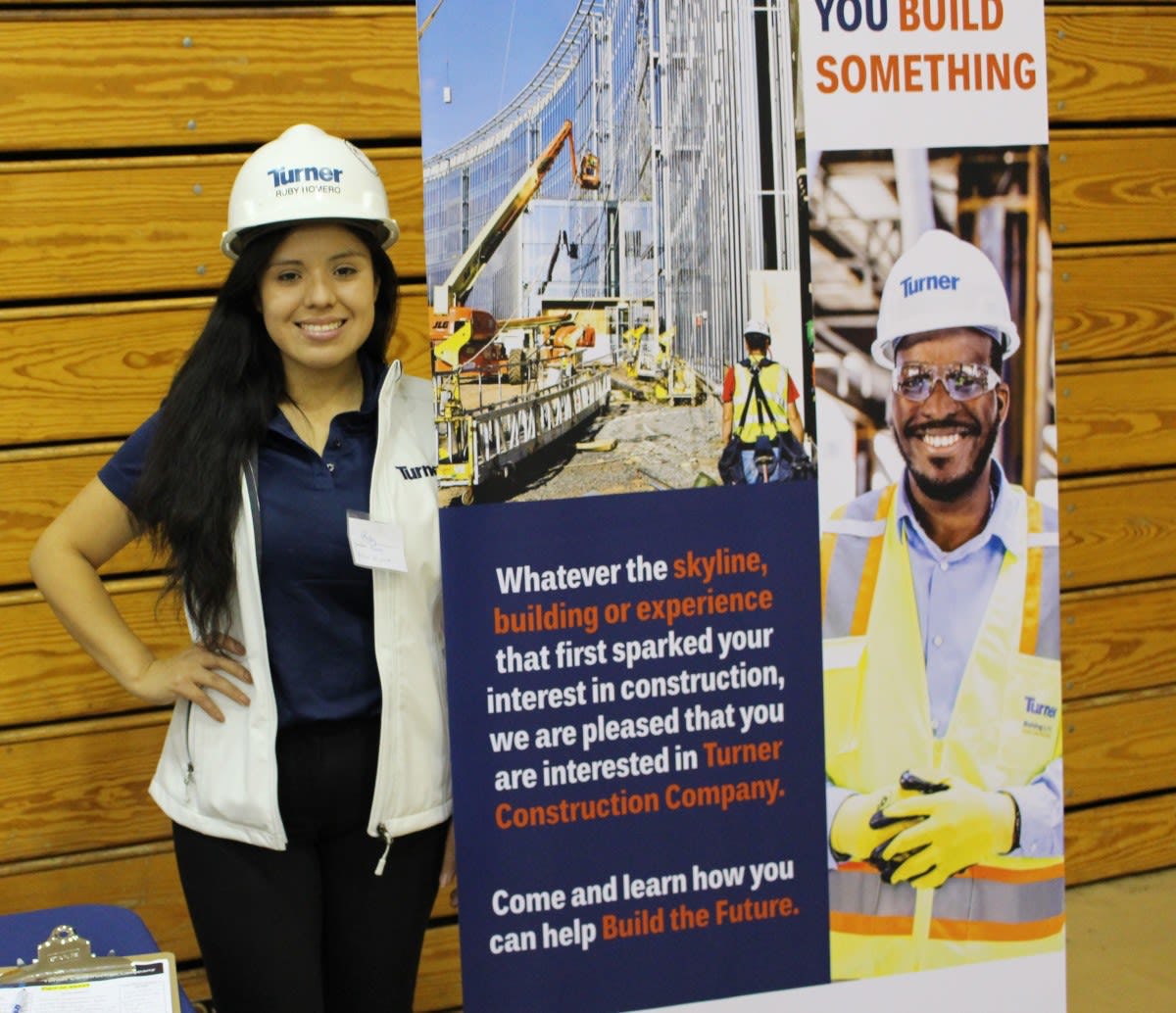 “Without that earlier experience I wouldn’t have been as confident as I was today,” she said. “I did a lot of research beforehand and made a game plan: which companies to approach first and which companies last. I made sure to talk to all the companies I wanted and was able to have some really good conversations.”

Ruby Romero '14, a cost engineer at Turner Construction, agrees that the right preparation can make all the difference in getting outcomes from a career fair. When she was a Stevens student, she made sure to tap into the resources of the Stevens Career Center to increase her chances of success, she recalls.

“I knew that Turner was recruiting through the career fair and Lynn Insley and her team helped me to prepare so that I could put my best foot forward when the time came,” she said.

Her career fair meeting with Turner led to subsequent interviews and an offer, but the career center’s involvement didn’t end there.

“Even after getting the offer, they sat down with me, went over the acceptance package and explained what everything meant. So they were there for me from beginning to end.”

To learn more about student outcomes, visit Success After Stevens.