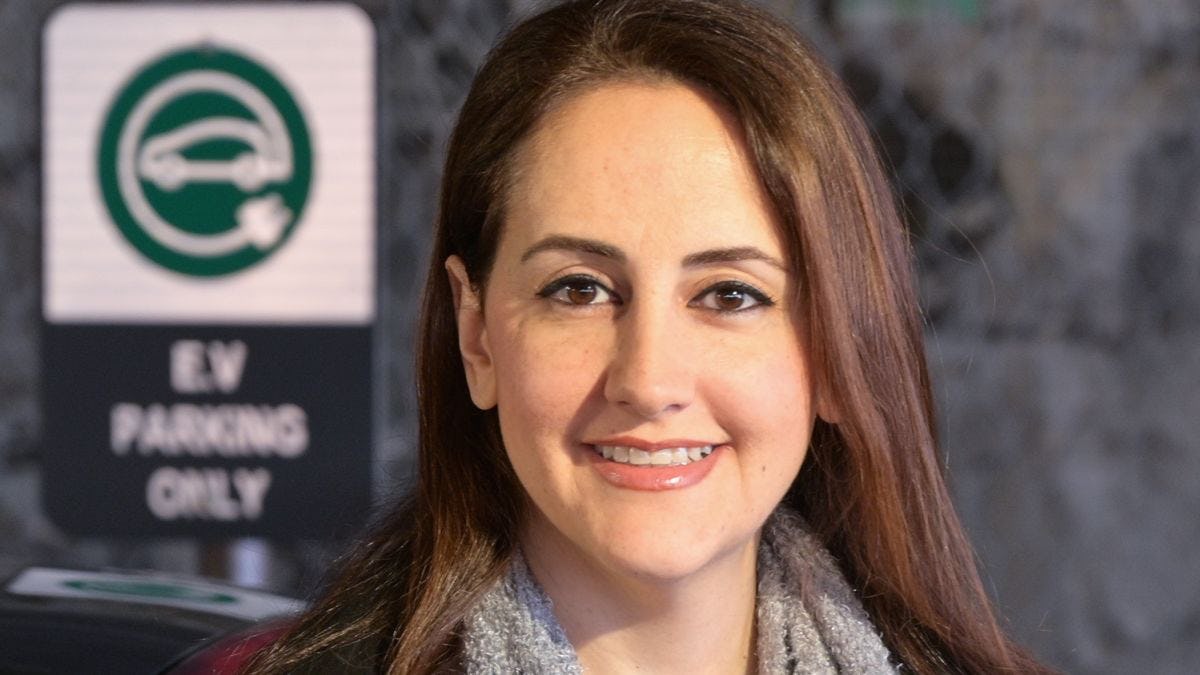 Stevens’ Yeganeh Hayeri, an expert on autonomous vehicles and level three automation, selected among 82 of the nation’s brightest engineers in academia, industry and government

(Hoboken, N.J. – July 29, 2019) – Since joining Stevens Institute of Technology, Yeganeh Hayeri has been studying the impact of driverless cars and automated technologies on transportation, human behavior, the environment and society. This work has earned her an invitation to the National Academy of Engineers Frontiers Symposium, where 82 of the nation’s brightest, early-career engineers across academia, industry and government will come together for the two-and-a half day event.

The 2019 frontiers symposium will be hosted by Boeing South Carolina in North Charleston, Sept. 25-27, and will cover cutting-edge developments in four areas: advanced manufacturing in the age of digital transformation; engineering the genome; blockchain technology, and self-driving cars: technology and ethics.

In the field of self-driving cars, Hayeri, whose work lies at the intersection of civil and environmental engineering and public policy, studies level three automation – loosely defined as when a car can function without human interference but a driver should be ready to take over when needed. “If you are in a situation where the car needs your help, you need to be ready,” she said.

The Society of Automotive Engineers published a sliding scale that ranked cars on their level of autonomy, which was adopted by the U.S. Department of Transportation’s National Highway Traffic Safety Administration. Cars at level five would drive as well as or better than humans, smoothly adapting to rapid changes in their environments, like swerving cars or stray pedestrians. This would require the vehicles to make value judgments: if a car detects a sudden obstacle—a jackknifed truck—should it hit the truck and kill its own driver, or should it swerve onto a crowded sidewalk and kill pedestrians? A human driver might react randomly, but the response of a driverless car would have to be programmed ahead of time. What should we tell the car to do? “This is where ethics come to picture,” said Hayeri.

Level three automation is equally fraught with ethical dilemmas, but the ethical considerations rest entirely on the shoulders of the rider. How would humans respond during potentially fatal collisions and what would they do in critical situations where a sensor fails to function properly? Hayeri has conducted surveys to gauge how drivers rate themselves on their temperament, driving style and confidence to react at a moments’ notice – “how long do they think it would take them to take over control of the car?” she asked, noting “the gender disparities are eye-opening.”

The work, which forces us to make our underlying moral calculations explicit, can help inform policy makers as autonomous vehicles become more mainstream in the upcoming decades.

In addition to studying the ethics and policy consideration of level three driverless cars, Hayeri has been one of the firsts to look at the energy impact on lower levels of automation and individual technologies that are already introduced in many of our cars, pickup trucks and sport-utility vehicles. She found that individual technologies such as time-mapping and route optimization, lane-keeping warnings, and various forms of cruise control, among other technologies, translates into $6.2 billion in the U.S. on fuel-cost savings alone.

Hayeri, an assistant professor at Stevens School of Systems and Enterprise, has worked closely with departments of transportation to advise on the impact driverless cars will have on state infrastructure such as roads, bridges and traffic signals, and how they can affect drivers license training and issuing, law enforcement and traffic operations.