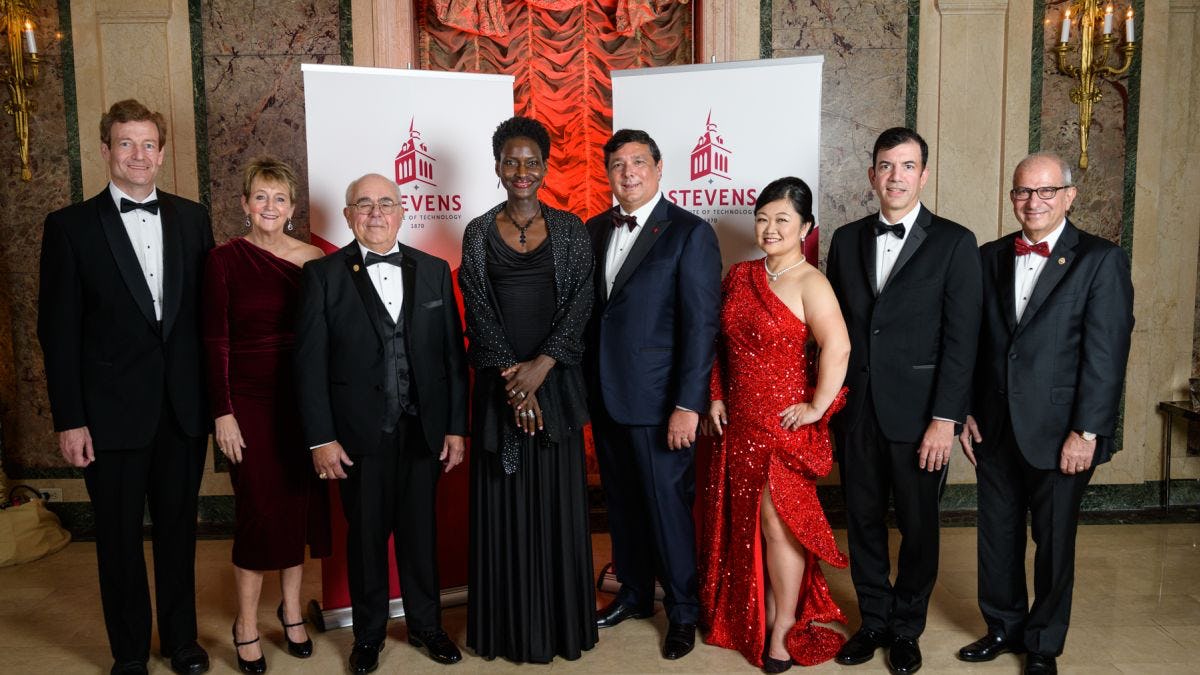 "Where have you all been?" Chris Cimino, PIX-11 meteorologist and co-host of New York Living who served as master of ceremonies, asked as he officially kicked off the 2022 Stevens Awards Gala. His sentiment was well-received; for an event centered on celebrating the success and impact of a select group of accomplished alumni, the real star of the night was a concept far more humble: togetherness.

"It is wonderful to be back at the Plaza, celebrating Stevens with you."

Held at The Plaza Hotel in New York City, this year's ceremony marked the return of Stevens Institute of Technology's most prestigious event after a three-year hiatus. Dressed to the nines, alumni, students, faculty, staff and friends of Stevens gathered to celebrate the awardees and each other, and were treated to performances by Carlos Alomar, Stevens' Distinguished Artist in Residence, with the Axel Tosca Trio; Kameelah Samar Majied '00 M.S. '08; and the President's Ensemble.

Stevens Board of Trustees member Philip P. Crowley '71, who received the Outstanding Contribution Award in 2019, was grateful to attend the ceremony and especially proud to see Sheila Xuan Sun '06 M.S '06, whom he mentored during her time at Stevens and beyond, accept this year's Young Alumni Achievement Award.

"It was such a feeling of loss, of sadness, these past years not being able to get together with my friends who love Stevens," he said. "It means so much to see Sheila accept her award. I feel very fortunate to have helped such an accomplished young woman to achieve more of her potential."

Patty Torres '01, treasurer of the Stevens Alumni Association and STEP (Stevens Technical Enrichment Program) alumni leader, was also happy to attend the gala in support of Hermes O. González-Bello '89 M.S. '95, who received the International Achievement Award. Connected through their participation in STEP and the National Society of Hispanic Professional Engineers (González-Bello was a co-founder of the Stevens chapter) during their respective times at Castle Point, Torres thought it was particularly important to show up.

"Representation matters, so seeing older alumni recognized gives you something to continue to aspire to," she said. "Actions speak louder than words, and seeing leadership represent you and push for representation is why I support President Farvardin, Stevens and the Alumni Association." 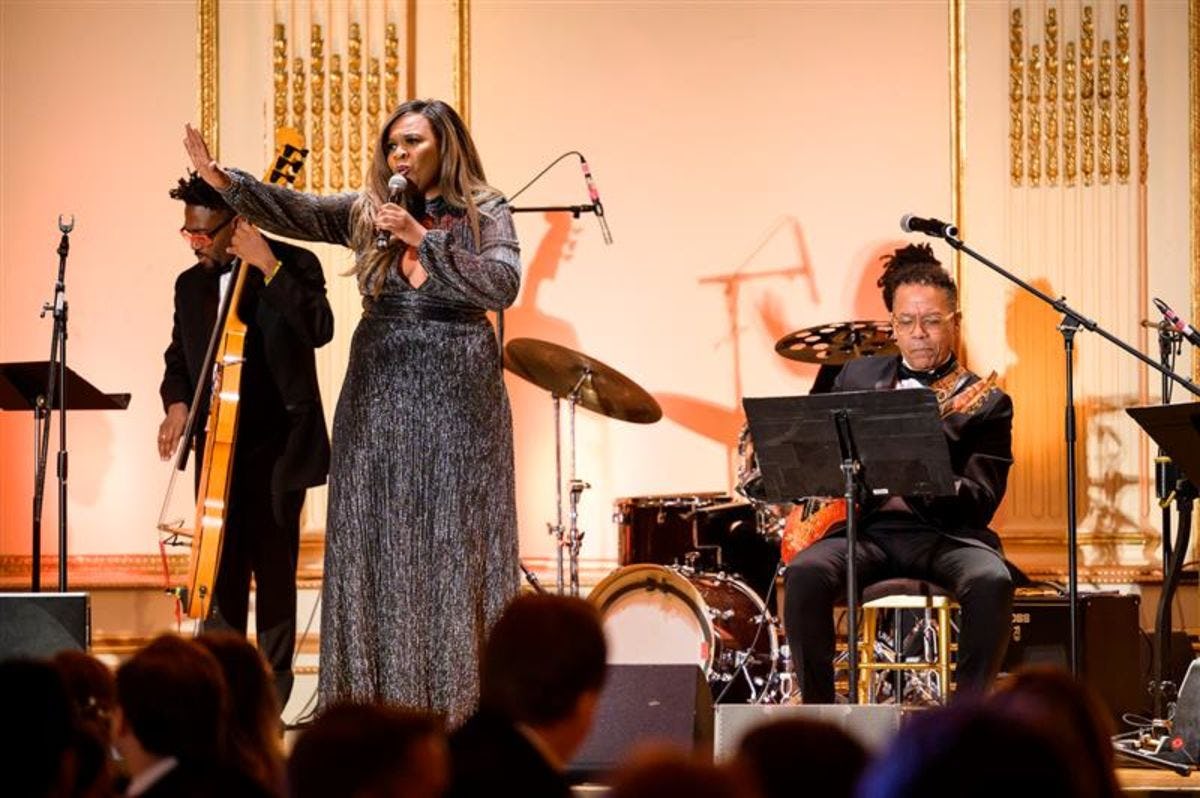 "You make us proud in so many ways — through your accomplishments, your success and the high bar you have set for the rest of us. Your achievements and accolades bring honor and distinction to Stevens, and for that we are in your debt," he said.

He also addressed a special group that made up a sizeable portion of the audience: students.

"Take the lessons in leadership exemplified by tonight's honorees and make them your own."

The number of students in attendance was encouraging for Lisa M. Mascolo '82, chair of the Awards Selection Committee and previous recipient of the Distinguished Alumni Award for Business and Finance. "It's so important to bring together multiple generations of alumni, specifically young alumni and students, so they can experience what their future as alumni will look like," she said. "We're alumni for much longer than we are students, and events like this help students understand their role as alumni."

Corey Batchelder '23, an engineering management major and member of the President's Ensemble, agrees.

"I think any opportunity to speak with alumni and hear their stories and experiences is really encouraging," he said. "Being able to interact with alumni, to bridge more connections and attach faces to names gives students a greater sense of pride. I'm really appreciative that I was able to be here tonight."

Batchelder was struck by a story from award recipient Aimiende Negbenebor Sela. She spoke about her time at Stevens and the "stick-tuitiveness" that she learned. She said that skillset of determination and perseverance helped her transition from engineering to filmmaking, which is where she has found she can have the most impact.

"Let the world tell you what it needs from you," she said, "and then go out and solve the problem."