STEP Turns 50 at Anniversary that Honors the Past, Hopes for the Future 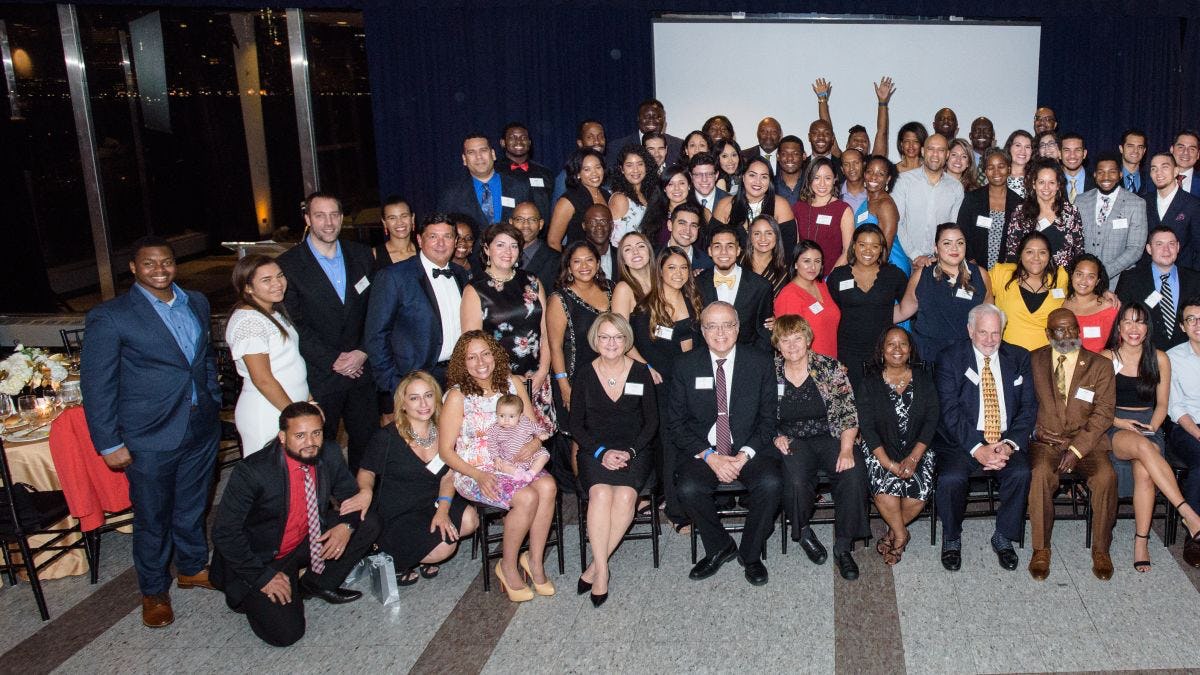 Patty Torres ’01 was visibly fighting to tell her story, before her emotions got the better of her.

“When you talk to me, I always talk about the STEP program,” she said quietly, at the 50th anniversary celebration of the Stevens Technical Enrichment Program on campus on Sept. 22. But she told her story well because here, even before a large audience, she was with family.

Growing up about four miles from campus in West New York, New Jersey, she got a chance in middle school to take an Algebra 1 class that would help prepare her for college. Class started at 7 a.m., and her mom, a single parent of two, needed to be at work in Massachusetts, leaving on a Monday and coming back on a Friday. So Torres would get her younger brother ready in the morning, take him to daycare, dash to Algebra class, later head to her middle school, and then pick up her little brother from daycare after school. And she managed to do it for a while, but once the cold winter mornings and snow came, it just became too much.

“I don’t recall telling my Algebra teacher if it was the fact that I had to get up earlier than my classmates, or that the class was hard, or both. All I remember is crying that I couldn’t do it anymore, I had to give up this opportunity,” she said, filled with emotion. Years later, she would get a new opportunity through STEP and its summer, pre-freshman Bridge program, which she had to pass to be admitted to Stevens. She did it.

“All of us had challenges. All of us had hardships,” Torres told three generations of STEP alumni, students and friends gathered. “We also had mentors, teachers, professors, deans, friends or families that have helped us along the way. For me, STEP gave me that opportunity, and that’s why I come back and support the program and the students.” 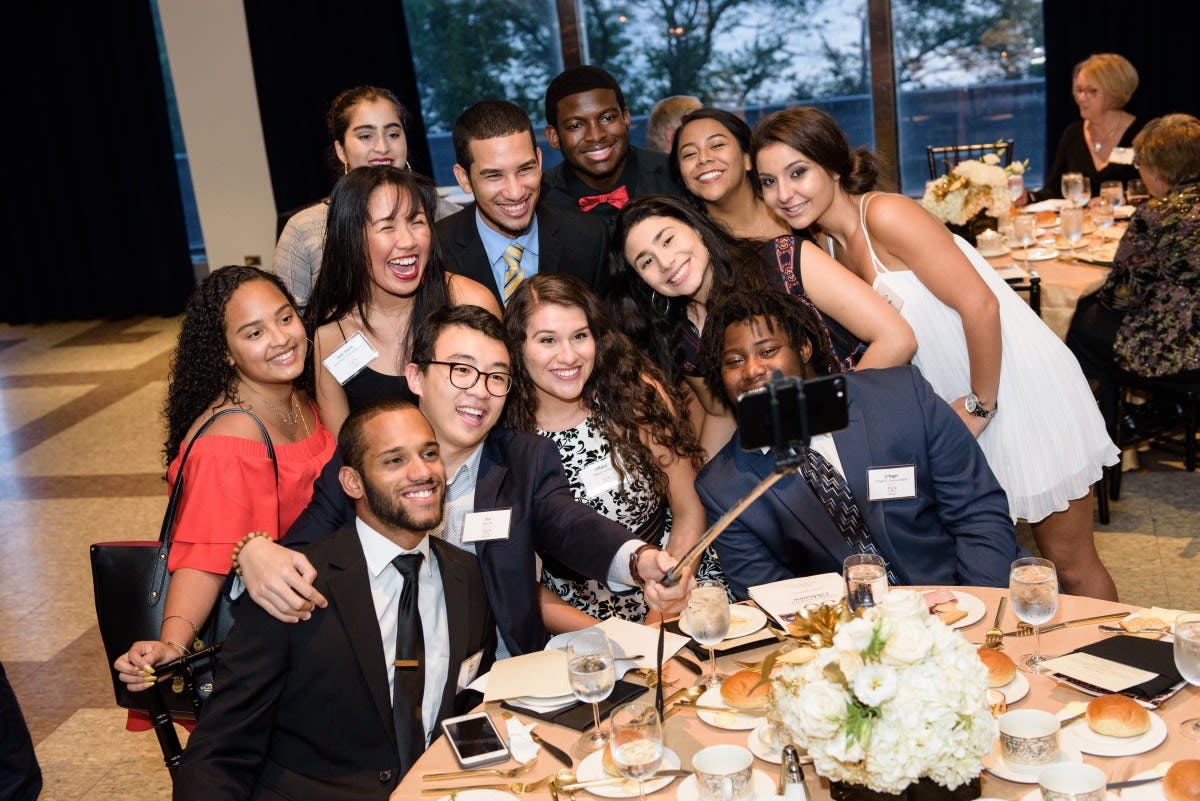 This golden celebration of a program founded to increase the number of underserved students in STEM fields, many of them African-American, Latino, first-generation and low income students, saw STEP alumni return from as far as California and Texas. The conversations turned to family, friends and career successes, and there are many with STEP, which has propelled engineers, scientists, physicians, lawyers, educators and CEOs over these last 50 years.

But the evening itself was mostly about the resilience of its students — some 1,000 over the decades — about the people behind them who always believed in them, and about giving back.

Back in 1968, STEP started as a Saturday enrichment and tutoring program for talented high schoolers from underserved groups from New York City, Newark, Hoboken and Jersey City. It was one of the first of its kind in the country.

“Fifty years ago, a small group of Stevens students and faculty members were bold and innovative,” said Deborah Berkley M.S. ’84, the longtime STEP director and dean of student development and enrichment programs. “They saw a problem — a lack of diversity within engineering and within Stevens and schools like Stevens — and decided to do something about it.”

During the anniversary event, Stevens President Nariman Farvardin praised the foresight of those Stevens leaders who “chose to be a university with the responsibility to reach out to students with fire in their belly and a great work ethic, to nurture them and give them the support that they needed to be successful.” 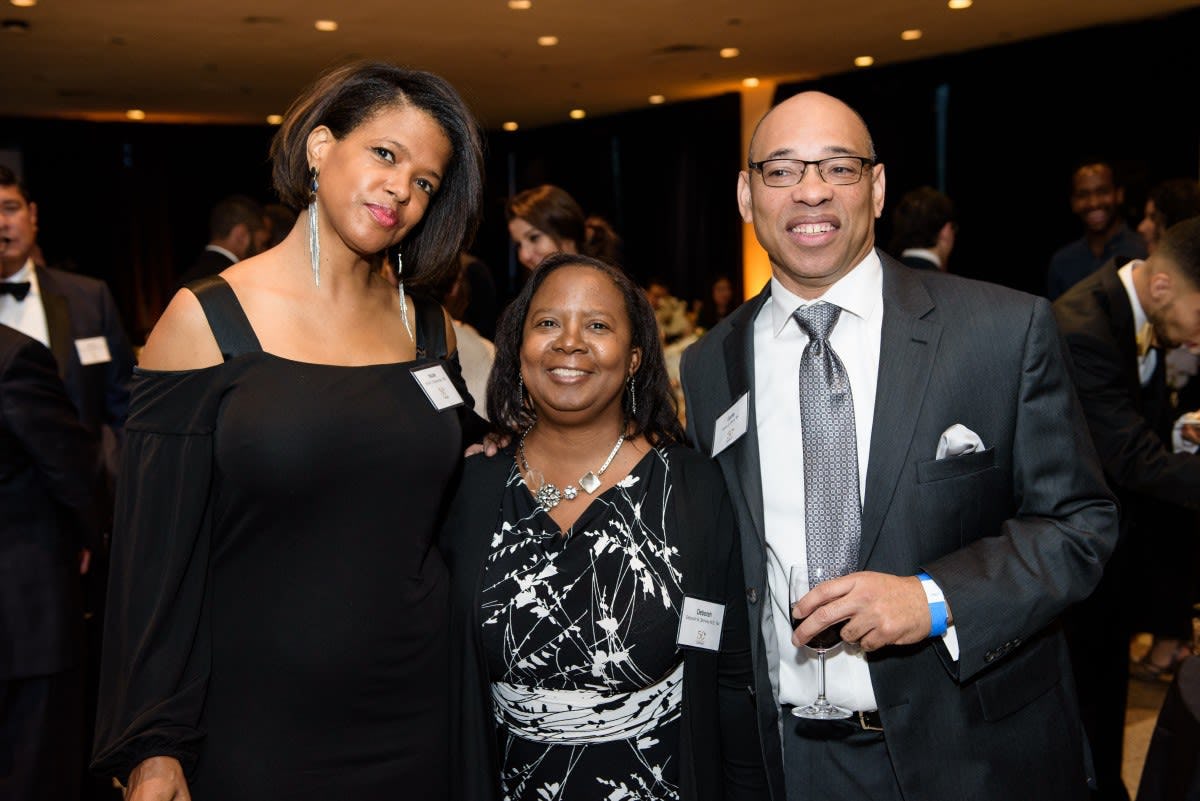 “Our commitment to providing support to these students who are talented and who have that fire in their belly will remain undiminished,” he said.

The evening honored four Stevens alumni — three STEP alumni, and one longtime STEP supporter — who have helped the program thrive in the past and into the future.

Maria Ramirez Gonzalez ’89 and Hermes Gonzalez-Bello ’89 M.S. ’95, who met through STEP and later married, received the Varoujan Mazmanian (M.S. ’71) STEP Exemplary Service Award for their longtime financial support of and service with STEP. (The award is named after “Maz” Mazmanian, a longtime Stevens math instructor and friend of STEP.) Indeed, their recent matching challenge to alumni helped attain a $75,000 goal to endow a new STEP scholarship, and this will mean more student scholarships for years to come.

An emotional Hermes recalled how both he and his wife immigrated from Cuba to West New York as teenagers, and quickly realized that they were not prepared for college. But then they heard “there’s this school in Hoboken, a program called Bridge, and a professor named Maz,” he said.

He and Maria both attended Saturday tutoring sessions before starting the summer Bridge program, and the extra support of people who believed in them made all the difference.

“We really needed a sense of belonging,” Hermes said. “We needed a community that welcomed us, that would tell us, ‘You’re not a failure, we’re going to help you. There is a community.’” Hermes is now president of PALL Industrial, which provides filtration, separation and purification technologies for the aerospace, microelectronics and other industries, and Maria spent more than 25 years in the manufacturing and product enablement areas at IBM.

Hermes noted that challenges for students from diverse backgrounds continue; so many bright students face daily challenges, he said. But through alumni volunteerism and financial support of STEP, “We don’t forget,” he said. “We go back to the community and create a sense of belonging and family.”

“In the next 50 years, it’s about building this legacy,” he said, so that STEP is not just a program but “part of Stevens’ DNA.”

On STEP’s 50th birthday, Farvardin had good news to report on the effort to increase the diversity of the Stevens campus. He spoke of two new initiatives: Stevens ACES — propelled by support from the late Art Harper ’78, Nate Davis ’76, other alumni and several corporations and foundations — which identifies talented students in underserved communities, providing scholarships for Stevens’ pre-college programs to high school students, special consideration for undergraduate scholarships and other support. Also, the first group of A. James Clark Scholars — 23 students from underserved communities and first-generation college students who want to study engineering, computer science or cybersecurity — started at Stevens this fall, thanks to a $15 million gift from the A. James & Alice B. Clark Foundation.

The evening also honored Ronald West ’71 with the Mazmanian Award. West served on the former STEP Advisory Board for more than 20 years and was a STEP tutor and donor going back to his undergraduate days. And Patty Torres ’01 received the Snowden Taylor STEP Impact Award, named after Taylor ’50, the Stevens professor emeritus and early STEP advocate, for her lasting impact on the STEP program. Torres, who is global director for indirect procurement at Bacardi Martini, helped to start and was the driving force behind the STEP Term and STEP Endowment Scholarships and is a co-founder of the STEP Alumni Club.

STEP alumni traveled from near and far for this milestone anniversary. Massiel Parra ’10 and her sister, Eileen Parra ’09 M.S. ’11, both STEP alumni, came in from New York and Boston. (Eileen, armed with an MBA from MIT, works at an AI startup; and Massiel is doing her pediatric dentistry residency at Mount Sinai Hospital in New York.)

They both spoke of the confidence – and the practical skills, like resume writing – that STEP gave them, to help them aspire to the top of their professions.

Like many alumni that evening, they also thanked Berkley.

“She was very inspirational,” Massiel said. “I told her – you’re one of the reasons I’m here today. She’s one of those special people that you meet in your life. I will try to be like that to someone else.”

Indeed, the most popular person in the room that evening was the woman whom many STEP alumni and students know simply as “Miss B.”

Deborah Berkley, who has worked with the STEP program since the 1980s, received a rousing standing ovation from her audience, many of whom she knew as freshmen.

“I struggled to find the best words to express the enormity of what STEP is,” she told them. But an email from a STEP alum, Earle Derry ’84, made it clear.

“He said that what separated him from his peers was his Stevens education, of course, his drive for personal success…but also largely to the person that STEP helped him to become through, he called it, ‘the trifecta of motivation, academic support and financial support.’

“AT STEP, we are 100 percent and more committed to our students’ success in and out of the classroom,” she said. Indeed, also quoting Earle: “‘If you are willing to work hard, you will give up on you before the program will give up on you.’ That was true when Earle was a student here, and it still is true today.”