For NFT collectors, there’s a fine line between buzz and boredom 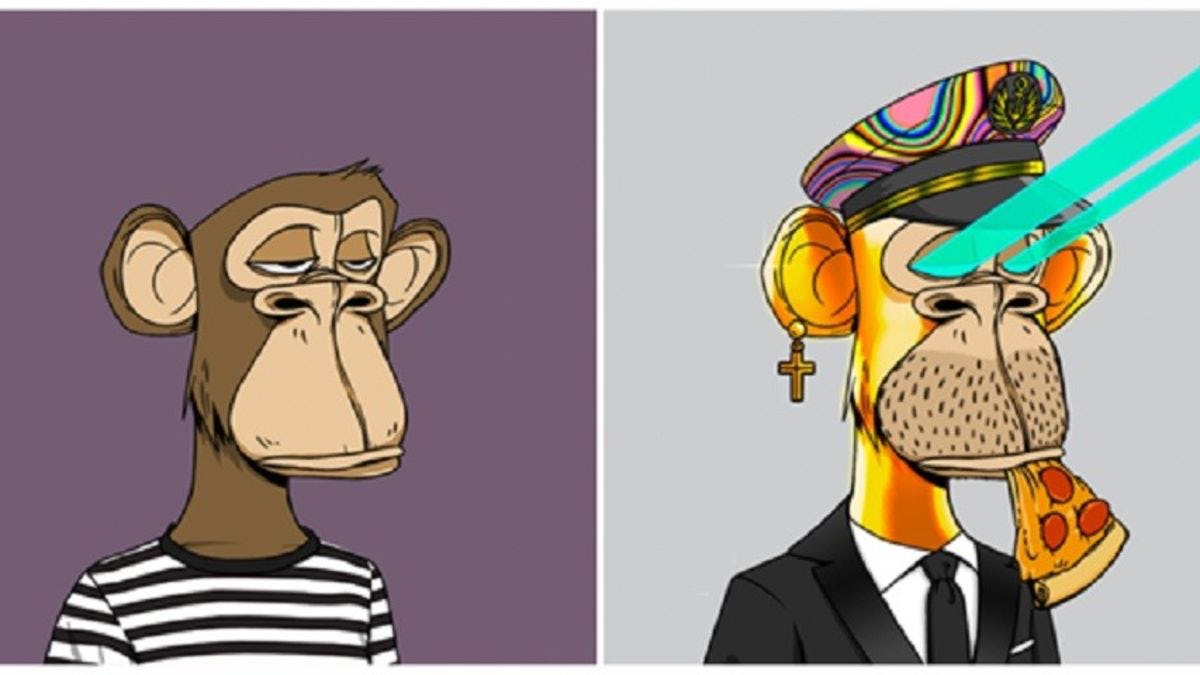 (Hoboken, N.J. – June 6, 2022) – Non-fungible tokens (NFTs) are all the rage, with collectors spending vast sums — in some cases, tens of millions of dollars — to own and trade unique digital images. For researchers, that offers a rare opportunity to study the way that people learn about new marketplaces and assign value to different categories of assets.

“Because NFT trading records are public, they offer a remarkable chance for us to look at why people perceive certain things as valuable, and how those changes over time,” said Jordan Suchow, a cognitive scientist who led the study at Stevens Institute of Technology.

Suchow’s team conducted the first cognitive study of NFT trading, looking at a subset of NFTs known as the “Bored Ape Yacht Club” — a set of 10,000 computer-generated cartoon apes, each with different features such as color, clothing, and accessories, that have grown immensely popular in recent months.

Each individual Bored Ape is unique, and thus equally rare, but some features are more common than others. An ape in a plain striped sweater might be more common — and thus potentially less valuable — than an ape in a suit and tie, or one wearing earrings, for instance.

“It’s a bit like stamp collecting: the stamps all look the same, so if there’s a printing error or some other rare feature that sets a stamp apart, people will pay far more for it,” explained Suchow, whose work will be presented at the Cognitive Science Society Conference on July 27-30 in Toronto, Canada.

“Today, a newcomer to Bored Ape trading sees these rare apes everywhere and perceives them to be much more common than in fact they are,” Suchow explained. “That creates a puzzle: how can people be expected to learn about a new category when their experience of that category is dominated by the rarest examples?”

If a person wants to learn what a dog is, Suchow explains, they could do so by going to a dog park and looking at a range of common animals. Going to an experimental breeder and looking only at rare breeds, on the other hand, would skew their perception of the category and of how much any given dog is worth.

To test their theory, Suchow’s team identified the rarest and most common features in Bored Ape NFTs, then mapped their findings onto the relative value of the NFTs over time. The results were striking: while rarity was strongly correlated with value in the early days of Bored Ape trading, the connection all but disappeared as an influx of newcomers began trading the NFTs.

The findings hold lessons for collectors of all kinds, says Suchow. “We’ve shown that rarity can become self-defeating — if you want to sustain value, you need to make sure that people don’t only see the rarest items in a given category,” he explained. That could spark a rethink about how online marketplaces are designed and lead individual investors to assign less value to rarity in new markets.

Some interesting questions remain: the Stevens’ team found that some rare NFT features, such as unusually colored backgrounds, retained their value over time, while others, such as an ape’s fur color, quickly lost value. Figuring out why some features continue to correlate with value and others don’t, and how that plays out in other categories such as stamp collecting or art markets, will require additional study, Suchow said.

“The exciting thing here is that we’ve revealed a general principle: that demand for rarity is self-defeating,” Suchow said. “That should be very broadly applicable, so the big question now is whether we can observe this effect in other categories, too.”

About Stevens Institute of Technology
Stevens Institute of Technology is a premier, private research university situated in Hoboken, New Jersey. Since our founding in 1870, technological innovation has been the hallmark of Stevens’ education and research. Within the university’s three schools and one college, 8,000 undergraduate and graduate students collaborate closely with faculty in an interdisciplinary, student-centric, entrepreneurial environment. Academic and research programs spanning business, computing, engineering, the arts and other disciplines actively advance the frontiers of science and leverage technology to confront our most pressing global challenges. The university continues to be consistently ranked among the nation’s leaders in career services, post-graduation salaries of alumni, and return on tuition investment.