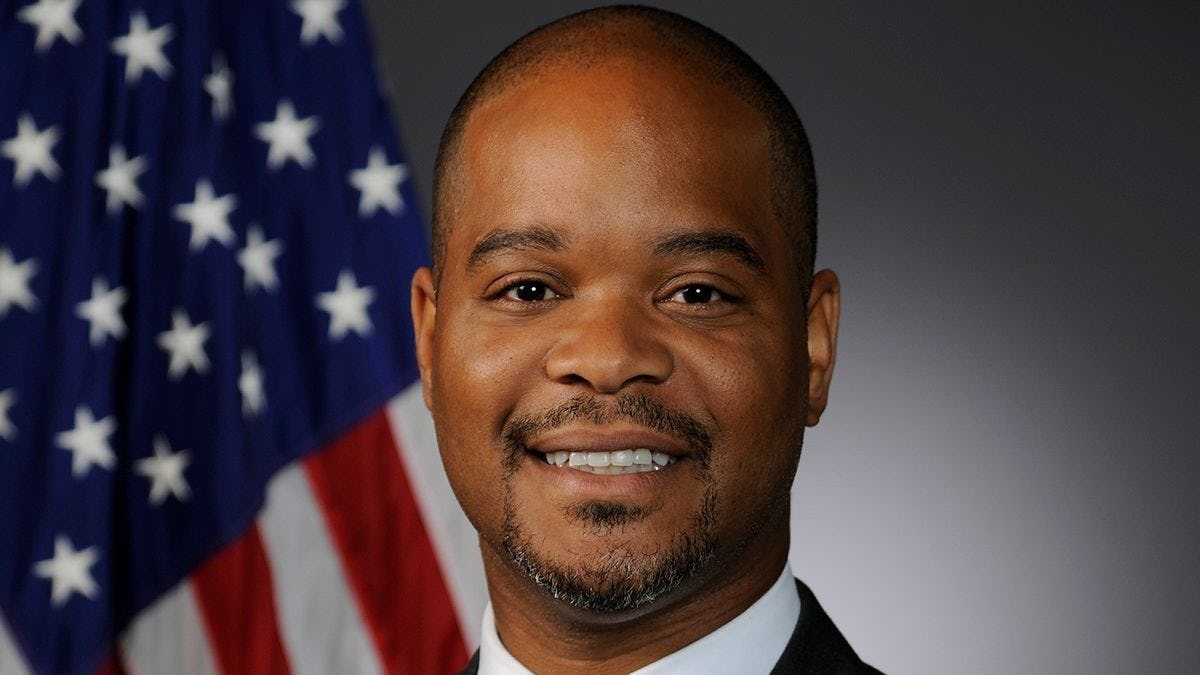 As a Construction Technology Subject Matter Expert for the U.S. Air Force, Michael Jackson, PMP, CCM M.S. ’10 helps to ensure consistently high quality for the construction of U.S. Department of Defense facilities. In 2021, his federal civilian service is being recognized nationally, first with an Alamo Federal Executive Board Excellence in Government Award and most recently as an Emerging Leader on DiversityMBA’s Top 100 Under 50 in Corporate America list.

Michael Jackson, PMP, CCM M.S. ’10 didn’t learn about Stevens until he was well into his first career role as a Mechanical Design Engineer for Exelon Nuclear. “One of my mentors suggested Stevens to me,” he recalls. “I was looking at graduate programs and he knew colleagues who were Stevens alumni. He thought highly of their work.”

While still in college at the University of New Orleans, Jackson interned with the U.S. Army Corps of Engineers and then accepted a position with Exelon after graduation. He stayed with Exelon for a few years after graduation to build his experience, but he wanted to move beyond the nuclear energy field. A relative suggested he consider a career in government work.

“I knew that working for the government would bring me job security,” Jackson says. What he found, however, was a path to fulfilling his potential as a leader.

He joined the Department of Veterans Affairs (VA) and held several roles, from Chief of Projects for the Southeast Louisiana Veterans Healthcare System to Resident Engineer for the VA Office of Construction and Facilities Management. While at the VA, he began taking courses in contract management. Graduate school remained a goal, however, and he remembered the advice he had gotten about Stevens.

“I needed a remote solution, but in 2006 online graduate programs were few and far between,” he says. “By that time, I had met and worked with a few Stevens graduates myself and I was confident that the university would provide good value.”

As he progressed toward a Graduate Certificate in Project Management, Jackson saw his supervisor’s confidence in him grow. “When I started the program, I was working on a single project in California; when I completed it, I was back in New Orleans in charge of $12 million in projects. By the time I completed the M.S. in Management, I had gotten a major promotion.”

Even though Jackson visited Castle Point only once, for graduation, Jackson has fond memories of his time as a Stevens student. “The instructors were always available, helpful, responsive and insightful,” he says. “One of my classes involved internalizing aspects of a project in terms of yourself. It was a real eye-opener and taught me a lot about leadership.”

Jackson began working for the Air Force in 2016, serving first as a Mechanical Engineer in the Facilities Branch, Asset Visibility Division, Operations Directorate at Tyndall Air Force Base in Florida, and then moving on to become Military Construction Program Manager at HQ Air Education and Training Command, Joint Base San Antonio – Randolph AFB in Texas, where he provided advocacy, oversight and support for 12 installations.

Jackson’s leadership abilities are front and center in his current role as the Subject Matter Expert at the Air Force Civil Engineer Center, Joint Base San Antonio-Lackland, Texas. He is responsible for two Tri-Service Discipline Working Groups: Aviation and Specifications. “I oversee teams that evaluate and update facilities criteria for the design and construction of U.S. Department of Defense facilities,” he explains. “We develop unified facilities criteria for the runways, taxiways, maintenance hangers and other structures that are used by the military.”

“I especially enjoy overseeing the Air Force Design Awards Program,” he adds. “We recognize the projects that truly represent meeting the criteria we set. The facilities standards for each project are impacted by region, climate, environmental conditions and resiliency. We look for projects that achieve compliance in light of their unique qualities while also controlling costs.”

Jackson continues to build his abilities, completing courses in leadership and attending Air Command and Staff College. He is earning recognition in his field as well: in 2021, he received the Alamo Federal Executive Board Excellence in Government Award and he is included in DiversityMBA’s Top 100 Under 50 Emerging Leaders in Corporate America list.

When asked about his recipe for success at Stevens, Jackson’s advice is as straightforward as an airport runway. “Stay the course,” he says. “Even when things get bumpy, remember your ultimate goal of graduation and immerse yourself in the process of it as a student.”