Jessica Driscoll ’20 M.Eng. ’21 MBA ’24 is on Track to Become a Solar Energy Powerhouse 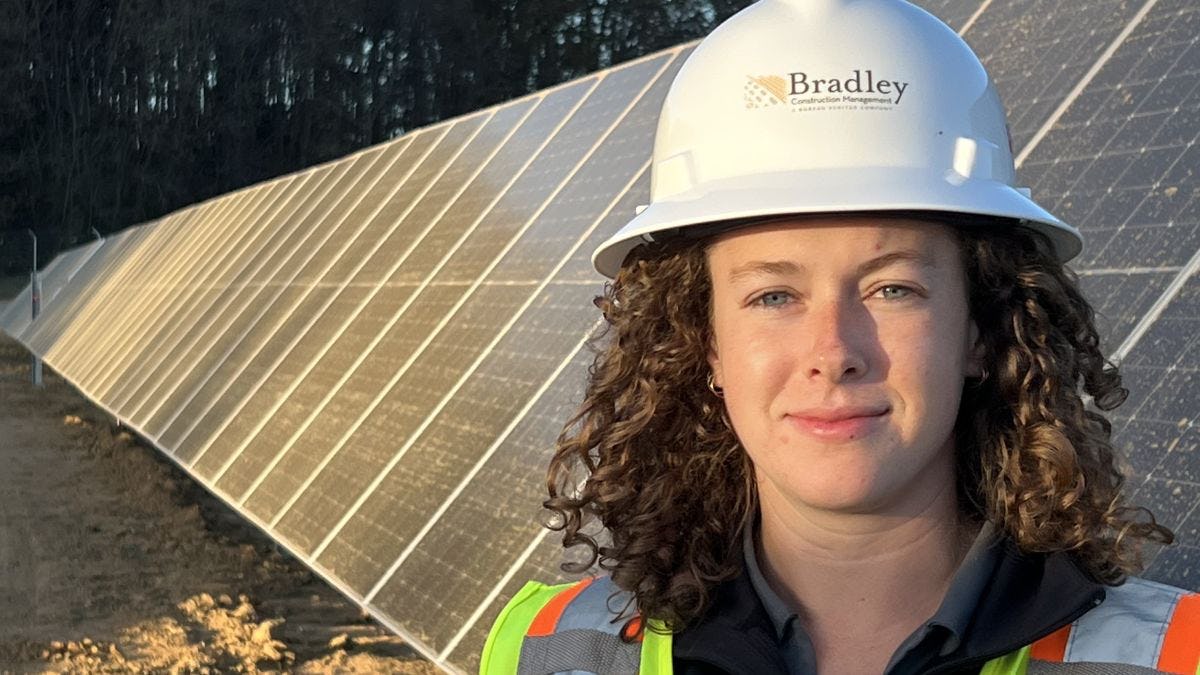 Jessica Driscoll ’20 M.Eng. ’21 MBA ’24 has been working in the energy field since her sophomore year at Stevens when she was recruited to intern at AECOM. In her current role as Program Manager at Bradley Construction Management, Driscoll is overseeing energy services across the country.

Even in elementary school, Jessica Driscoll ’20 M.Eng. ’21 MBA ’24 gravitated toward STEM – science in particular. Growing up in Bayonne and seeing her mother pursue a master’s degree at Stevens further ensured that Castle Point would be on her college radar.

Still, she was cautious about choosing an engineering major in college. “Math wasn’t my strongest subject,” she says. “But I liked the idea that you could be successful as an engineer without having to earn an advanced degree.”

Driscoll found a love for education at Stevens, staying on at the university to earn a Master of Engineering in Systems Engineering. She is also on her way to earning a MBA at Stevens. “It turns out that I really do like school,” she says with a laugh.

Driscoll also found career-building work experiences early on during her time at Stevens. “I began an internship with AECOM the summer before my sophomore year,” she recalls. “I was an Energy Engineering Intern there. Right away, I saw how my course work related to the work I was doing at my internship. I loved that. What I was learning about financial and schedule analysis was exactly how it was done at work – they complimented each other perfectly.”

Driscoll continued to make the most of her opportunities. In 2020, she earned a Lockheed Martin Fellowship and the Fredrick Winslow Taylor Management Award, and credits Stevens for her successes. Stevens provided a variety of avenues – beyond academics and internships – for developing confidence and leadership abilities.

Solar came next. “I heard that the solar team was short-staffed and needed a project manager at JFK, so I applied,” Driscoll says. “I became a go-to person, which led to other solar assignments in upstate New York and Rhode Island.”

In 2021, Driscoll brought her skills to Bradley Construction Management, a Bureau Veritas Company, to build out their Project Management Office. “I like working on larger projects,” she says. “I am overseeing the construction of utility-scale solar and battery energy storage sites across the country, ranging from 100 to 300 megawatts in power generation.”

Driscoll recently embarked on a deep dive into management, enrolling in Stevens’ MBA program in June 2022. Her academic career to date and growing on-the-job experience will likely enhance her perspective as an MBA student. In fact, she has already conducted significant research during her Master of Engineering degree program on something she knows well: the third-year engineering curriculum at Stevens.

“That was the focus of my research,” Driscoll says. “Third year is when you become specialized in your specific engineering discipline. As a former Stevens undergraduate, I had experienced it myself.”

In 2022, Driscoll co-authored a paper, “How do undergraduate engineering students conceptualize product design? An analysis of two third-year design courses,” that was published in the Journal of Engineering Education.

Driscoll grows reflective when talking about her research on engineering curricula at her alma mater. “Now that I know what a Stevens degree entails, I would like to support my fellow students,” she says.

Her advice to students is to take advantage of all of the opportunities at Stevens. “Even if something seems a little silly, give it a try and get to know people on campus,” she says. “The coursework at Stevens is stellar and important, but the connections you make in college are your starting network after graduation.”