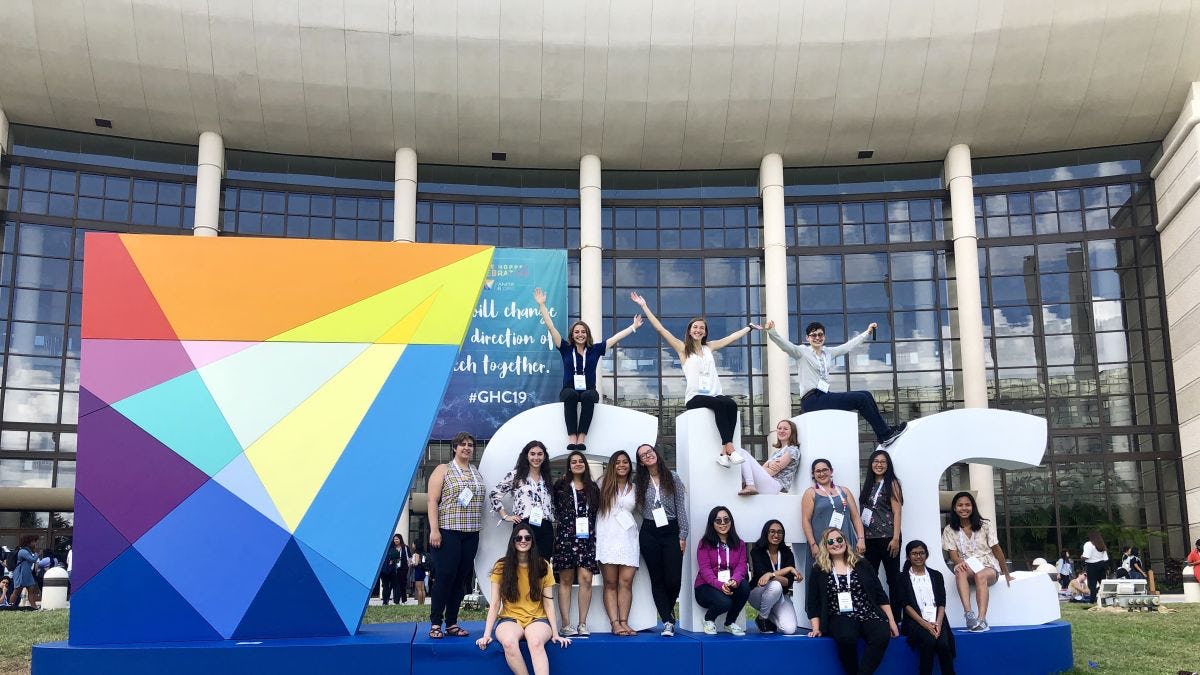 The largest annual meeting of women technologists in the world

Grace Hopper, hosted by AnitaB.org, is the largest annual meeting of women technologists in the world, bringing over 25,000 people together to highlight the value of women in industry. Veilleux describes just walking into the conference hall as mind-blowing. “Witnessing the magnitude of women there with the same mindset as me—because you don't think that there are that many women in tech—kind of took my breath away,” she said.

The future of tech is female 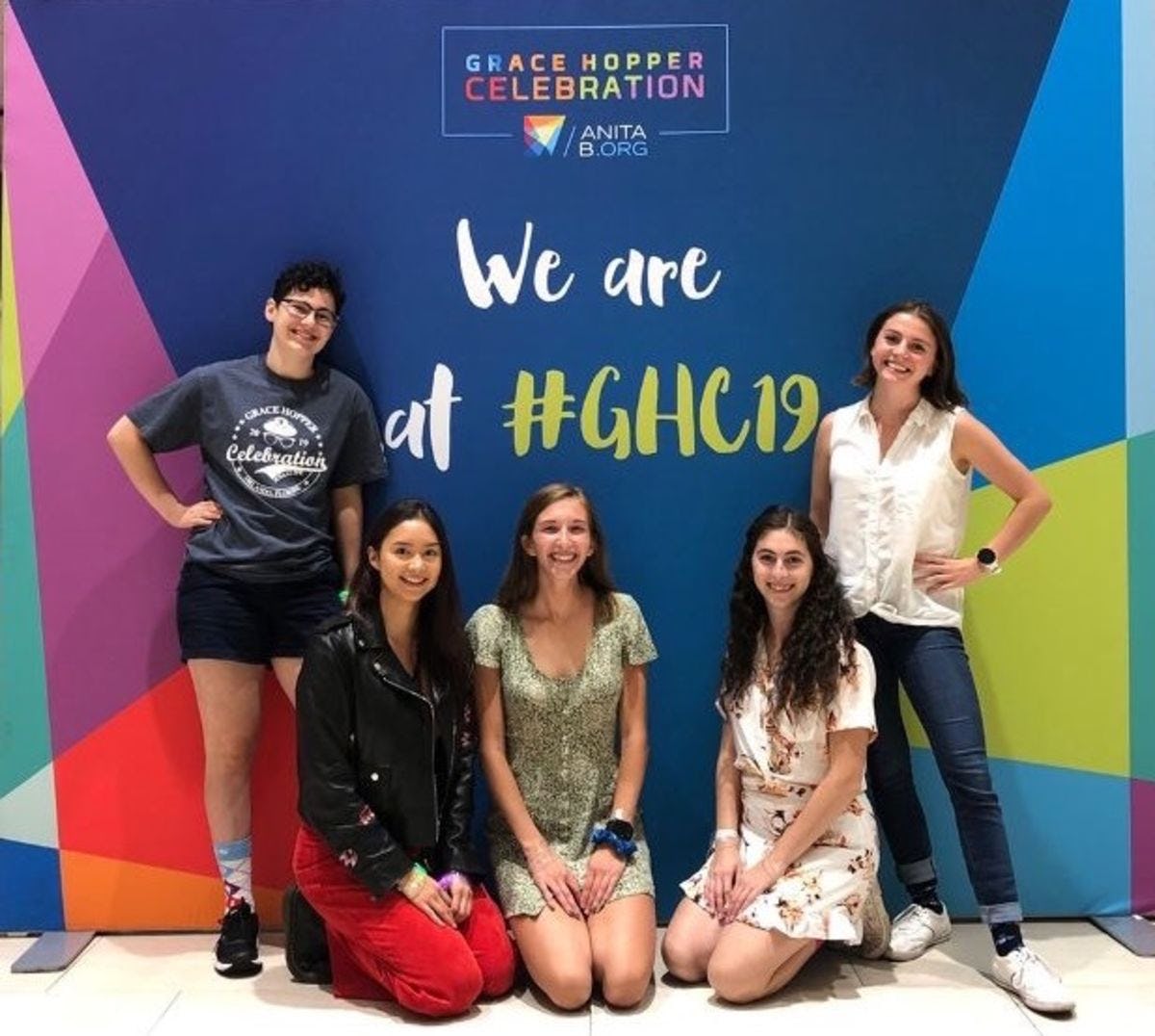 In previous years, Grace Hopper has focused on software engineering, coding, and computer science, but this year, the conference added a hardware track, blazing a path for Stevens to sponsor electrical and computer engineering attendees in addition to the computer science students Stevens sends each year. The students were inspired by the conference’s keynote speakers, including industry pioneers Natalya Bailey and Vivienne Ming, as well as the five recipients of the Abie Awards, which honor exceptional women technologists. They also enjoyed a full roster of technical workshops, such as “Why Hardware is Hard: The Google Home Sound” and “The Brains Behind the Camera: AI for Computational Photography.”

When they weren’t listening to speakers or attending workshops, there were networking events and a career fair showcasing hundreds of tech companies, including giants like Amazon, Apple, Google, and Microsoft. There, students could talk with recruiters, mingle with engineers already in the field, and even interview on-site. “I got to hear from a huge variety of women who had all these different stories about how they started and what they were able to achieve,” noted Veilleux. “You don't think as a senior in college that you could be this super successful women, but there are so many people who were in my position at the same conference years back, and seeing their experience, it’s achievable.”

That achievability is key to what AnitaB.org is doing at Grace Hopper and through their other programs. Their goal is to reach 50/50 intersectional tech equality by 2025. That means opening doors to invite more women into tech and also focusing on the women technologists who are already there.

Shining a light on women in tech at Stevens

This is a message that Veilleux picked up during her time at Stevens, too. “It wasn't until I was in college that I learned how influential engineering and technology are in solving society's problems,” she said. “I definitely wasn't exposed to engineering in middle school, but one thing that I've done at Stevens is go to elementary schools and teach engineering lessons and get kids excited about engineering.”

Encouraging diversity in STEM at early ages underpins the university’s annual Introduce a Girl to Engineering! Day and calls to mind a previous Q&A with Stevens alumn, Stephanie Farrell. As the president of the American Society for Engineering Education, Farrell knows the importance of hooking girls on STEM early. And part of that is challenging students to update their assumptions about engineers. “When you think of an engineer as a kid you might not think of a young woman, and that's the whole initiative of AnitaB—getting that image to be more prominent,” explained Veilleux.

Veilleux hopes more Stevens students will be able to attend Grace Hopper in the future, perhaps through scholarships from the honor society Eta Kappa Nu or other clubs. She thinks it makes sense to get students to the conference early so they can watch the PitcHER competition, which offers a platform to present startup business ideas and win funding, with enough time to percolate their own pitches. “Had I gone to the conference as a freshman or sophomore, I think that would be an incentive for me to work on an idea and fully develop it using all the resources at Stevens,” she said.

Carrying the message into the future

This year’s conference attendees shared a summary of their experience with the Department of Electrical and Computer Engineering and ECE department chair Min Song, using the trending #WeWill hashtag from the conference to set their goals:

As women in engineering at Stevens, #WeWill be leaders to foster inclusivity, diversity, and empowerment throughout campus and change the direction of tech together.

Veilleux expects to carry the messages she learned at Stevens and Grace Hopper with her to Microsoft after she graduates this spring. You can hear the determination in her voice as she looks ahead: “I'm keeping it in the back of my head that it is possible to change the entire industry.”