Giving Back to the Gold Standard 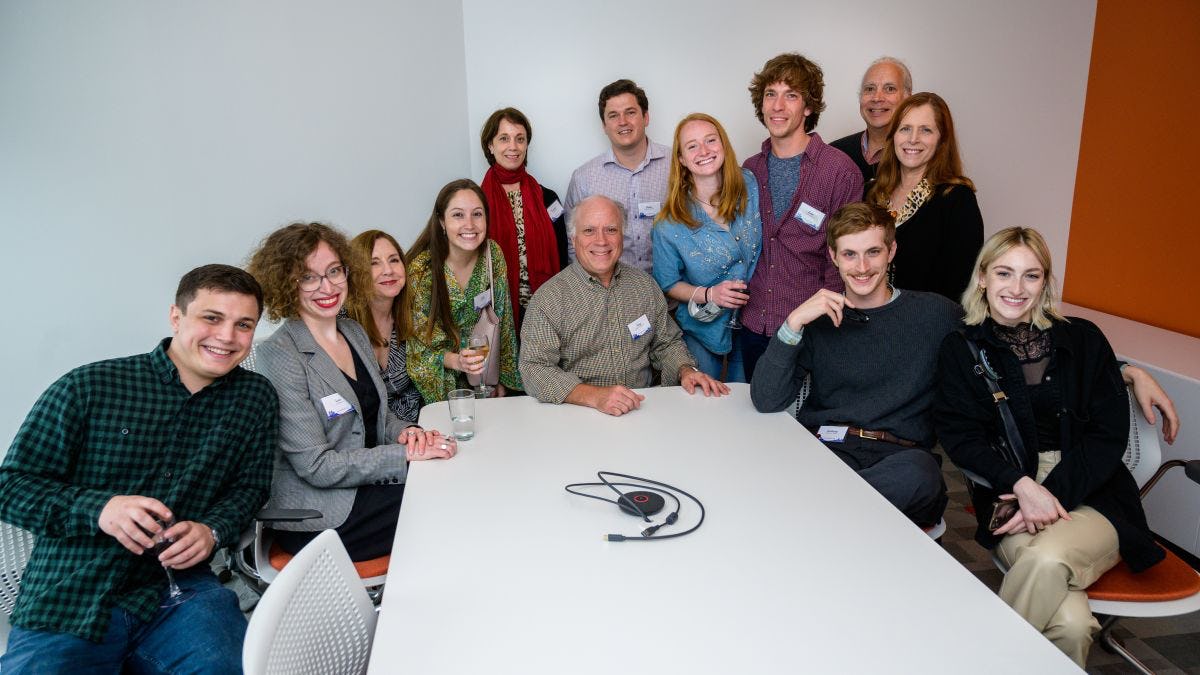 Tony Bazzini ’81 followed in the footsteps of his father Robert ’49 and encouraged his son Evan ’19. To commemorate this family connection to Castle Point, Bazzini established a conference room in the University Center Complex.

Tony Bazzini ’81 grew up hearing a lot about Stevens. His father, Robert ’49, was born and raised in Hoboken.

“His family, while successful in business, always viewed Stevens as the educational gold standard,” Bazzini said about his father. “They were pleased he was able to attend and be the only college graduate in the family. Through the years, he was an enthusiastic supporter of Stevens and played an active role in the alumni association and fundraising activities. I grew up learning about Stevens and the education it provided him.”

Bazzini visited Stevens when he was a high school student looking to enroll in college. “I remember the day my father drove me to Stevens to meet the director of admissions, Dean Seevy. We had a good talk, and upon leaving, the Dean asked me to submit an early decision application for the Class of 1981. I was accepted and my journey began.”

Bazzini credits Stevens with preparing him for a 40-year career at ExxonMobil ultimately becoming the Chief Project Management Engineer for ExxonMobil’s Global Projects Company where he worked on refining and chemical projects in the United States, Canada, Europe and Asia. “The problem-solving skills I learned at Stevens supported my success. I wouldn’t be in the position I am today without learning the value of tenacity, hard work and empowerment that comes from the accomplishment of complex tasks, all of which are a product of a Stevens education. When I graduated, my father was bursting with pride!”

Like his own upbringing, Bazzini talked about Stevens enough to inspire his son Evan ’19, who is now working for a construction firm in Colorado. “Evan was pretty much in the same position as I was coming out of high school,” Bazzini said. “He too applied for early decision and was accepted. He too was challenged by Stevens. But he too persisted, and with support by Stevens, graduated in 2019. I was so proud of what he accomplished!”

Bazzini has given back to Stevens by establishing a family scholarship and serving on the advisory board of the Charles V. Schaefer, Jr. School of Engineering & Science.

Bazzini is pleased his family will have a permanent presence on campus. “My father would be proud of what both his family and Stevens have accomplished. On behalf of him, Evan and the rest of the Bazzini Family, congratulations to Stevens for a job well done!”