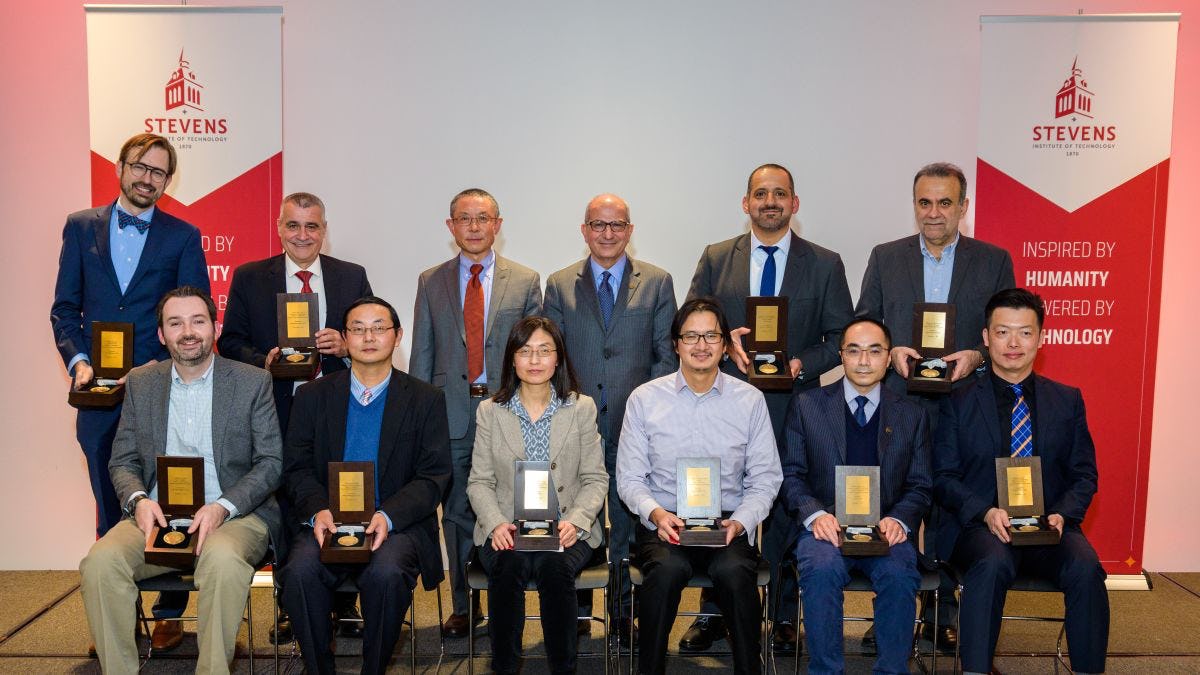 Stevens faculty are celebrated by leadership at a December 1 dinner

Stevens’ cohort of newly invested endowed professors and chairs during the past two academic years, as well as several rising faculty stars, were honored December 1. The recognition took place during a celebratory dinner with the Board of Trustees and university leadership in the University Center Complex’s Tech Flex Auditorium.

Vice President for Development and Alumni Engagement Laura Rose and Stevens President Nariman Farvardin offered introductory remarks, which were followed by a performance from the Friday Night Strings quartet. 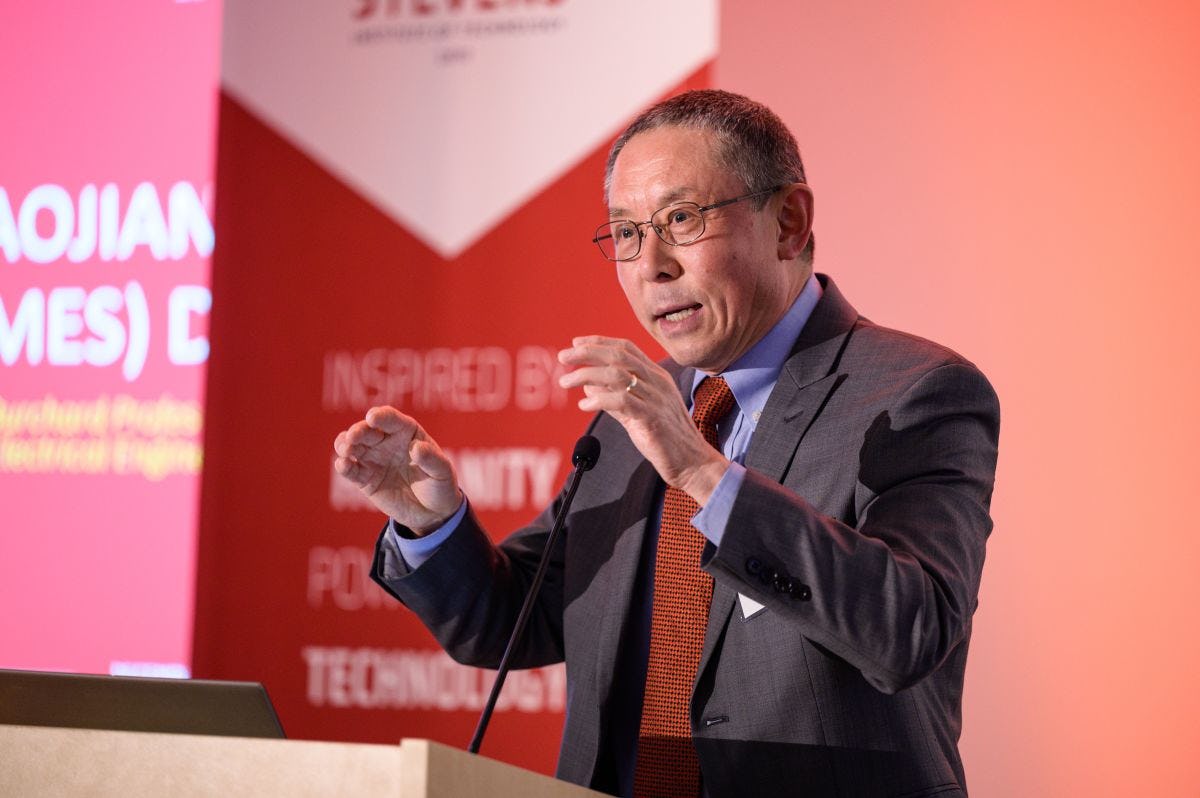 Provost Jianmin Qu“Every medallion presented tonight is a testament to the brilliance and hard work of our faculty leaders,” noted Rose. “They move their disciplines forward, and they contribute to the deep sense of community that makes Stevens such a special place to pursue an education. We are ever grateful to them."

“We are grateful also to the alumni and friends who support our faculty through endowed chairs and professorships. The resources you so generously provide allow innovation to flourish at Stevens.”

“Endowed professorships are among the very highest academic awards that a university can bestow on its faculty members,” commented Qu. “It is both an honor to the holder of the professorship and an enduring tribute to the donor who establishes it."

“The faculty members we are recognizing here tonight epitomize the caliber of faculty at Stevens who are most deserving of endowed professorship awards.”

The university’s endowed professors include:

“Congratulations to all our newly endowed professors,” concluded Qu. “You are our intellectual leaders, and you are the driving force to propel Stevens onto its next stage of upward trajectory. We look forward to hearing more of your success stories.”

“The achievements — and the great potential — of these impressive teachers and researchers give me great hope for the future of Stevens and of our society,” added President Farvardin in a subsequent message to the Stevens community describing the evening.