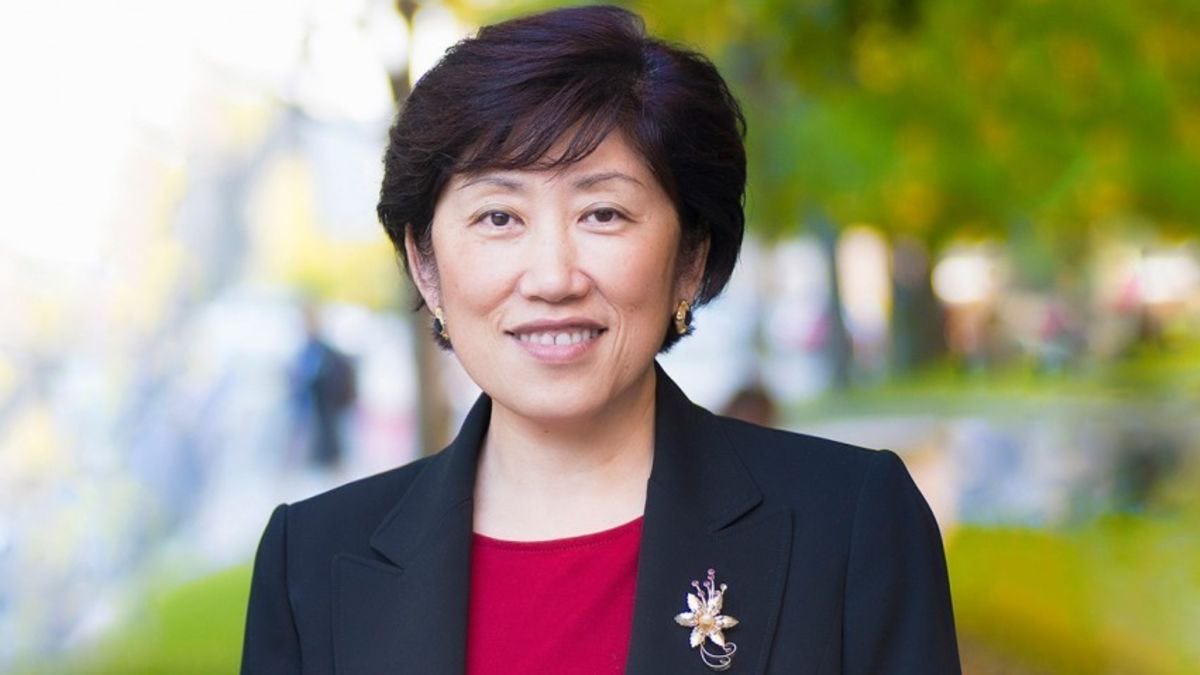 When Jean Zu stepped onto Stevens’ campus as dean of the Charles V. Schaefer, Jr. School of Engineering and Science in 2017, she recognized an opportunity to revitalize a school with a legacy of engineering excellence by breaking down the barriers between traditionally siloed disciplines and departments. She also shattered the glass ceiling by becoming the first female and Asian dean at the historic engineering school.

Recognized for her outstanding leadership and scholarship as a Crain’s New York Business’ 2019 Notable Woman in Tech, Zu’s transparent and collaborative leadership style has infused a renewed energy and enthusiasm into the overall climate at the Schaefer School. After two years on the job, her philosophy on collaboration has not only influenced the interdisciplinary nature of research at Stevens, but also the culture.

Among her first activities as the new dean, she scheduled one-on-one meetings with each faculty member to discuss their work, completely transcending the traditional academic chain of command.

“I wanted our faculty and students to know that I am available to them,” Zu says.

During her tenure thus far, she helped facilitate the creation of the Stevens Institute for Artificial Intelligence–Stevens’ first truly campus-wide interdisciplinary research center made up of faculty from every department of the Schaefer School as well as the School of Business, College of Arts and Letters, and the School of Systems and Enterprises.

“The possibilities for collaboration at Stevens are tremendous,” says Zu. “It is one of the few universities where engineering and science are housed under one roof, and that creates an environment where scientists and engineers can come together at the boundary to solve problems and create practical solutions.”

Over the last two academic years, Zu has spearheaded an effort to expand the Schaefer School’s research enterprise and support diversity efforts by adding 36 new faculty members, many of whom are early-career researchers with fresh perspectives of their own. Of these new professors, ten are female. Zu’s goal is to raise the school’s female faculty representation to 30 percent by 2023.

“It is important for students to have role models they can identify with as they pursue their educational and career goals,” says Zu. She also has plans to increase the representation of minorities.

“I understand firsthand the pressures facing women and minorities in research,” Zu says, “and Stevens is committed to equipping all faculty with the tools and support they need not just for their research, but also toward life balance.” Zu herself took just two weeks’ leave after having her first child.

Zu notes that many of her own experiences and past mentors have greatly influenced her leadership style.

“Being an Asian immigrant with language and culture limitations, I never thought that becoming an administrator could be possible,” recalls Zu, “but the dean of my former school, Cristina Amon at the University of Toronto, was also the first female dean we had.

“She, too, was an immigrant and a strong and transformational leader, as well as a strong advocate for women in engineering. She proactively encouraged and mentored female faculty to try out leadership roles. Without her, I would not have become the associate chair for research in my department, a key step in my leadership path, or be where I am today.”