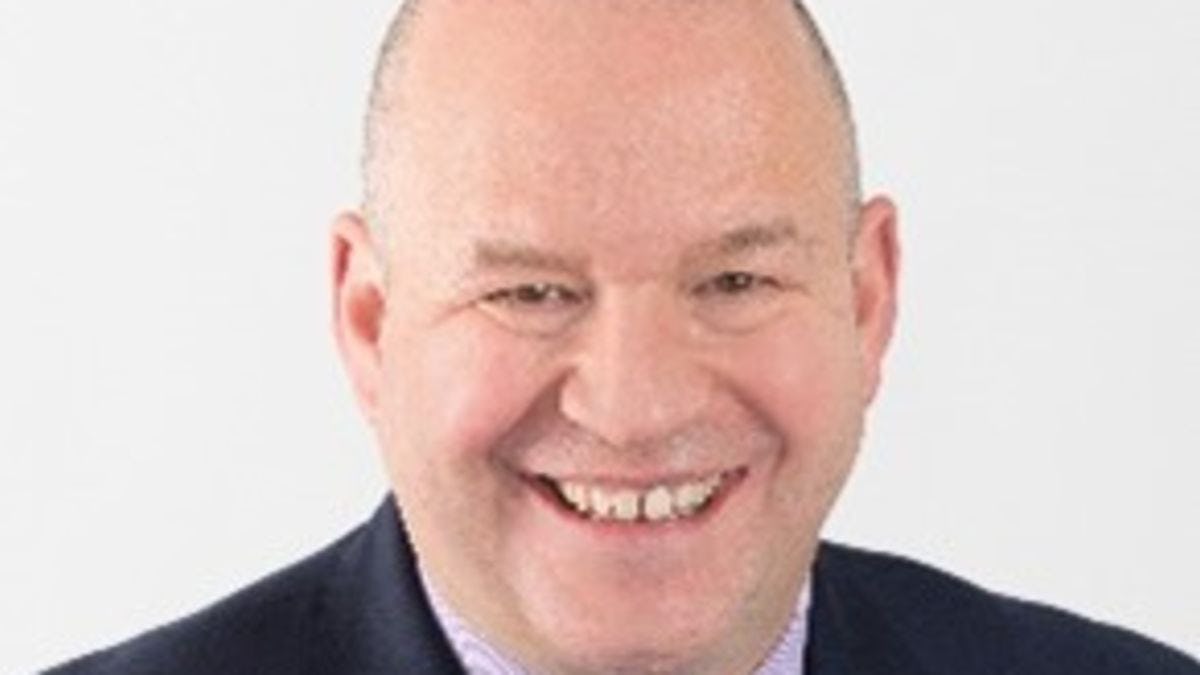 Even though Christopher D. Levendos M.S. ’04 pursued his master’s degree in Telecommunications Management as a part-time, primarily off-campus student, he has a lot of great Stevens memories. “I felt the commonality of the professors’ care for their students,” he says. “They wanted our educational experience to be successful.”

These days, he has a different perspective – and a whole new appreciation – for the university. A President’s Leadership Council member since 2018, Levendos is part of a distinguished cadre of thought leaders who serve as advisors to President Farvardin and the Board of Trustees.

His ascent to Stevens’ leadership circles is not surprising, considering it was Lawrence T. Babbio ’66 who put the university on Levendos’ radar. “I became a Stevens student because of Larry Babbio,” he explains. “Larry was vice chair of Bell Atlantic at the time, and I was an engineering manager for the company’s Bronx operations. In 2000, Larry was launching a collaborative master’s program between Stevens and Bell Atlantic, and I was one of 30 or 40 young leaders who were asked to participate.”

“Although the program had some on-campus components, it was largely a virtual program, which was pretty new at the time,” Levendos recalls. “We took classes at Verizon’s Manhattan headquarters, bringing the professors in by video.”

Levendos still marvels at the breadth of the program. “In addition to focusing on technical knowledge, we studied organizational management and other aspects of business administration,” he says. “We learned how to be business leaders. It allowed me to move from working on technology to managing it in a business context. It also got me thinking about the direction and purpose of my career.”

“The Telecommunications Management program was very beneficial to my development as a professional and a leader,” Levendos says of his experience. “And the professors were so caring and had so much energy. When you were in your classes, you really wanted to match their passion for the topic at hand. It made for a very engaged classroom.”

By the time Levendos completed the program in 2004, his career had really taken off. “I always felt that the time I spent at Stevens supported my professional advancement,” he says. “I often reflect on that, and how it coincided with my graduation.”

And advance he did. While at Verizon, Levendos’ teams led the planning, design and early build of Verizon's fiber-to-the-home network across New York City. He helped lead a number of key operational innovations in fiber-optic deployment and holds two patents. After Superstorm Sandy, Levendos led the recovery effort of Verizon's wireline infrastructure in Lower Manhattan, converting the entire local distribution system to fiber-optic based infrastructure within six months. After 26 years at Verizon, where he rose to the role of region president of New York City, he led Network Deployment and Operations at Google Fiber (Alphabet) where he expanded the company’s network operations from three cities to ten. As executive vice president of field operations for Frontier Communications, Levendos was responsible for service delivery across 29 states.

Today, Levendos is executive vice president and chief operating officer for Crown Castle’s Network Organization, with oversight of the company’s national fiber and small cell infrastructure work. Crown Castle's comprehensive portfolio of towers, small cells and fiber gives people and communities access to essential data, technology and wireless service. “We are the largest shared infrastructure provider in the U.S.,” he says. “We are dedicated to building networks safely and efficiently for the major wireless carriers and enterprise customers that we serve.”

Levendos didn’t leave Stevens in his rear-view mirror, however – far from it. “I am still in touch with Dr. Kevin Ryan,” he says. “He gave me such an appreciation for the energy it takes to deliver the same message over and over, with the same enthusiasm. He inspires me to work with my own team on ways to make our presentations more engaging.”

It was Virginia Ruesterholz ’83 Hon. D.Eng ’08 who encouraged Levendos to become part of the President’s Leadership Circle. “It has been exciting to be part of Stevens’ success,” he says. “I thought Stevens was fantastic in 2004, but in the last decade it has soared in quality. The faculty are so committed, and the students are doing so well. If you put the time in, Stevens will reward you with an education that will set you up to be successful.”

Levendos’ involvement at Stevens complements a full plate of community service. He serves on the board for the Association for a Better New York and the Regional Planning Association and previously the board for Junior Achievement of New York. The latter organization recognized his leadership and generosity with their 2021 Lower Hudson Valley Champions Award.

Levendos makes clear, however, that leadership is not just for corporate executives. “Leadership comes from all directions,” he says. “Everybody has an opportunity to make an impact.”