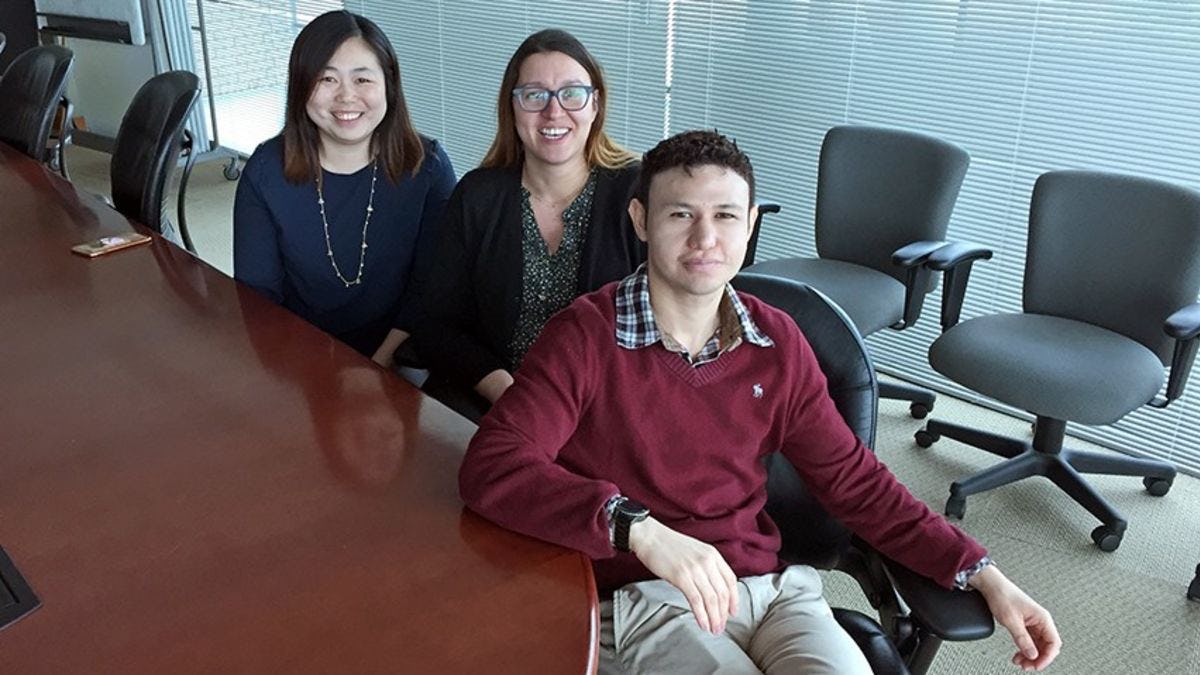 The Ph.D. in Business Administration challenges students to think about how their research can create meaningful impact in industry and academia. From left, Yue Han, Pinar Ozturk and Elias Aleman, who each completed the program in spring of 2017.

When Pinar Ozturk first arrived at Stevens as a Ph.D. student, she was enrolled in the very niche Technology Management doctoral program — which excited her from a research standpoint, but was more narrowly focused from a career standpoint.

What a difference six years makes: Upon graduating in May 2017, Ozturk left with a Ph.D. in Business Administration, some promising early research work, a strong network of professional contacts and excellent job prospects.

“The change to a School of Business, with AACSB accreditation, helped me make a lot of new connections and learn things that helped me as I thought about my career,” said Ozturk, who will be an assistant professor of information systems at Duquesne University in the fall.

Ozturk, along with fellow Class of 2017 Ph.D. business graduates Yue Han and Elias Aleman, said Stevens’ emphasis on the role of analytics in guiding the future-oriented enterprise has created opportunities for them. And Ozturk said Stevens’ leadership in this area is a differentiating point as other schools scramble to incorporate evidence-based practices into their curricula.

“What impressed interviewers the most was that they were looking for someone who can teach analytics courses,” Ozturk said. “Because of my background in artificial intelligence and collective intelligence, I’ll be teaching a new analytics course at Duquesne. The fact that I am a new Ph.D. graduate and they are trusting me to do that shows they value the analytics-driven business programs at Stevens.”

Because of the small size of the Ph.D. program at the School of Business, doctoral candidates enjoy close, nurturing relationships with faculty — their advisors as well as other business professors.

“When I was working on my dissertation, I went to professor Chihoon Lee, I knocked on Yan Chen’s door, and they were so responsive and helpful to me,” said Han, who accepted a position at the Madden School of Business at Le Moyne College. “Faculty at Stevens have expertise in so many areas, and are so easy to reach and willing to help.”

'A role model' to learn from

Both Han and Ozturk shared Dr. Jeff Nickerson, associate dean of research at the School of Business, as an advisor, given their interest in networks and decision technologies. Dr. Nickerson, Han said, “is a role model. He’s very encouraging — he gives you the freedom early on to explore and learn, and gives you more direction as you move through the program.” 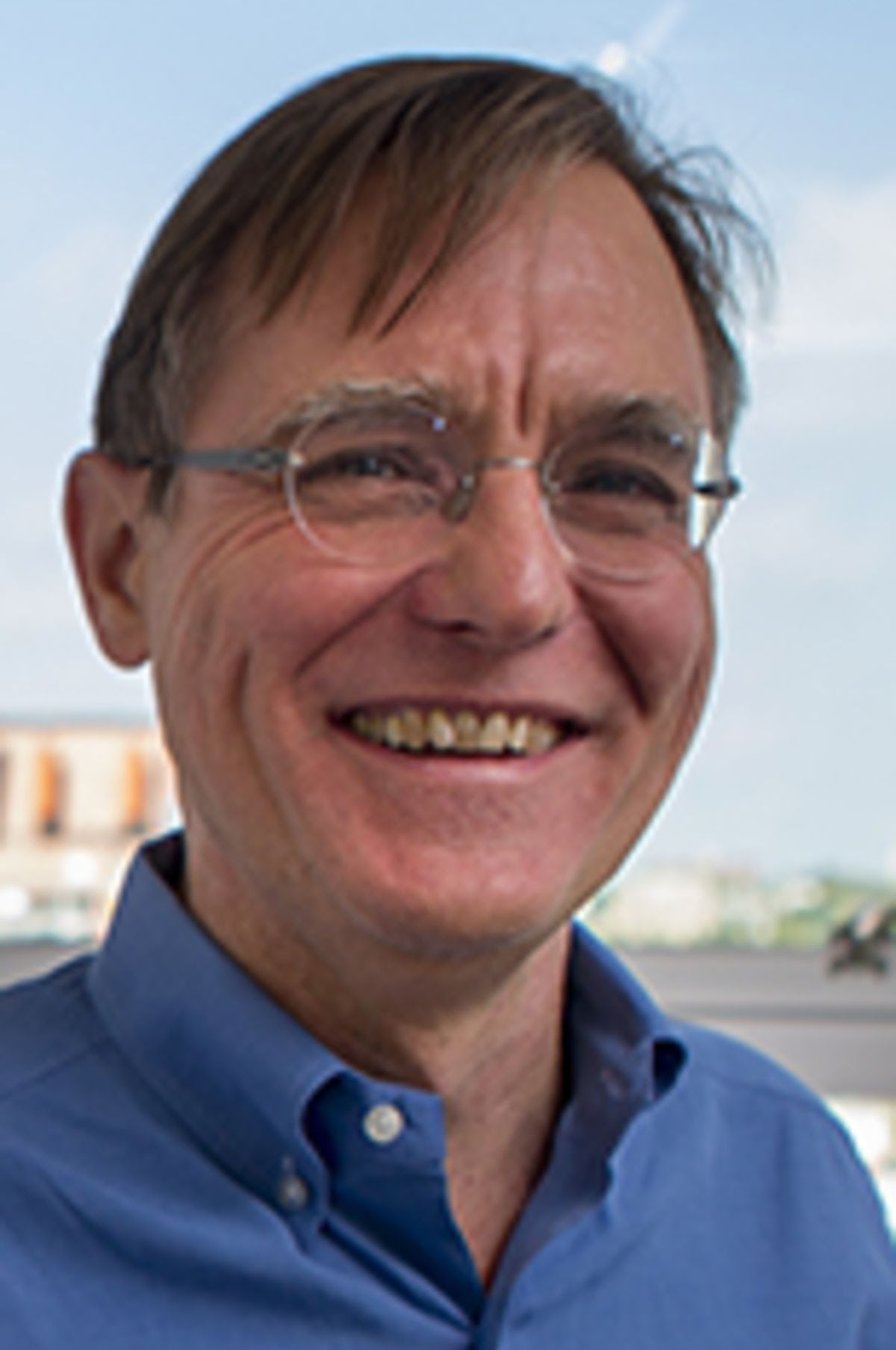 “Because we are in a technological university, we’re trying to find and solve problems — and in doing so, we’re often trying to look at technologies that are out there and improve upon them,” Nickerson said. “And unlike some schools, we do some funded research, and that helps students interact with scholars even outside Stevens.”

Han and Ozturk, for instance, met and worked with researchers at Massachusetts Institute of Technology thanks to a grant secured by the Center for Decision Technologies, which Dr. Nickerson runs. And both spoke of the importance of access to visiting professors, like Dr. Ann Majchrzak, a chaired professor at the University of Southern California, and Dr. Allen S. Lee, who spent 15 years on the editorial board of MIS Quarterly.

At Stevens, an incredible location — just 10 minutes from New York City by train or ferry — makes it easy to bring in distinguished academics and industry leaders, but also puts conferences within easy reach.

Faculty at Stevens have expertise in so many areas, and are so easy to reach and willing to help.
Yue Han, ph.d. '17

“A lot of conferences are held in New York City or Boston, so it’s very easy to go to those conferences,” Han said. “It’s also easy to visit companies like Facebook when they’re so close by.”

For Aleman, a Fulbright scholar who completed his master’s in Management at Stevens, that location also helped him build connections at universities in Manhattan, like Columbia and New York universities. He applied to Stevens after seeing its location on Google Maps.

“Being able to attend talks and workshops at those schools, just because of how close they are, is so important,” he said. “A Ph.D. is at least a four-year commitment; you need to be in a location that inspires you and keeps you focused.”

Aleman, who is returning to his native Nicaragua, said he benefited from being able to work with leading management researchers like Dr. Ann Murphy and Dr. Murad Mithani.

“They were both very supportive, especially Dr. Murphy,” he said. “She’s very good at seeing the big picture, understanding your project and getting you where you want to go.”

The big picture for the Ph.D. experience at the School of Business is one where the community continues building on itself, Dr. Nickerson said.

“They’ve used some work from previous Ph.D. students in pursuing their own degrees, so for instance, they looked at some of Harris Kyriakou’s work, some of Yegin Genc’s work, referenced some of their ideas and techniques, and took them to the next level,” he said. “It really speaks to the strong community being built within the doctoral program at Stevens.”