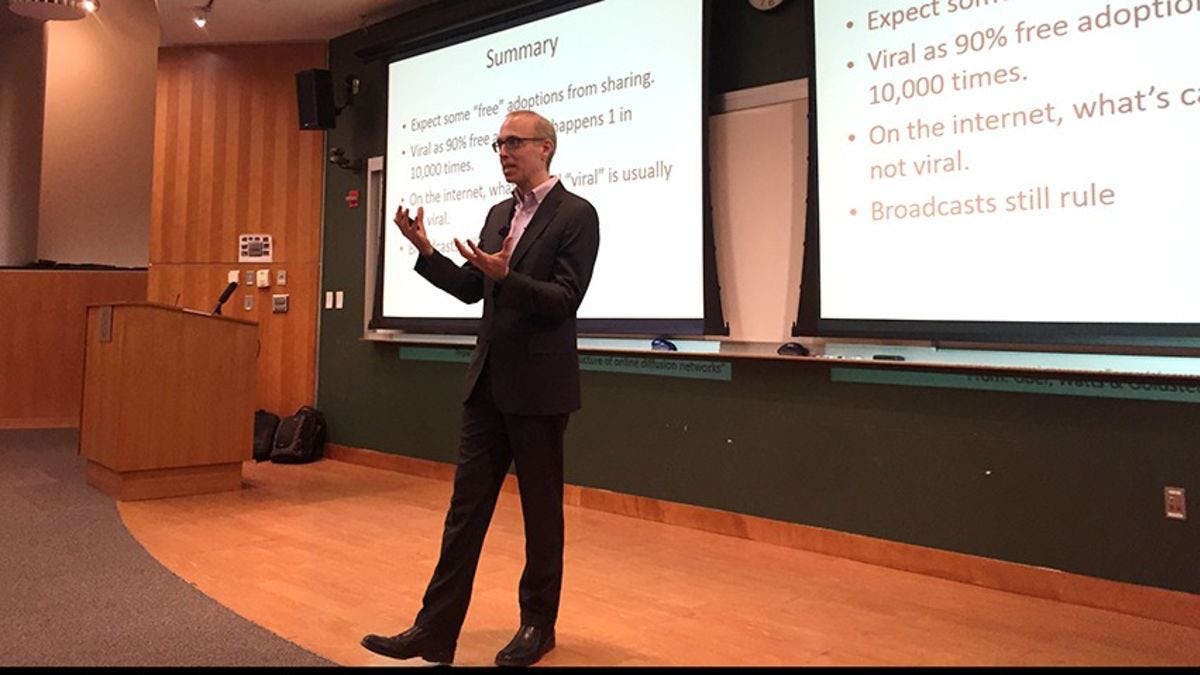 It’s the dream of every creative professional in the marketing industry: To come up with a witty tweet or catchy video that goes viral, attracting an enormous audience for your product at virtually no cost.

But it’s a dream for a reason, said Dr. Dan Goldstein.

Dr. Goldstein, lead researcher for Microsoft Research, told a packed lecture hall at Stevens Institute of Technology that the likelihood of social media content — be it a Facebook post, a tweet, a video or anything else — going viral is 1 in 10,000.

It costs far less than an advertising campaign, but “this is not a strategy you could ever use in a marketing department,” he said.

Dr. Goldstein spoke as part of the Heath Lecture Series sponsored by the School of Business. In his research — done in conjunction with Sharad Goel and Duncan Watts — Dr. Goldstein analyzed links shared on Twitter, Facebook and others, and found that regardless of the platform, 90 percent of content is never shared, and nearly 10 percent is shared once. So more than 99 percent of information is obtained directly from the source on social media or by someone one hop away from the source. Conversely, in the case of a virus, few infections are the result of contact with the source.

So while the cold you pass on to your best friend will go on to infect people you’ll never come in contact with, it’s unlikely the video link she retweets for you will get further traction.

A trendsetter in tech and business 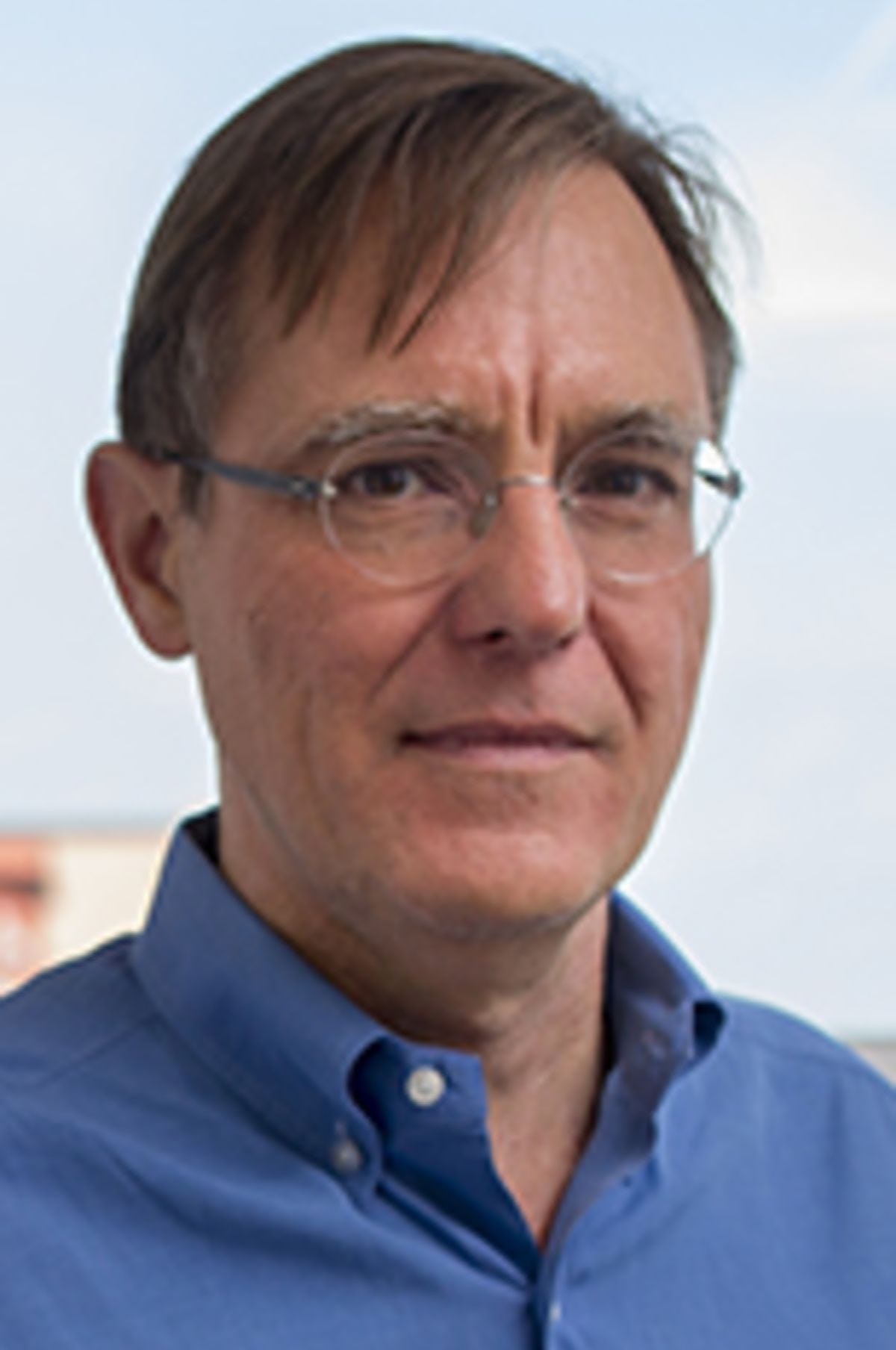 In introductory remarks, Jeff Nickerson, associate dean for research at the School of Business, called Dr. Goldstein a bellwether.

“He was the person who called me up and said there’s this thing called Mechanical Turk that’s going to change the way we do experiments and think about labor, and he was right. And he was also the person who told me about how network science was changing and was going to affect business, and he was right also,” Dr. Nickerson said. “So I’m going to be listening very carefully to what he has to say.”

Technology, data and analytics have had an outsized impact on how companies market products and services, so it’s no surprise that marketing has become a focal point for the School of Business. Faculty research has made breakthroughs in the role of user-generated content in marketing and how competitors’ social media activities influence one another — giving students unique perspective, said Gaurav Sabnis, an assistant professor of marketing at Stevens. 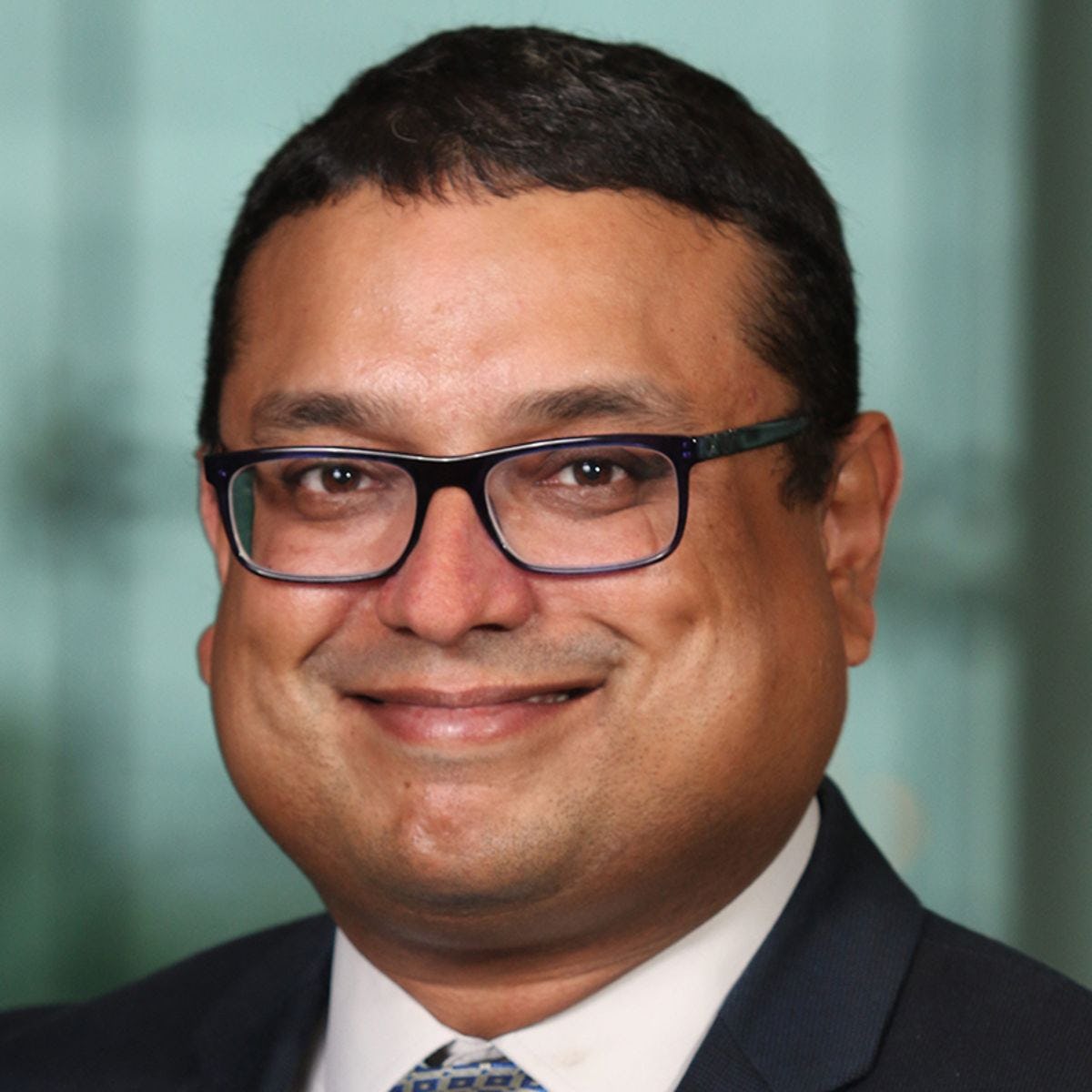 “Most schools will just focus on consumer behavior, intro to marketing strategy and so on,” Dr. Sabnis said. “But the industry is moving more toward quantitative analysis and data mining. Because of our unique capabilities in information systems and analytics, we can teach students all that’s happening at the forefront of marketing, giving them an edge when they go out into the job market.”

Dr. Goldstein’s research attempts to quantify how customers communicate about brands and products. If word of mouth is more effective than advertising, it could allow content creators to direct more of their budgets toward high-quality productions, and less on mass-market ad campaigns.

But that’s not the case, Dr. Goldstein said, noting that sharing on social media more closely resembles a chandelier — a celebrity as the pole, the beads are followers who retweet the celebrity and the candles are people retweeting those followers. But there’s only one set of candles, and those retweets are hardly ever shared beyond the first one.

“This ends up looking nothing like a picture of viral,” Dr. Goldstein said. “This is good old-fashioned broadcast media, no different from a Super Bowl ad or a page in the New York Times.”

Students asked how Dr. Goldstein’s research, based off data collected between 2010 and 2015, would look today, with more modern algorithms influencing the content shown on social networks. The sponsored content offered on Facebook and Twitter today does help content get seen, he said, but that’s not the same as true viral activity, as it’s shown to people who otherwise wouldn’t interact with it.

The Heath Lecture Series is named for Stevens alumnus A. Roy Heath, who believed virtues like honesty, loyalty and teamwork are as essential as technical prowess when managing technical enterprises. Speakers in this series exemplify the leadership traits Heath considered crucial for success. For more information, visit stevens.edu/business/heath.