Brynn Froehlich ’22 Goes for Her Goals 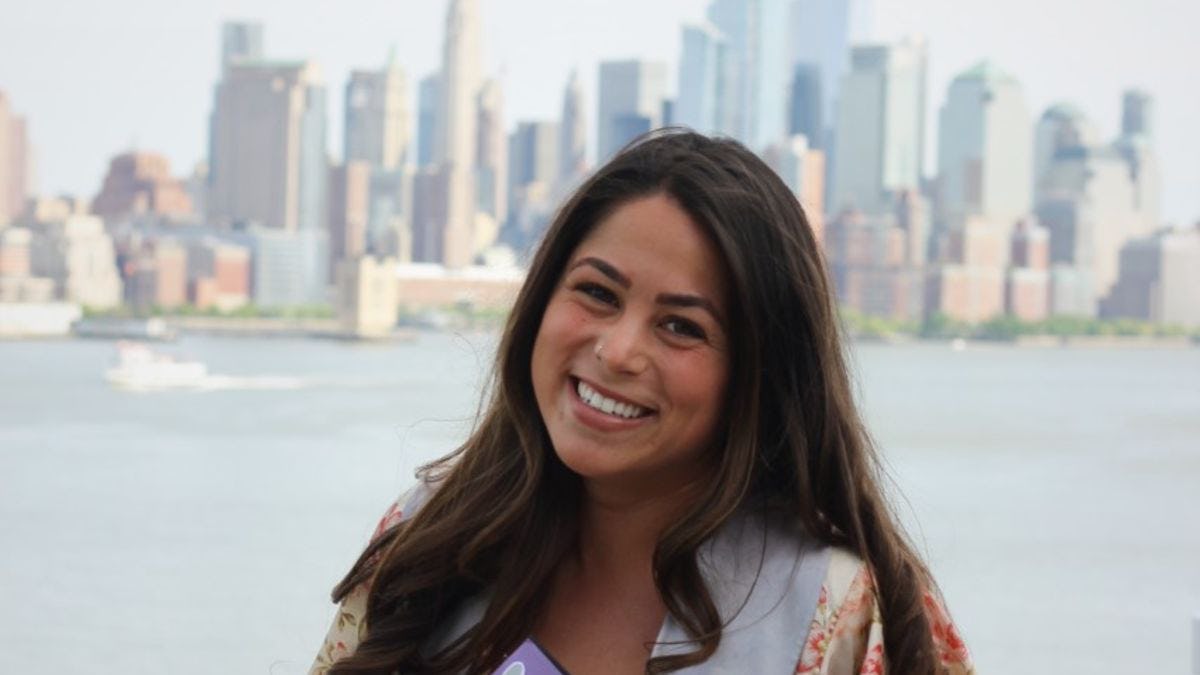 While at Stevens, Ducks Field Hockey forward Brynn Froehlich ’22 was a force to contend with in the classroom, in the lab, at her Co-ops and on the field. Now at Frito-Lay, she is putting her Stevens education to work as a supply chain leader.

When asked about her decision to cross the country to attend Stevens, native Californian Brynn Froehlich ’22 talks about her dad. “It was his idea to take a good look at Stevens,” she says. “I wanted to study engineering and also continue playing field hockey. I learned that I could do both here.”

Her father, a Southwest employee, had only one request: that she choose a campus near a major airport. “And then I just fell in love with the campus,” Froehlich adds.

Froehlich initially planned to focus on environmental engineering. “Sustainability is my passion,” she says, adding that when time allows, she volunteers for the San Elijo Lagoon Conservancy. “I spend all of my spare time outdoors and am very interested in the ways we can lessen our carbon footprint.”

But as she moved through the program, she decided that chemical engineering might give her a broader base for building a career.

In addition to a new major, Froehlich was managing Stevens’ five-year Co-op program as well as her role as forward on the university’s Varsity Women’s Field Hockey team. “My professors were so supportive,” she says. “They often went out of their way to help make sure I had what I needed to stay on track.”

In her senior year, the team set a program record with an 11-game winning streak, advancing to their fifth NCAA Tournament after capturing the program’s first MAC Freedom title. “What a great experience,” Froehlich recalls. “Being part of the team meant being surrounded by strong women. We loved each other’s company.”

Froehlich was a standout scholar-athlete in her own right. She earned recognition on the MAC Fall Sports Academic Honor Roll three times and was named to the Zag Field Hockey/NFHCA Division III National Academic Squad in each of her five years at Stevens.

By the time she graduated Froehlich had also gained valuable career experience through Co-ops. While still a student, she worked as a project management intern with Mace, as manufacturing engineering intern with Volvo Group, and digital automation/IT engineering intern with PureCycle Technologies. In addition, she traveled to Costa Rica to serve as a wildlife and rehabilitation intern with Student Athletes Abroad.

“Stevens provides a great platform for launching your career,” Froehlich says. “First of all, people everywhere know about Stevens. I never had an issue securing interviews.”

Froehlich was more than prepared to speak with potential employers. “Because of all of the group projects we do at Stevens, I always had something interesting to talk about,” she says. “I could tell an interviewer about how I participated in making something cool and innovative, which would lead to a great conversation.”

One of her favorite group projects involved converting bamboo into bioethanol fuel. “Others have converted corn starch into bioethanol, but no one had yet tried using bamboo,” Froehlich explains. “Our team won Best Simulation in the Chemical Engineering Department. We worked really hard, but we also had a great time.”

Froehlich notes that she – and all of her Senior Design teammates – had jobs lined up by the time they graduated from Stevens. In fact, Froehlich is now back in California and on her way to becoming a supply chain leader at Frito-Lay. “I am training across all of the facility’s departments to learn as much as I can about the company and its products,” she says. “When I finish training, I will be on the factory floor, managing a team of 30 people.”

When the going gets intense, Froehlich remembers another thing that she learned at Stevens. “You have to show up when it counts,” she says. “It is important to remember the bigger picture and prioritize, and to make sure you are taking part in what excites you.”

Although Froehlich is now thousands of miles from Castle Point and immersed in post-college life, she plans to remain connected to her alma mater. “I would love to give back to the place that gave so much to me,” she says. “And – of course – I want to be there for the alumni field hockey games!”