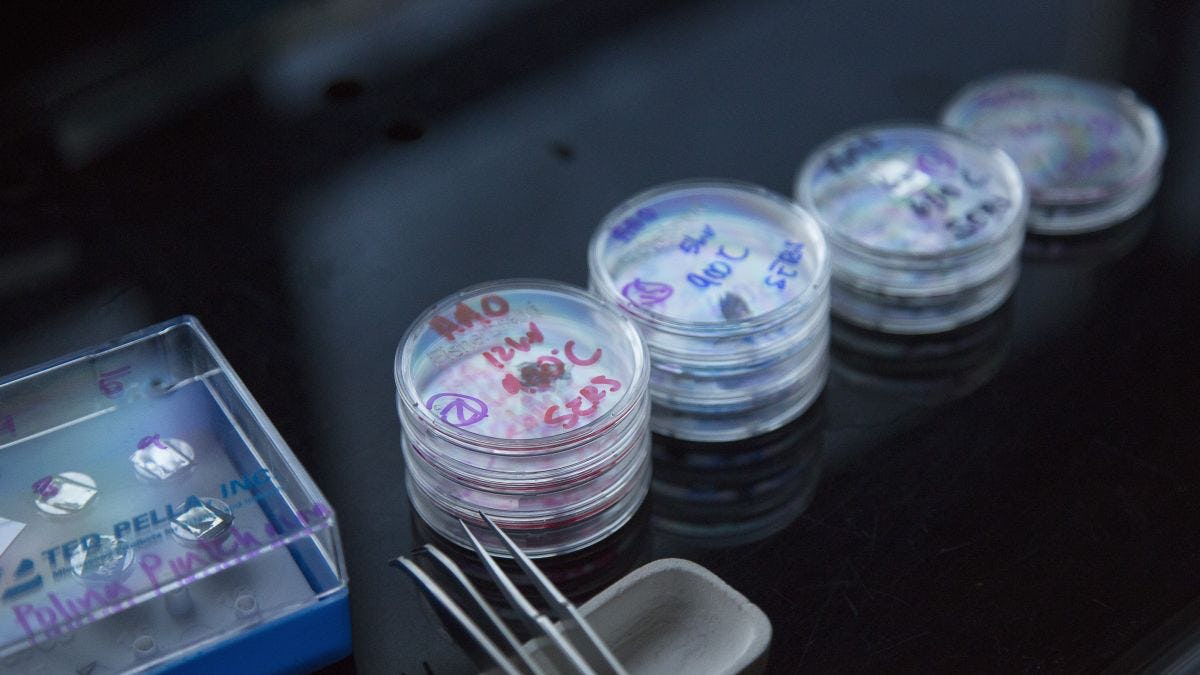 Thirty three million Americans have a disability that makes it difficult to carry out daily activities, according to the Centers for Disease Control and Prevention. Those activities run the gamut from simple to complex, grasping a doorknob to walking. Thankfully there is an increasing availability of rehabilitative devices that can help. From artificial limbs to electrical assisted devices, these solutions are integrating neurobiological technology to offer better control for people who need them.

One new hotbed of development is Stevens Institute of Technology’s Department of Biomedical Engineering, Chemistry and Biological Sciences, where researchers work to develop and improve neurobiological rehabilitation devices every single day. 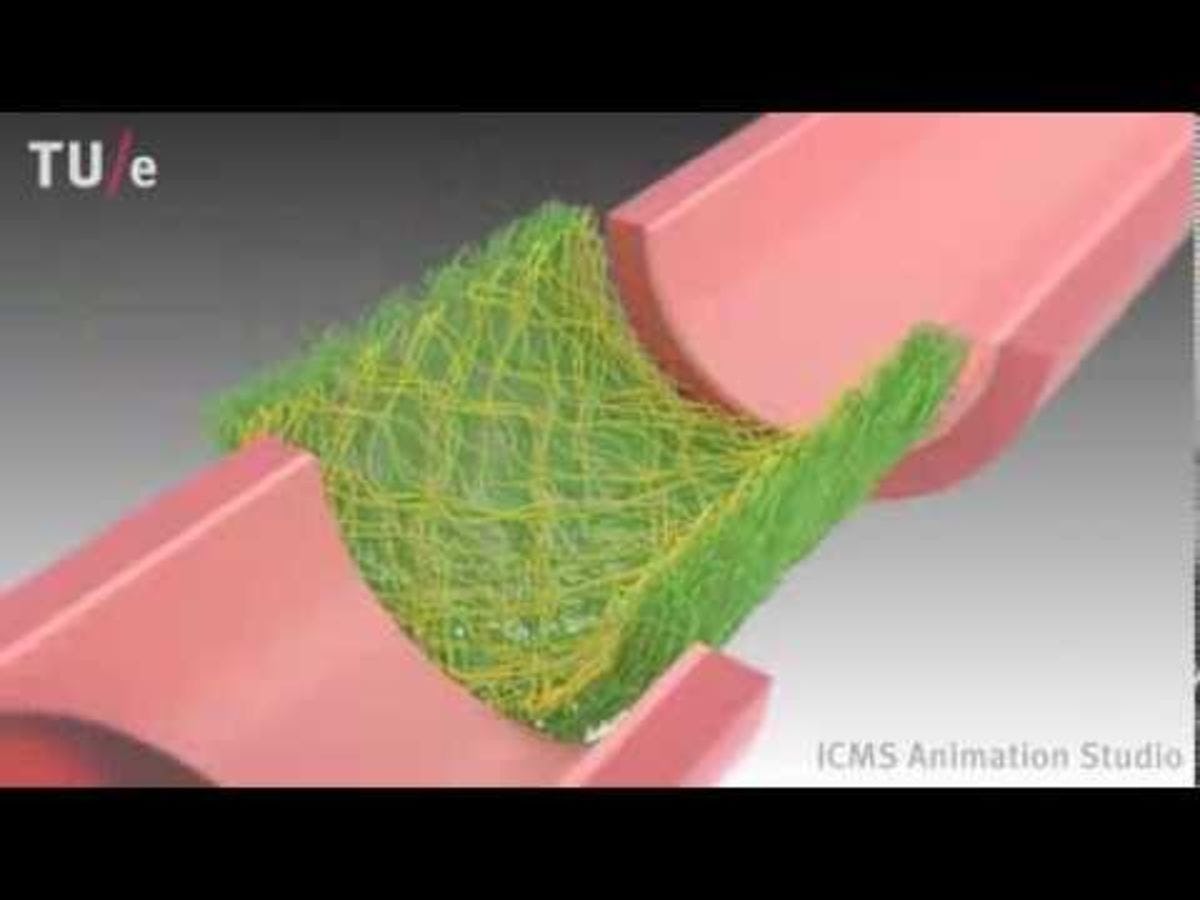 Every ten minutes someone in America is added to the national waitlist for an organ transplant, according to the U.S. Department of Health and Human Services. Nearly two dozen die everyday due to a shortage of available organs.

One of the most promising solutions to that organ shortage is regenerative medicine, which replaces or regenerates human cells, tissue or organs to restore or establish normal function. Stevens associate professor Xiaojun Yu is “developing tissue engineering alternatives for addressing the shortage of donor tissues and organs for transplantation,” he explains.

Yu’s lab works “to improve the performance of tissue engineering scaffolds to the level comparable of autografts,” which are tissue transplants taken from a patient’s own body. Autografts are the gold standard of nerve grafting because they are reliable, but they can be difficult to obtain from a transplant patient due to surgical complications.

Tissue engineering combines cells from a patient’s body with highly porous scaffold biomaterials that act as templates, guiding the growth of healthy new tissue. “It is challenging to significantly improve the functional recovery for critical sized nerve injuries,” Yu notes. The nerve grafts are not only large structures but enormously complex ones. Engineering synthetic ones that work well and aren’t rejected by a transplant recipient’s body is difficult. Yet Yu and his team are making progress.

“We have improved the design of scaffolds based on the combination of materials, structures and biological components,” he says. “The performance of the scaffolds for peripheral nerve regeneration in several parameters is comparable to the autografts in a rat critical sized sciatic nerve injury model.”

Every 40 seconds someone in America has a stroke, according to the American Heart Association. While only one out of every 20 stroke victims dies, it remains the nation’s leading cause of long-term disability.

Stevens assistant professor Raviraj Nataraj is working to change that.

A stroke happens when blood vessels are blocked by a clot or become too narrow for blood to pass through. When this happens, brain cells in the affected area die from lack of oxygen. The injuries caused by a stroke depend entirely upon which part of the brain it originated in. Common aftereffects of a stroke include physical weakness on one side of a person’s body, balance and coordination problems, and constant pain or discomfort.

While rehabilitation devices are available to help people recover from these injuries, many of these devices have a steep learning curve that makes them difficult and unintuitive to use. That’s where Nataraj and his Stevens team come in.

“Not only do we want to employ user-driven commands from neurophysiological sources such as muscles and the brain to make control interfaces with devices more natural,” he explains, “but we want to the user to ‘perceive’ or ‘feel’ as if they have agency over the device. In other words, that they are the true authors of their movements.”

To that end, Nataraj is developing several projects. One uses “virtual-reality (VR) platforms and instrumented objects to systematically alter perception of a person’s motions and actions during rehab and determine if they correlate to better performance,” he says. Another project incorporates imaging and musculoskeletal modeling “to identify the optimal variation of a specific movement in order to minimize progression of an injury during rehab.”

“As mechanical engineers,” he says, “we want to characterize the physical parameters of a system that includes a user, their device, and the desired movement to restore. Then we modify device operation and train the user to perform movements they otherwise could not do. Better user integration means allowing one to feel that the device is an extension of oneself.”

Integration can involve customizing the fit and physical dimensions of a prosthesis or exoskeleton. Nataraj hopes to help better match users with their devices, tuning the operation of those devices as needed. He also hopes to use his projects to help as many people as possible, as they also have implications for functional recovery following spinal cord injuries and limb loss. 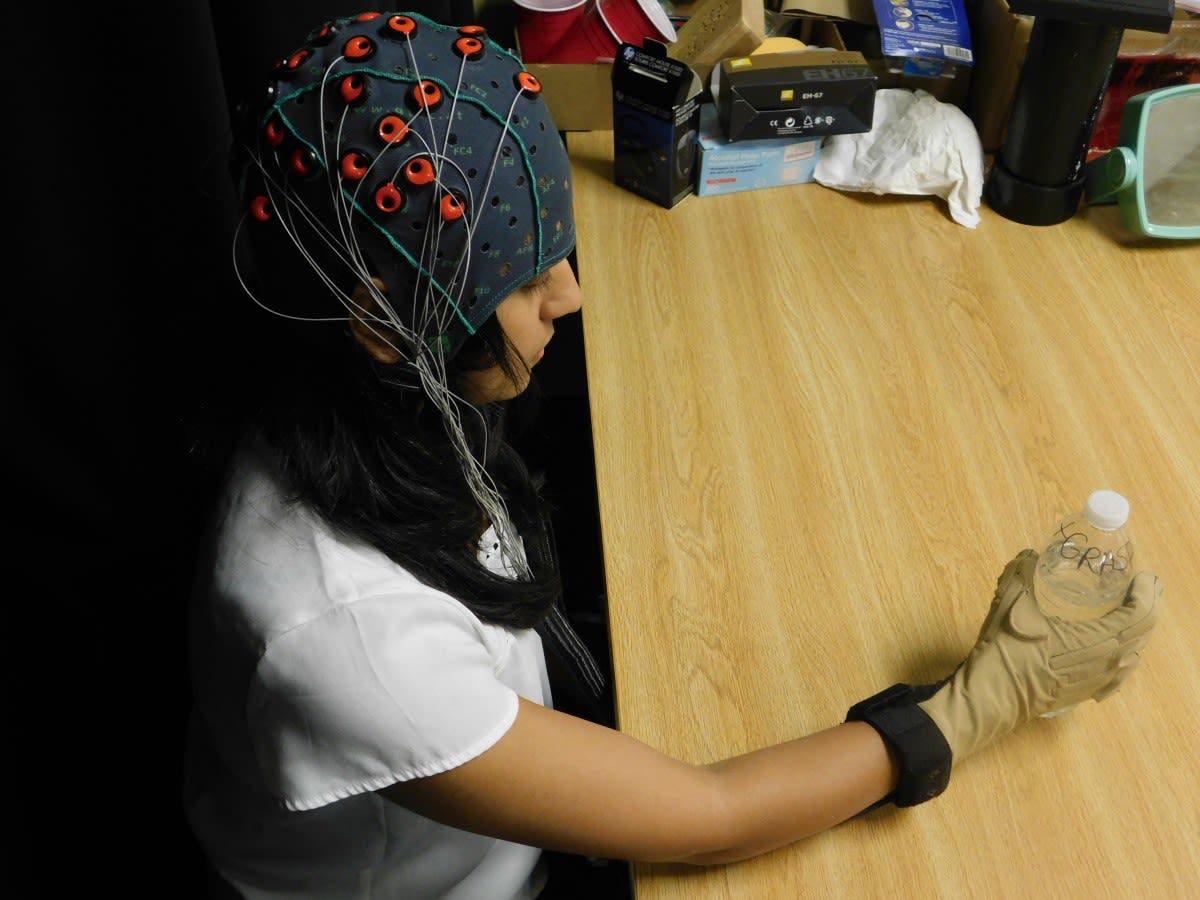 More than five million Americans live with paralysis, according to the Christopher & Dana Reeve Foundation. For Americans living with upper limb paralysis, the leading cause of their injuries are stroke and spinal cord injuries.

People living with paralyzed upper limbs, particularly hands, retain brain function after their injuries, but have enormous difficulty performing simple daily tasks like feeding and dressing themselves. While there are rehabilitative therapies and devices to help them, they are limited to basic hand functions. There is a need for more robust, comprehensive solutions to help people regain mobility and independence.

Brain machine interfaces transmit brain signals to prosthetic or rehabilitation devices. Vinjamuri and his Stevens team are working to refine current interfaces in order to “extend the control from seven to 37 dimensions,” he says. “The application here is to tackle the control problem of how the human brain, an intelligent controller, can control this highly versatile biomechanical architecture of the human hand with ease and absence of effort.”

“Brain signals can be collected from both invasive and noninvasive interfaces,” Vinjamuri explains. “Invasive interfaces need surgery [where] an electrode array is implanted in or on the motor cortex. Non-invasive interfaces, on the other hand, are usually recorded from the surface of the scalp. They are filtered to remove noise and processed using machine learning methods to extract meaningful information modulated by arm movements or hand movements.”

Vinjamuri is working with local medical centers to refine his designs. But there are many challenges to address before bringing these devices to market. The biggest challenge is that “the successful demonstrations have been so far showed in controlled lab experiments,” he says. “Will the performance remain the same in natural environments?”

He and his Stevens team are trying to answer that question. Still, he is hopeful about the future of the field.

“I am sure, in the years to come, with advances in science (experiments in neuroscience and neurophysiology) and technology (electrode interfaces, wireless transmission technologies, real-time control and signal processing methods, advanced computing techniques), brain-machine interfaces will be in the market.” 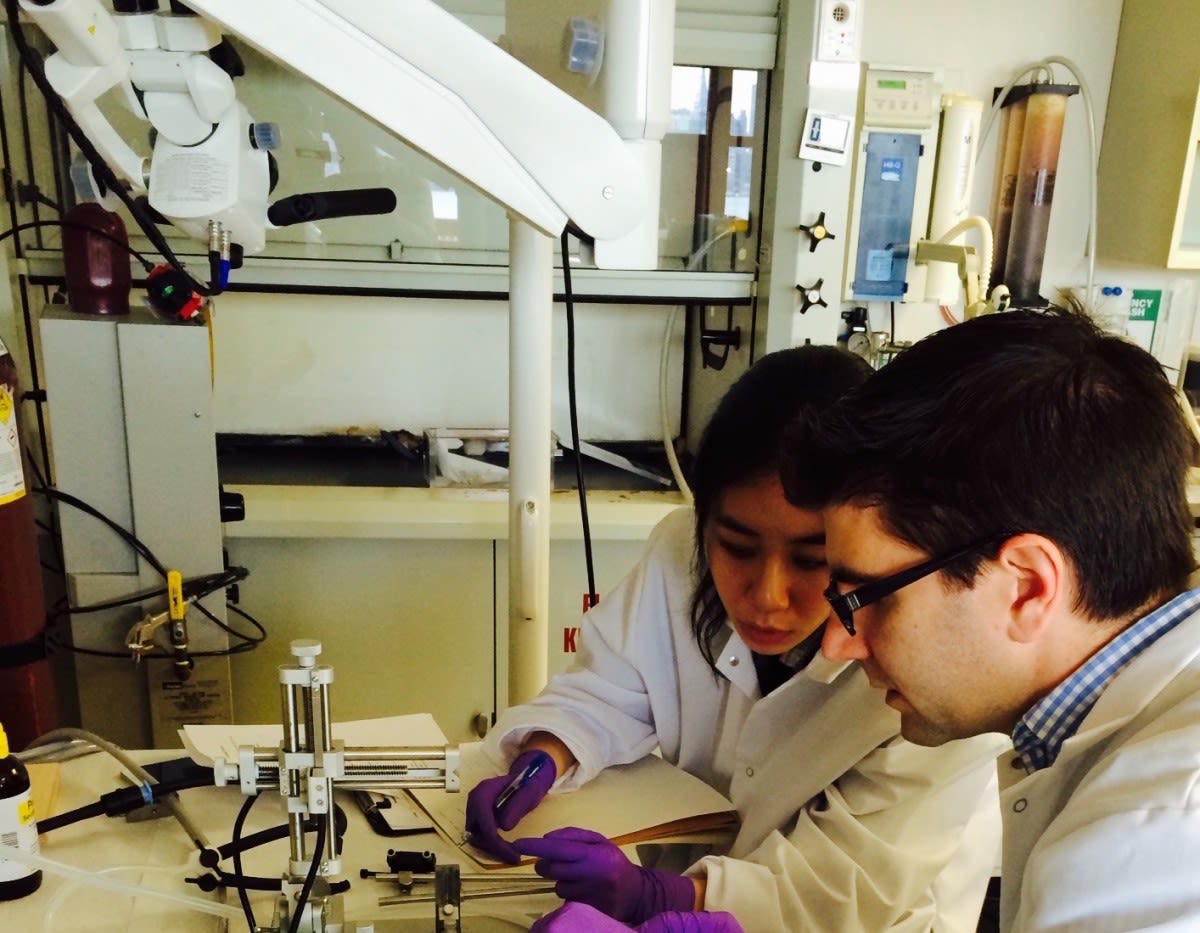 More than ten million people worldwide live with Parkinson’s Disease, according to the Parkinson’s Disease Foundation. However, they also predict that scientific advances in the next 20 years will outpace those of the last 200, bringing the possibility of a cure closer than ever before.

“I think that’s a wonderful perspective to have – that we can cure this disease in our lifetime,” says Stevens assistant professor George McConnell. “But it is going to take out-of-the-box thinking.”

McConnell is a neural engineering researcher working on an out-of-the-box solution. His goal is to “rationally design novel electrical therapies to treat neurological and psychiatric diseases,” he explains. “My lab works on understanding and advancing Deep Brain Stimulation (DBS), akin to a ‘brain pacemaker’.”

While it may sound like a small solution, the impact of DBS on reducing symptoms of Parkinson’s disease is enormous. “Recently, a few of us in the lab observed a Deep Brain Stimulation surgery on a person with Parkinson’s disease performed by Dr. Brian Kopell, a neurosurgeon at Mount Sinai Hospital,” McConnell says. “It was inspiring to see up close and personal in the operating room how DBS improved this man’s tremors immediately after the stimulator was turned on.”

Overall, DBS works “remarkably well,” according to McConnell. But he admits that the next phase of research is developing “a more accurate understanding of how DBS works in order to minimize side effects caused by the treatment and maximize benefit to patients.”

McConnell and his Stevens team are working on other solutions, too. “Artificial Intelligence might be a way to further refine this mapping technique to enable DBS electrode implantation with much higher accuracy and precision,” he says. He and his team plan to present those results at the Society for Neuroscience Annual Meeting in Washington, D.C., later this year.

“It is exciting to be working in a field that is moving this quickly with so much potential for new applications in neuropsychiatric diseases,” McConnell says. “It is humbling to have the privilege to work on problems that have the potential to make a difference in a lot of people’s lives.” 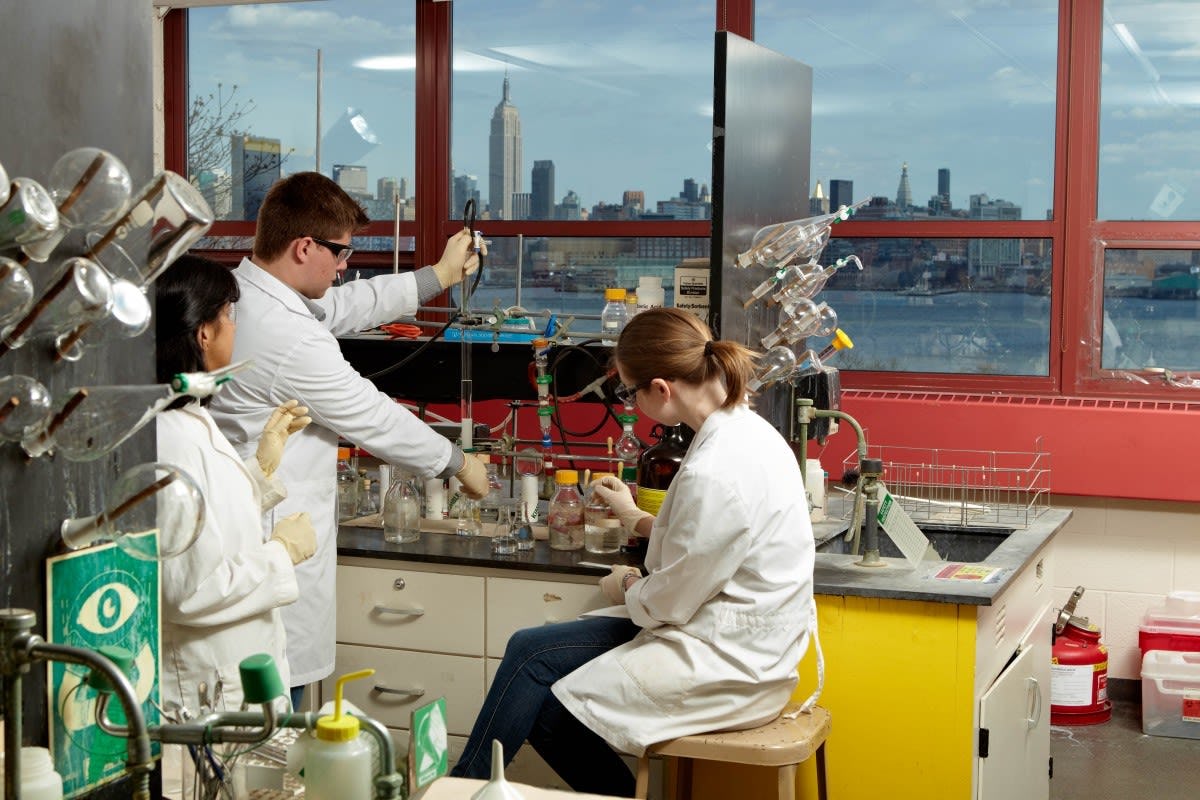 As promising as all of those research projects are, the key to the future of biomedicine and neurobiology is how all of these projects impact and influence each other.

The Stevens Department of Biomedical Engineering, Chemistry and Biological Sciences understands that. That’s why they’re hoping to lead the way in future discoveries.

“The department is relatively new but it has been rapidly growing,” says Nataraj. “I expect future hires will be doing work that has implications in neuro research.”

“I think the department recognizes that we are at a unique time and place in history,” says McConnell. “In the future, I think we will see more and more cross-pollination of ideas between labs. There are so many exciting breakthroughs and new technologies enabling these discoveries happening right now, and NYC is a major hub for neuroscience research. How could we not want to be a part of that?”

“It's going to take a team of dedicated researchers working together to do something bigger than incremental research, which is why I am glad to see places like Stevens focusing more and more resources to neural health research,” McConnell adds.

“We can accomplish much more working together.”