After Road-Testing Careers Via Co-Ops, Stevens Senior Accepts a Dream Job at Honda 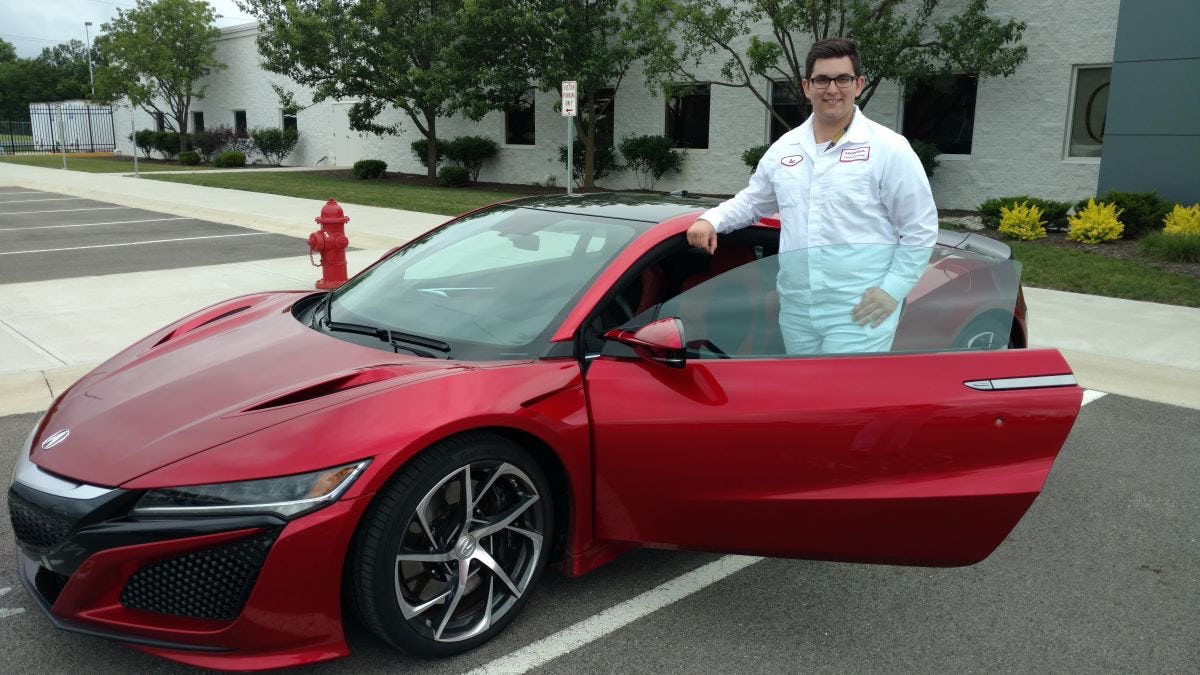 At Honda’s North American headquarters in Marysville, Ohio, Stevens mechanical engineering major Daniel Kilgore ’19 realized a childhood fantasy when he test-drove an Acura NSX, a luxury supercar that retails for about $200,000.

“It was one of my dream cars growing up.”

After two Co-op terms with the automotive giant, the senior from Allentown, Pennsylvania is looking ahead to a full-time position in the company’s quality control department.

“I’ll be part of a complex analysis group that looks for the root cause of any manufacturing or design issues that come up when the cars roll off the assembly line.”

Kilgore says his undergraduate journey affirms his decision to come to Stevens and opt for the Co-operative education route.

“I didn’t want to graduate from college, then spend two years at a company only to discover I hated what I was doing. With Co-op, you’re getting little career samplers while going to school, giving you a real sense of what you like and what you’re good at.”

Prior to Honda, Kilgore did Co-ops with Smith Engineering, PLLC in New York City and Mack Trucks in Macungie, Pennsylvania.

The alternating semesters of work and school that come with Co-op, he says, not only gave him real-world work experience but trained him to manage his time better when he returned to campus.

“In college, you get into the habit of staying up late and sleeping in. But when I was working I would wake up at 4 a.m. because my days were structured. And that kind of discipline carried over when I went back to school. I was making much more efficient use of my time and making the most of my studies.”

Maximizing senior year with the future in mind

Having a job secured after graduation, Kilgore could be forgiven for putting his senior year on cruise control. But that’s far from the approach he’s taking.

“Although I came in at the end of the summer with a job lined up, I’m overloading my last year because there are courses I want to take that will apply directly to my job.”

Eager to apply his Stevens education to his new position at Honda, Kilgore says he hopes to one day move up to a managerial position.

“What I’m learning now is how the car is being built: from design to how it’s welded together and how it goes through assembly. Getting to see all of that provides a strong foundation to lead other people in different quality groups.”

In addition to his bachelor's degree, Kilgore is working toward a master’s in manufacturing and is a year away from that goal. Having completed seven courses, he plans to complete the last three online after graduation this May.

“You always want to keep your skill set at the highest level. The auto industry can and will change and I have to be ready to adapt. Getting my master’s in manufacturing will put me in a great position to move across industries, not just auto.”

The clarity and forethought that he now has about his future, Kilgore says, was helped in large part by the guidance and mentoring he received from faculty in the Schaefer School of Engineering & Science.

“I can’t say enough about the impact professors like Frank Fisher, Alexander De Rosa and Mishah Salman have on students here. They do a great job grooming us for the real world, seeing where our interests lie in engineering and figuring out what we could do better.”

“I originally wanted to get a master’s in engineering management, but Professor Fisher steered me toward a master’s with a manufacturing focus. He told me that, as an engineer, ‘You’re already good at managing people, and with that background companies are going to want you in management.’”

In addition to supportive faculty, Kilgore says his membership in Chi Psi was also a defining influence on his undergraduate experience. Joining a fraternity, much less serving as its president, was never part of his college plans — but that changed when he came to Stevens.

“At Stevens, Greeks are a huge influence on campus, and being part of the tight-knit brotherhood at Chi Psi was, without a doubt, the biggest impact for me. That changed me for the better in how I operate socially — it taught me how to care for people, be selfless and have faith in people.”