Rethinking How We Work

Rethinking How We Work 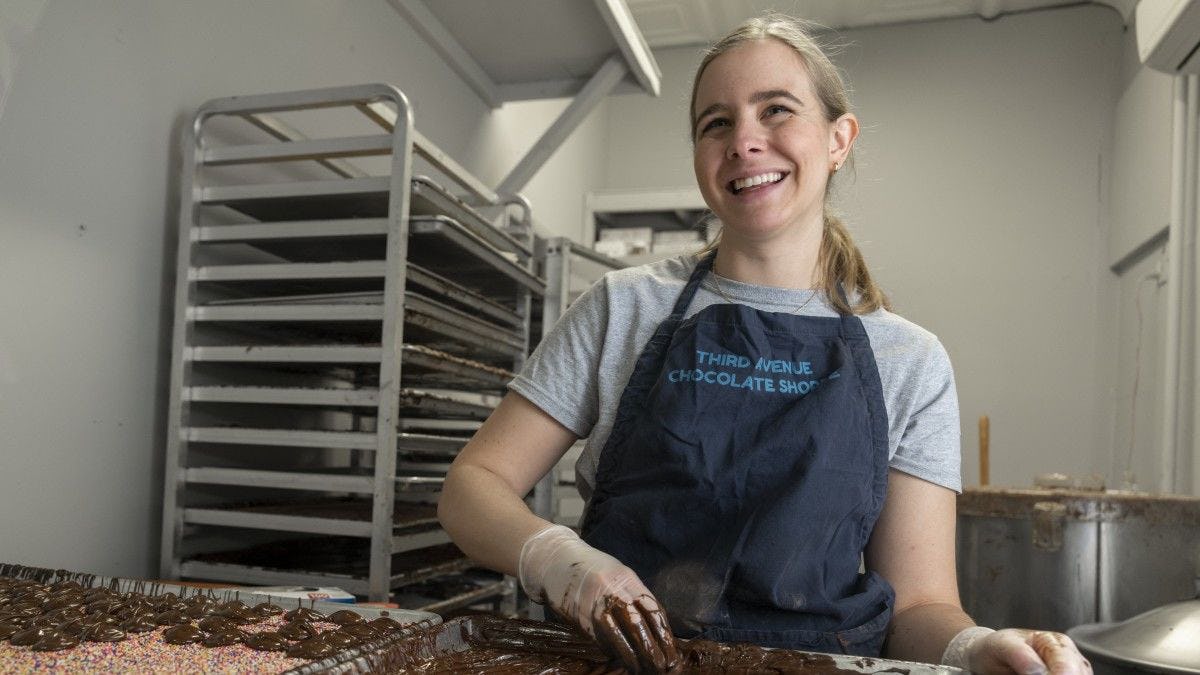 COVID-19 has upended life as we know it. When the virus began spreading with abandon in the United States in March 2020, one of the first changes experienced by many was a shift from in-person work to working from home — a public health measure made possible by teleconferencing and other digital technologies. At the same time, those deemed “essential workers” and others who could not do their jobs remotely were suddenly required to take on heightened levels of risk to support themselves and their families.

After enduring continued disruption and uncertainty for the past two years, a collective restlessness seems to have settled over a large swath of the American labor force. According to the U.S. Bureau of Labor Statistics (BLS), an average of more than 3.98 million workers voluntarily quit their jobs each month in 2021, the highest average on record since the organization began tracking quits in December 2000. With so many employees leaving their positions, it’s no surprise that job openings have also reached a record high — more than 10 million per month from July 2021 through March 2022 (according to the most recent report available at press time). This phenomenon has come to be known as “The Great Resignation,” and it’s unclear how long it will continue.

While employees are leaving their roles across all industries, the healthcare, leisure and hospitality, and retail sectors have seen some of the highest rates of turnover, the BLS reports. Women have been quitting their jobs at higher rates than men. Mid-career employees, ages 30 to 45, have also been leaving at elevated rates, outpacing workers in the 20-to-25 age group who typically record the highest rates of turnover.

What is it about this moment in time that has prompted so many resignations? The Stevens Indicator asked two Stevens experts to weigh in. They share their perspectives here.

At the start of the pandemic, employers across industries felt a sense of panic, and a sense of urgency. “We were asking, ‘How are we going to adapt?’” recalls Peter Dominick, an industrial organizational psychologist and teaching professor at Stevens’ School of Business. “I think that different people and organizations dealt with that with varying degrees of empathy and awareness.”

Employers demanded rapid action from employees who had the skills to respond to challenges, but this urgency led some to forget that everyone was going through a difficult time. “Accountability without empathy adds to that stress,” says Dominick.

“This time has been especially challenging for women,” he adds. School and daycare closures throughout the pandemic have forced parents to either take time off from work or leave their jobs altogether to fill childcare gaps. “Because the demands of work and family care have been disproportionately laid on women, that increased stress level has encouraged many to look for a change,” says Dominick.

Balance Made Possible By Remote Work

For the past two years of the pandemic, millions of people have been working from home — many without a loss of productivity or opportunities for advancement. After demonstrating the ability to do their jobs from home, some workers are pushing back against requests from their employers to resume in-person work.

“I think the challenge for managers nowadays is that it’s not enough to say, ‘You’ve got to be back in the office.’ They’ve got to be able to communicate a reason for why you have to be there,” says Dominick. “The last thing any of us wants to do is go to the office and be on Zoom.”

“During the pandemic, a lot of people moved out of cities,” notes labor economist Joelle Saad-Lessler, a teaching associate professor and associate dean of undergraduate studies at Stevens’ School of Business. “As employers start saying ‘Come back to the office,’ I think the reality of the commute is hitting people a lot harder.”

A January 2022 survey of 10,237 U.S. adults conducted by the Pew Research Center found that 60% of workers with jobs that can be done remotely say that when the COVID-19 pandemic is over, they’d like to work from home all or most of the time if they have the choice. While the reasons for wanting to continue remote work vary, commonly cited benefits include more time with family, increased productivity, and time and money saved by eliminating a daily commute.

Telework has also opened up a wider variety of job opportunities to candidates who live outside of a commutable radius. “All of a sudden, job markets stopped being regional — at the very least they became national, and in many cases global,” says Dominick.

With so many open positions and a smaller pool of potential employees to fill them, many employers are scrambling to find quality candidates. “This is a really good time for workers to name their price,” Saad-Lessler says.

Higher wages are not the only perks on the bargaining table — childcare and family benefits, remote work, flexible schedules, mental health benefits and employee resource groups are all becoming sought-after offerings.

With more opportunities to choose from, employees can feel more confident to walk away from jobs where they don’t feel valued. “If you have a workplace that’s respectful, that gives you agency, you’re more likely to stick with it because you feel more connection and loyalty to the employer,” says Saad-Lessler.

A Search for Meaning

A survey of 20,000 workers across 10 countries by Bain & Company found that 58% of workers feel the pandemic has forced them to rethink the balance of work and life.

“We have all been faced with tremendous change,” says Dominick. “Change requires us to see things differently. It’s called upon all of us to step back and reflect on what we’re doing and ask, ‘How is this fitting into the bigger picture of who I want to be?’ ‘How am I impacting the lives of the people I care about?’” This kind of reflection has led some workers to seek job opportunities that better align with their personal values.

“One of the things that I think people are looking for more now than maybe they did in the past is a connection to purpose,” says Dominick.

We asked four Stevens alumni to share stories of their own pandemic-inspired career pivots. Meet these alumni in the stories that follow.