Out of the Archives 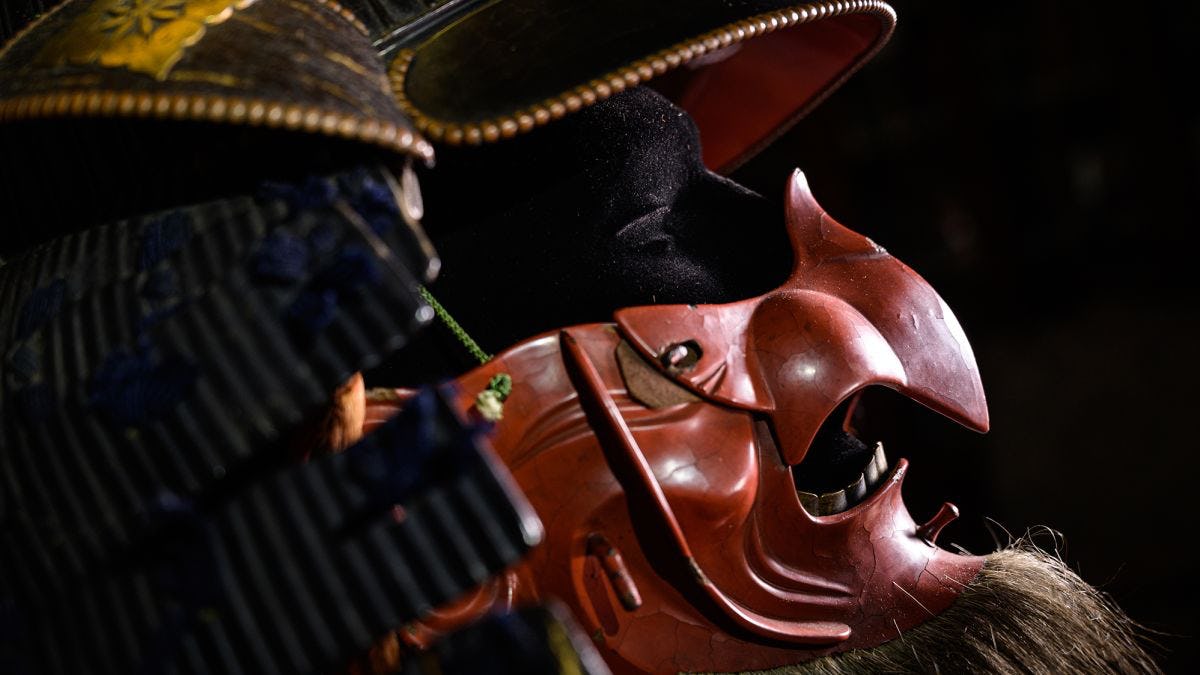 When a Stevens alumnus couldn’t attend his 35th reunion at Castle Point, he sent a surprising gift instead

Keiiche Abe Class of 1899 was one of the first Asian students to attend Stevens Institute of Technology. In an obituary published in The Stevens Indicator alumni magazine in 1938, he is described as “one of the best-liked students at Stevens back in the [eighteen] nineties.”

After earning his degree in mechanical engineering, Abe worked at Baldwin Locomotive Works in Philadelphia and as a draughtsman for General Electric before returning to his native Tokyo. In Japan, Abe had a long career as an engineer with the Japanese Navy until his tragic death from a cerebral hemorrhage at the age of 66. 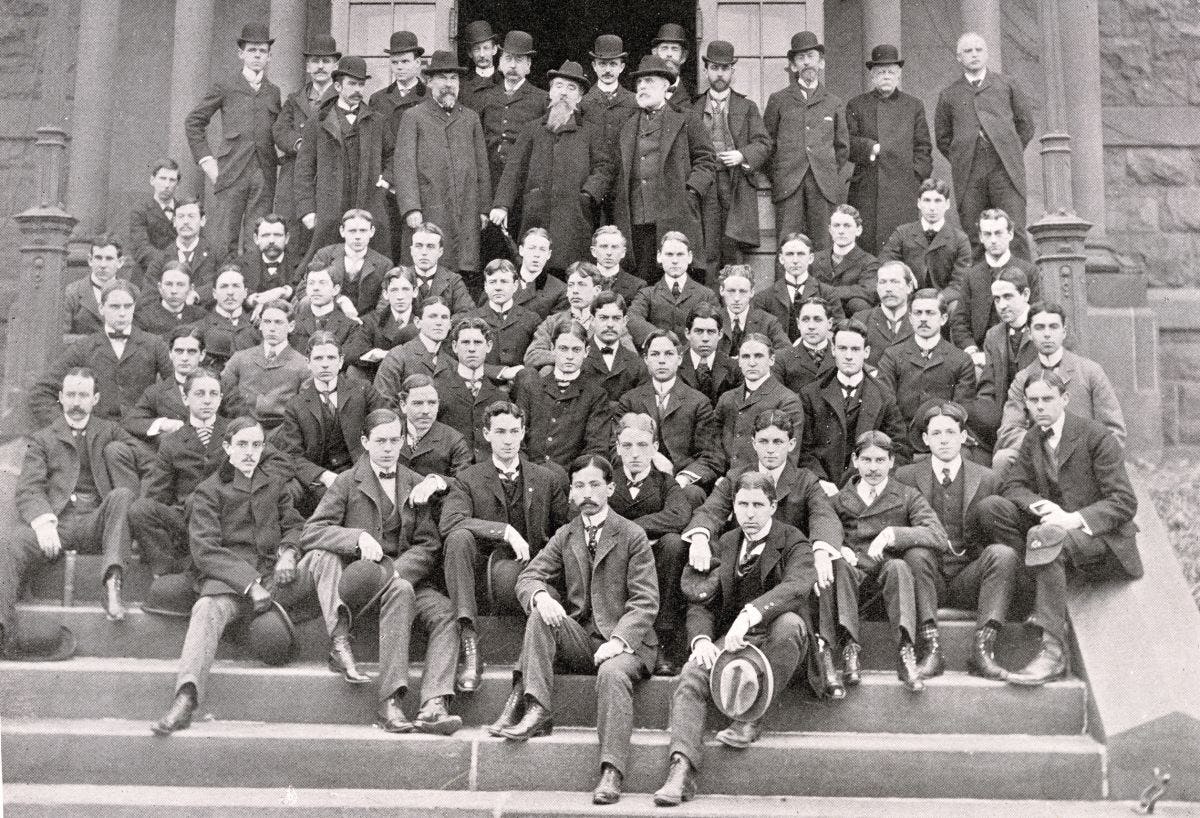 In his obituary, The Indicator says of Abe, “He never broke his friendly connections with the United States and Stevens.” The strength of his connection to his alma mater continues to be evident today, embodied in an exquisite gift of cultural heritage now housed within Stevens’ Archives & Special Collections.

When Abe couldn’t make it to Castle Point in 1934 for his class’s 35th reunion, he sent a full suit of samurai armor to Stevens in his stead. The items were carefully packed in a large red box and made their transoceanic journey aboard a Japanese steamship. 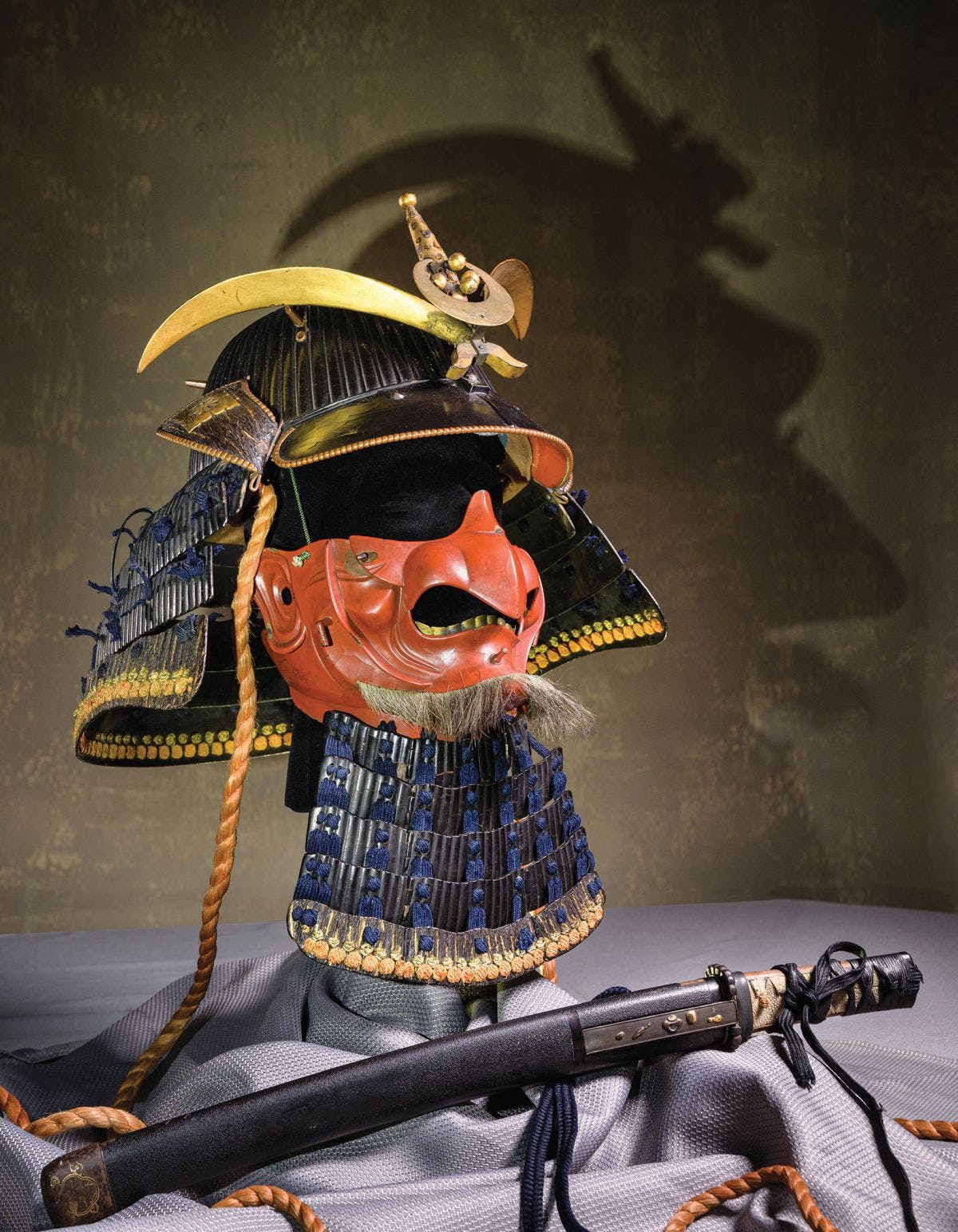 The suit is made up of many pieces, all works of art in their own right. Pictured with this story are several of the most visually impressive items. Pictured with this story is a riveted helmet, or suji-kabuto, comprising 62 iron plates, coated with black lacquer and adorned with a gold-tone crest, reminiscent of horns and a crescent moon. Beneath the helmet is a red-lacquered menpo, a mask-like facial armor cast with bared teeth. On the table below is a sheathed short sword, or wakizashi. At right is the suit’s cuirass (breastplate and backplate fastened together), made of metal plates covered in lacquered leather and etched with a subtle “rain” pattern in gold leaf. Also included within Abe’s shipment were shoulder guards made of lacquered leather, shin guards made of lacquered steel, chain mail sleeve armor, a silk belt and a long sword, or katana, featuring a gold-tone dragon ornament known as a menuki wrapped onto its handle.

The samurai were highly skilled warriors and members of an elite military caste in feudal Japan. They served daimyos, or feudal lords, with absolute loyalty and lived by a strict code of honor and discipline known as bushido. Samurai were active beginning in the 12th century through 1868, when feudalism was brought to an end in Japan during the Meiji Restoration. A letter from Abe that accompanied the gift said that the armor had been made in the 16th century, and that it had been worn in battle by “Lord Asakura.” Unfortunately, since there is no other documentation of the suit’s provenance, not much is known about its original owner or exactly how and when it was used.

Stevens’ Archives & Special Collections was able to learn more about the extraordinary gift when a Japanese arms and armor consultant from The Metropolitan Museum of Art did a formal appraisal of the items in 2013. Archives staff was surprised to learn that, based on the style of the armor, it is likely that the pieces were made at different times. The helmet is estimated to have been made in the 16th to early 17th century, while the rest of the suit was crafted in the 18th century. The appraiser also pointed out a unique feature of the suit’s cuirass: “There is a large opening with a lid that could be opened and closed. This allowed the wearer to access the medicine or tissue container attached to his arming jacket. Only one other armor is known to be equipped with such a compartment.”

Due to the age and delicate nature of some parts of the armor, it has been stored securely in the archives. Plans are currently being made to have the suit restored by a conservator and to have a custom display case built for the items. Until the suit is placed on public view, visitors can make an appointment to see it with Archives staff. More than 80 years after its arrival on Castle Point, Keiichi Abe’s mysterious samurai suit continues to inspire curiosity and awe at Stevens.

“Out of the Archives” is dedicated to telling stories behind lesser-known objects and artifacts from the Samuel C. Williams Library’s Archives & Special Collections. Explore more at library.stevens.edu/archives