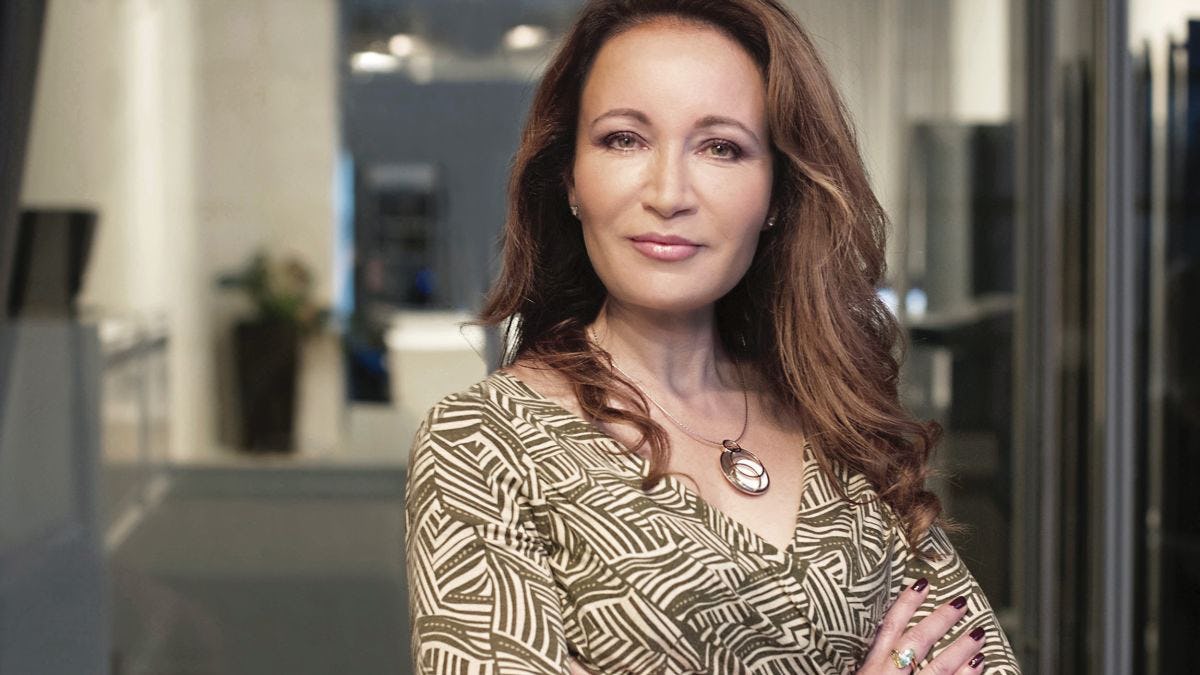 Ritchie Bros. CEO Ann Fandozzi '93 has served as CEO of three companies and in executive positions with several Fortune 100 firms.

Not many business leaders can say they have steered a billion-dollar company to new heights amidst the modern era’s dizzying, ever-changing technical landscape. Stevens computer engineering graduate Ann Fandozzi ‘93 has done it twice. And Fandozzi, CEO of the global asset and management disposition company Ritchie Bros., credits her Stevens education with building the foundation upon which that successful career was eventually built.

Castle Point to the C-Suite

The child of parents who emigrated to the United States when she was 8 years old, Fandozzi moved often with her family — first to Rochester, New York, where her father worked as an engineer, and later to New Jersey and Connecticut.

“I always knew that I was going to be an engineer,” she recalls.

A week-long Women in Engineering summer residential program on the Stevens campus, just before her senior year of high school, convinced Fandozzi that Castle Point was the place to begin pursuing that dream.

“I just loved the campus,” she remembers. “All that week, I was looking around, thinking: ‘I can live here? For four years? Where do I sign up?’”

In between hitting the books and grabbing Benny Tudino’s pizza slices or Vito’s subs on Washington Street with friends, she and a roommate would take the PATH train into New York City to enjoy Greenwich Village’s unique atmosphere nearly every weekend. Sometimes they even ventured uptown, such as to attend a lecture at Columbia University.

“The job had a high ‘coolness factor,’ but most importantly I felt I was very well-prepared by Stevens,” she says. “There was a real emphasis on analytics and problem-solving at Stevens, which was perfect for the technical position I was in.”

She soon began pursuing a master’s degree in systems engineering at the University of Pennsylvania (while still working full time) and, as her interest in business grew, later a full-time MBA at Penn’s famed Wharton School. That meant attending four days of rigorous classes per week, plus a part-time job working for Wharton Dean Patrick Harker — and occasional travel to meet with financial institutions.

The MBA coursework, particularly the emphasis on financial analytics, thrilled her. Soon she was moving up through the C-suite at powerhouses like DaimlerChrysler and Whirlpool, where she worked the front lines of long, contentious negotiations with longtime sales partner Sears.

“We’re talking 18-to-20-hour days, every day, for almost two years,” she recalls. “All through those difficult negotiations, we did a lot of math every day, a lot of game theory, gaming our competitive position,” she says.

“I have always had a strong bias toward analytics, and I credit Stevens for that. As a CEO, you have to rely heavily on analytics. Numbers don’t always give you the right answers, but they almost always point you in the right direction.”

After a stint as CEO of the carpooling company vRide, Fandozzi was asked in 2016 to take over as head of ABRA, one of the nation’s largest chains of automotive collision-repair shops.

The company, founded in Minnesota in the 1980s, was doing a respectable $1 billion of business in a $40 billion market — but that market was completely fragmented into thousands of small, local providers. No market leader had emerged, and consumers did not have ready access to information about companies or choices.

At ABRA, she saw strong business fundamentals hampered by very poor customer experiences and a complete absence of useful technology.

“I started asking myself, what if we could bring the digital experience to this industry to improve it,” she said. “What if choosing a body shop for your car after an accident could be as easy as ordering a pizza from an app on your phone?”

She began a technical overhaul of the company’s operations immediately — and, a little more than two years later, ABRA was acquired by its largest competitor in a private transaction.

Other organizations took notice, and Fandozzi joined Ritchie Bros. as its CEO in January 2020. Ritchie Bros. did business in a used commercial equipment space of $300 billion. The company was doing $5 billion annually in transactions — but “it had been holding there for a decade,” she explains. “They hadn’t really leveraged technology to make that leap higher.”

With Fandozzi onboard, the company’s technology immediately began upgrading — and its revenue and value instantly soared, even while working through a global pandemic.

How did she pull off two such rapid, monumental technological pivots for entrenched companies?

“There is a silver bullet,” she explains. “It’s always having the right people. When I find great people, the ones who don’t know how to lose, I keep those relationships forever and literally pick up the phone and call them again.”

In spite of her success, Fandozzi hasn’t forgotten her alma mater. This spring, she graciously agreed to deliver the keynote Thomas H. Scholl Lecture at Stevens’ annual Innovation Expo — virtually, it turned out, as she unfortunately contracted COVID-19 shortly before the event.

“Be true to yourself,” Fandozzi told the audience that day, speaking about the value of perseverance, analytics, curiosity and teamwork during her own long, transformative career.

Now back to full health, she looks forward to visiting the university’s Hoboken campus in person again soon and re-engaging further.

“Stevens is such a remarkable STEM institution,” she says. “I can’t wait to get back.”

“The experiences I had at Stevens, from the academic side to the personal relationships I built, all remain,” she concludes. “My children still call some of the people I graduated with their ‘aunts and uncles.’ Those are the relationships that I have taken with me.

“My experiences at Stevens form the foundation of this entire story.” — Paul Karr

Pointers From a Successful CEO