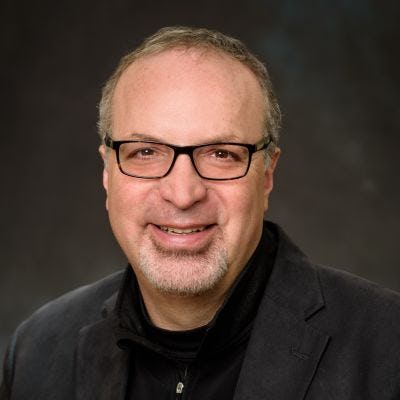 2016 - Investigator for the Trauma Research Administrative Group "TRAG Team" researching how the sound profiles, of individual units within the hospital, contribute to cases of delirium and increased cognitive impairment over the course of a hospital stay.

Rob Harari has versatility in the field of audio and music with alternating roles as a music producer, educator, composer, sound designer, audio engineer, and musician. Over a 35-year career in music, Harari has been fortunate enough to work on multiple Grammy nominated albums, Emmy Award winning programming for children educational content on PBS and musical themes for major sporting events, composed songs individually and collaboratively for albums ranging from rock, pop and jazz to spoken word. He contributed soundtracks to multiple TV shows (The Boy King- NBC,) Documentaries (Back To Gombin-Packer Productions, The Hoboken Jewish Community – An Oral History), and in 2005, and was commissioned as Sound Designer and recordist of the binaural project “The Hiding” for the Holocaust Museum and Study Center of Rockland County, N.Y., which has received international accolades.

In 2018 he was the first artist to collaborate with Bell Labs since the 1960’s as part of Experiments in Arts and Technology (E.A.T.), Harari co-authored and produced “The Shannon Effect”, a celebration of Claude E Shannon, the father of Information Theory. Sample video available here: https://www.bell-labs.com/programs/human-digital-orchestra/

Harari logged many miles and mixed shows in many venues as the Production Manager and FOH mixer for Gregory Hines’ live performances from 1987 until Mr. Hines’ death in 2003. This introduction to the world of tap dance led Harari to start designing “Instruments” for dancers that would respond acoustically, similarly to other wood based percussion instruments. His interest in technology also led to designing new microphones techniques using Piezo transducers and convertors to the language of MIDI, allowing dancers to use timbral colors previously reserved for synthesizers. In addition to the credits with Hines, Harari’s work with Savion Glover included; “Bring In ‘Da Noise, Bring in ‘Da Funk (4 Tony Awards 2006), Live (Barbra Streisand), Cannes Film Festival, and the 2002 Olympics in Salt Lake City, and also in the Spike Lee film “Bamboozled”. Robert was the original sound designer and directed audio production for the world’s premier tap dancers during the first five years of the annual NYC Tap Festival.

Harari formalized his teaching role in the Fall 2005 as an Industry Associate Professor for the Music and Technology Department at Stevens Institute of Technology.  Taking the decades of experience creating and mixing sound in a variety of venues, and combining that with an appreciation of how the audience reacts in any particular venue, has led to the exploration of how sound inherently causes physiological reactions in our bodies. Through his research into the field of Psychoacoustics, Harari believes that if we can map the brain while analyzing specific aural signals, we can open the door to understanding how to live better through innovative design specifically focused on sound profiles of our environment.

In his personal life, Robert remains involved in many areas of community service. He is devoted to his wife of 32 years, Julie and their children Joseph and Genevieve.
Partial credit listing available at www.harariville.com

United Jazz Foundation - Board of Directors 2016 - current
FABA for artists by artists - Board Of Directors 2007 - current. A 501(c) created to promote the Music and Visual Artist throughout Hudson County, N.J.

United Synagogue of Hoboken (USH), Board of Trustees
1990-1999, 2003 – present, Board President USH 1997-1999.
During presidency designed and implemented plan to consolidate assets and construct Annex which now houses the hugely successful Kaplan Cooperative Preschool. Continues to work on strategic planning and educational growth.