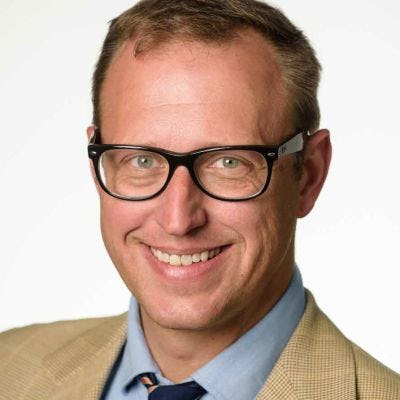 Dean of the College of Arts and Letters

Kelland Thomas is Dean of the College of Arts and Letters and Professor of Music & Technology at Stevens Institute of Technology. Under his leadership, the college has implemented an ambitious five-year strategic plan, grown enrollment, increased sponsored research awards and expenditures, and added outstanding new faculty. He established collaborative partnerships with the Experiments in Art and Technology program at Nokia Bell Labs and the United Jazz Foundation, and created two new fellowships to honor faculty achievements in research and creative activity.

Since his debut as a saxophone soloist with the Houston Symphony in 1993, Thomas has concertized throughout the U.S. and in Canada, Mexico, Europe, and Asia. As a chamber musician, he was a prize winner in the Coleman, Carmel, and Fischoff Chamber Music Competitions, and toured with such chamber groups as the PRISM Quartet, Resounding Winds, the Michigan Quartet (with Donald Sinta), the Michigan Chamber Players, and the Borealis Saxophone Quartet. He has collaborated with composers to commission and premiere more than 30 new works for saxophone. As a jazz saxophonist he has recorded and toured nationally with fusion ensemble Sylvan Street, the Original Wildcat Jass Band, and the Firecracker Jazz Band, and has performed with such jazz luminaries as Rufus Reid, Jimmy Cobb, Jimmy Heath, the Manhattan Transfer, David "Fathead" Newman, and Diane Schuur, as well as the rock band Spoon. His recording of Luciano Berio’s Sequenza IXb was included in the Mode boxed set “Complete Sequenzas and Works for Solo Instruments”, which New York Times critic Anne Midgette declared one of the 10 Best Releases of 2006. Thomas has also recorded for the Summit Jazz, AUR, New Vintage, and Albany labels.

An active researcher, he was awarded funding as Principal Investigator from DARPA’s Communicating with Computers program for MUSical Improvising Collaborative Agent (MUSICA), which received international press from Tech Insider, Mic.com, and the Guardian UK, among others. He has given talks on music, artificial intelligence, and creativity at such venues as South by Southwest, Propelify, and J.P. Morgan Chase’s Innovation Week. As Director of the UA Creative Computing Lab, he was featured in Atlantic Monthly Online for a project to migrate Bryan Carter's Virtual Harlem to the open source Unity 3D game engine.

He holds five degrees, including the degree Doctor of Musical Arts from the University of Michigan. His principal saxophone teachers include Joe Lulloff, James Forger, Donald Walden, and Donald Sinta.