True to the Red and Gray: 150 Years of Stevens Traditions

Whether they were displays of class solidarity or contests of physical prowess, traditions at Stevens over the years have fostered a sense of community, tying together generations of students and alumni. Some of the more recent traditions may look a little different than their 19th-century counterparts, but they still share the same goals of galvanizing school spirit and providing a much-needed respite from the rigors of academic life. Here are just a few.

A more recent and colorful addition to the list of Stevens traditions, The Duck Dance is taught to all first-years at the New Student Orientation and is performed at athletic events, Flock Party After Dark and other occasions to promote Stevens spirit and pride. Watch Attila and a group of Stevens students perform The Duck Dance at the 2019 Stevens Awards Gala. 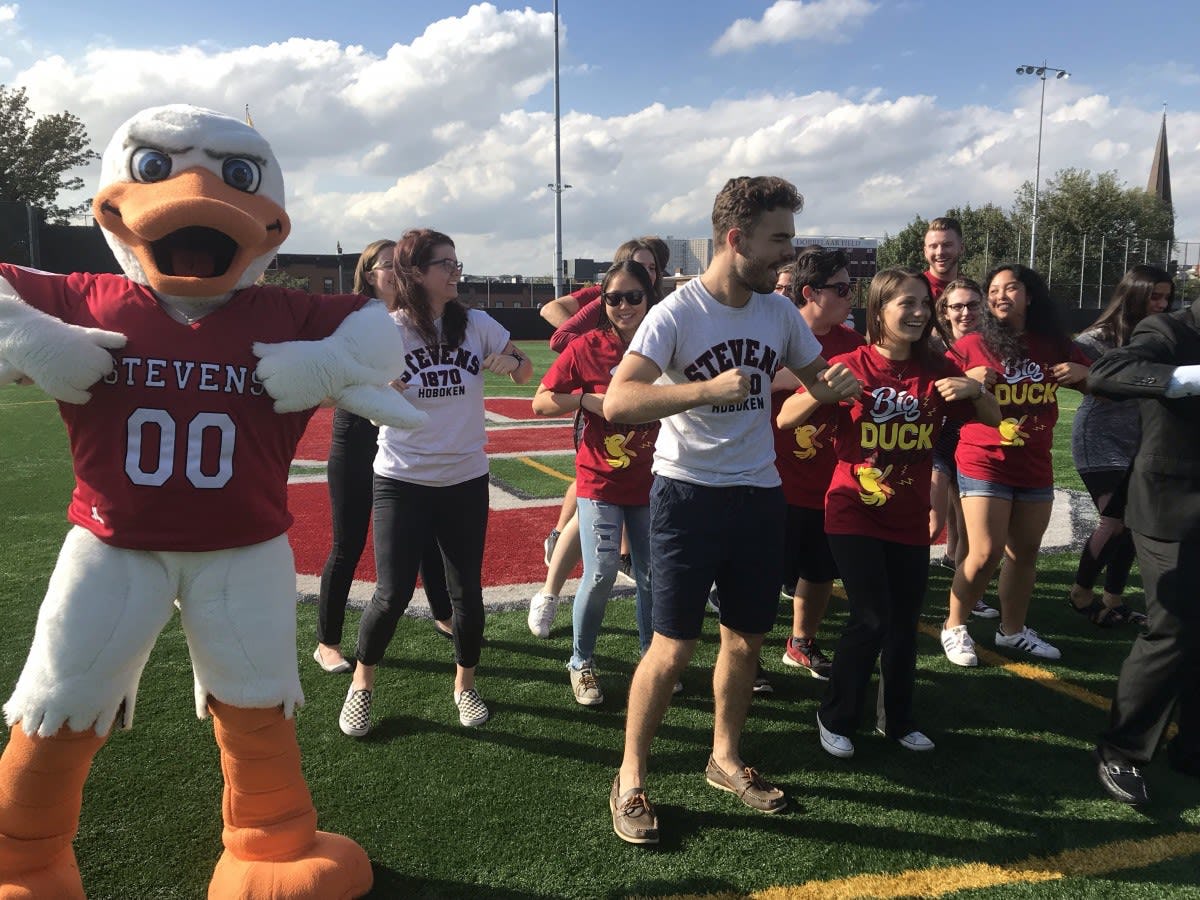 The Calculus Cremation was an annual pageant started by the Class of 1890 where the “reviled” course of calculus was quite literally put on trial in front of the faculty and student body. After the student prosecutors argued their case before a jury of their peers, calculus was inevitably found guilty and its effigy “consigned to oblivion by conflagration” on the athletic field in a spirited bonfire. 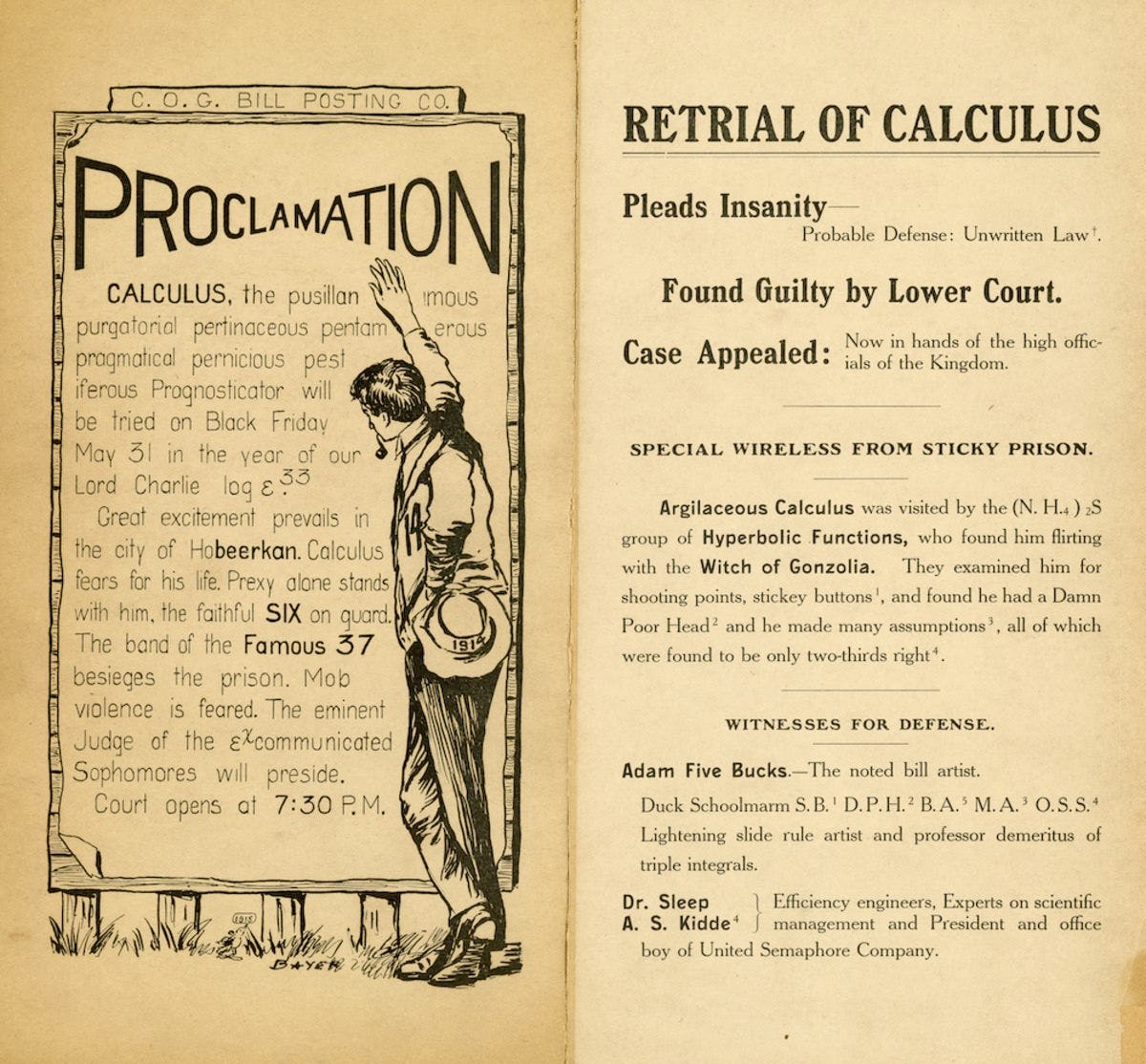 In 1889, a group of students started a formal athletic competition to officially settle the question of who was the physically superior class. The Cane Spree, as it was called, involved representatives from each class wrestling for control of a wooden cane placed in the middle of the athletic field. Earlier matches were often quite violent and inevitably ended with multiple trips to the infirmary. 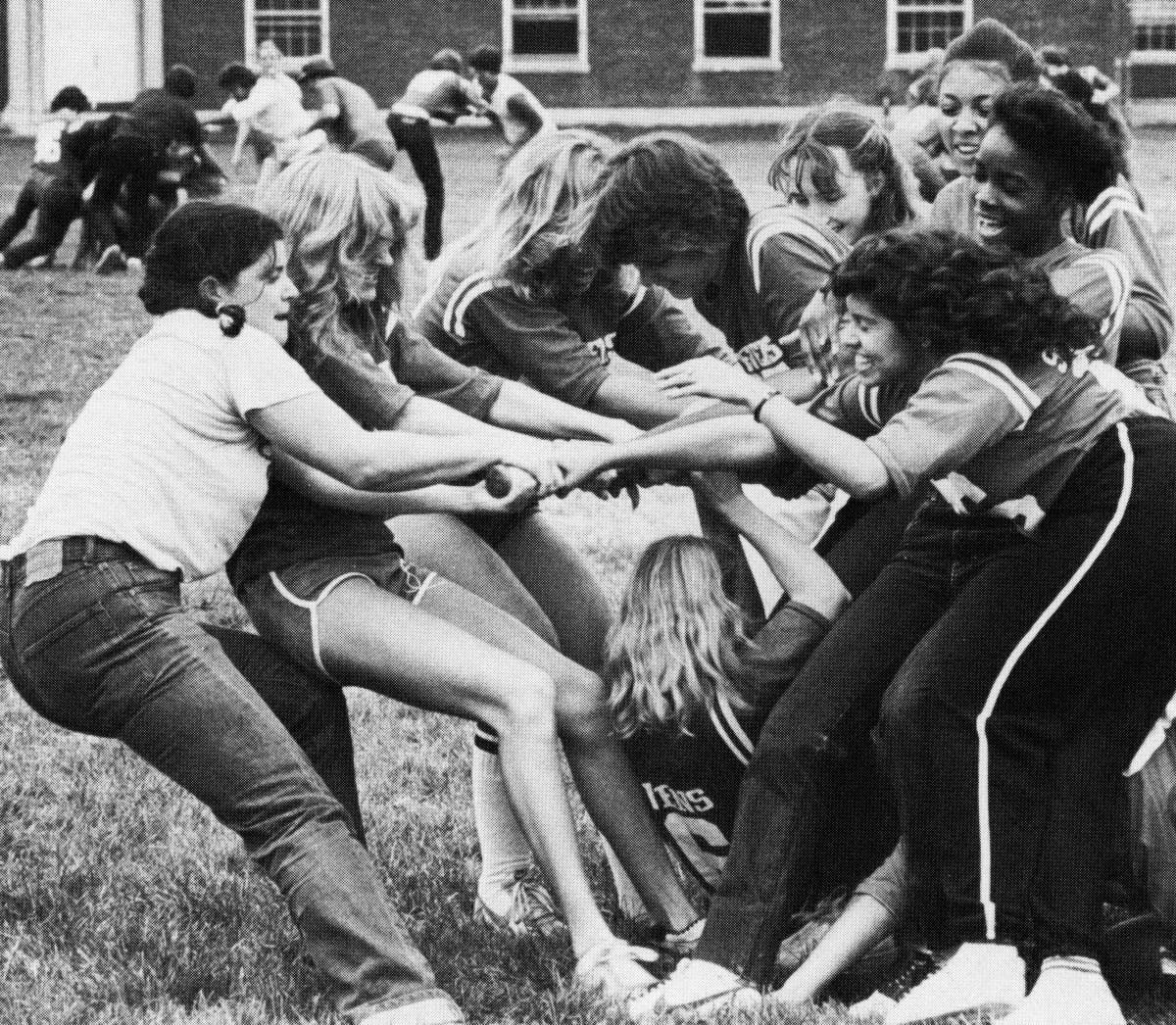 As with the Cane Spree, the Flag Rush provided an opportunity for the freshman and sophomore classes to vie for bragging rights in the eyes of their peers. For this competition, the sophomore class planted a pole with a flag affixed to the top in the middle of the athletic field. They then defended it from the onslaught of freshmen who climbed atop their opponents to wrest control of the flag. 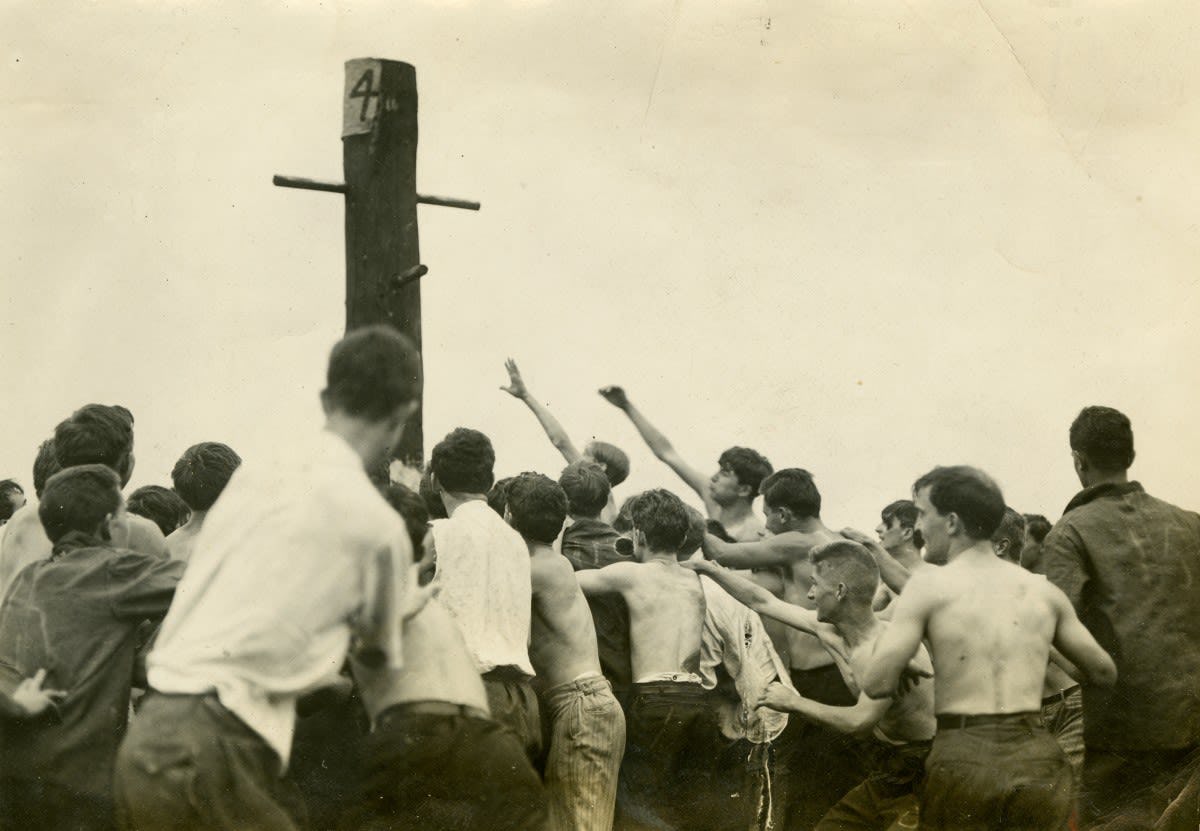 Cage Ball was the last addition to the early interclass matches at Stevens. As stated in the original rules from 1919, the opposing classes would attempt to “push a large, inflated ball down the athletic field and through the opposing team’s goal posts — all while not letting the ball touch the ground.” Unlike the Flag Rush and other earlier competitions, Cage Ball was played at Stevens well into the 1980s. 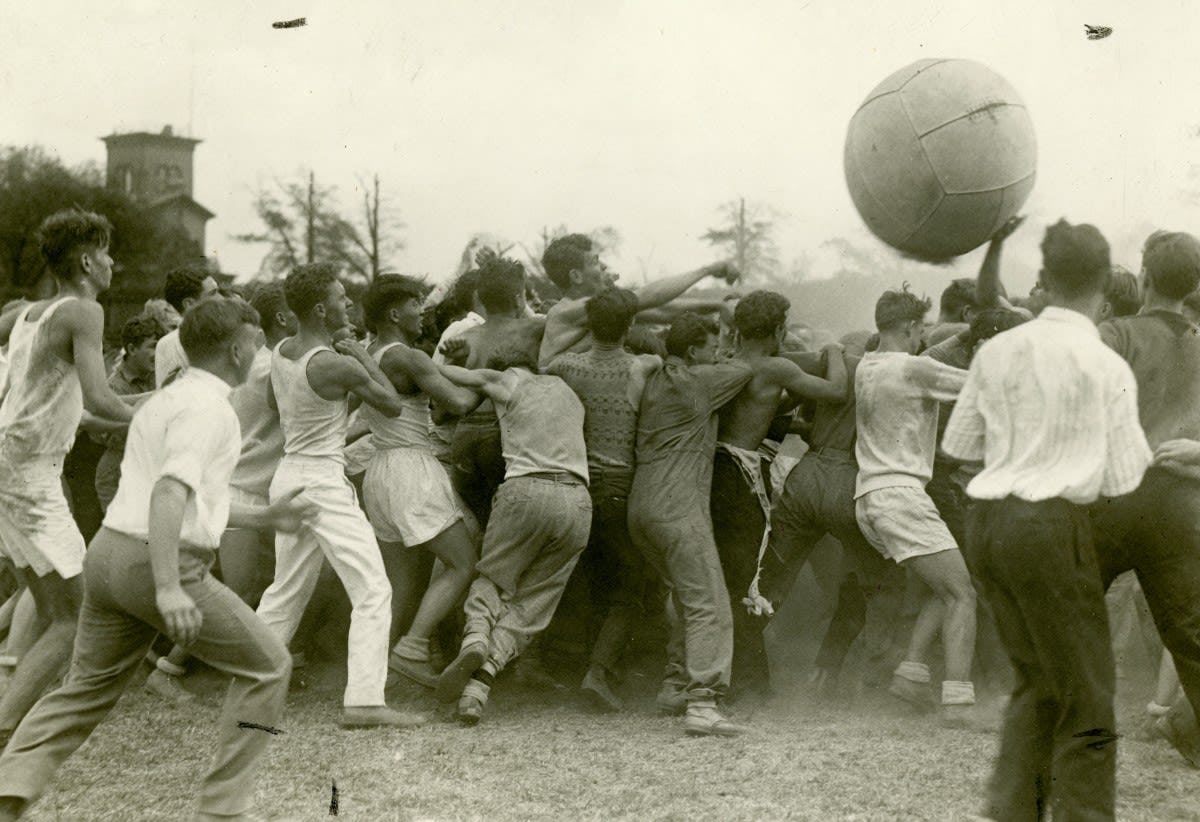 Stevens has a longstanding performing arts tradition stretching back to its earliest years. The varsity shows of the 1920s and 1930s brought together the collective talents of the student body, who wrote, directed and performed a full-length vaudeville show before the public — often held in the ballroom of the historic Astor Hotel in Manhattan. Many of the themes centered around romance, college life and light-hearted lampooning of the faculty and administration. 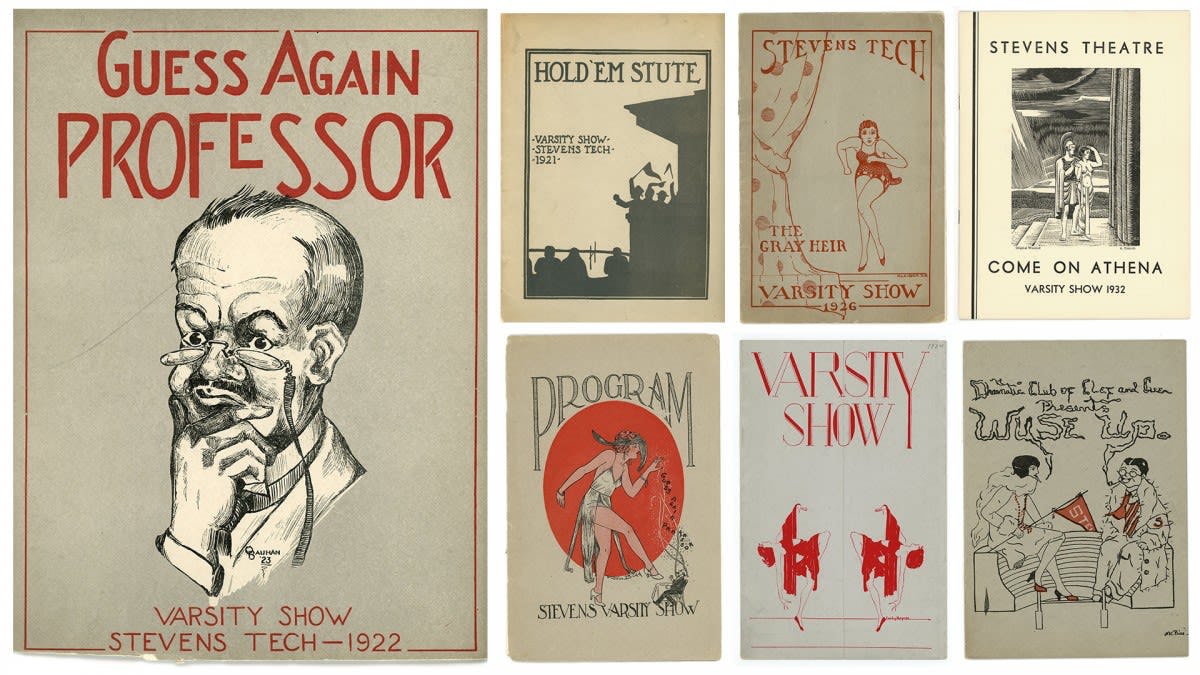 On June 9, 1908, a campus-wide event was organized to provide a setting where “the ties of new and old college friendships could be renewed and strengthened once again.” The event was called Alumni Reunion Day and, along with the usual festivities, included a costume contest and parade! Over a century later, Alumni Day — which over the years became Alumni Weekend — remains a beloved annual tradition for the entire Stevens community (sans the costumes and parade). 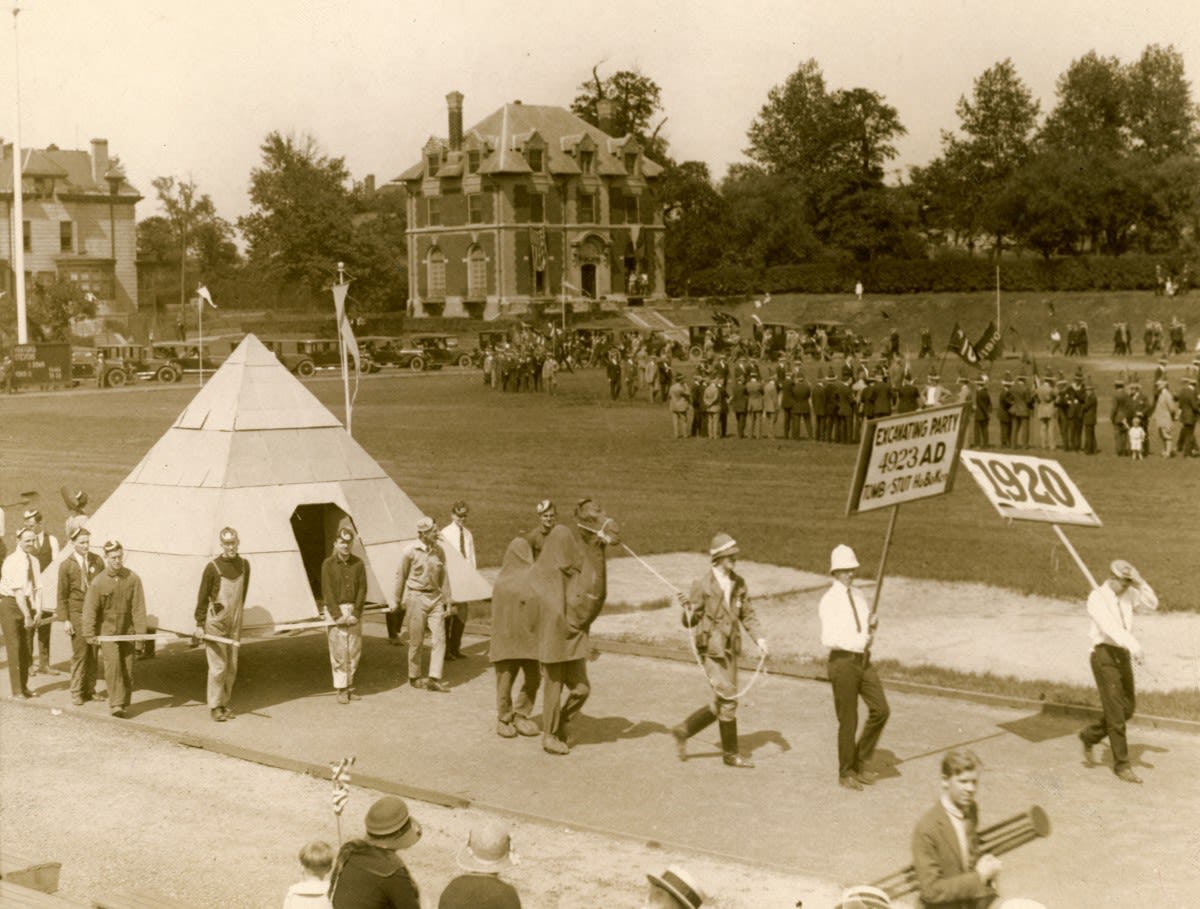 The Wittpenn Walk tradition started in 2018 and symbolizes the start and finish of a student’s academic career at Stevens. During fall Convocation, first-year students make their way up Wittpenn Walk — which is lined with cheering upperclass students, faculty, and administrators — and proceed to the ceremony in Canavan Arena. As seniors, students take a similar path as their first year, only winding down Wittpenn to the Babbio Center, with a sunset toast on Babbio Patio to celebrate the end of their Stevens journey. 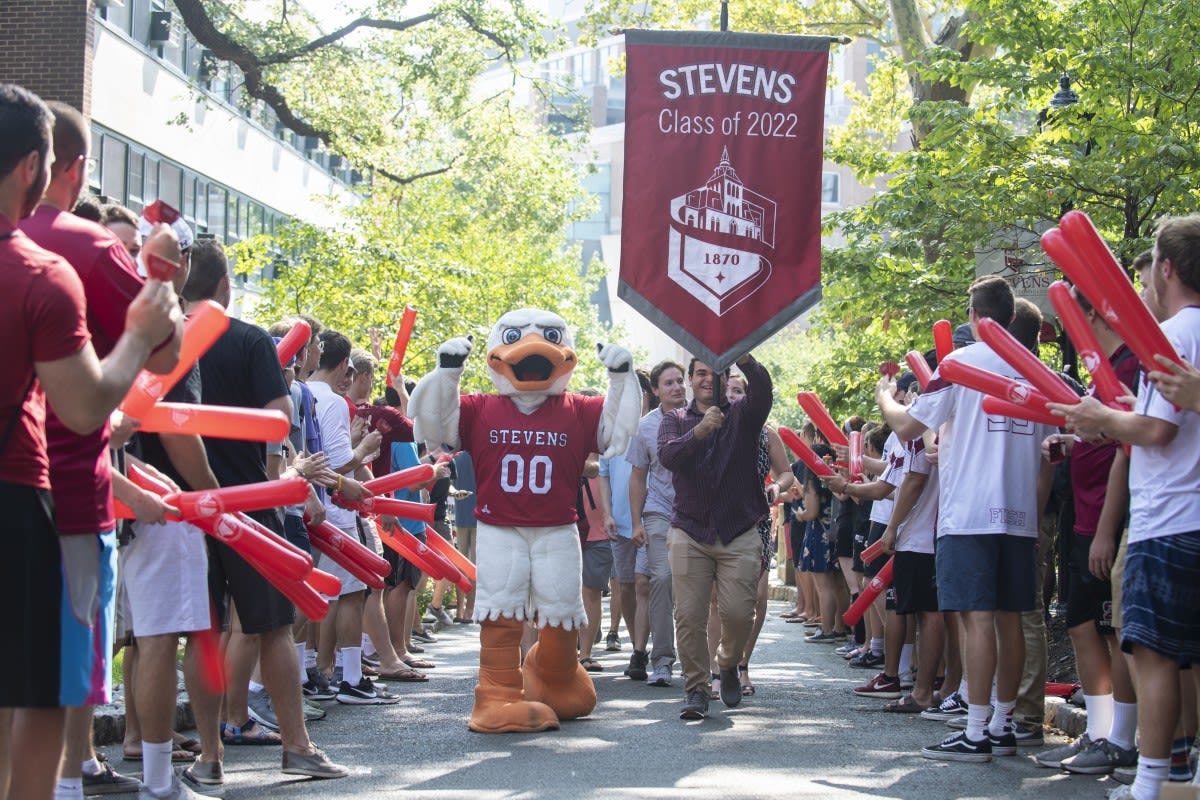