Trading Baseball for the Bar 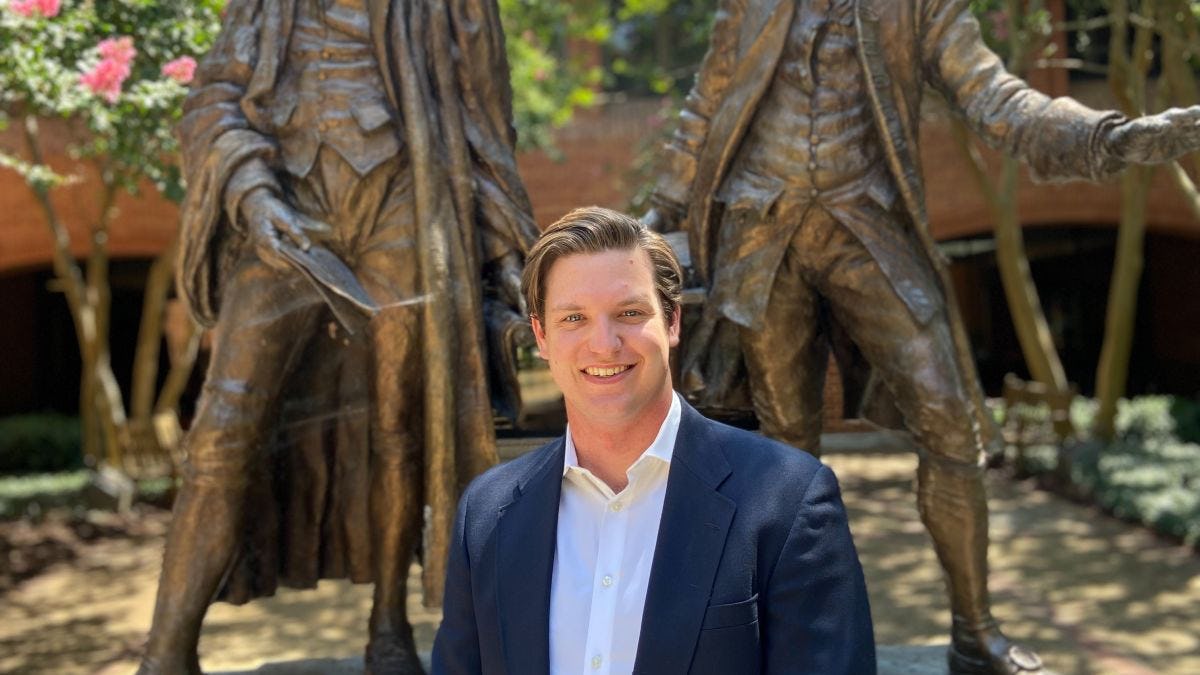 "I'd like to be on the ground and see the fruits of my labor and see how I positively affect [people's] lives," Robert Robbins ’16 says of his choice to pursue a post-baseball career in labor law. He is shown on the campus of William & Mary School of Law.

Closing the door on one career path and embarking on a new one is a daunting task, but College of Arts and Letters alumnus and former Stevens Baseball stand-out Robert Robbins ’16 recently found himself at this crossroads after spending three years pitching in baseball’s minor leagues.

“I would say if you’re not happy with what you’re doing, you should change it, because there’s no reason to go through life doing a career you’re not enjoying,” Robbins says, while acknowledging his privilege to make such a change. “I mean, this is, what, 40 hours a week at least that you’re spending [at work]? Why would you spend it doing something that you know you don’t want to be doing?”

It doesn’t have to be a career low point that sets off a change of course. Robbins’ decision to do so came after what was the pinnacle of his baseball career to date: pitching in a Chicago Cubs spring training game in 2019. He was called in to close a game that 2016 World Series Champion Jon Lester had started, with his family and his grandfather in attendance.

When considering a new career path, listening to the experiences of others can be a good place to start. As a Stevens student, Robbins attended a College of Arts and Letters pre-law professional panel, which inspired him to take the LSAT and apply to law school before his pro baseball career began.

During one baseball offseason, he completed an environmental law internship in Tallahassee, Florida, and his minor-league life experiences introduced him to some of the challenges faced by members of the non-unionized American workforce. Now a law student at the College of William & Mary in Williamsburg, Virginia, he plans to focus on labor law and workers’ rights.

“I’d like to go help workers,” says Robbins, who served as a Peggy Brown Law Fellow at the Laborers’ Union of North America last summer. “I’d like to be on the ground and see the fruits of my labor and see how I positively affect [people’s] lives.”

Thinking about the baseball lessons he will carry into the next chapter of his career, Robbins reaches all the way back to his Stevens days.