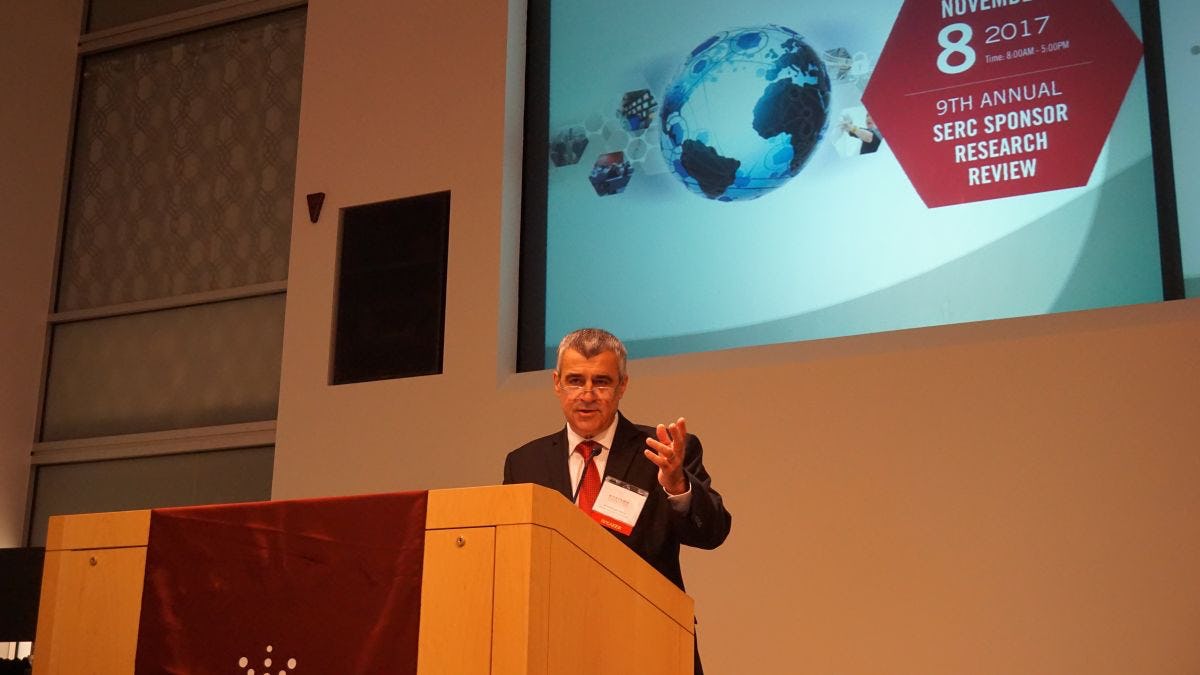 The events, held November 7-8, featured a comprehensive exchange of ideas among academic leaders and government agencies on the most pressing systems challenges facing the defense and intelligence communities. The agenda included discussions on SERC research projects, which span many domains and industries, including finance, telecommunications, computing and transportation, in addition to defense. Additionally, doctoral students at SERC-collaborating universities presented their systems research in discussions and poster sessions.

Mary J. Miller, acting assistant secretary of defense for research and engineering, delivered the keynote address at the SSRR forum on November 8. She discussed the evolving threat landscape, the technology outlook and the priorities for the Department of Defense from an engineering perspective.

The SSRR was attended by about 175 delegates from the government, industry and academic systems engineering research community, a record turnout 35 percent increase from last year’s event.

Stevens and the SERC, a natural partnership

The SERC is a University-Affiliated Research Center (UARC) of the U.S. Department of Defense. It leverages the research and expertise of faculty, staff and student researchers from more than 20 collaborating universities throughout the United States.

In his welcome address, Stevens Provost and Vice President for Academic Affairs Christophe Pierre noted that the SERC occupies a vital and influential position in defense and intelligence communities.

“As a co-leader of the SERC, in partnership with 22 universities and other collaborating organizations, Stevens is mindful of its duty to serve as responsible steward of this nationally important resource,” said Dr. Pierre. “I believe that the SERC and Stevens represent a natural partnership that builds on the university’s historic tradition of service to our nation.”

The strong connection between Stevens and the SERC are based on three factors, Pierre added: “Stevens’ history of contributing to the nation’s defense, its position as home to the renowned Stevens School of Systems & Enterprises (SSE) and its deep commitment to interdisciplinary research and education that focuses on solving critical real-world challenges.”

Vice Provost for Research, Innovation and Entrepreneurship Mo Dehghani noted that the SERC is a centerpiece of Stevens’ research endeavors.

“SERC is one of three National Centers of Excellence where members of Stevens’ world-class faculty and promising students collaborate with interdisciplinary academic and industry partners to perform some of our nation’s most important research,” said Vice Provost Dehghani. “The work presented at the SSRR demonstrated just how innovative SERC’s contributions are, and why Stevens is proud to be part of this vitally important collaborative effort.” 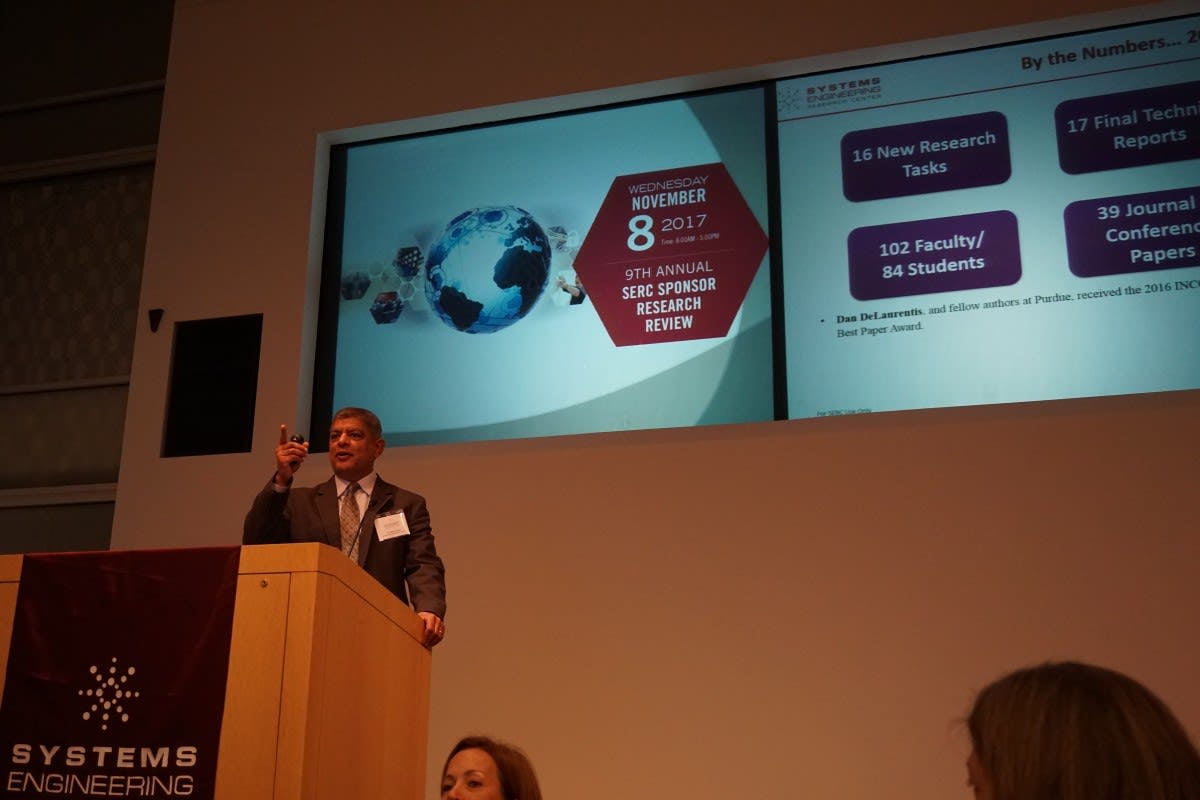 Dr. Dinesh Verma, executive director of the SERC, speaking on the strategic direction of the SERC.

A pioneer in systems research

Systems research at Stevens reaches back to the early part of the 20th century. In SSE’s second annual research review, titled, Exploring Frontiers in Complex Systems, SSE Interim Dean Anthony Barrese provides a brief history of systems research at Stevens and the series of events that led to the founding of both SSE and the SERC. “The sound research conducted at Stevens, the SERC and in global partner universities, has enabled us to build upon essential human capital in the area of systems, at both a national and global scale,” he said.

To date, the SERC has engaged more than 400 researchers since its founding in 2008.