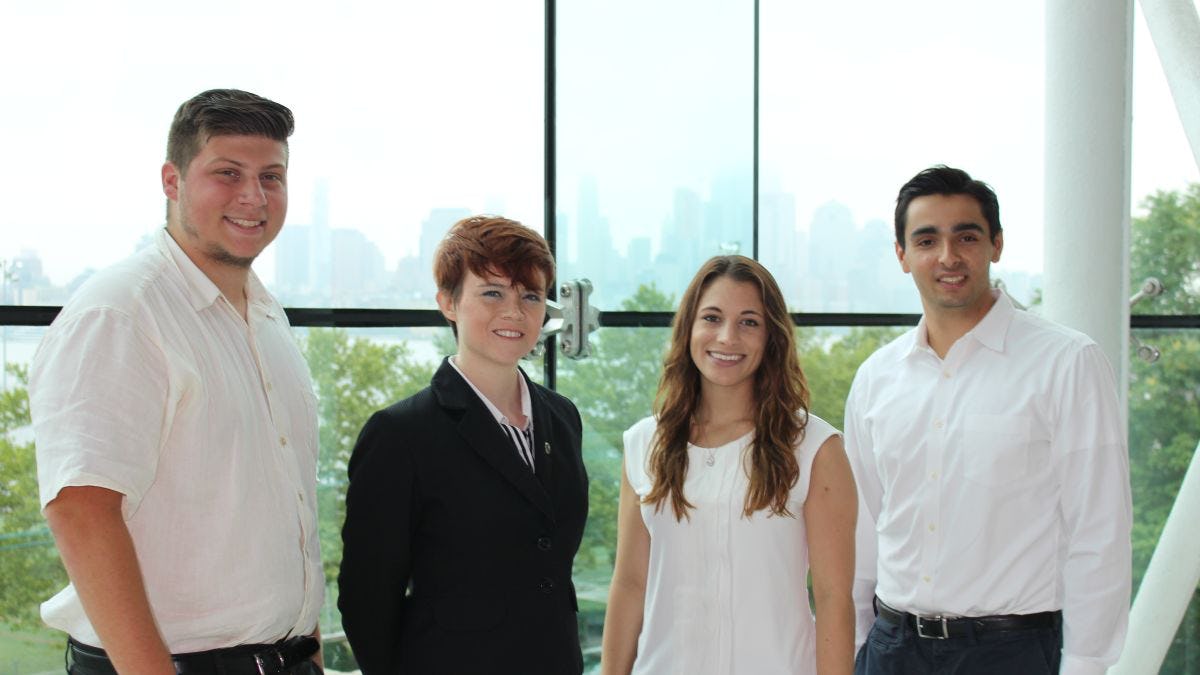 Since the early 1990s, when medical guidance was issued to lay babies to sleep on their backs to prevent sudden infant death syndrome (SIDS), countless young lives have likely been saved.

One side effect of this guidance, however, has been an increase in the number of young children who develop abnormally shaped skulls as they grow. Worldwide, tens of millions of infants may be affected each year to some degree.

Now a Stevens Institute of Technology student team thinks they have the solution.

Flat-head syndrome, or positional plagiocephaly (PP), may now affect nearly one in every two infants aged 7 to 12 weeks, according to one Canadian study of more than 400 infants published in the journal Pediatrics. Even when detected in time, correction of PP requires an expensive and obtrusive helmet.

"Our goal is to make parents realize you can detect PP before you need a helmet," says Joseph Falvo '17, one of a five-member team of Stevens biomedical engineers who developed Cribtonite under the mentorship of professor Tony Valdevit.

Over their senior year together, the team, which also included Chris Sciancalepore '17, Leah Spaulding '17, Julia Stika '17 and Michelle Zanone '17 (Zanone has since moved on) — came up with a patent-pending system that measures infants' heads periodically while they sleep during the first year of life. It takes only a few seconds for the device to obtain a pressure map of an infant's head, using a dense grid of thin, flexible piezoresistive sensors integrated into a mattress pad to collect the data. (A corrective alert still in development would help guide parents correctly place their children on the sensor mat to ensure accurate readings.)

A lightweight multiplexer in the device then collects and routes the data to Cribtonite's software, producing graphical output that can be used to infer the shape of the head.

"The contact area between a baby’s head and the sensor grid will increase if the infant’s head begins to flatten," explains Falvo.

Now the team is developing an algorithm that might, if it works, be able to detect early signs of PP by comparing each reading with the infant’s previous pressure profiles. Unusual patterns of growth could be set to trigger an alert via smartphone, and parents could then follow up with physicians to — for example — seek guidance on repositioning their children or make other changes to prevent the progression of PP.

"This would be a preventative measure, rather than a corrective measure," emphasizes Sciancalepore, who is continuing master's studies in mechanical engineering at Stevens while he helps the team develop the venture.

The team filed a provisional patent application with Stevens in May, and was also recently inducted into the National Academy of Inventors' Stevens student chapter.

Although formal Food and Drug Administration (FDA) approval may not be required for the device, the team may seek it anyway.

"Our preliminary market research suggests that parents feel more comfortable using FDA-approved products, so we may apply for some form of regulatory approval," says Falvo. "We're researching what is available."

The software, note the team members, could also potentially be adapted to signal serious health issues with sleeping infants or to power a monitor that would alert caregivers of hospital, hospice and other bed-confined patients that those patients should be repositioned to avoid decubitus ulcers ("bed sores") or other complications caused by remaining in one position for long periods of time.