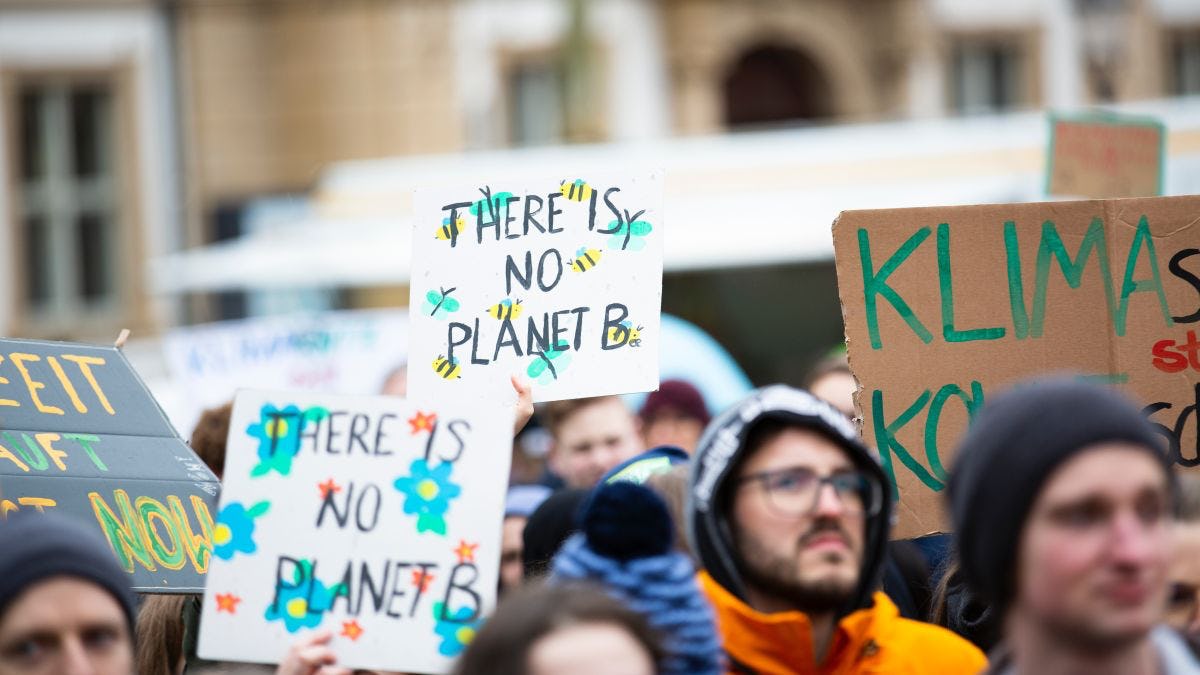 While major societal changes are most needed to impact climate change, Philip Orton explains how individuals can make a difference 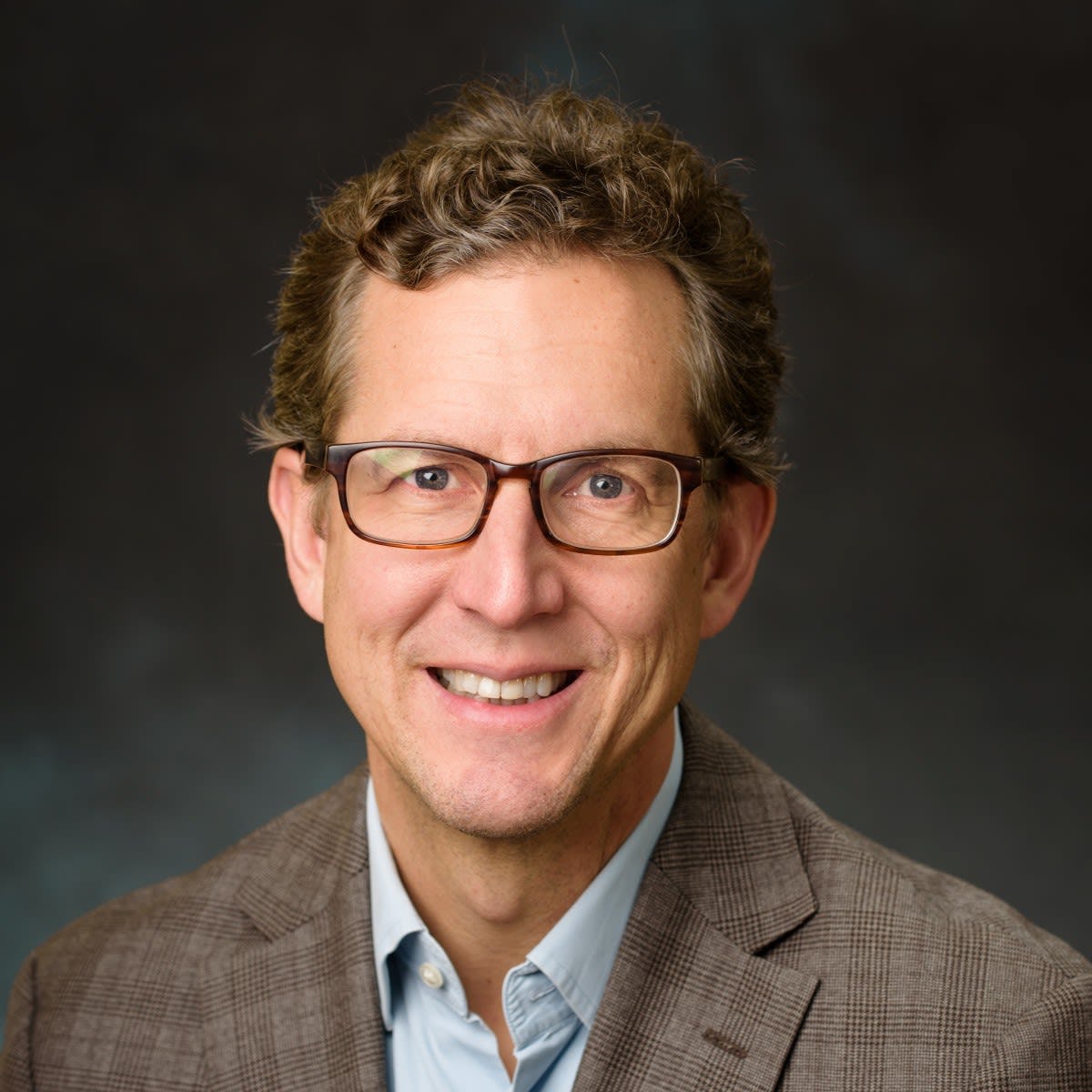 Today is Earth Day, a movement created with the intention of diversifying, educating, and activating the environmental movement worldwide. Although Earth Day provides a wonderful opportunity to bring awareness to the increasingly urgent needs of the planet, these issues need more than a single day out of the year to create lasting, meaningful change.

Philip Orton, Research Associate Professor of Ocean Engineering in the Department of Civil, Environmental, and Ocean Engineering, studies physical oceanography and ocean engineering. One of his major areas of research is the impacts of climate change on coastal flooding, with an emphasis on sea level rise in particular. Much of his work since Hurricane Sandy has been focused on the adaptation to as well as the mitigation and reduction of flooding.

But Orton hasn’t always been this passionate about the environment and the impacts of climate change.

“In college I drove my car more than anyone else I knew,” he said. “I grew up in the highway suburbs of the Motor City. When I went to University of Michigan, I often drove to class and sometimes parked illegally on the sidewalk.”

A turning point came for him when he was an undergrad, before he even began to delve into climate science research. “I took a class with an influential professor who showed the multi-century impact of climate change.” The class sparked the beginnings of a change in Orton that hasn't been extinguished since.

In 1999—five years after taking that college course—Orton sold his car. “First I spent a month seeing if I could live without a car by committing to not using it and leaving it parked,” he said. “I was in a very bikeable city in Oregon and there was a light rail. On average, my commute was longer, but I could use the time reading and brainstorming about my research without distractions.”

Orton hasn’t owned a car for twenty years now. “Living in New York City, most people don’t have a car, but in Oregon it was a little more unusual to go out clubbing at night by bike,” he said. “Many more people bike there now, but it’s still only ten percent of the population. Even in a city that’s famous for biking, most people own a car.”

With a home in the suburbs of New Jersey, Orton and his wife sometimes feel like they’re the only ones in the area who don’t own a car. “It works well because we’re near the rail line,” he said. “I have a bike trailer for grocery shopping.”

Orton is also committed to composting and recycling.

“It makes me feel better not to leave behind organic material in a garbage dump that’s just rotting and emitting methane,” he said.

He acknowledges that, beyond being kinder to the planet, there are also practical benefits to composting. “The garbage doesn’t stink,” he said. “It doesn’t attract animals or rodents anymore.”

Although Orton does follow “the three R’s” (reduce, reuse, recycle) in his own life, he acknowledges that the small actions of individuals may not have as great an impact on climate change as people would like to think. Personally, he would rather see widespread, global change.

“I don’t see recycling as actually being that important relative to climate change, but I still do it,” he said. “I like the sense that I’m leaving less trash behind in a hole in the ground, somewhere.”

To reduce his carbon footprint, Orton also avoids flying unnecessarily. “If I’m going across the country, it’s going to be a week-long trip, hitting multiple destinations, not back and forth.”

He also acknowledges that without widespread governmental intervention, no one individual can completely erase their personal carbon footprint. This is just the side effect of the way society is structured. “We have a city apartment and a suburban house to heat, and I fly sometimes,” he said. “Occasionally, we use Uber or borrow a car. My carbon footprint is not zero by any means.”

“New Jersey is not going to become a bunch of bikers and walkers tomorrow. There’s this massive infrastructural challenge when you have such sprawl, and multi-decadal changes in society that would be needed,” he said. “People like me help move markets a little, but in the long run it’s governmental and broader societal change that needs to happen.”

What everyone can do

Orton says people often ask him what they can do to make impactful changes on an individual level. “People ask things like, should I walk twice as much, reduce flying or become vegetarian?” he said. “I tell them to write their senators and let them know they are concerned about this problem. It’s societal change at a bigger level that needs more activism, instead of people driving less.”

“Small individual changes do help. It makes it clear that people have skin in the game; they’re willing to do something,” he said. “But these changes don’t solve the problem.

There are things individuals can do on a small scale that are good and make us feel better. The more people who do them, the better; but it’s really about sending the message that these are the things that matter and that people are willing to make the societal changes that would be required on a broader scale. While composting, recycling, and otherwise reducing individual carbon footprints are definitely important, what’s more important is contacting local leaders and voting for officials who are invested in implementing policies that will lead to those bigger governmental changes.

“New Jersey and New York are states that are really doing a lot, and we’re doing that because people say and show that it matters,” he said. “The move to offshore wind power is a huge positive. In a decade we’ll be getting our power from turbines off-shore as a result of current efforts. Even if the federal government isn’t doing anything, east and west coast states are doing a lot.

“Moving from fossil fuels toward having wind power offshore means we’ll be able to retire our coal plants and natural gas power plants,” he said. “We can drastically reduce carbon emissions to the atmosphere. Moving to wind power is a huge positive for climate change.”

Orton also recommends that people run their air conditioning on higher and their heat on lower. “It’s really weird to me that in the summer some people want 68 or 70 degrees indoors—a colder setting than they use in winter, even though they’re wearing fewer clothes,” he said.

He also suggests installing solar panels on roofs. “Waiting for state and federal government action is one approach,” he said. “But there are tax benefits for having solar power.

Orton also acknowledged that with the way society is structured, many people in New Jersey do need cars. He pointed out that the US auto industry’s main profit is driven by sport utility vehicles (SUVs). “Heavy vehicles designed to ride on mountains are really not that useful in New Jersey,” he said. “It would be nice to see people drive smaller, lower-emissions and higher efficiency cars. SUVs are being promoted heavily, and sales are trending in the wrong direction right now.”

“In the near-term, one can make a difference by buying a hybrid car with high fuel efficiency,” he added. “With our current electricity supply, much of the power for an expensive electric car still comes from fossil fuels. However, amazingly, in about a decade an electric car will be far better because the coastal seabreeze will be indirectly powering it.”

The Stevens and Hoboken advantage

The Stevens community has a special advantage of being located in the extremely walkable, bike-friendly Hoboken, where public transportation is incredibly accessible. “It is very realistic and perhaps advisable for members of the Stevens community to not own a car,” Orton said. “When someone considers owning a car, they should weigh the costs of transit (or bike) and rent in a walkable, more urban neighborhood, versus the costs of rent and car costs.”

While Orton believes that we gain personal benefits of living “greener” lives, these changes need to be enacted on a much larger scale to make a broad impact. Still, he believes that it’s important—and fulfilling—for us all to do our best to reduce our carbon footprints.

“Hopefully governments around the world will do more. But we can do a little and send messages that it’s actually important,” Orton said. “As a climate impact scientist, I’d feel like a hypocrite to tell people that this problem needs to be solved and not be doing these things myself. And decades from now, I’ll be happy to look back and know that I was part of the solution.”