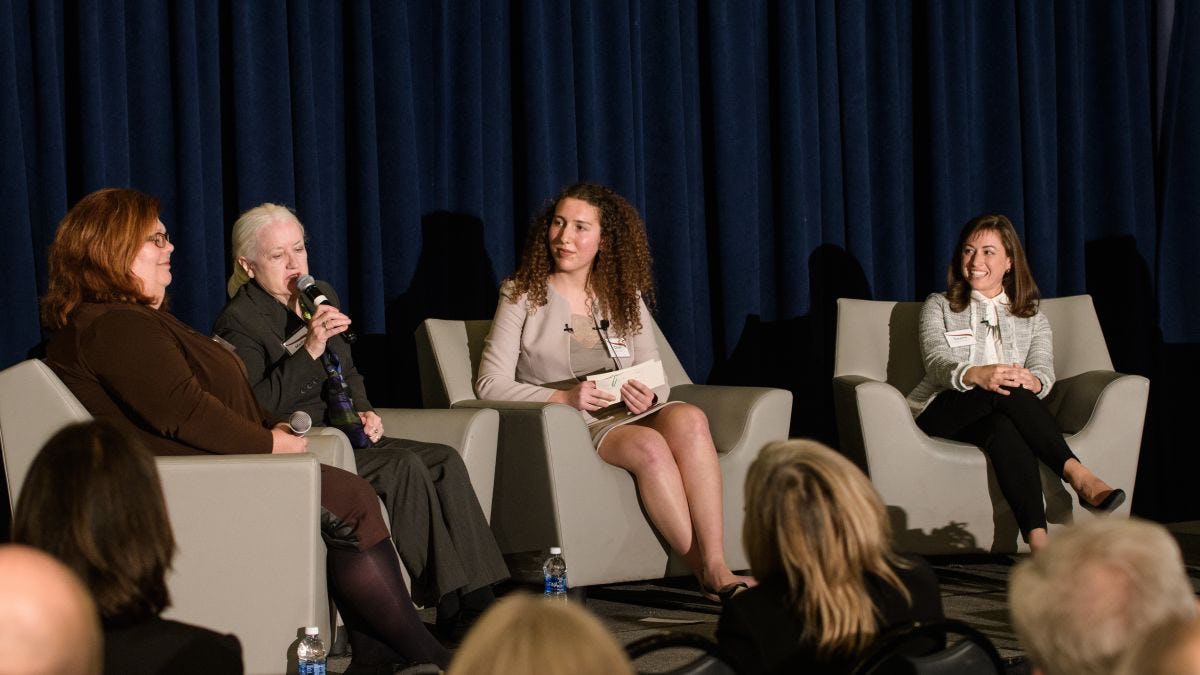 Stevens Institute of Technology alumni, faculty, staff, students and invited guests came together March 30 for a “Celebration of Women in Leadership at Stevens” to mark the relaunch of the Lore-El Center for Women's Leadership. The 4,500 square foot Victorian-style house on Castle Point Terrace, which provides a unique living and learning experience for undergraduate women at Stevens, will undergo renovation this summer to become a vibrant hub on campus for women’s programming. The event celebrated the women who came to Stevens (which went went co-ed in 1971) and realized their potential in STEM fields, inspiring future women leaders to follow in their footsteps. 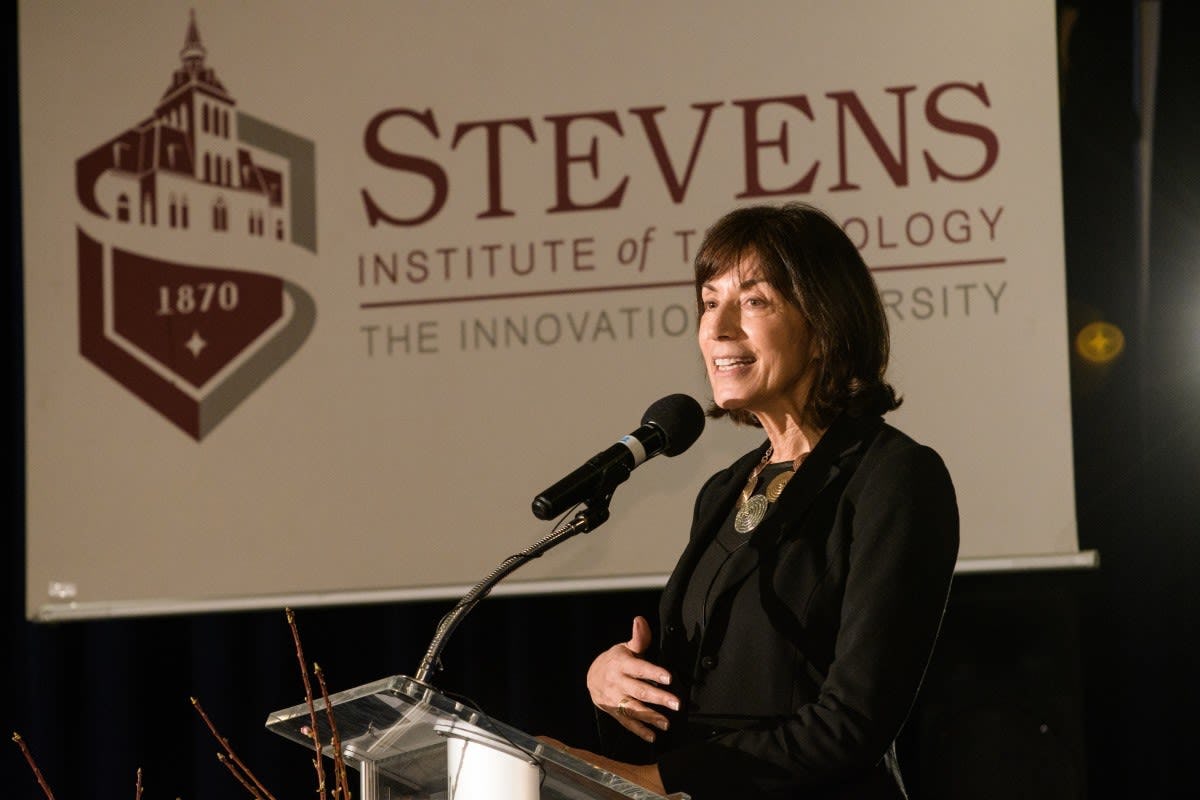 In her opening remarks, Susan Metz, executive director of diversity and inclusion at Stevens, paid tribute to Lore E. Feiler, an entrepreneur industrialist whose dream it was to establish a center for women she wished had existed when she was auditing courses at Stevens in the 1940s.

Feiler made sure to express that vision in no uncertain terms, according to Metz, who vividly recalled a meeting in which Feiler fiercely stated, “Women don’t need special treatment! Women need a place where they can discuss their work and lives, share challenges, celebrate successes and learn from the experience of other women.”

Such a place became a reality at Stevens when Feiler’s generous support helped to establish the Lore-El Center in 1998. The center was named in her honor in 1999.

Stevens President Nariman Farvardin recognized the legacy of other historic female figures, chief among them – the wife and widow of the university’s founder, Edwin A. Stevens. It was Martha Bayard Stevens, he noted, who bore the responsibility of establishing a "school of higher learning" as per her husband's will and bequest.

He also used the occasion to acknowledge the many contributions of the current first lady of Stevens – Hoveida Farvardin, an executive at the World Bank and an accomplished engineer. A “die-hard advocate of the history of Stevens and the Stevens family,” Mrs. Farvardin has led initiatives to identify, archive, restore and promote the variety of artifacts, books, patents and paintings belonging to the university. She plays a leadership role at Stevens in many other ways, including providing counsel and sharing her experiences with female undergraduate students. 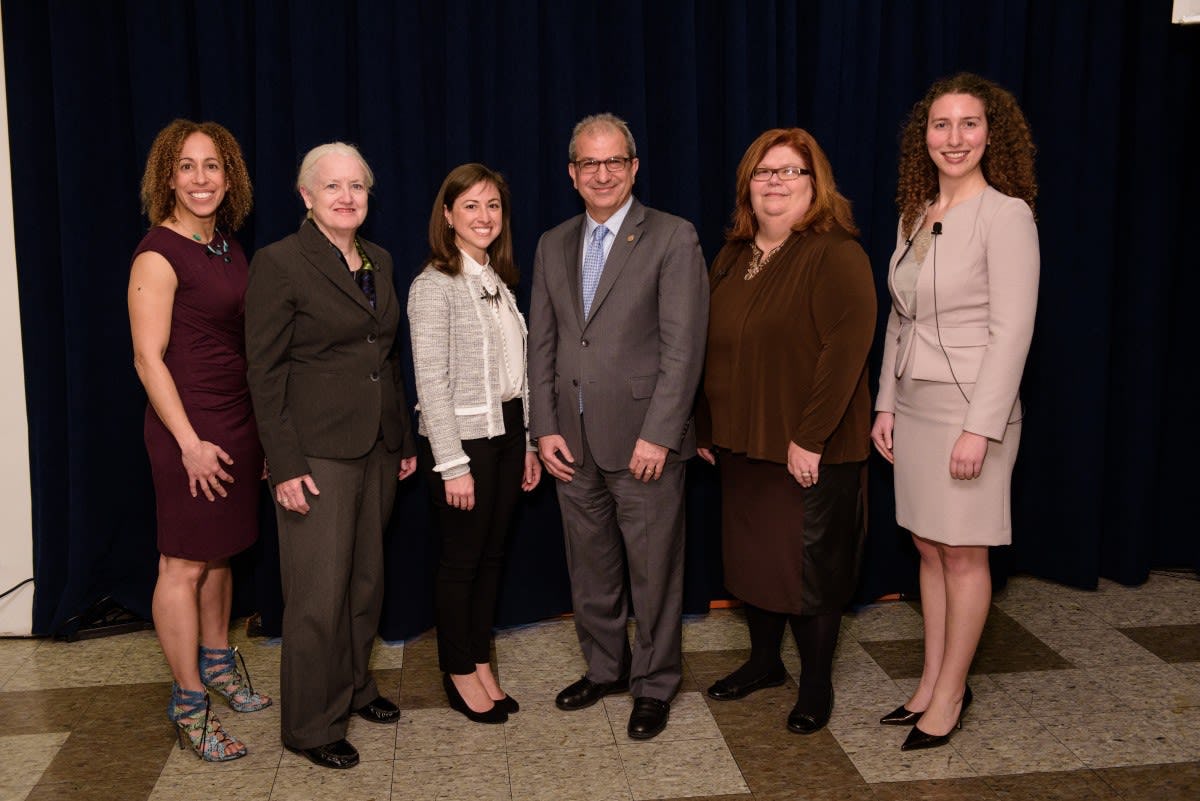 In sharing memories of their time at Castle Point, the panelists emphasized that the discipline and training they developed at Stevens laid the ground work for post-graduate success.

“As tough as the material was, outstanding professors really sparked an interest in you to continue and want to keep doing it,” said Cannon, vice president of commercial engine programs at Pratt & Whitney.

“The hard work that I encountered at Stevens was a precursor for all that had happened afterwards in my career,” said Connolly, director of bio-entrepreneurship at the University of Maryland and a member of the first undergraduate class of women at Stevens.

A revamped Lore-El Center offers exciting possibilities for current and future female undergraduates by providing an important “home base” that will pay dividends in the long run, according to D’Addio, an associate principal scientist at Merck.

“[Stevens] is such a special place in terms of the shared experiences that we have, and how that frames our perception of the world around us,” she said. “The center offers a great way to cultivate relationships with the people that you can touch base with when you’re facing a challenge in your job.”

Having a community to turn to for advice and counsel is especially valuable for women as they move up the career ladder, said Dorival Paglione, director of strategic initiatives at ORCID, a non-profit organization that identifies researchers, scholars and innovators and ensures they are connected to their work across disciplines, borders and time.

“There are so few women at the highest levels of leadership at any organization that it’s really easy to become isolated. Having a center for women at the undergraduate level is so important because I didn’t know that that was something I should have or that I should be trying to foster until many, many years later.”

The initial phase of the renovation of the Lore-El Center will transform the first floor of the residence and provide a dedicated space for programs such as a women’s speaker series, alumni networking events, professional development and job shadowing opportunities. 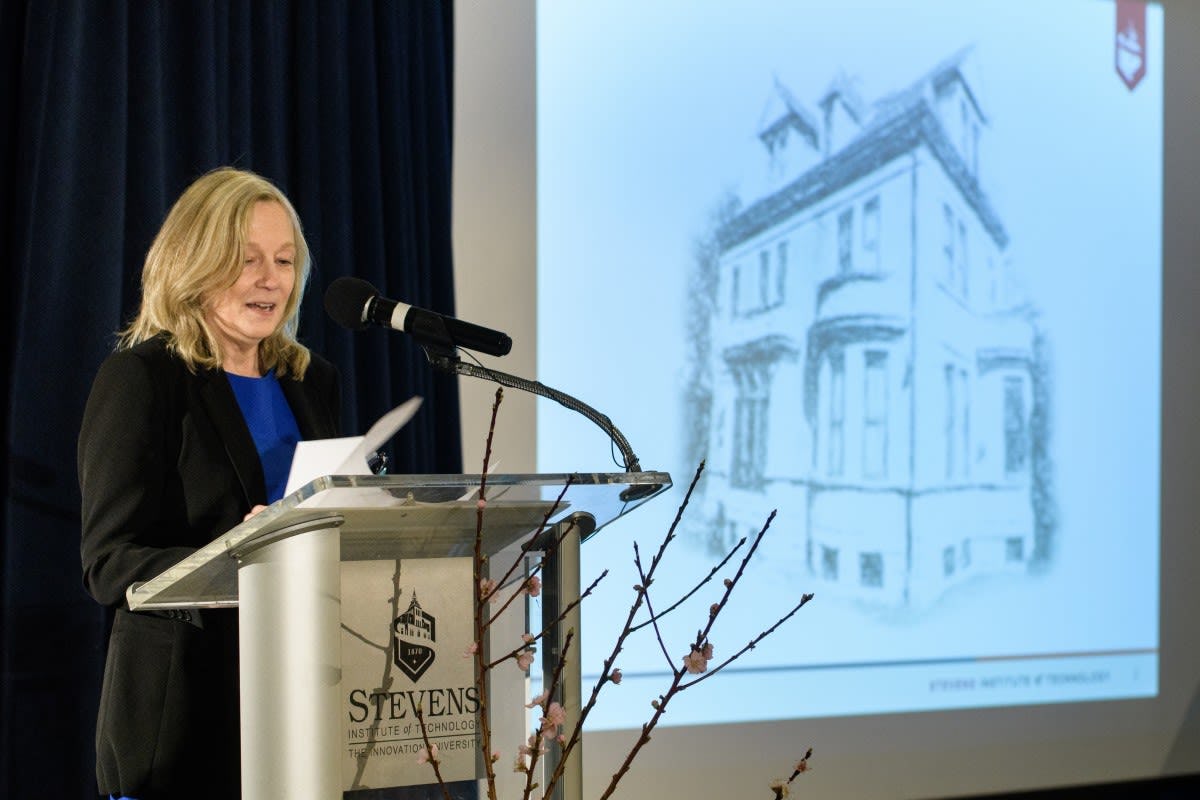 “The vision for the Lore-El Center of today builds on the original established over 20 years ago: to empower our female students by creating a nurturing and inclusive environment where they can thrive and be successful,” explained Marybeth Murphy, vice president for enrollment management and student affairs.

“Our goal is for Stevens to be known as a place that nurtures and graduates the best and the brightest women – women who will change the world and make it a better place.”

To learn more about the Lore-El Center for Women's Leadership, including its history, programs and events, visit stevens.edu/lore-el-center.