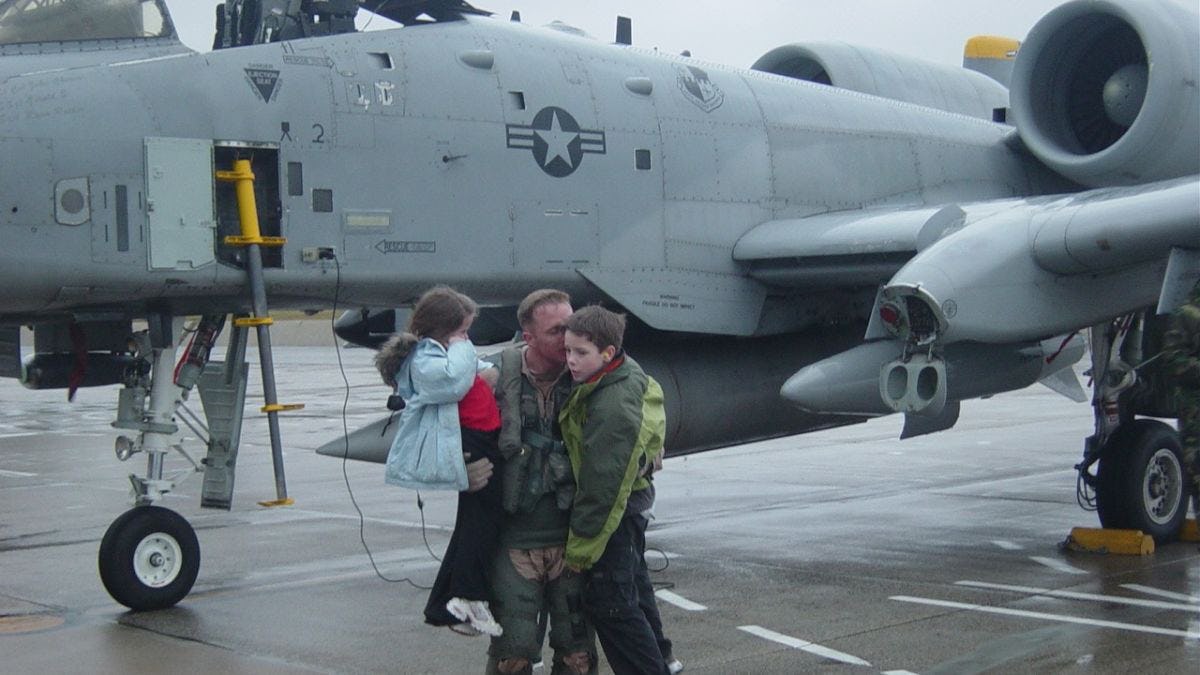 Cherrey is greeted by his daughter, Jenna, and his son, Andrew, after returning from Afghanistan in 2005.

On a wall just outside Colonel John’s in the Wesley J. Howe Center hangs an American flag in memory of the September 11, 2001, terrorist attacks. The flag was flown over Afghanistan from Bagram Air Base on September 11, 2003, by then-Lieutenant Colonel John Cherrey ’88, to honor those who lost their lives that tragic day. Stevens was very much on his mind during that mission, he recalled. The World Trade Center was an ever-present backdrop of life at Castle Point for the 29-year Air Force veteran (now retired) who rose to the rank of brigadier general.

“I had a beautiful view of the towers from my room in Davis Hall during my freshman year. And to see the skyline changed is emotional for me to this day. After I flew the flag that night, I sent it to the president of Stevens with a certificate and a note about how I enjoyed the view and how meaningful it was to me,” he recalled. 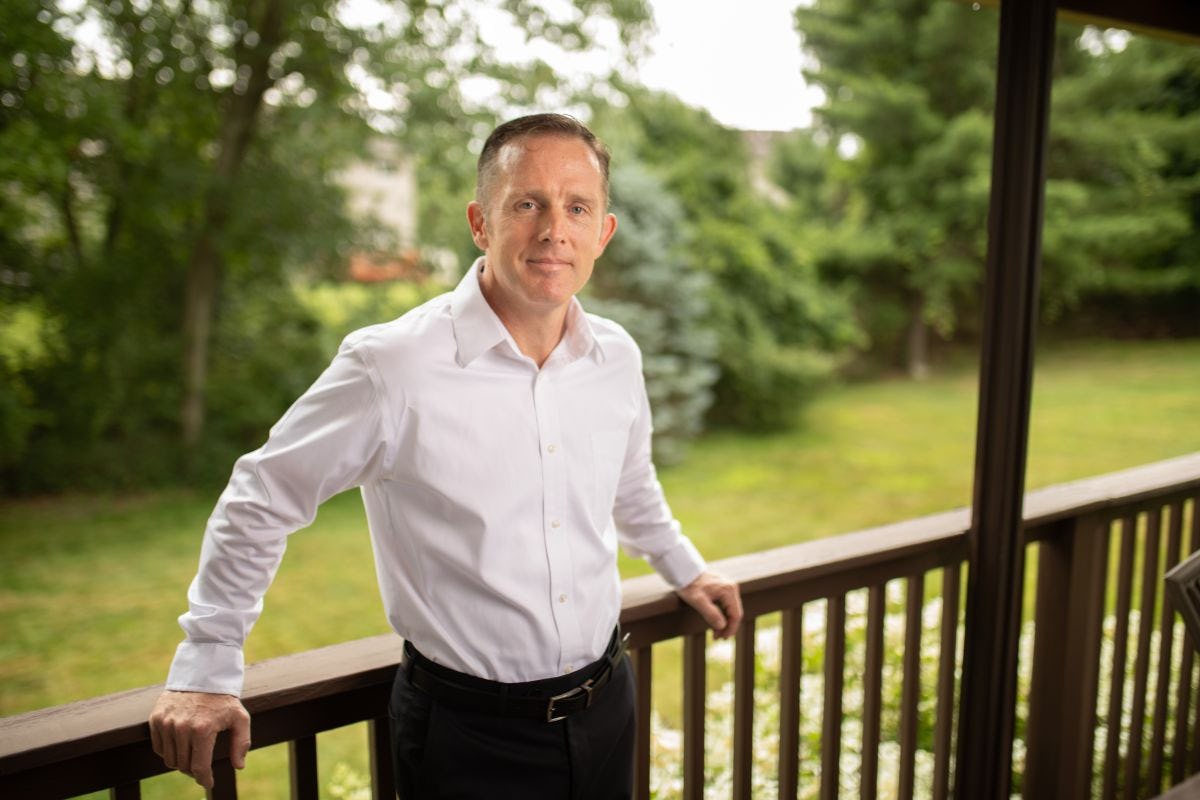 A native of Dumont, New Jersey, Cherrey was not the first in his family to attend Stevens. Older brother James ’87 was already at Stevens when John decided to enroll through the Air Force ROTC program in pursuit of an electrical engineering degree. He would later change his major to engineering physics.

“Initially, I didn’t want to follow my brother,” he revealed, “but Stevens was the best school for what I wanted to do. And when I was accepted, the Air Force provided a career path and motivation for me to succeed.”

At Stevens, Cherrey was a member of Delta Tau Delta fraternity, vice president of the weight-lifting club and a resident assistant. After graduation, Cherrey waited nearly a year to begin pilot training. He filled the time working as a quality assurance engineer at an IBM plant in Kingston, New York. While he viewed his time at IBM as a positive one, he said the experience convinced him that he wasn’t suited for working in an office setting.

Prior to his training to become a fighter pilot, Cherrey had been on a plane just once as a passenger on a commercial flight.

In pilot training, he was typically given a stack of books on regulations and about the airplane to learn and absorb in a month’s time. In this regard, Stevens had prepared him for the steep learning curve.

“Stevens certainly has a reputation for a bit of a firehose effect in terms of how much you have to learn and how quickly you have to learn it. But even beyond that, the way Stevens approaches learning helped me both understand the physics and science of flying,” he noted. 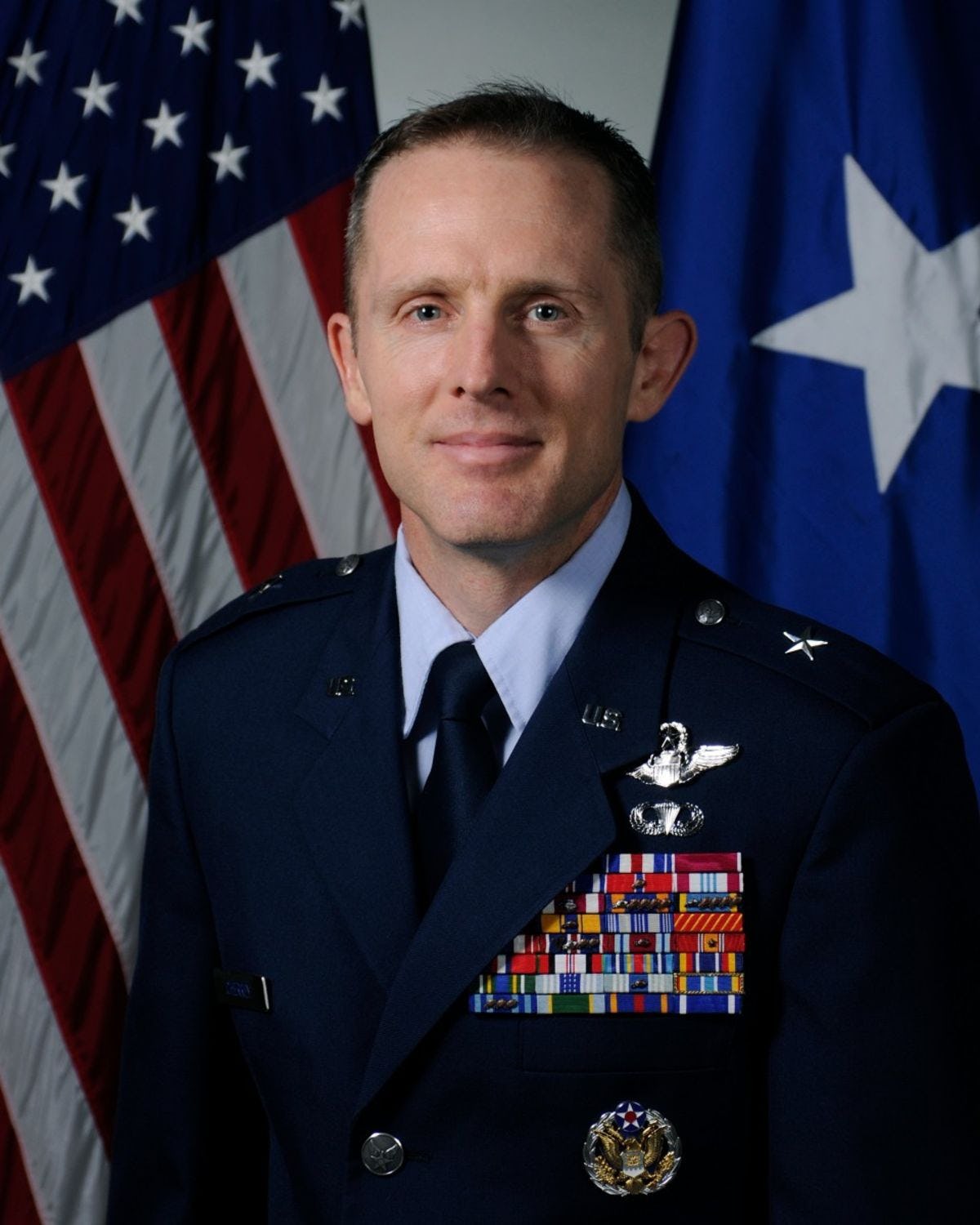 Even with the Stevens advantage, pilot training was unlike anything Cherrey had ever experienced. He would have to apply his newfound knowledge almost immediately in an actual plane.

“When you’re in the air, or even in a simulator, you don’t have the luxury to stop and recall all your book knowledge. On top of that, you needed the physical coordination and dexterity to be able to do it well. So there were plenty of times where I thought I may have gotten myself in over my head.”

The level of difficulty would only heighten as Cherrey moved on to advanced training to learn how to employ an airplane, an A-10 Thunderbolt II, as a weapon system.

“In pilot training, we’re typically flying by ourselves and, at times, flying next to another plane in formation. But in that case, the other plane is being cooperative. In advanced training, you were always in a duel with someone who’s trying to outdo you. And every sortie was that way,” he explained.

Cherrey would go on to be deployed to South Korea, Kuwait, Germany, Italy and Afghanistan. While deployed in Italy, he saw up close the Balkan wars of the 1990s and experienced what he described as his “first real combat mission.”

He was involved in Operation Allied Force in 1999, which involved strikes against Serbia and Kosovo, and earned the Silver Star for his critical role in the successful search and rescue mission of an F-117 pilot in enemy territory.

“Going into Serbia knowing that the Serbs were trying to shoot us down and had successfully shot down a stealth airplane like the F-117 certainly gave us a lot to think about in terms of how we were going to get in and out of that area unscathed.”

Cherrey’s heroism was saluted by President Bill Clinton in his State of the Union address in 2000. That year, his alma mater presented him with the Stevens Honor Award.

As Cherrey looks back on his near-three- decade military career, he reflects on how different the current geopolitical landscape is from when he started with the Air Force.

“When I graduated from Stevens, there were two nuclear superpowers and the Soviet Union was our main threat. What you have now are multiple adversaries and conflicts around the world that are harder to define. The Air Force recognizes that and is trying to educate officers in terms of how to deal with all that complexity.”

Cherrey retired from the military in 2017, and now works as a corporate pilot for Verizon.

“The transition from military to civilian life isn’t always easy and a military resume doesn’t read the same way in the private sector. So I feel fortunate to have joined a company that is recognized for supporting military people.”

A father of two, Cherrey, who lives in Orange County, New York, credits daughter Jenna and son Andrew for making it possible for him to perform his military duties.

“My kids are extremely resilient. My daughter was born in Germany and my son in Las Vegas. They had to move every two to three years. And there were years where they didn’t see a lot of me. Their acceptance and understanding of what I did made it a lot easier on me to serve the country in the way I was able to do.”