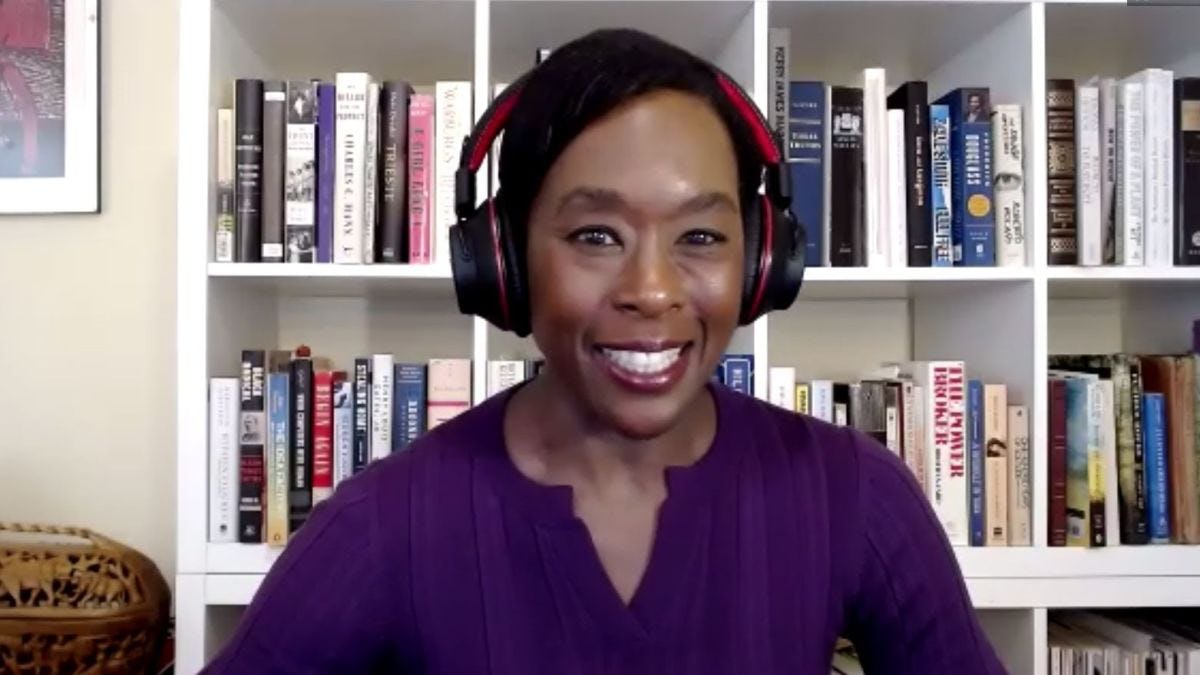 One of the great underreported stories of 20th century America is the story of “women sitting in rooms doing math,” according to Margot Lee Shetterly, the featured speaker in Stevens Institute of Technology’s Excellence Through Diversity Lecture Series held virtually September 16.

Shetterly arrived at this conclusion during her extensive research in writing her New York Times’ best-seller, Hidden Figures: The American Dream and the Untold Story of the Black Women Mathematicians Who Helped Win the Space Race.

Hollywood adapted the story to much acclaim. The film version of Hidden Figures went on to achieve box office success and three Academy Award nominations, including one for Best Picture, in 2016.

Shetterly’s talk, "Recognizing Hidden Figures in STEM Today," was originally scheduled to be held in March, when the Stevens campus closed as a result of rising coronavirus cases.

Rescheduled as a virtual lecture, Shetterly opened her remarks by connecting the current global pandemic to the individuals and social issues highlighted in Hidden Figures.

Katherine Johnson’s life, she pointed out, bookended two pandemics. She was born in 1918, the year of the “Spanish flu,” the last time a deadly virus caused a global pandemic, and passed away at the age of 101 earlier this year in February when the scale of the COVID-19 health crisis came into sharper focus for governments and societies around the world.

The current coronavirus epidemic, Shetterly says, has exposed longstanding inequalities in our system just as the Spanish flu did a century ago.

“Although we’re living in a different moment, I still believe the stories of these women and the lessons from their lives are just as relevant [today],” she noted, as she went on to share her thoughts on why this history has struck a chord with people today and what it can teach us about our current moment. 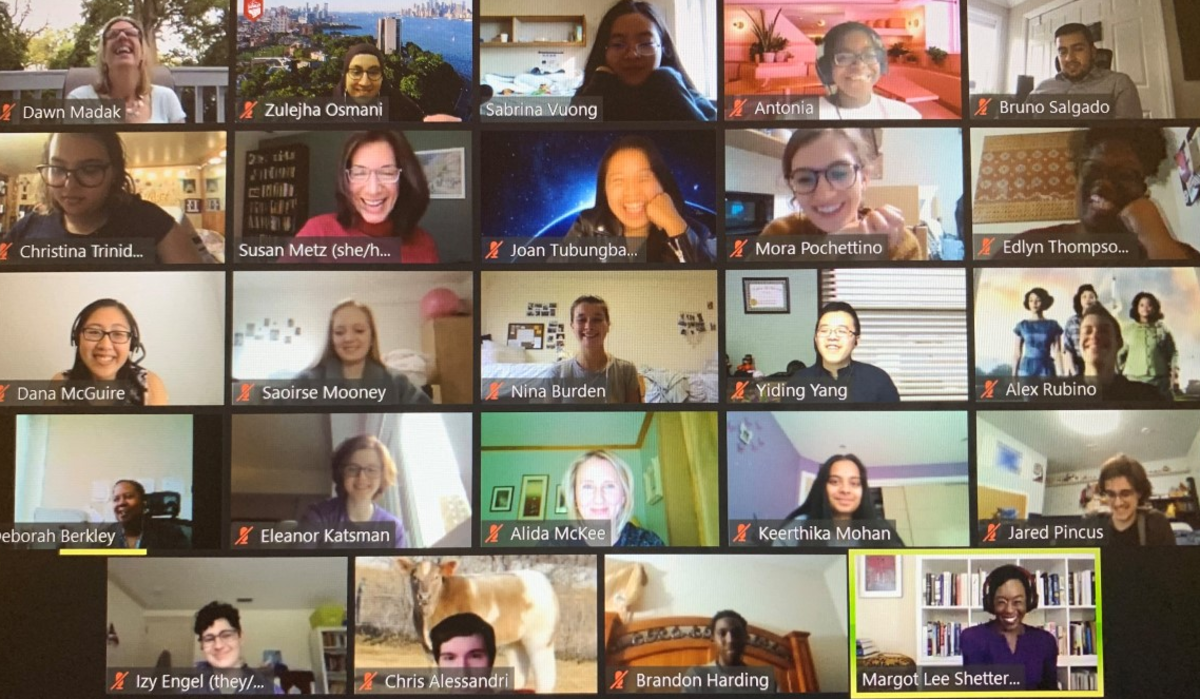 Stevens students and staff participated in a "meet and greet" with

Shetterly’s interest in writing about the women in Hidden Figures stems from her own upbringing. Her father was among the early generations of Black NASA engineers and scientists, providing Shetterly with direct access to NASA executives and the women featured in the book, including Johnson.

Additionally, Shetterly grew up in Hampton, Virginia, around the historically Black university Hampton University where some of the women in Hidden Figures actually studied.

The women in Hidden Figures faced tremendous discrimination. But despite growing up in segregated neighborhoods and attending segregated schools, both by race and by gender, the fact that they were able to work at NASA at all was the result of protest responses to racial inequality from WWII and the Civil Rights Era, Shetterly explained.

“Those earlier moments in our history were very contentious at the time,” she said. “Those movements made it possible for Katherine Johnson to work at NASA, which in turn made it possible for my father, who was the next generation, to become an atmospheric research scientist at NASA, and for me and my siblings to become successful professionals, including my youngest sister who is a data scientist and a cancer researcher.”

It’s important to recognize, Shetterly added, that while the women in Hidden Figures were exceptional, none of them had to be the exception. They were part of a cohort of female mathematicians from all backgrounds at NASA that grew to be several hundred strong between the 1930s and 1960s.

That history, she says, can inform us in how institutions can engage people from all demographic groups in the STEM enterprise along the educational and career continuum.

“Hidden Figures is quintessentially an American story that shows us what’s possible when we push people, no matter who they are, what they look like, where they’re from to step out of the shadows of the past to begin imagining our shared future,” Shetterly noted.

Shetterly’s address to the Stevens community and the Excellence Through Diversity Lecture Series was made possible with support from the National Science Foundation, and was sponsored by the Office of the President/Diversity and Inclusion, Center for Faculty Engagement and Advancement, the Lore-El Center for Women's Leadership and Division of Development and Alumni Engagement.

“Four hundred students, faculty, staff, alumni, trustees and friends attended the zoom talk. As moderator, it was clear from the 65 questions, comments and praise posted by participants that they were inspired, curious and engaged.  This event celebrating Stevens 150th anniversary was a memorable one,” said Susan Metz, the university’s executive director of diversity and inclusion.

This material is based upon work under Grant No. 1311792. Any opinions, findings, conclusions or recommendations presented in this material are only those of the presenter grantee/researcher, author, or agency employee; and do not necessarily reflect the views of the National Science Foundation.