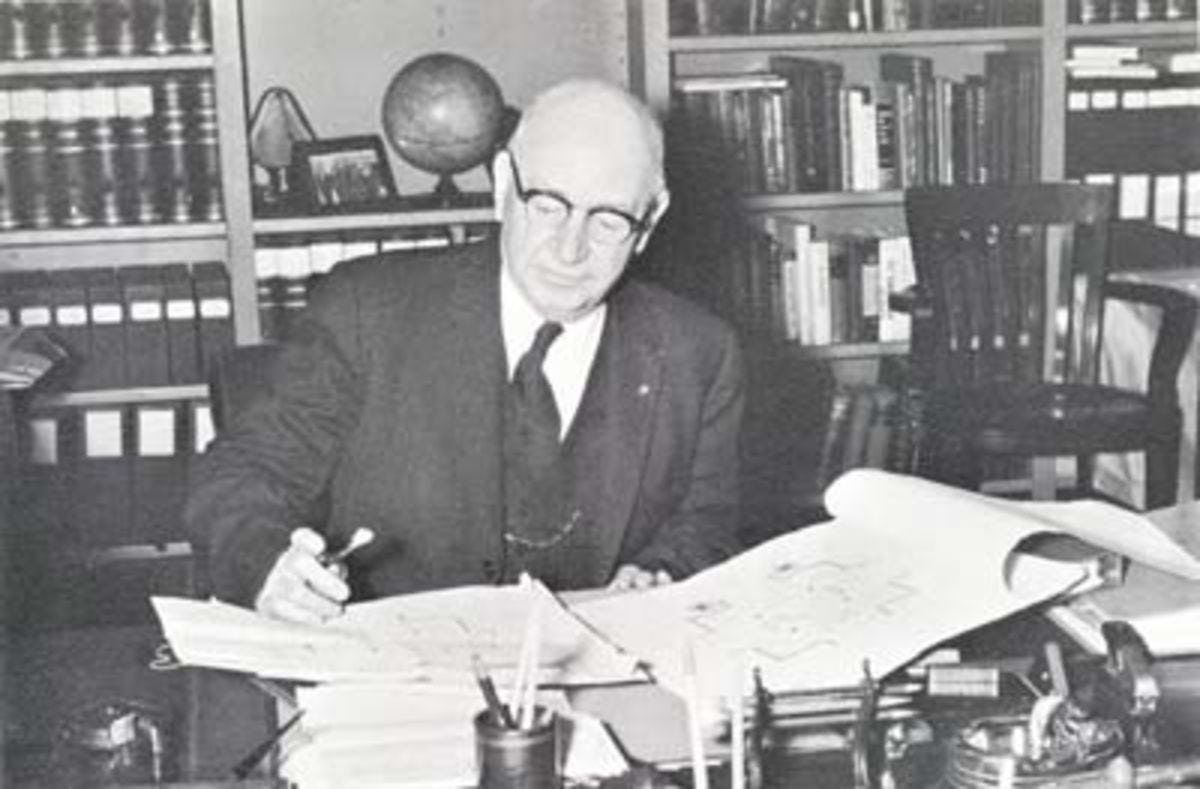 Longtime affiliates of Stevens Institute of Technology remember Sam Williams (1894-1968) as a mentor to countless students during his decades of service to the school. In May 1969, the Institute honored Mr. Williams as a devoted alumnus and faculty member by naming its new library building after him. A 1915 graduate in mechanical engineering, Mr. Williams served in World War I and worked two decades as a consultant and engineer before returning to Stevens in 1948 to teach industrial engineering. He spent his entire academic career at the Institute, becoming a full professor in 1959 and professor emeritus of economics and engineering in 1964.

Outside of the classroom, Mr. Williams worked as the treasurer of the Alumni Association from 1959-1965, and he was the fund captain of the class of 1915 for many years. He was instrumental in securing a $750,000 Centennial Fund donation that allowed Stevens to establish a professorship in electrical engineering.  He also authored several scientific studies and a history of West Orange, New Jersey, his life-long home.

In 1952, he began his affiliation with the Stevens Library when he was named Curator of Special Collections. He chaired the Committee for Planning the New Library from 1962 to 1965, but he died in November 1968 -- five months prior to the groundbreaking for the building.