Laboratory of Pharmaceutical Chemistry and Engineering 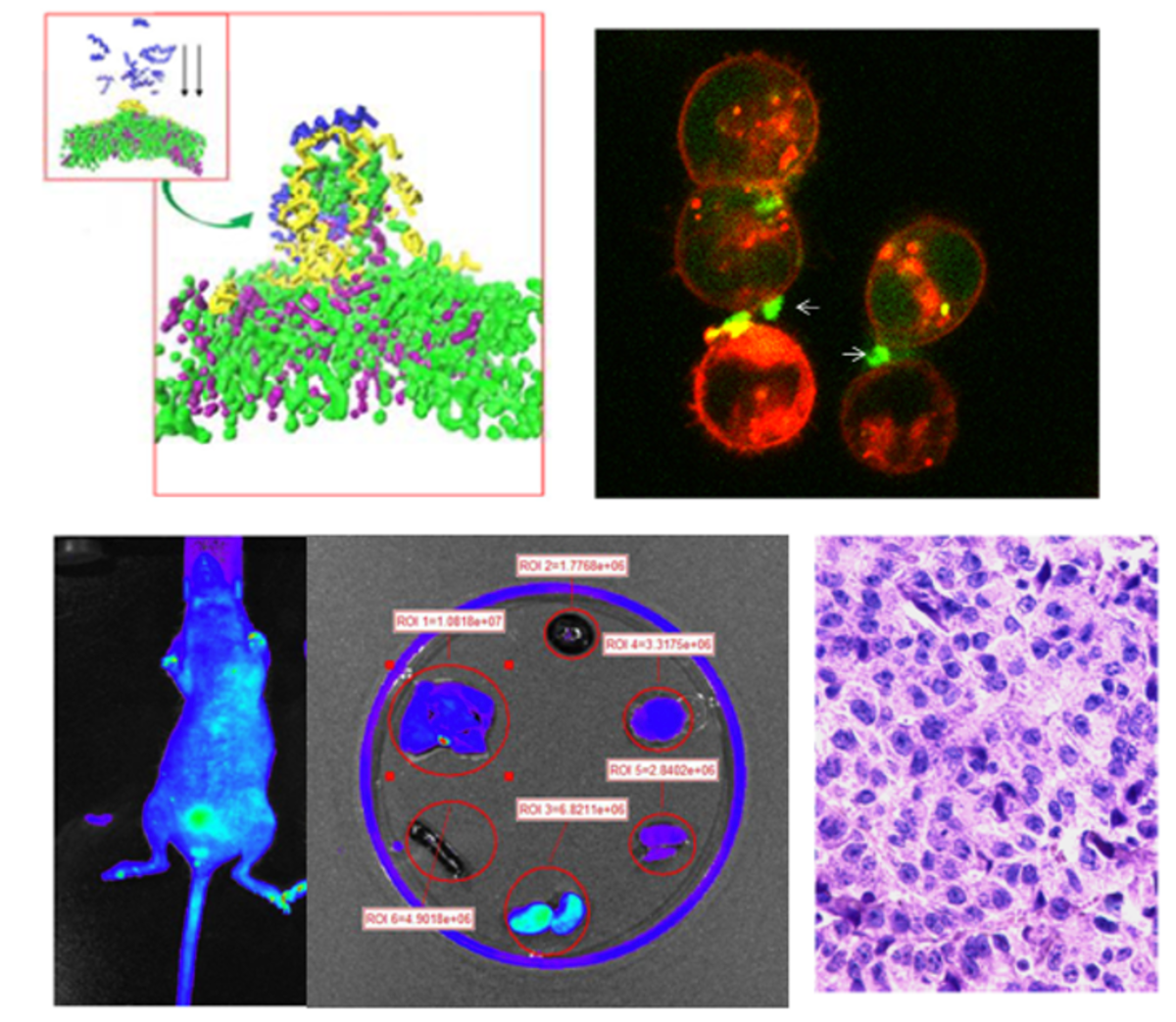 As biologically active molecules and therapeutics, peptides have many unique and unbeatable features in comparison with proteins. Bioactive peptides regulate many physiological processes, acting at some sites as endocrine or paracrine signals and at others as neurotransmitters or growth factors. These peptides have many positive impacts on human health, including antimicrobial, antifungal, antiviral, and antitumor activities. Over the last decade, there has been a rapid expansion in the study on peptides, and this is likely to continue. We are interested in a new peptide design and delivery technology aimed at developing new therapeutic peptides for a wide array of pharmaceutical applications. The two focuses of our current peptide project are:

B) Bacteria Responsive Materials for Medical Device Infections and Bio-Fouling

Any solid-liquid interface provides an environment for microorganism attachment and growth to cause biofouling. Biofouling is a growing global problem, occurring on a wide variety of surfaces, including industrial or potable water system piping, natural moist surfaces (bottom of boats and docks), living tissue (oral cavity), and biomedical devices. Biofouling in industrial water-based process accounts for billions of dollars lost each year. In addition, as the use of biomedical devices and implants increases, indwelling device infections represent life-threatening circumstances and account for the majority (> 80%) of hospital acquired infections. Because of the risk of resistant mutants and biofilms, classical antibiotics are not effective. Current antibiotic impregnation is not an ideal approach due to its many unsolved problems including a short life-span, narrowed antibacterial spectrum, ineffectiveness towards resistant mutants, and the potential to hasten the antibiotic resistance process. We are working on polymeric antibacterial surfaces designed specifically for implants associated infections. Surfaces constructed from polymeric antibacterial can sense bacteria attachment and kill bacteria by inducing autolysis. Biomedical (catheters, stents, orthopedic and dental implants, wound dressing, and antibacterial textiles) and wide industrial applications of new antibacterial materials (metals and various polymers) are being explored.

Melanin is a highly adhesive naturally occurring pigment which has been studied for decades. A variety of melanin like polymers have been used for a wide variety of applications including: biosensing, antibacterial coatings, and drug delivery. The properties of these polymer coatings including the hydrophobicity and surface potential are key determining factors of the effectiveness of the applications. Through the introduction of copolymers and the tuning of the reaction conditions, the utility of the polymers can be enhanced.