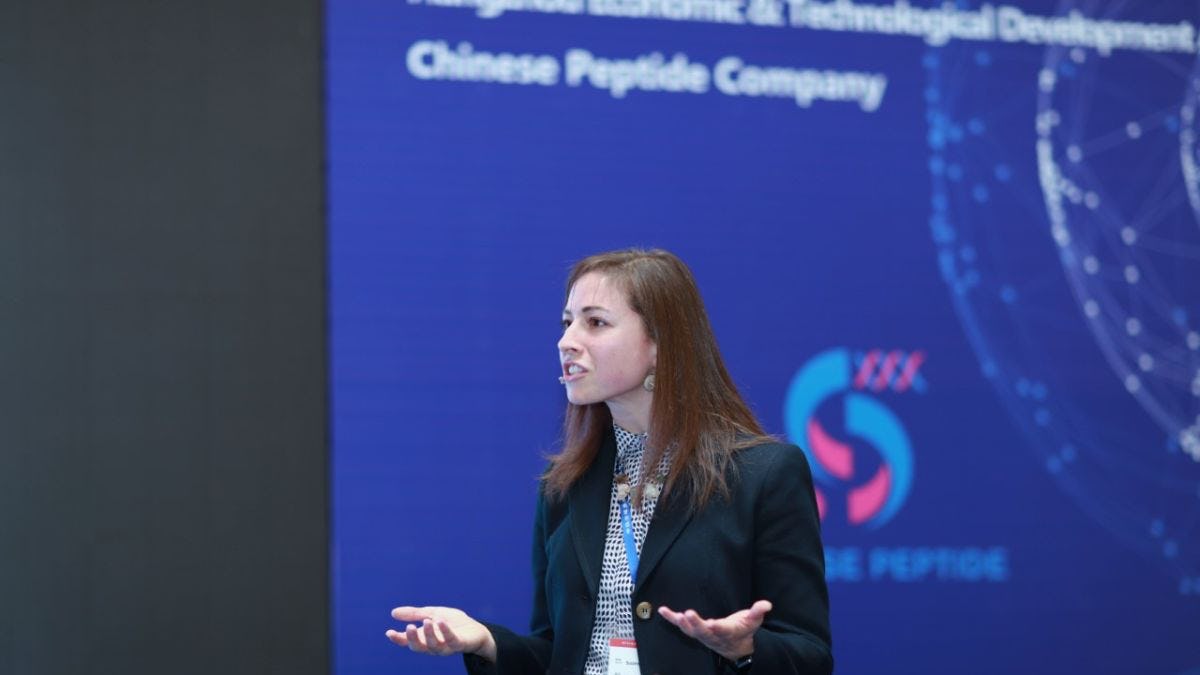 Suzanne D’Addio ’07, the current director of discovery pharmaceutical sciences at Merck & Company, continues to thrive in her career 15 years after receiving her bachelor’s degree in chemical engineering at Stevens Institute of Technology. Although she said the milestone came up quickly on her, it was clear that the university greatly shaped her perspective and guided her to where she is today.

“I realized how impactful my Stevens education was,” she said, emphasizing that upon entering the workforce, she better understood the challenges thrown at her. “Stevens gave me a leg up in that arena.”

Now, at her current job at Merck, she is tackling areas that involve pressing societal challenges. In the research labs, the focus is on vaccines and medicines while searching for a discovery that could “improve human health broadly.”

“I love it,” expressed D’Addio, who completed her doctorate in chemical and material engineering at Princeton. “I’m convinced I have the best job in the world.”

She confessed that it’s a difficult career path, though, with incredibly challenging goals to meet. When you’re looking for that life-changing breakthrough, she said, most of the time you’re not going to find it — or at least not right away. It takes time.

“You need to celebrate the little victories,” she expressed, citing a useful data set as example. “I think that people who work in research learn that with time.”

And most things will ultimately fail, or at least take a lot of amending. But, she said, “you put your best effort into everything you do.”

Given that, part of her job is to keep people motivated and engaged.

“You have to work really hard to get to these places,” she shared.

Due to the importance of the work, any breakthrough is celebrated, and there is a sense of pride that comes along as well.

“It’s an attitude of gratitude,” is the way D’Addio described how proud she was.

As she embarked on her professional journey, D’Addio became more aware of how Stevens prepared her for the moment and the difficulties she would encounter.

“I realized how impactful my Stevens education was,” she said, emphasizing that upon entering the workforce, she better understood the challenges thrown at her. “Stevens gave me a leg up in that arena.”

“The curriculum was challenging,” she added, highlighting the importance of multitasking, which was maybe the most significant adjustment to the workforce. Her coursework, for example, helped prepare her to “operate with a high-degree of efficiency” after graduating — something she didn’t fully realize until much later.

Arriving at this moment was not entirely expected when D’Addio was first dabbling in coursework. Back in high school, she actually saw herself more in the IT world, but she quickly discovered that coding wasn’t her strength.

She did attend a pre-summer program at Stevens, which she said was useful, but even before that, she drove through Hoboken and thought the Stevens area was “adorable.”

Then, upon further review, D’Addio became convinced that Stevens was the right choice.

“Stevens had so many things to get engaged in,” she said. Beyond her strict academic career, D’Addio reminisced about her time at the university radio station, WCPR, where she became general manager. Sometimes, it’s the combination of factors that can culminate in a truly memorable Stevens experience.

Naturally, as D’Addio looked back, she recalled days in the library, engulfed by work. Perhaps most notably, those memories contain some goofing around and laughs with friends, who helped make college more lighthearted through all the challenges.

“My classmates kept me engaged, and we banded together,” she recalled. “There was an unspoken resolve.” Overall, her bond and friendships, she said, made the work “more enjoyable.”

She credited Adeniyi Lawal, chair of the department of chemical engineering and materials science, for creating a competitive environment and for pushing students further.

“He raised the bar on my own expectations on the difficulty of challenges I could conquer and the problems I could solve,” D’Addio said.

She maintains a high level of respect for her professors, something she believes many also share. In her view, that admiration was “palpable” during her time at Stevens and she was glad her professors set high standards for students. To her, the “rigorous” coursework served to “help breed success.”

Still, one of the realities of going through college is that not everyone shares the exact level of commitment — at least D’Addio’s persistent approach. She explained that there would be moments when students were separated into groups to tackle a project. Even back then, she knew she was a manager of people and stepped up to get the best job done.

“I try to reinforce working with a high-degree of rigor and not take things at face value,” she said. Not every student’s standards were the same as her own, however, requiring her to figure out a path towards achieving the goal. “You need to find a way to motivate people to get there,” she added.

Giving back to the community that launched her career

Immediately following graduation, D’Addio made an effort to stay engaged with the Stevens community. Once she was established in her career, exploring those opportunities became easier. From 2016-2018 she served as vice president of the WCPR Alumni Association and was a volunteer on Stevens Alumni Association (SAA) committees starting in 2015.

“I think the opportunities to direct philanthropy to engineering design projects are a wonderful way to enable the academic departments, and I have done so in the past,” D’Addio said. “I did have a few ad hoc interactions with members of the faculty over the years and have found that there are many small ways to support the school, such as providing perspectives or helping to make connections, that can really make a difference.”